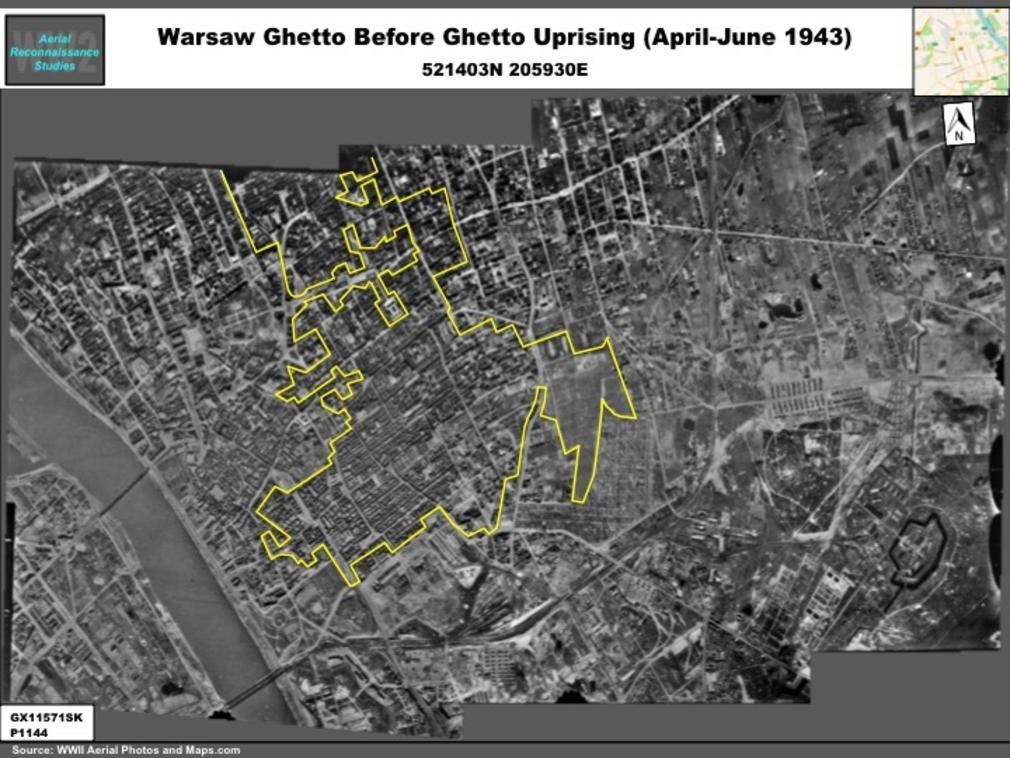 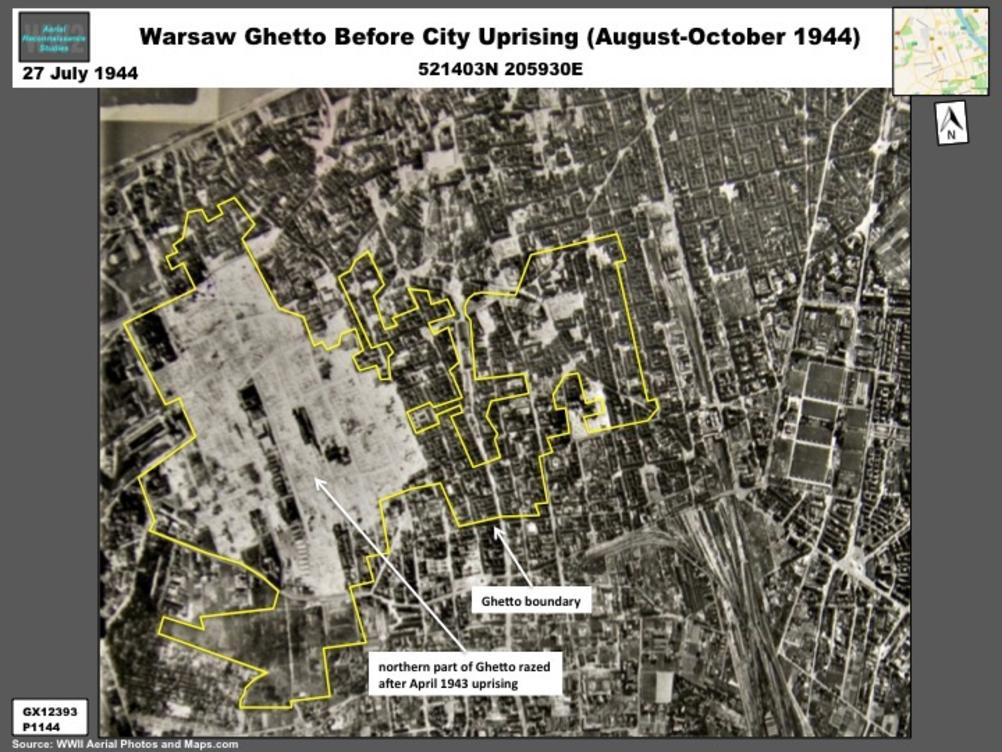 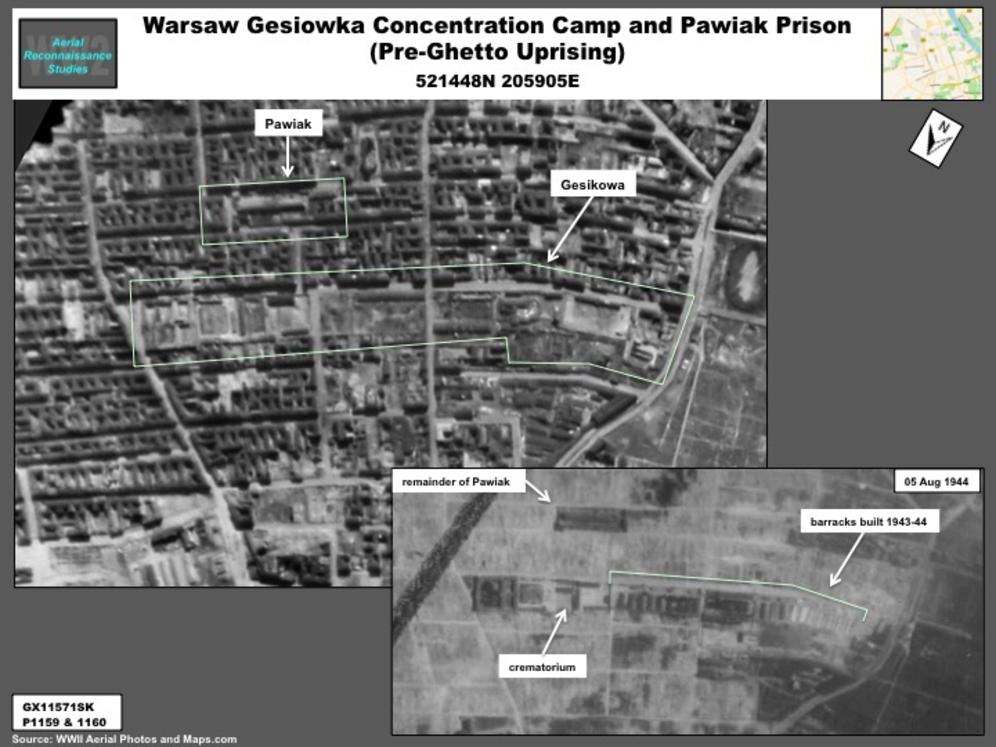 This set of graphics depicts the Warsaw Ghetto and related areas before and after the Ghetto Uprising between April and June 1943. Graphic 1 shows the northern and southern ghetto areas intact. After the uprising the northern section was razed (Graphic 2) except for the Gesiowka Prison which was subsequently turned into a concentration camp with the addition of barracks and a crematorium. Part of the Gestapo Pawiak Prison was also retained.  A POW camp for Polish Army soldiers at in the Kolo district (Graphic 4) may also have been used as a concentration camp. 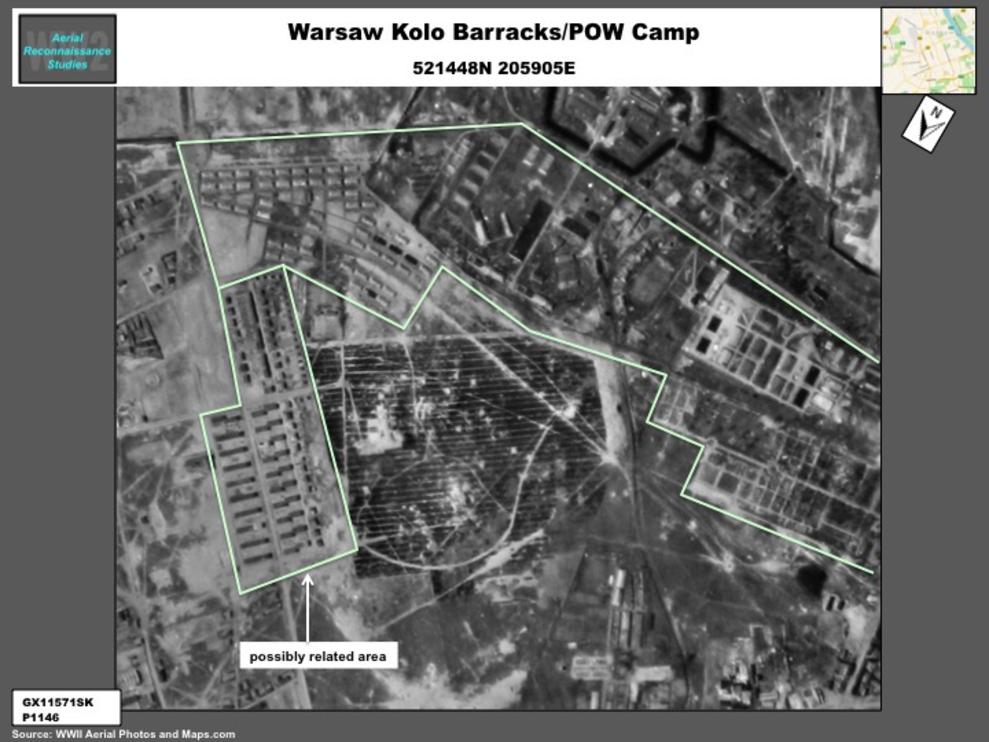