The Warsaw City Uprising  took place between 1 August and 2 October 1944, timed to coincide with the approach of the Red Army.  The first of these graphics from 5 August shows burning buildings in central Warsaw and at the edge of the south ghetto area (inset). The northern ghetto was razed in 1943. The remaining three graphics from coverage of 30 August, shows evidence of ongoing fighting throughout the city, including a large number of roadblocks, trenches, and fighting positions.  Much of the south ghetto area had been destroyed and dust/smoke indicated that operations were in progress. 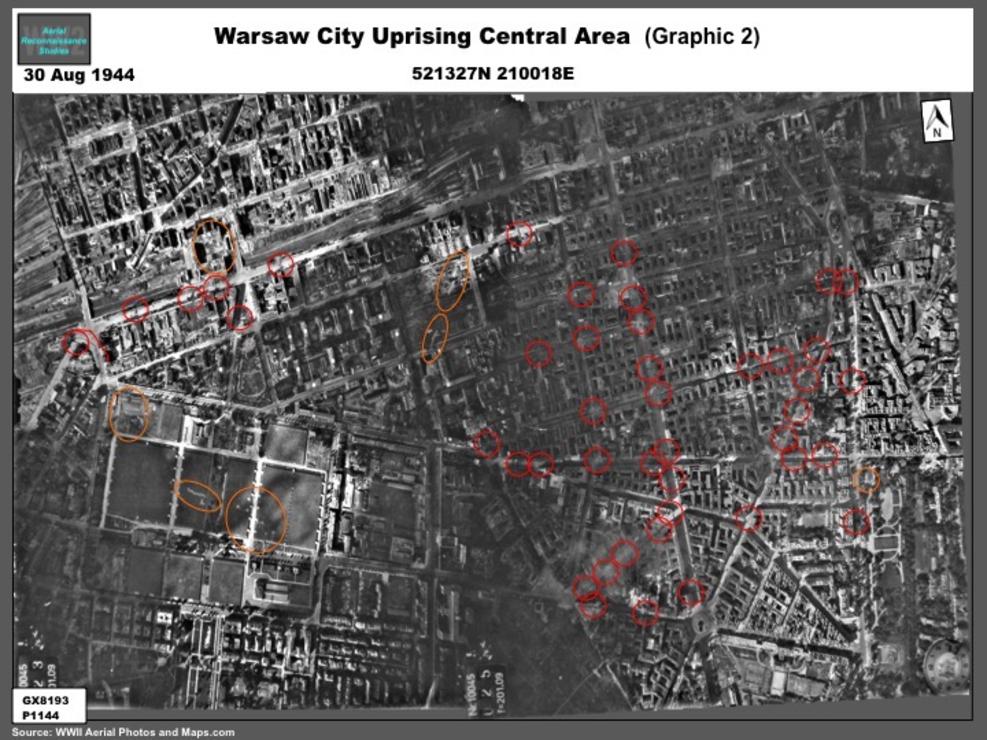 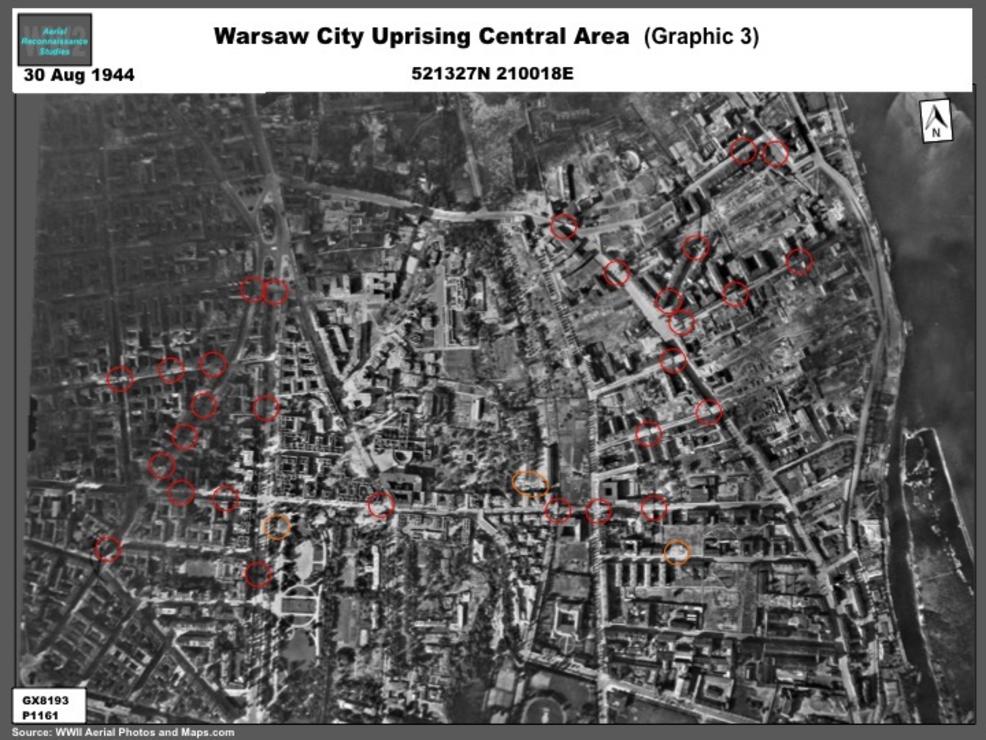 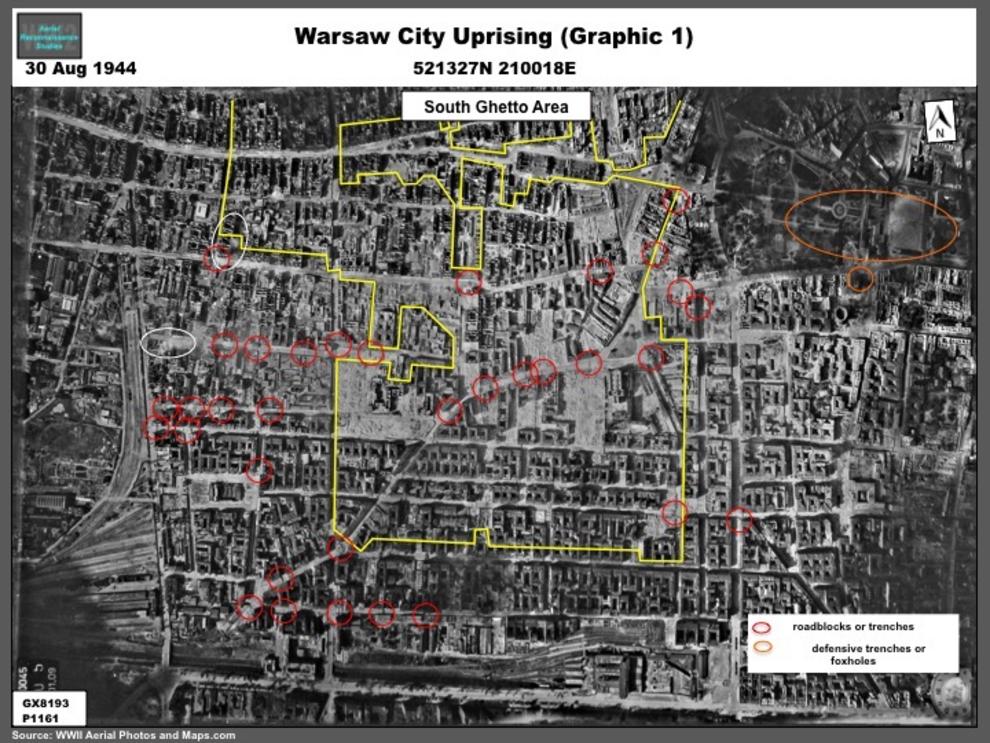 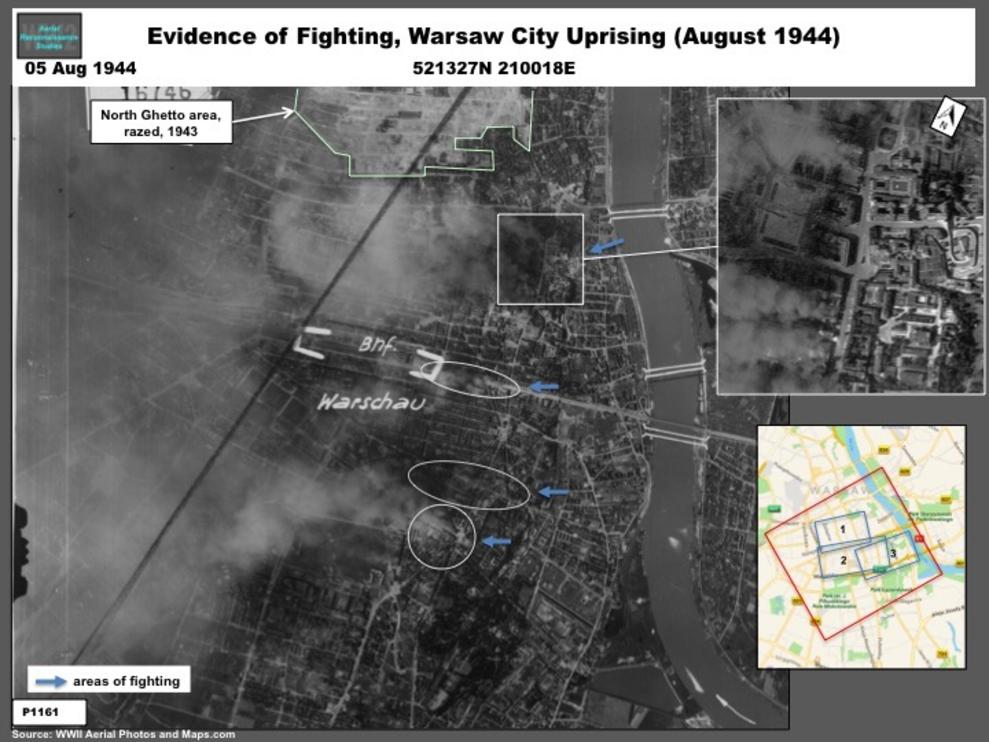