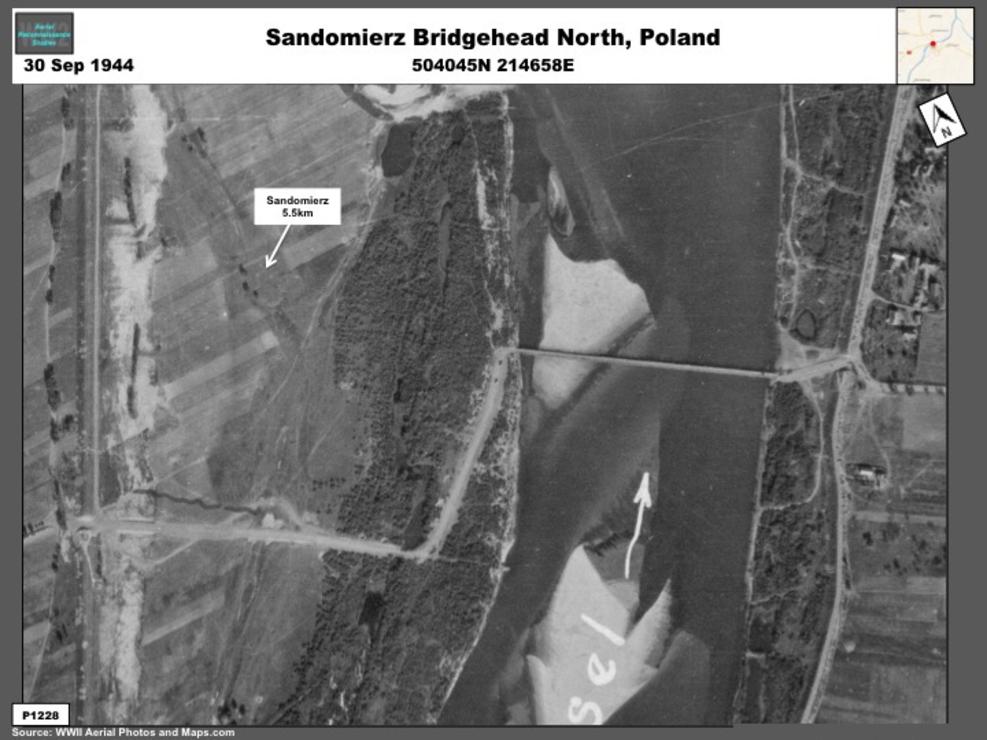 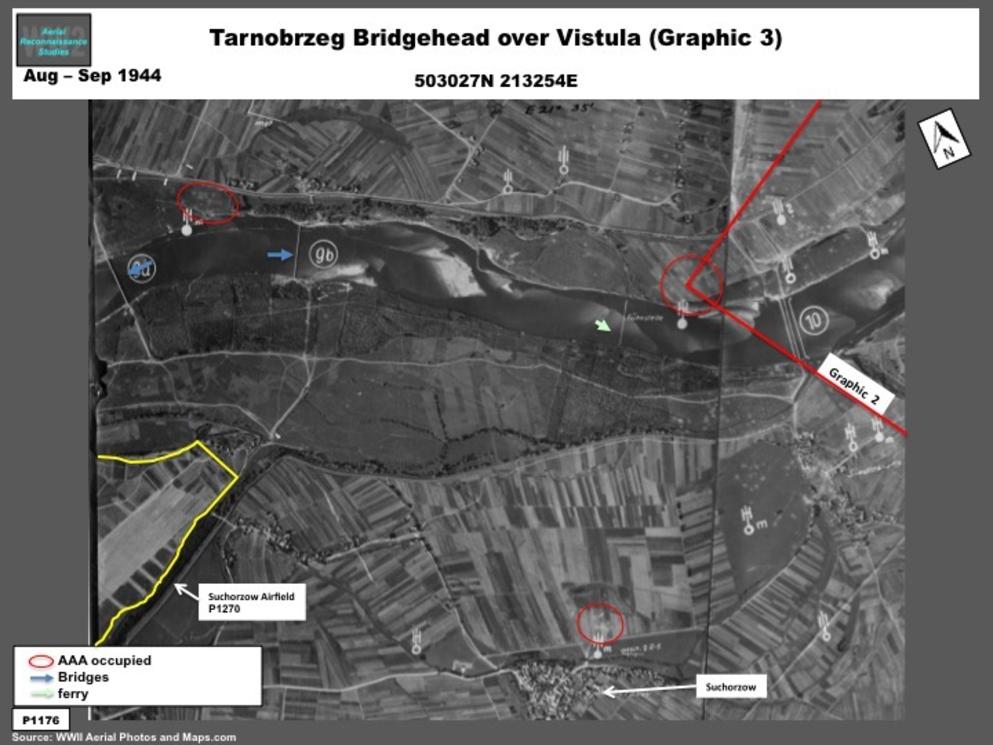 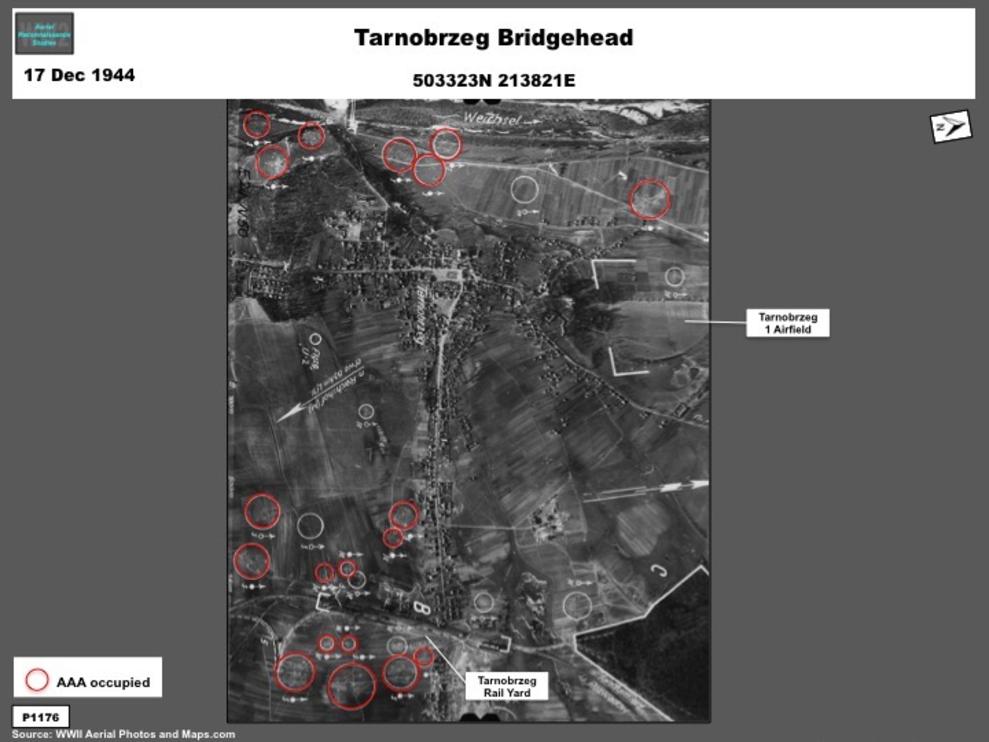 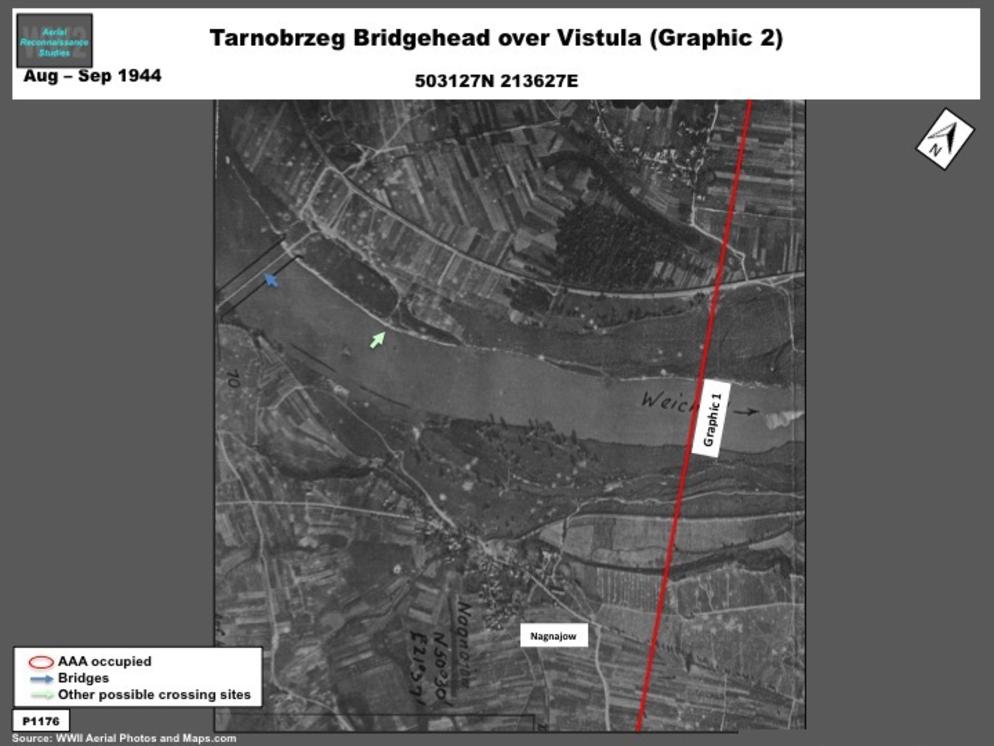 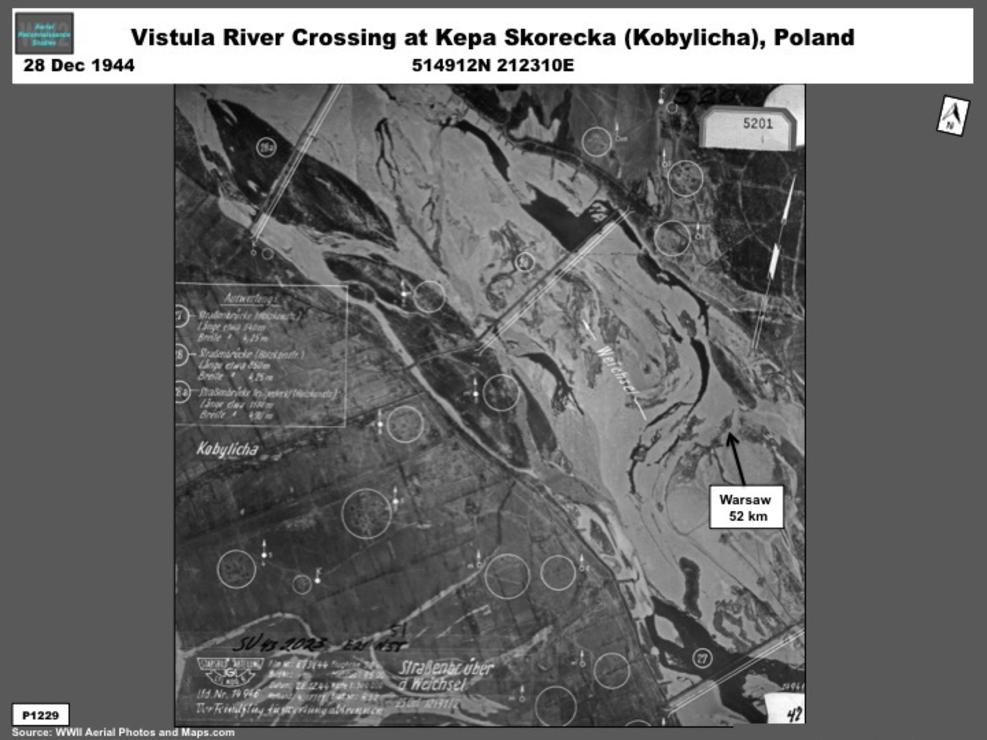 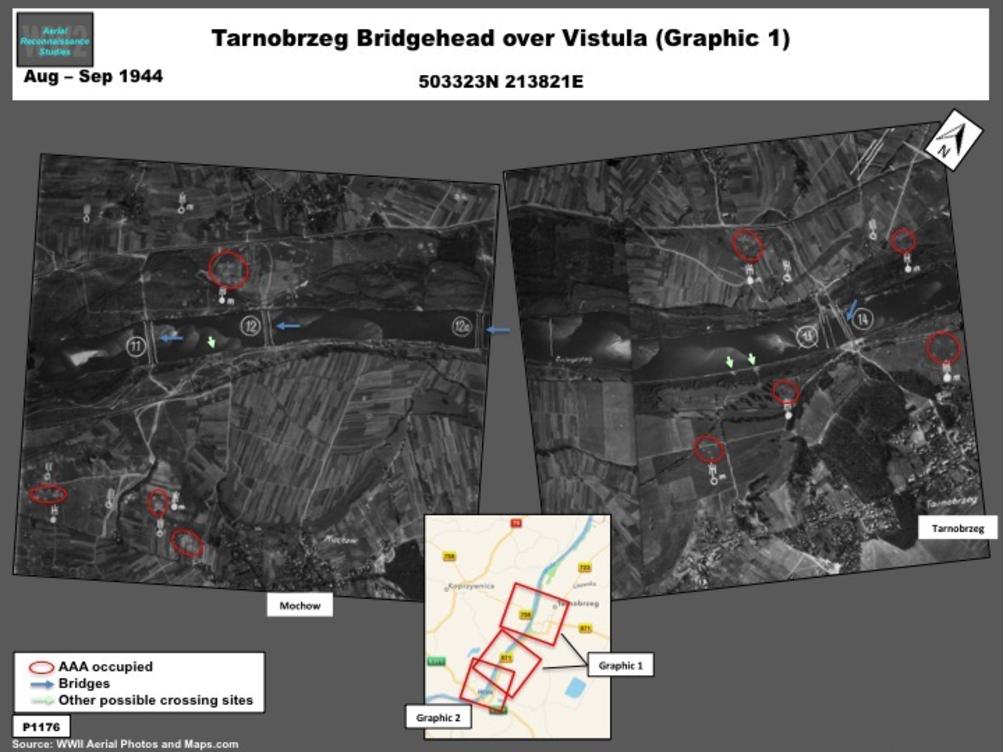 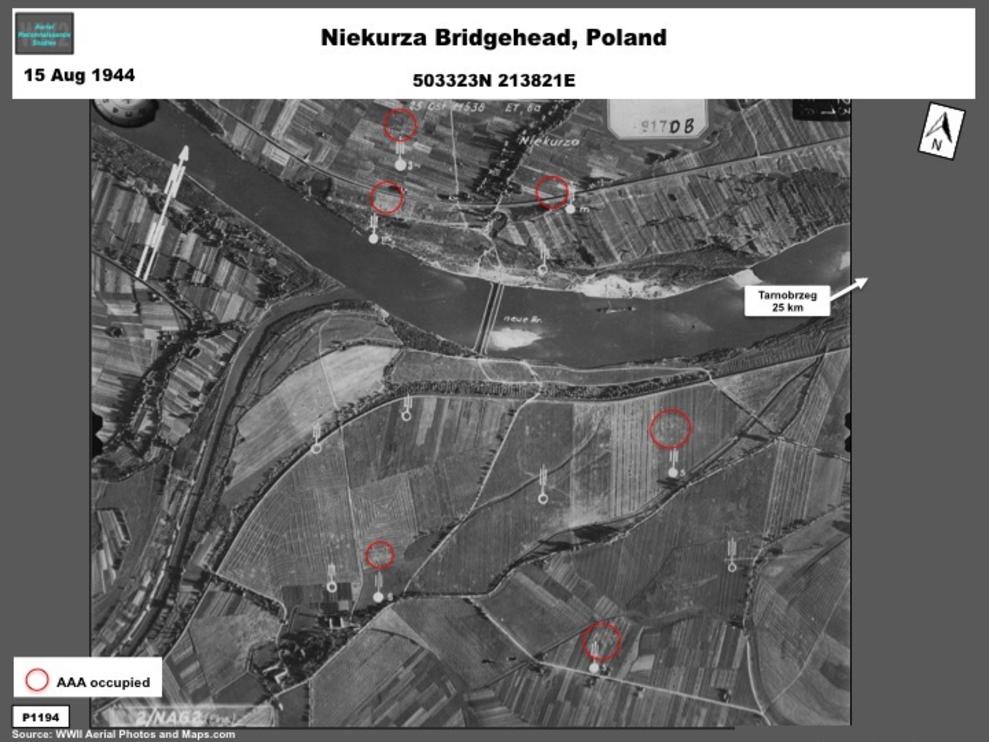 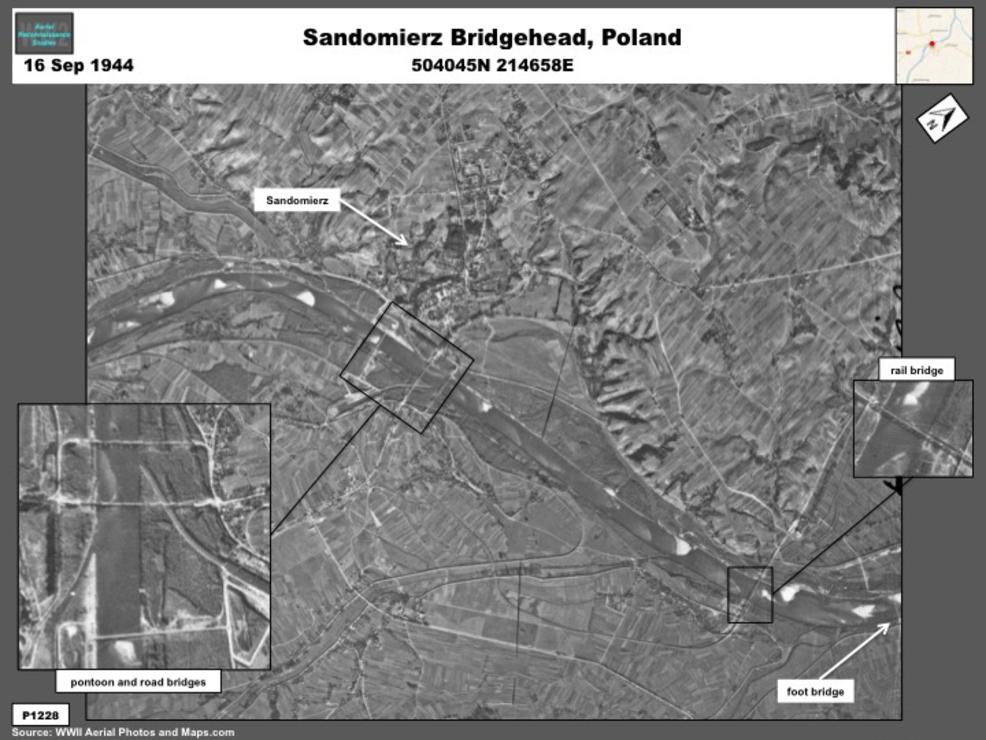 This set of graphics depicts Soviet crossing points over the Vistula River at the end of the Lvov-Sandomierz Offensive. The first crossing occurred in the vicinity of Tarnobrzeg near the towns of Baranow/Suchorzow on 29 July 1944.  Graphic 1 (three parts) shows crossing points between Tarnobrzeg in the north and Suchorzow in the south sometime between August and September. Note the heavy presence of occupied anti-aircraft (AAA) sites defending the crossings as well as the recently constructed tactical airfield near Suchorzow and Tarnobrzeg.  Photography from December (Graphic 2) depicts the disposition of defenses at Tarnobrzeg, notably around the rail yard.  Another crossing site was loacted further southwest of Tarnobrzeg at Niekurza (Graphic 3).  The other main crossing site was at Sandomierz, north of Tarnobrzeg. Graphics 4 - 6 show crossings at Sandomierz and to the north at Kepa Skorecka (Kobylicha).