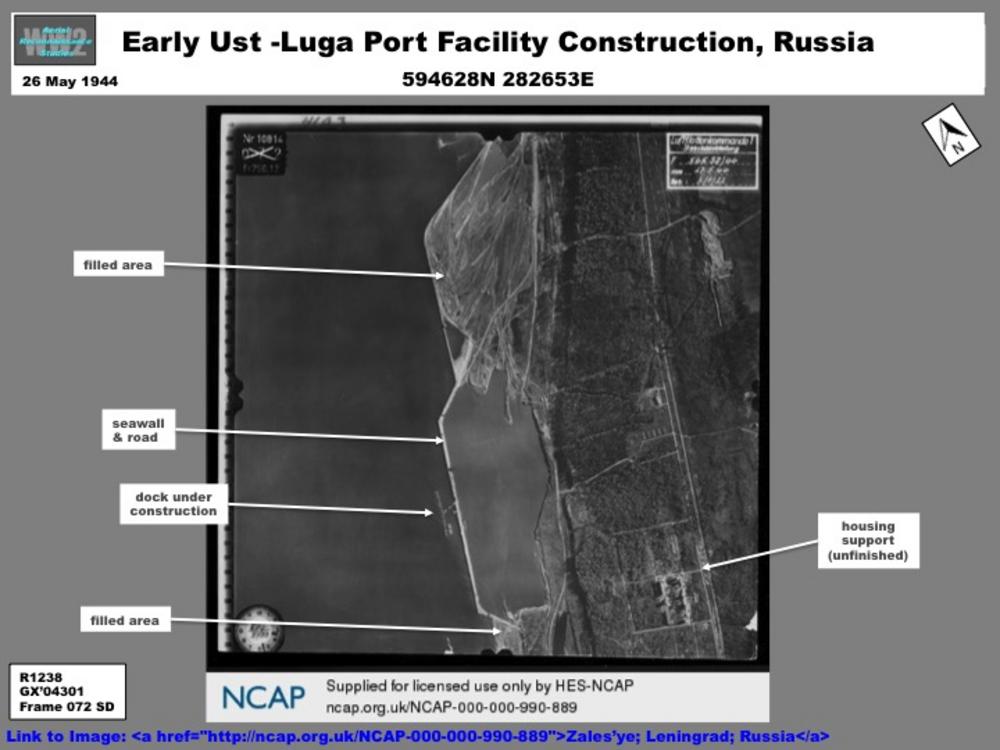 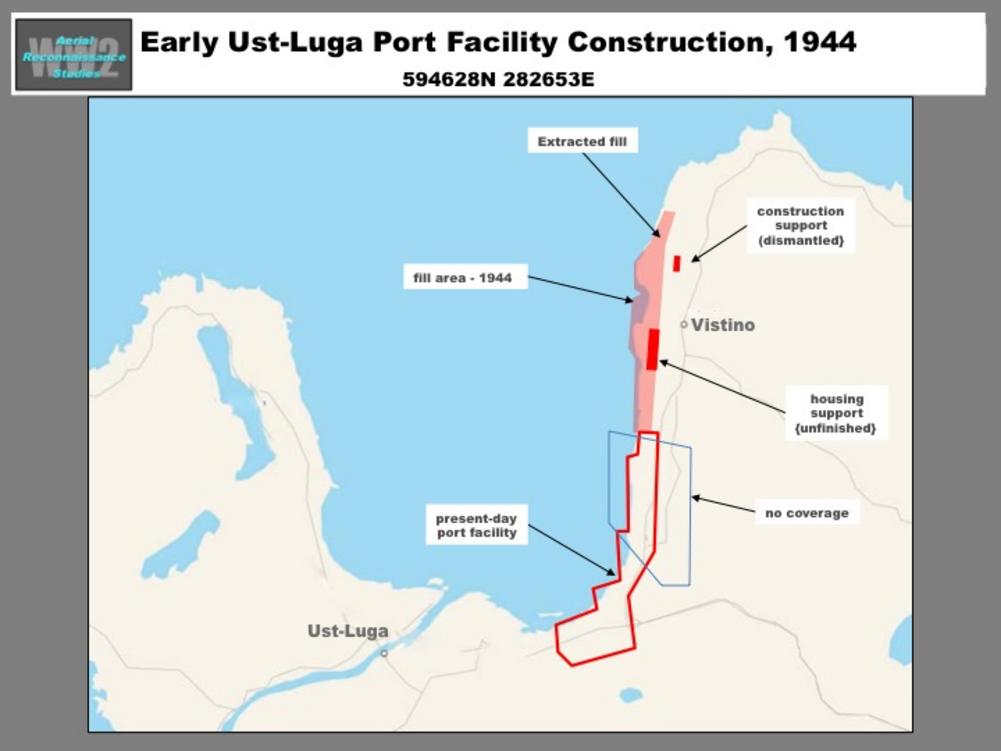 Luftwaffe coverage of the northwest USSR coastline near Ust-Luga on 26 May 1944 revealed a major port facility under construction there. The construction site was immediately north of the existing Ust-Luga Port Facility, which was built between 1997 and 2001.  By May 1944, work on the facility had ended; a construction support camp had been dismantled and a larger housing support area was unfinished  Some areas along the coast has already been filled, while another --enclosed by a seawall-- remained unfilled.  Extracted fill could be seen along the shore at the north end of the project.  It did not appear that the original port site took in any of the areas that comprise the new one.  ​ 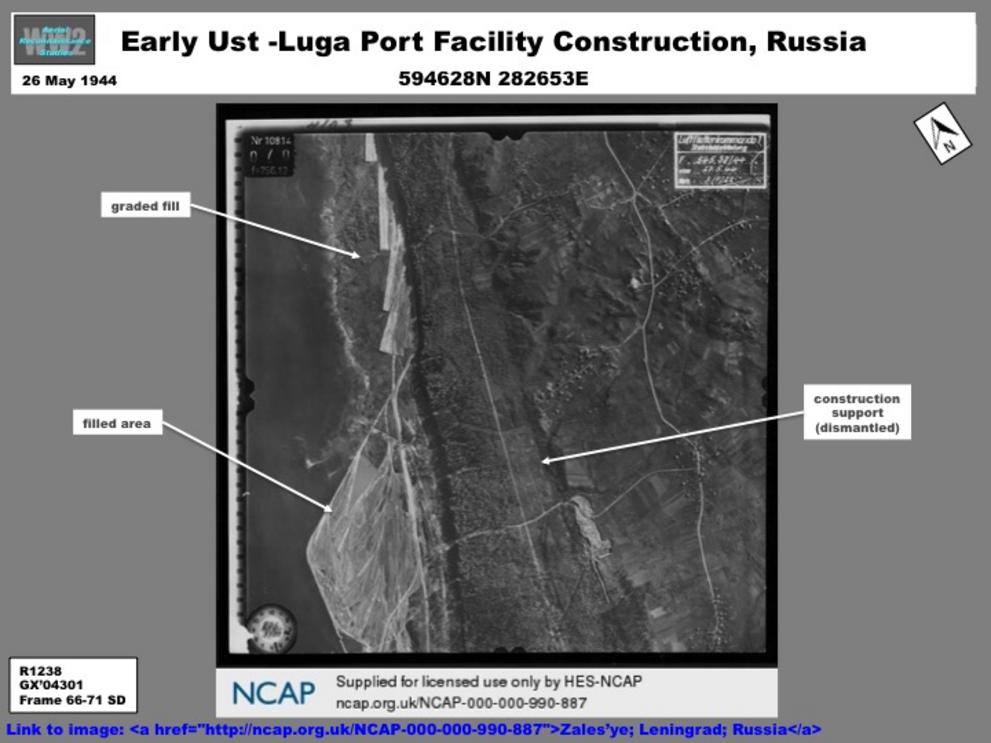