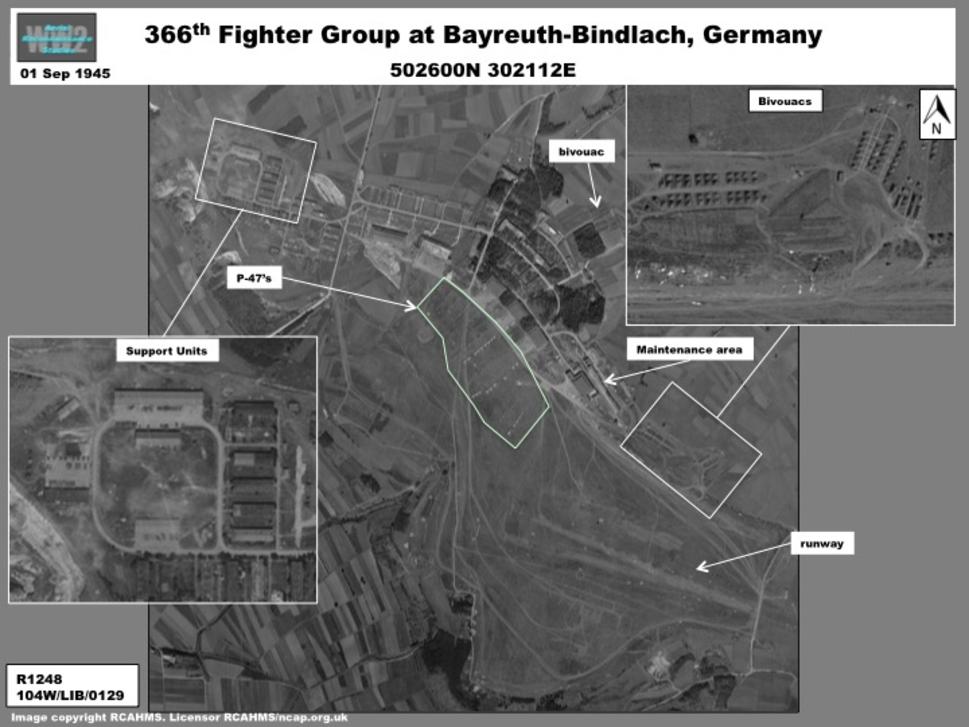 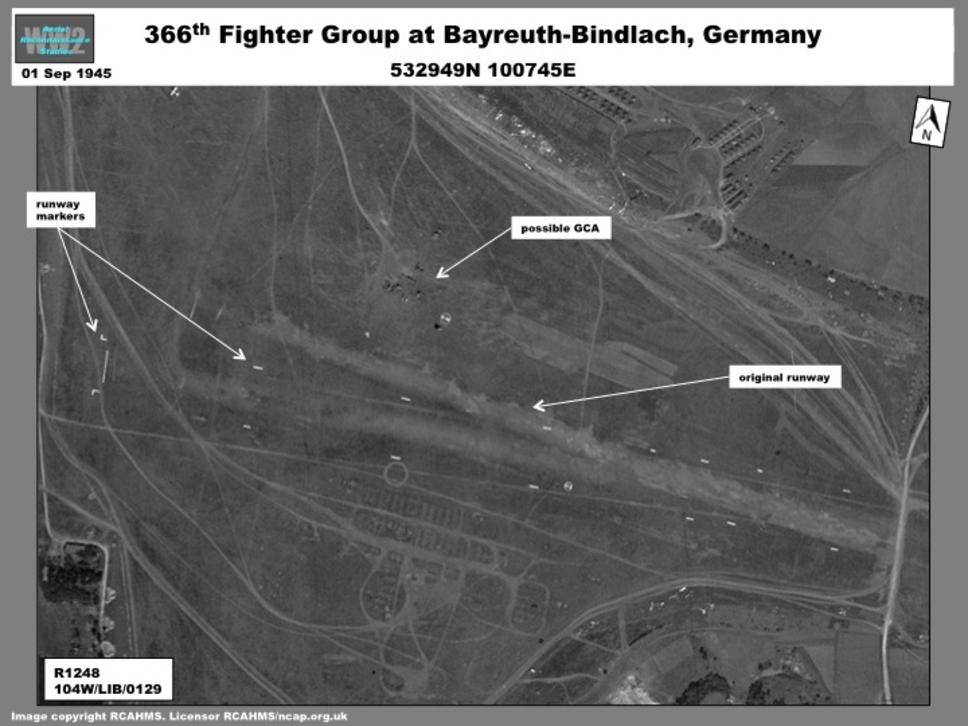 The U.S.A.A.F 366th Fighter Group (9th Air Force) was stationed at Bayreuth-Bindlach Airfield, Germany on 1 September 1945.  Seventy-four P-47D aircraft comprising the Group's subordinate 389th, 390th, and 391th squadrons were parked on the grass and near hangars (Graphic 1).  U.S.A.A.F personnel were quartered in bivouacs north and east of the hangars, but ground support units with a large number of vehicles occupied a refurbished support area to the northwest.  Five of six hangars --including a shop building behind the maintenance hangar-- had also probably been repaired were useable (Graphic 2).  The apron in front of the westernmost hangar appeared to be under repair.  Virtually all of the airfield's other structures remained in disrepair from the war.  More than 60 Luftwaffe aircraft --mainly single-engine fighters-- were scattered around the airfield perimeter; most were probably derelict, but a few were parked near hangars.

​The airfield's grass runway did not appear to have sustained damage, but had been reoriented slightly by the U.S.A.A.F. (Graphic 3)  The operational runway had been delineated with white paint.  A possible ground controlled approach (GCA) site with about 10 vehicles was north of the airfield reference point.

The 366th was deployed at Bayreuth between 25 June and 14 September 1945, when the unit relocated to Fritzlar for deactivation on 20 August 1946.  The Group ended the war at Münster, where it arrived by 1 April. 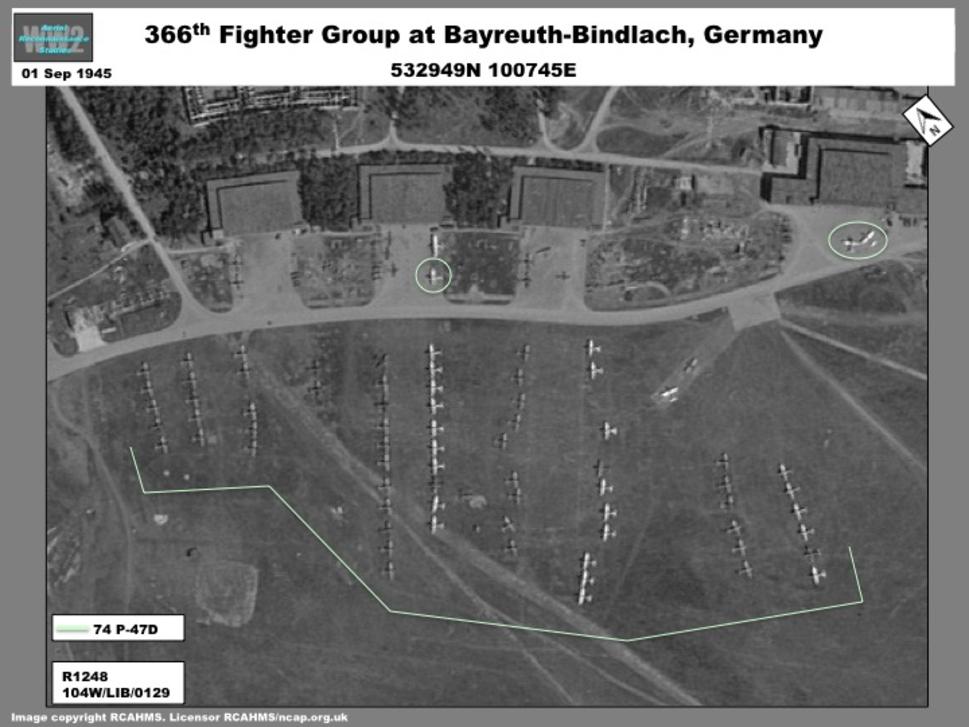