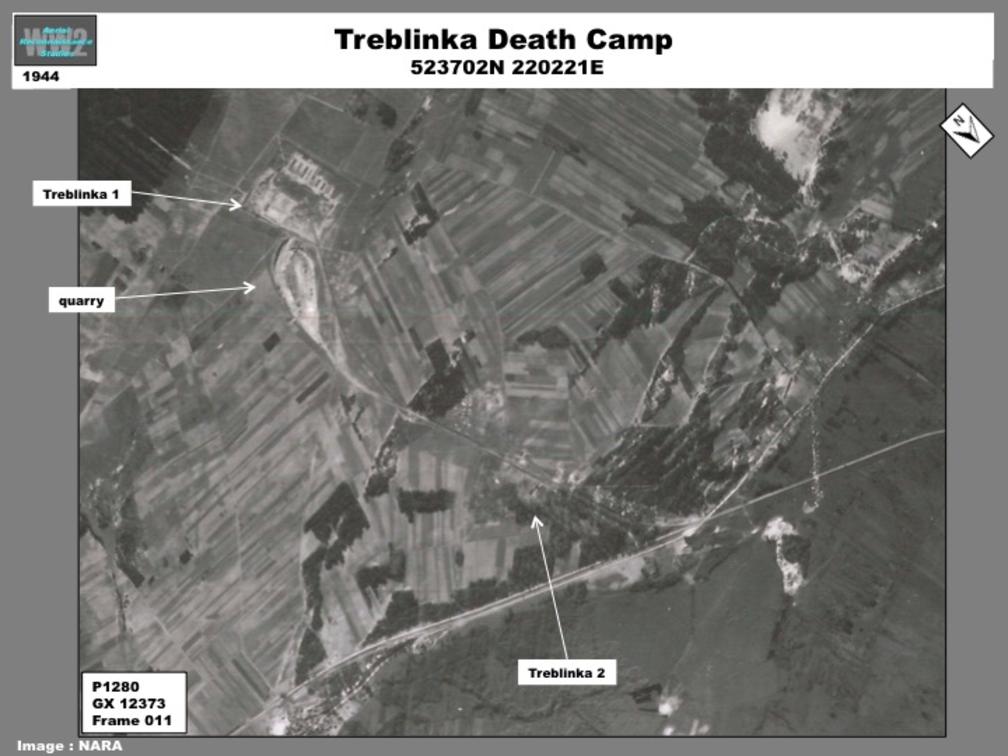 Coverage of the Treblinka Death Camp was available from some time in 1944, probably in the late summer or early fall.  The facility was closed in late 1943, but both sections were still visible despite the small scale of the imagery.  Building foundations remained in Camp 1 and some equipment appeared to have been left in the adjacent quarry.  Camp 2 --the extermination facility-- had been completely razed to remove all evidence of its activities. Two farm buildings that were constructed to conceal the site could be seen. 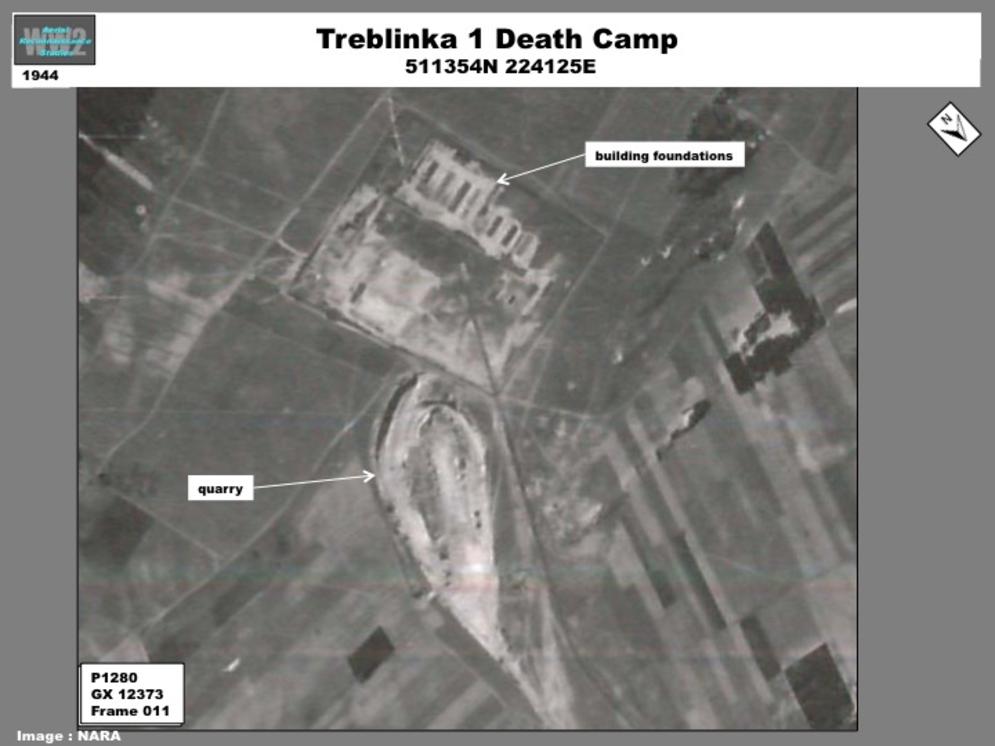 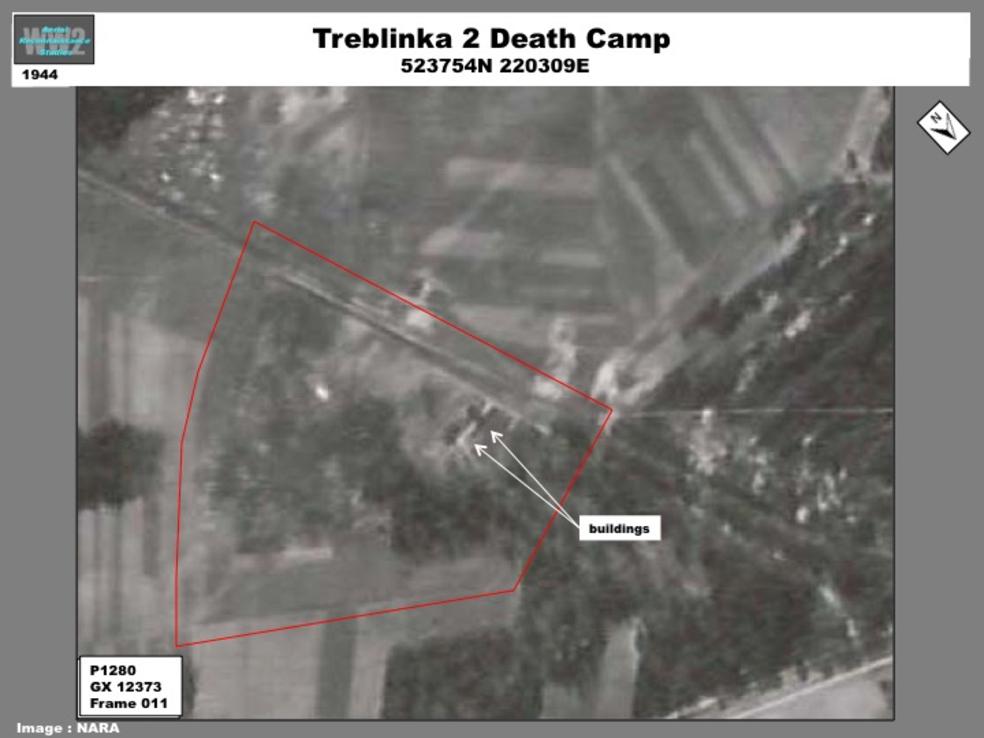