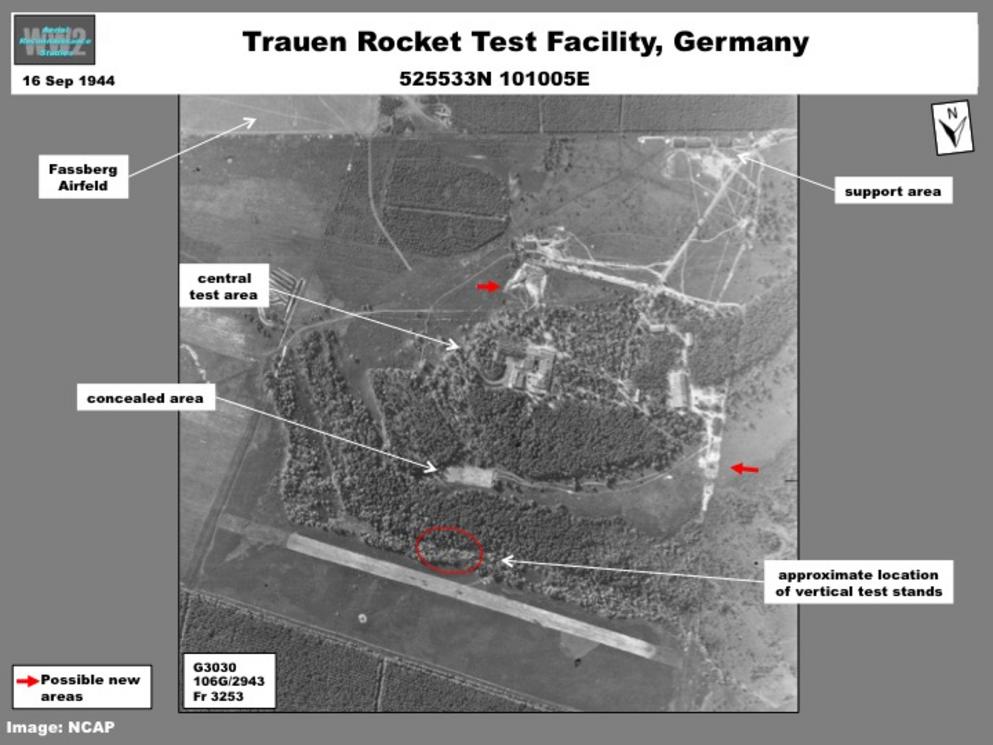 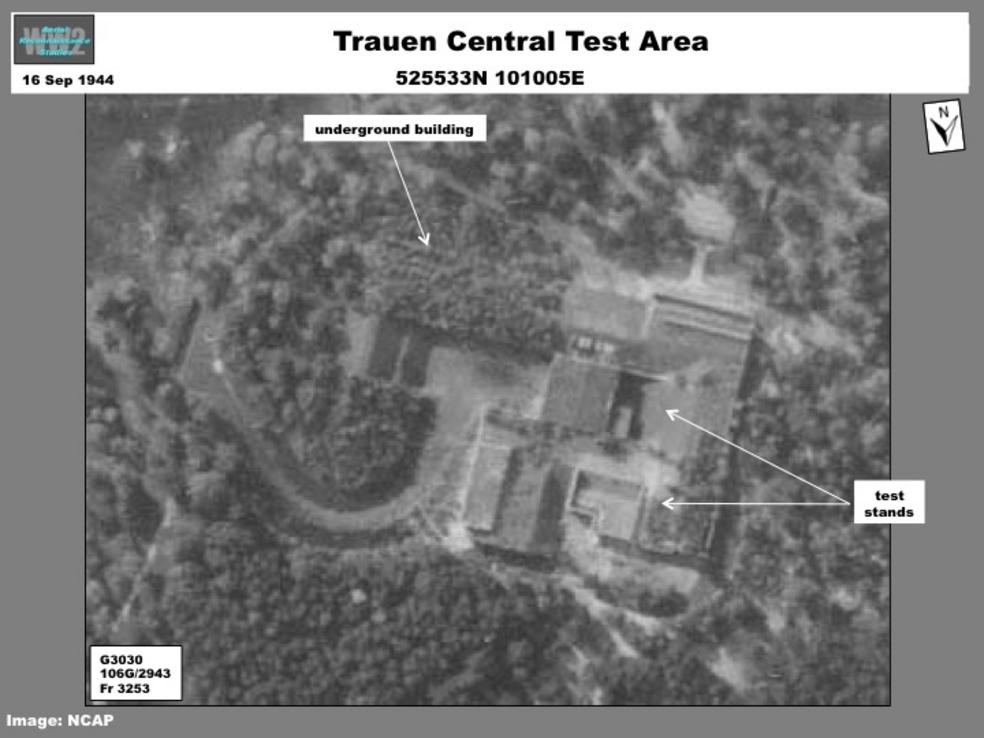 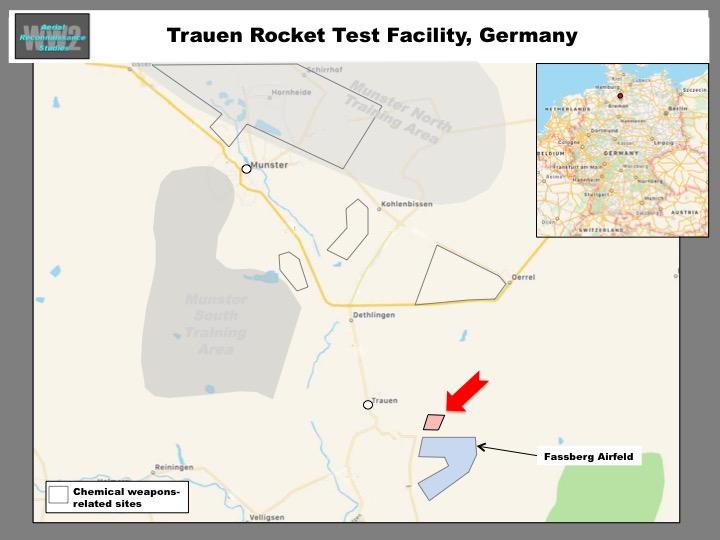 On 16 September 1944 an RAF reconnaissance sortie imaged the Trauen facility, which was part of a complex of important sites around the town of Munster that included Fassberg Airfield, several chemical weapons (CW)-related sites and a two military training areas.  The extensive, deliberate coverage of the complex indicated the facilities were known to the Allies.

Trauen, located in a wooded area just north of the airfield, was undamaged and showed evidence of both attempted concealment and recent expansion (Graphic 1).  The facility's central test area (removed after the war) was comprised of least two horizontal test stands and a probable underground building accessed by a curved revetted road (Graphic 2).  Trees were planted over the underground building.  A second probable test site 180m to the north was covered by a probable concealment structure (Graphic 3). Two probable test stands are currently located in this area. The two vertical test stands approximately 150m to the northeast could not be identified in the forested area, suggesting they had been abandoned.  New construction included a possible small test stand near a group of buildings west of the central area (still present) and an underground structure immediately to the south (Graphic 4).  A small support area was near the facility entrance.  It is not clear if a long, graded strip immediately to the noth was associated with the facility. 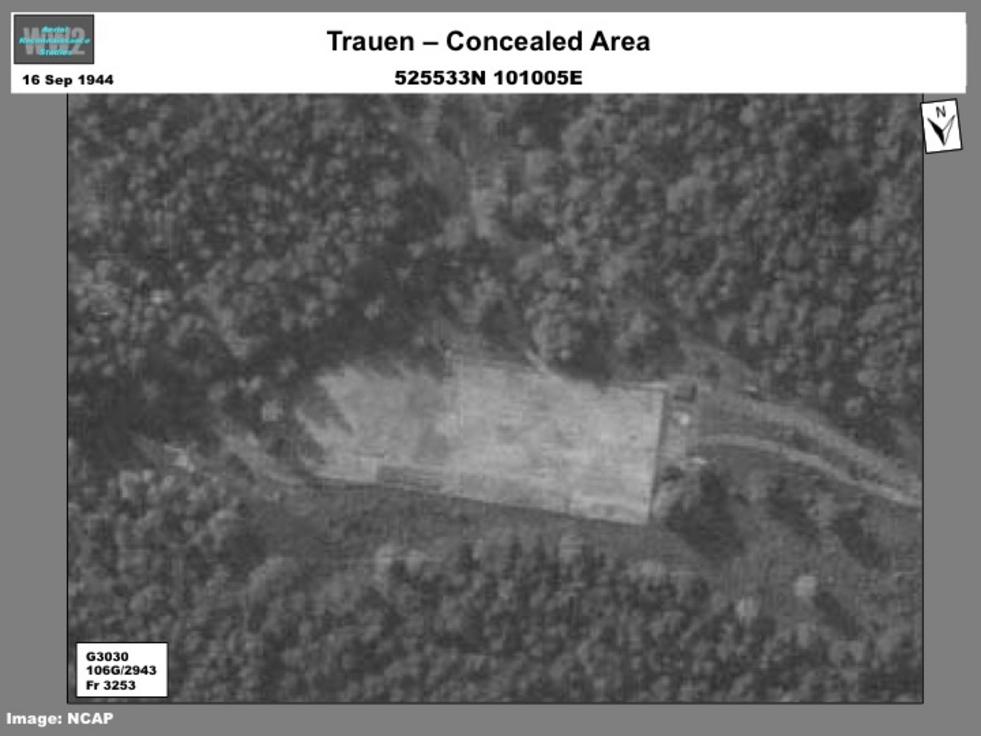 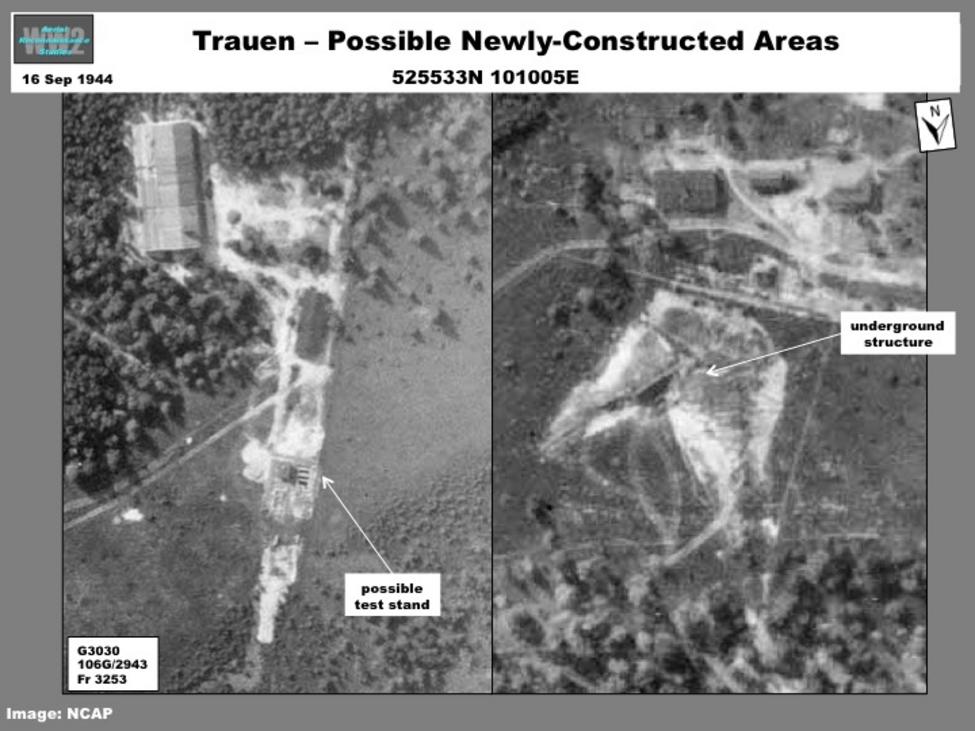 The development of the German Army's V-2 at Peenemünde was paralleled by a Luftwaffe rocket program centered at Trauen, in northern Germany.  Trauen was set up in 1935 to support the work of Prof. Eugen Sänger, who sought to apply rocket technology to manned flight, including sub-orbital spaceplanes.  For most of the war, Sänger tested rocket motors, ramjets, fuels and aerodynamics at Trauen. To this day, the facility, now known as the Deutschen Zentrums für Luft- und Raumfahrt (DLR), is involved with rocket and space research.  Some of Trauen's original facilities, including two vertical test stands, are still present.