The Siauliai Ghetto was established in July 1941 with the arrival of the Wehrmacht. The main Ghetto was liquidated in November 1943 and a second, adjacent section was closed in July 1944.  Graphic 1 shows both sections of the ghetto plus a possible third one in separate neighborhood to the North. Most of the buildings in the three areas were razed. The Ghetto also included a number of labor camps in the vicinity of the town; one, employing 600 people, was at the city airport (Graphic 2).  Another labor camp or possible POW camp was northeast of own (Graphic 3) and a military barracks was situated nearby. 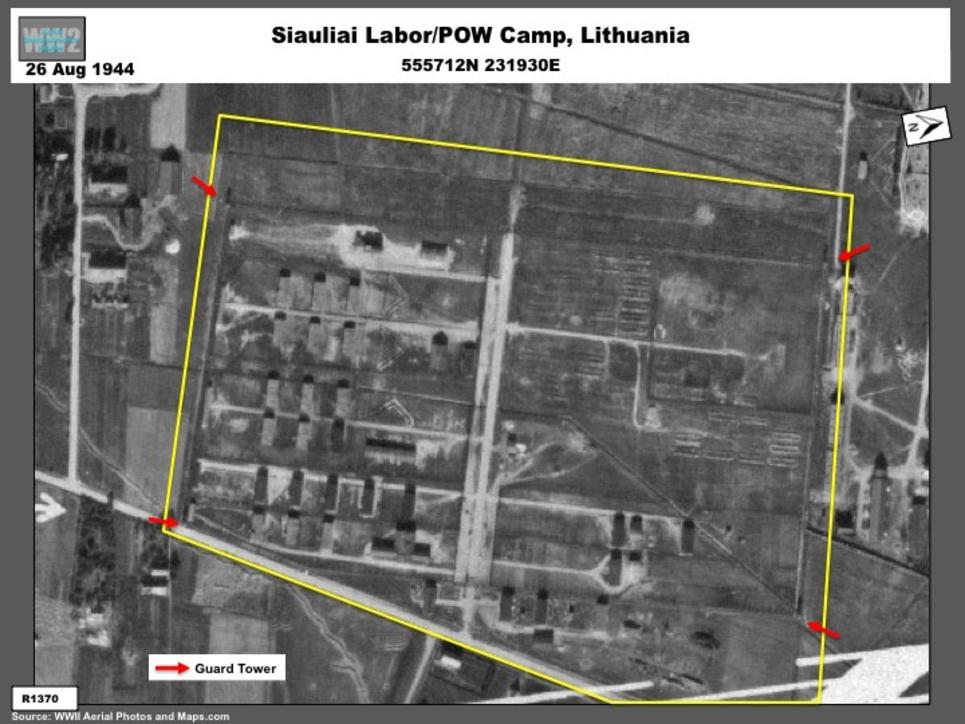 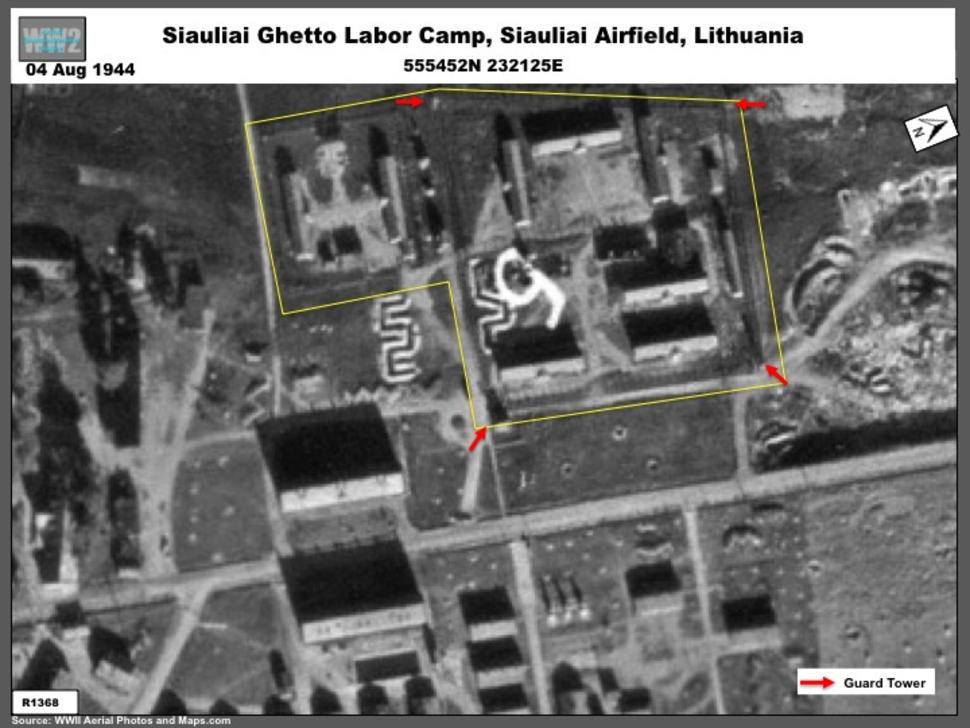 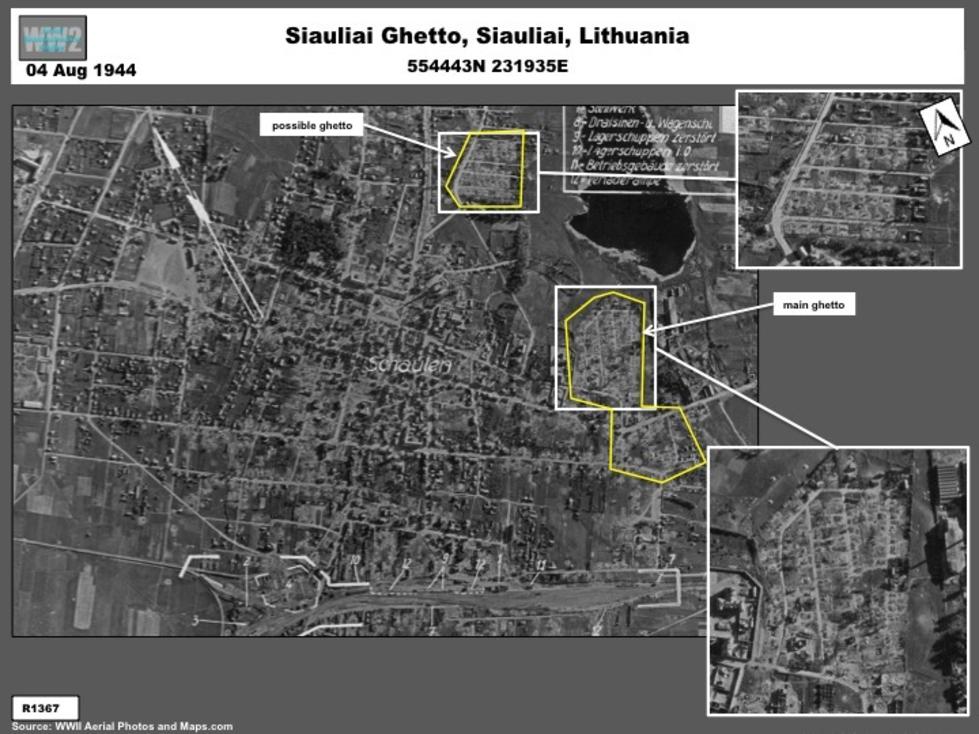 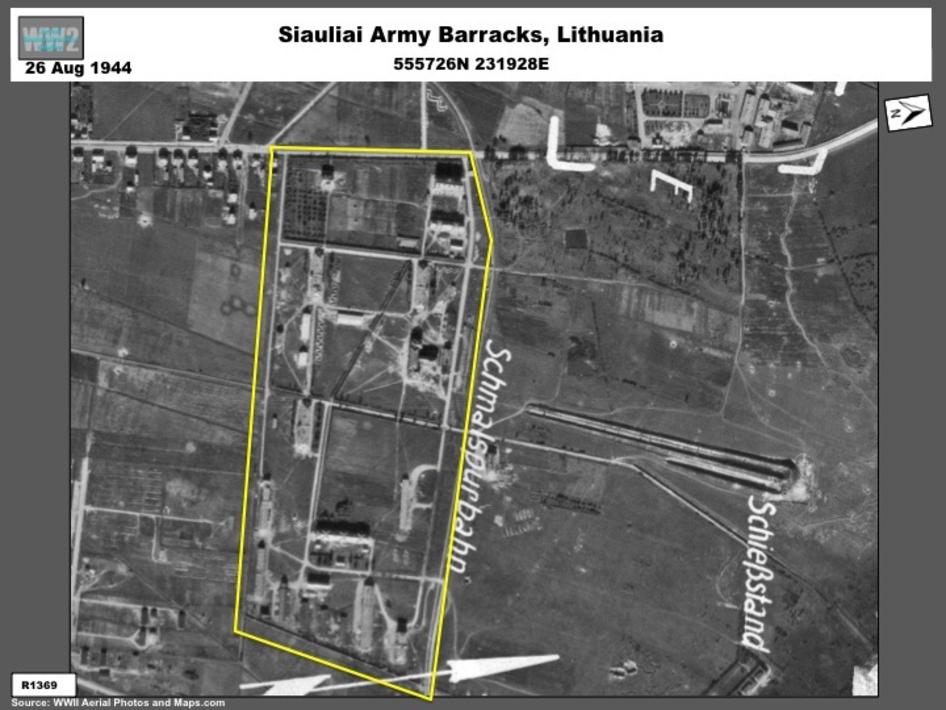