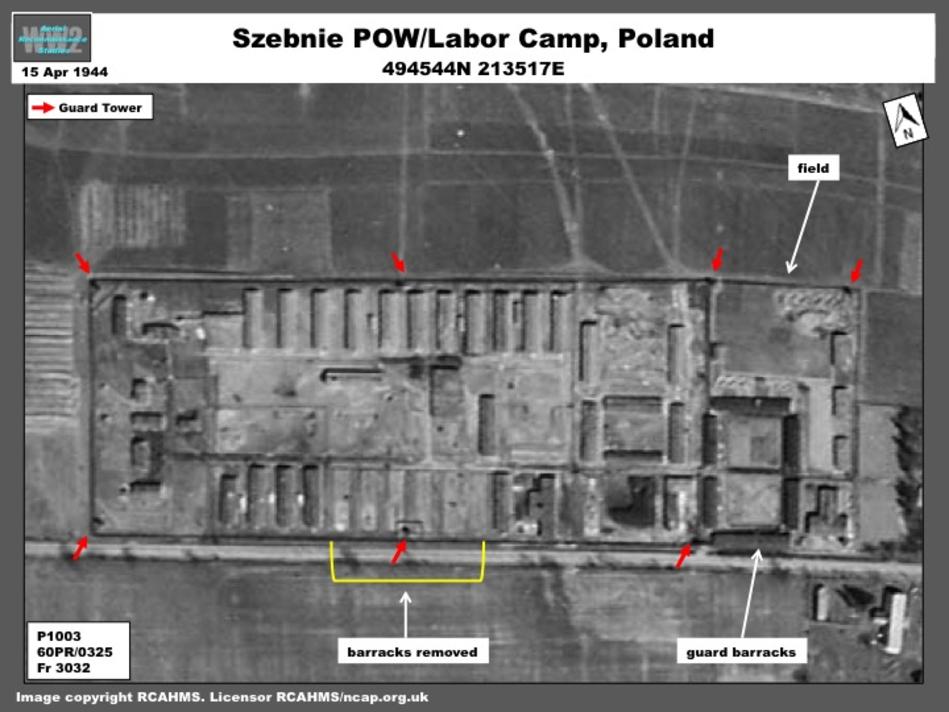 Two sketches of Szebnie are available on the internet showing the camp in September and October 1943 (Graphic 2).  Despite some inaccuracies, the drawings do appear to reflect the changes that occurred when Jewish prisoners were relocated to new barracks within the camp.  Some key features in the October sketch, including the warehouses for Jewish belongings and four barracks outside the camp fence, cannot be accounted for on the 1944 image.

The camp was situated close to Szebnie village and a manor house which reportedly housed SS officers (Graphic 3). The owner of the house, Helena Gorayska, died 19942 while aiding the camp inmates.

Coverage of the labor camp at Szebnie in southeast Poland on 15 April 1944 showed the facility near the end of its existence, when it was reportedly being used to hold Soviet prisoners (Graphic 1).  Szebnie was established as a STALAG in 1941 to house Soviet prisoners, but by early 1943 it became a concentration camp for Poles, Jews and Gypsies.  In August 1943 the Jews were separated in the north part of the camp and a period of   executions followed. Remaining Jews were shipped to Auschwitz in November 1943.  Between February and July 1944 the camp again became a POW camp.  Elements from the Ukrainian 14th Waffen SS Division, from the Heidelager Training Area (see separate article) massacred Soviet POWs before the camp was abandoned in September 1944. 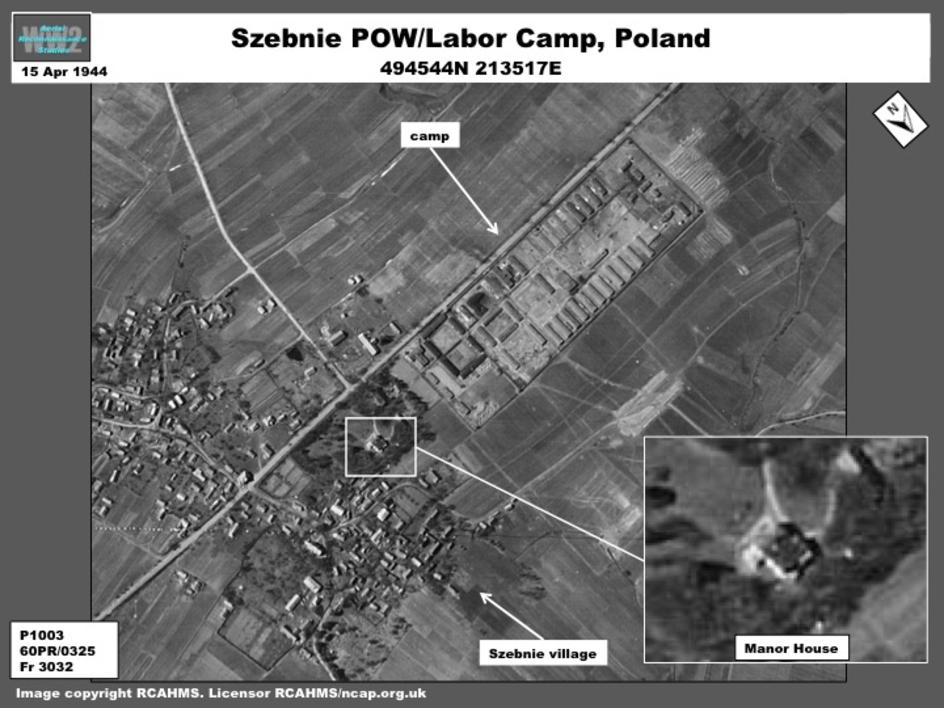 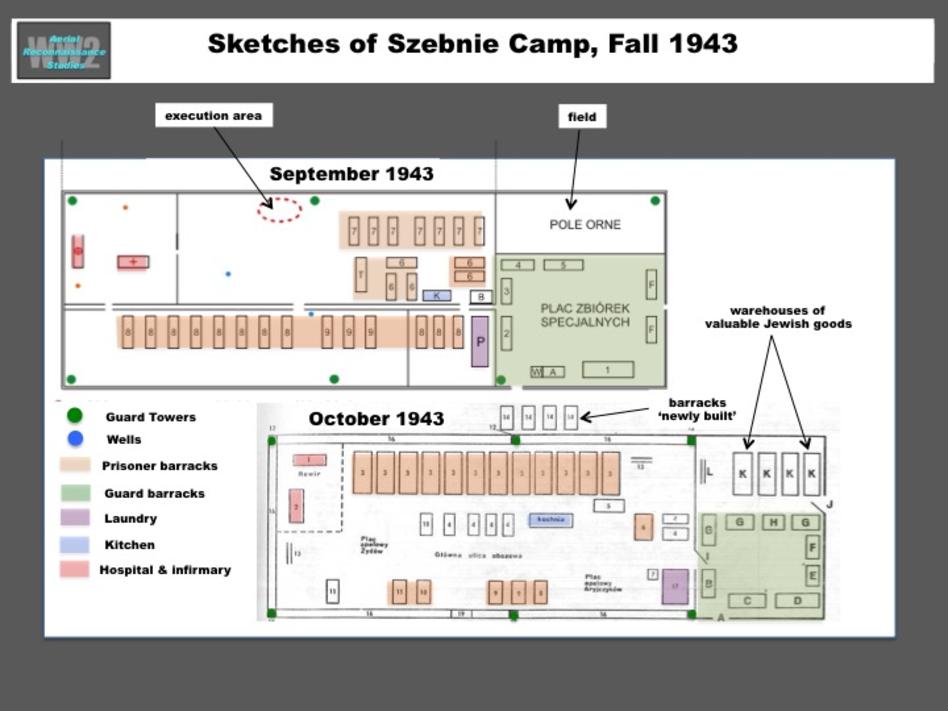