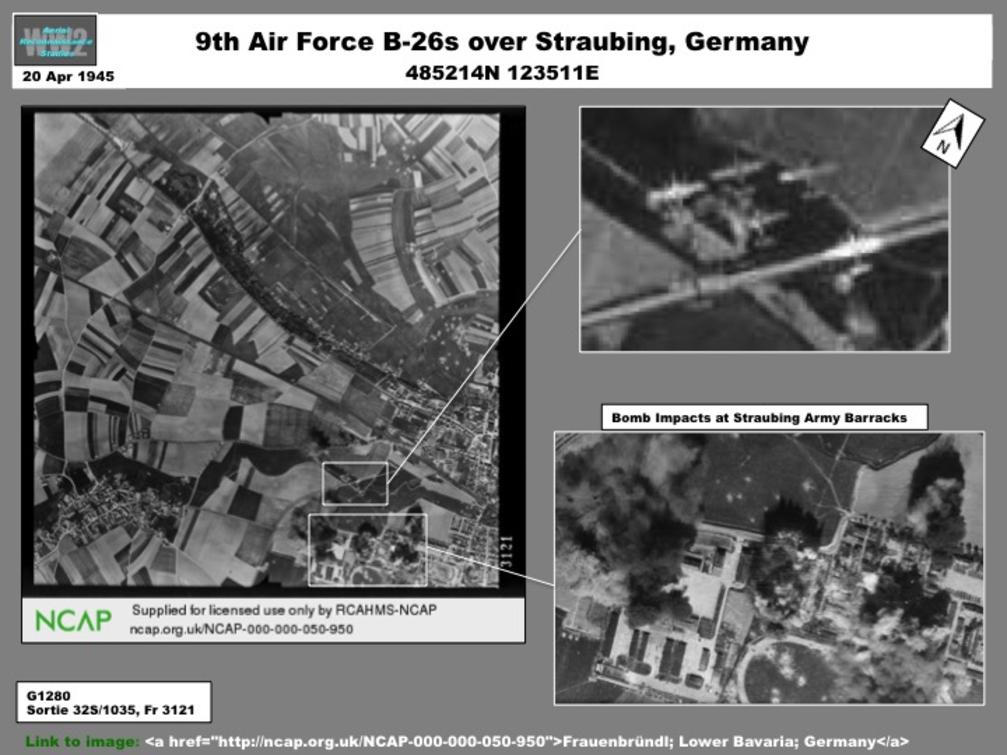 Reconnaissance missions sometime caught ongoing air operations taking place below.  Such was the case on 20 April 1945 when a USAAF recon sortie imaged the bombing of Straubing, in southern Germany.  At least six flights of USAAF 9th Air Force B-26 Marauders were in the midst of an attack on a large military barracks.  One flight of six aircraft could be seen passing over the installation which already showed the effects of the bombing.  An adjacent rail marshalling yard (not shown) had been already been destroyed.  According to the website USAAF Worldwide Operations Chronology (http://www.aircrewremembered.com/USAAFCombatOperations/Apr.45.html), an ordnance depot and marshalling yard at Straubing were among targets struck on 20 April by aircraft of the 9th and 8th Air Forces, respectively,