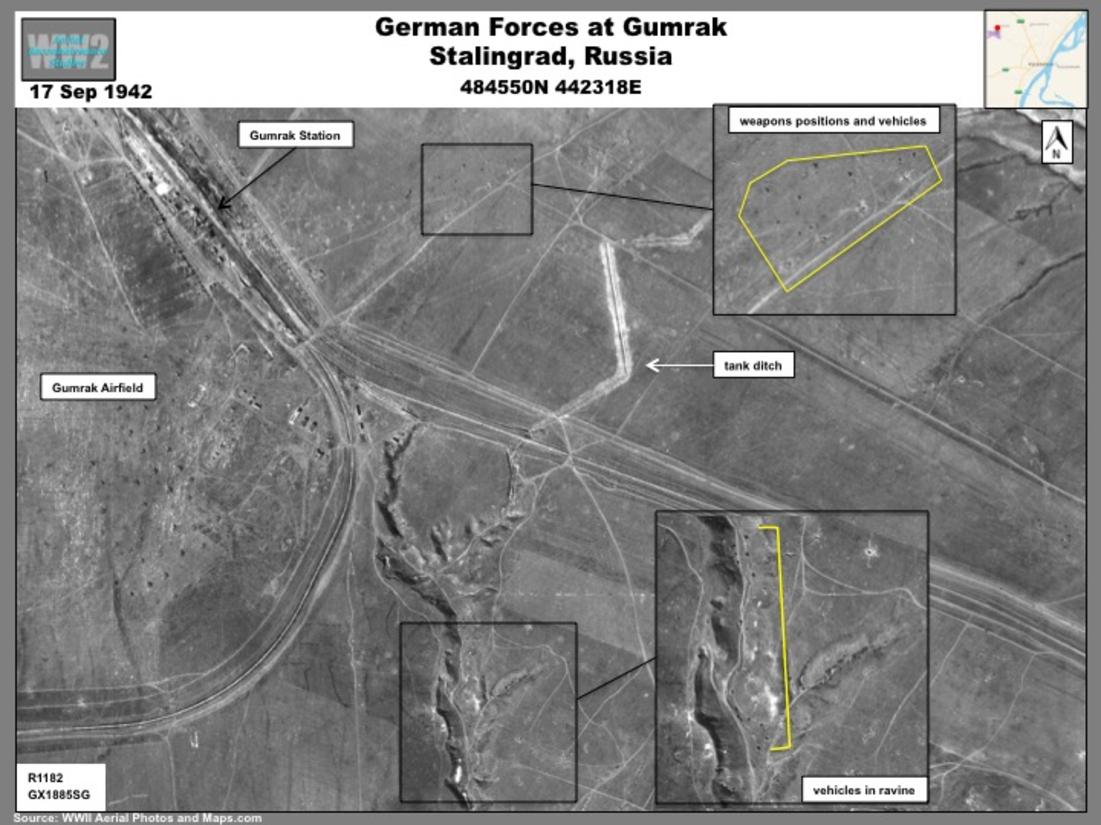 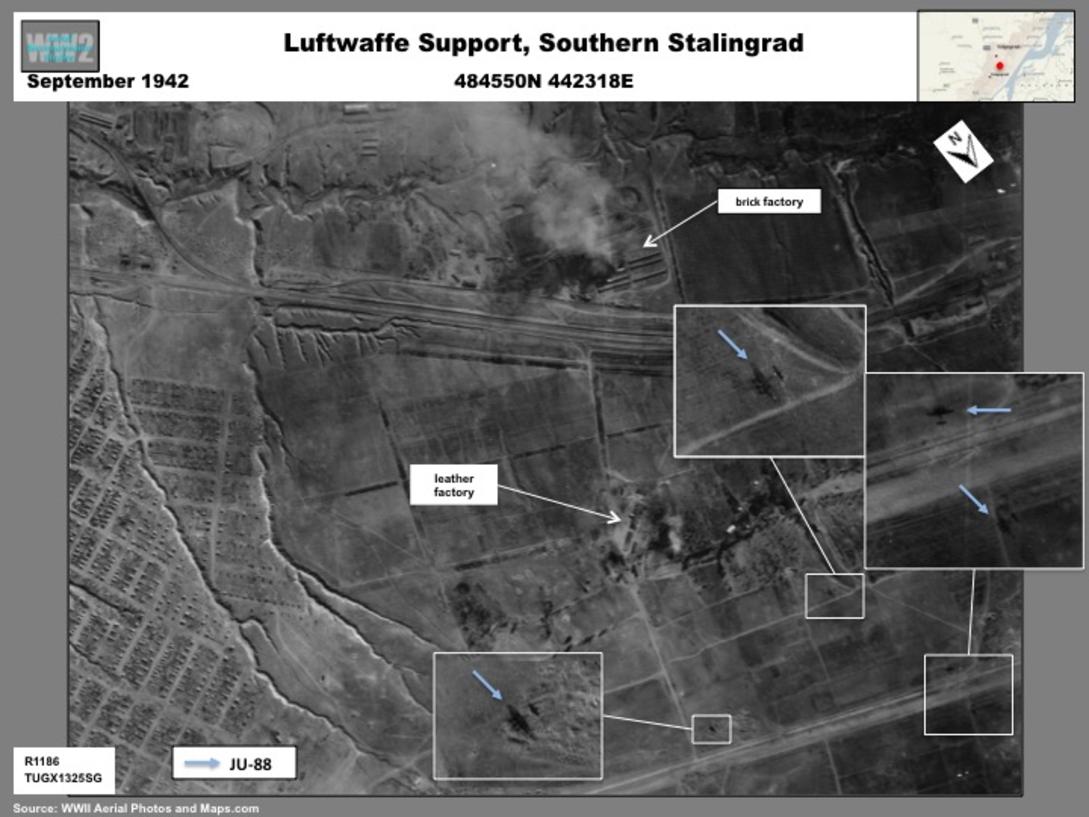 ​​​This set of graphics covers the time between 17 September 1942 and April 1943. The first three show German forces deployed at Gumrack and Voroponovo Airfields to the Northwest and southwest of the city.  Luftwaffe  JU-88s can be seen providing ground support on the outskirts of the city (Graphic 4).  On 10 October (Graphic 5) evidence of fighting  was visible at the Red October Factory and at several locations to the northeast.  With the battle over on 16 April 1943, derelict German aircraft and Soviet equipment could be seen in the vicinity of Gumrack Airfield.  (Graphics 6 and 7)  The remaining graphics show an earlier view of  Gumrack  and two others (Stalingradskiy, and  Beketovka),  plus views of the Grain Elevator --site of some of the fiercest fighting-- and the major industries before the battle. 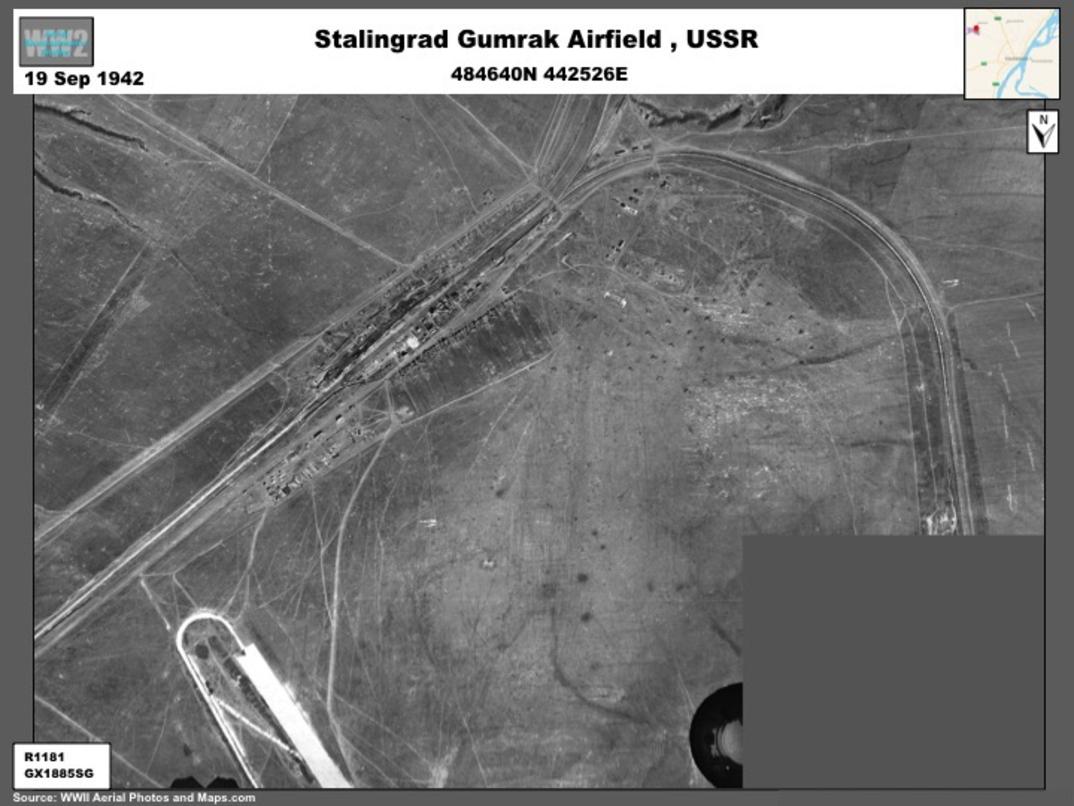 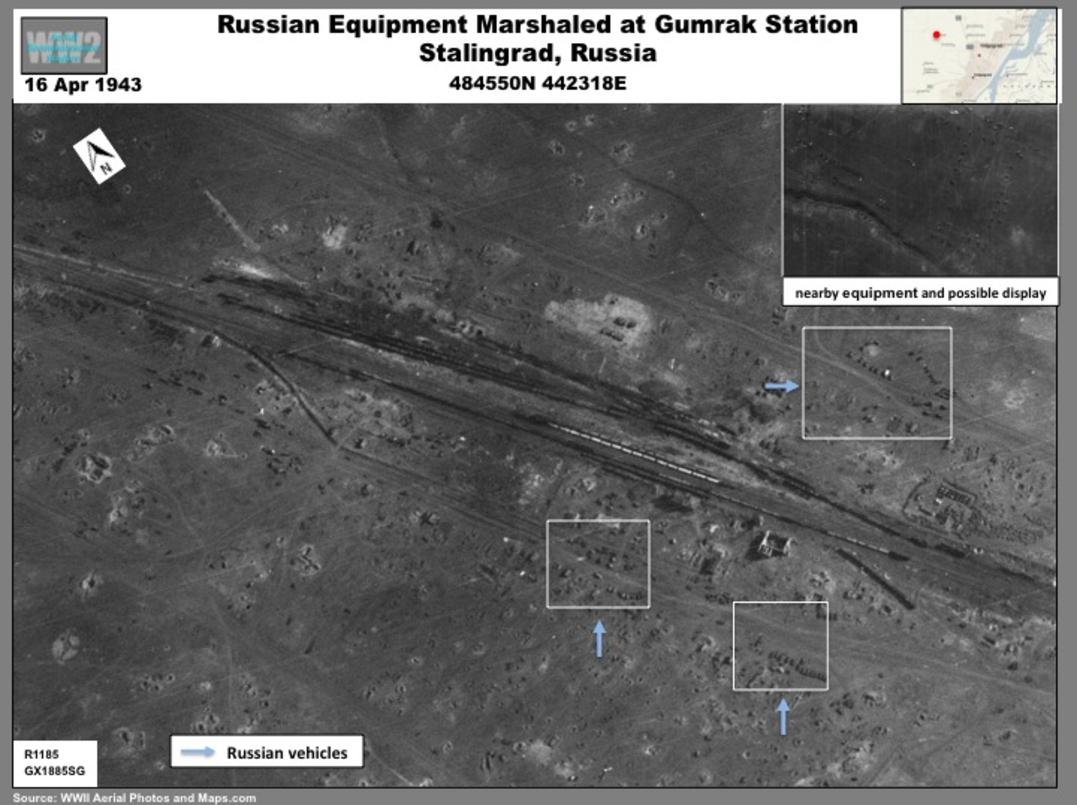 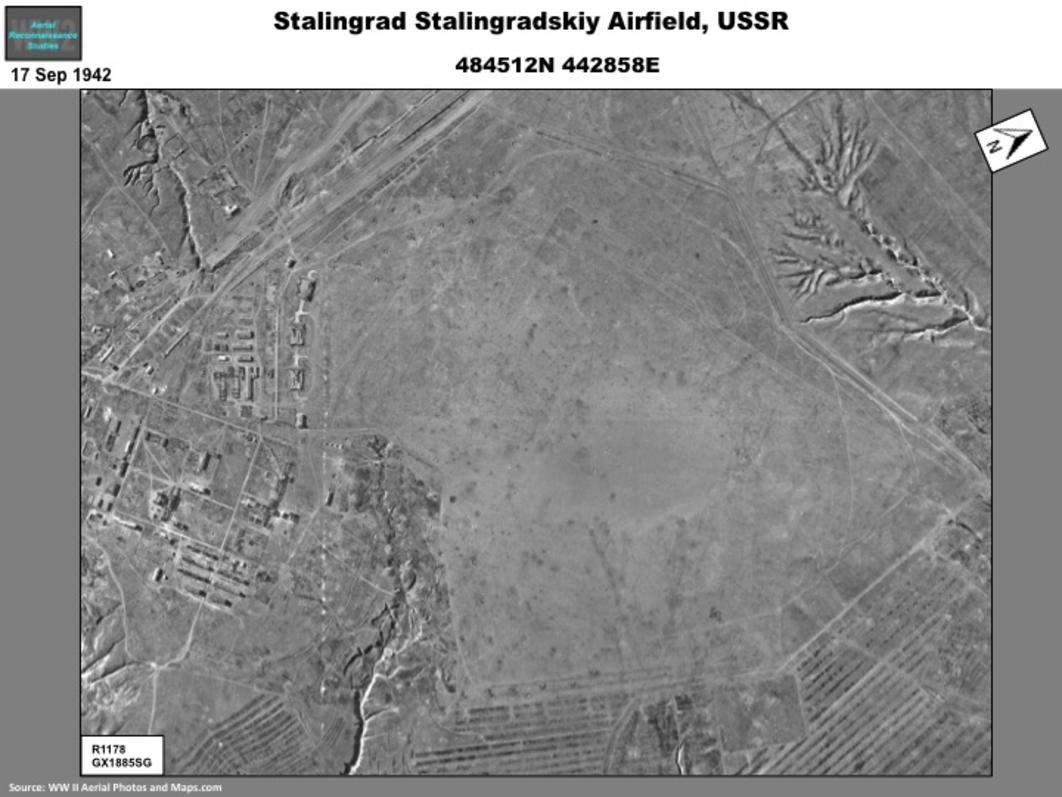 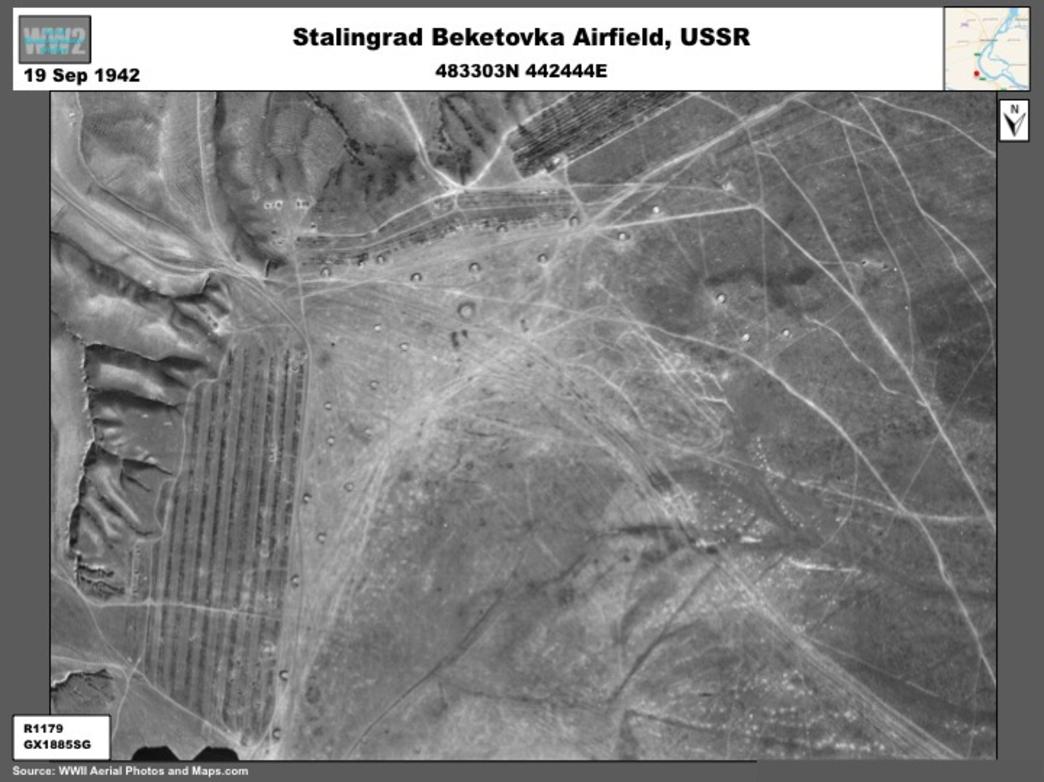 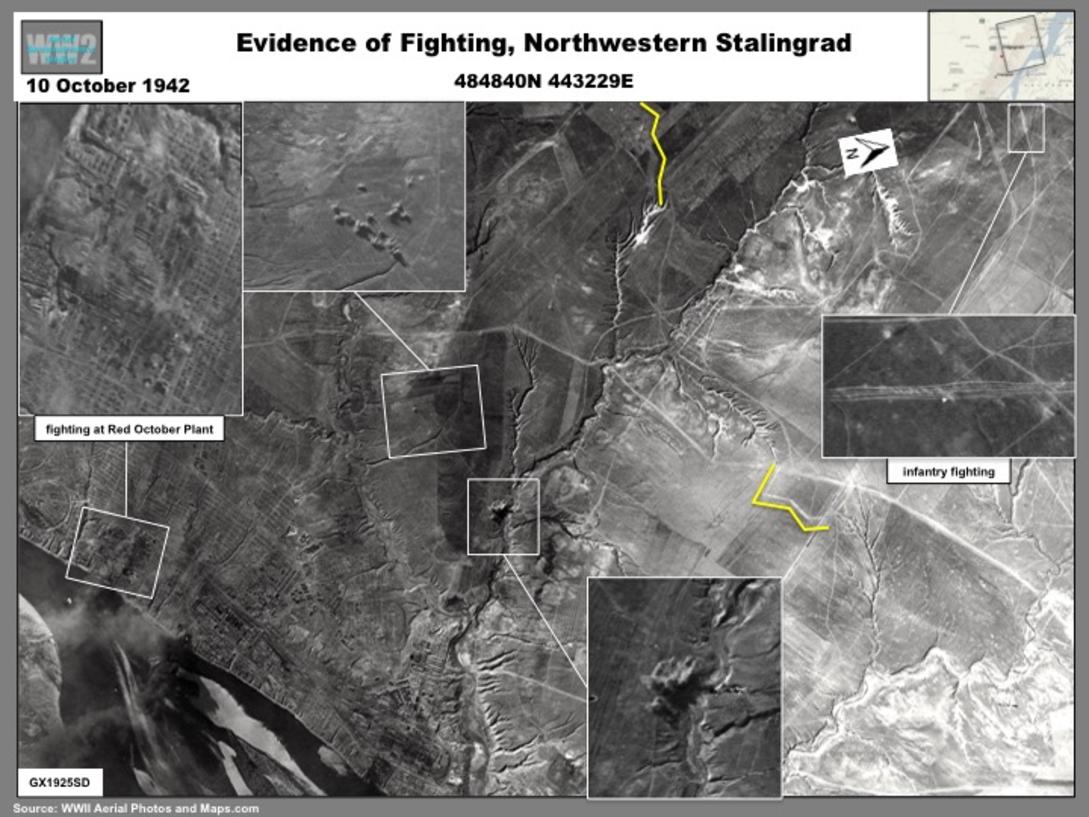 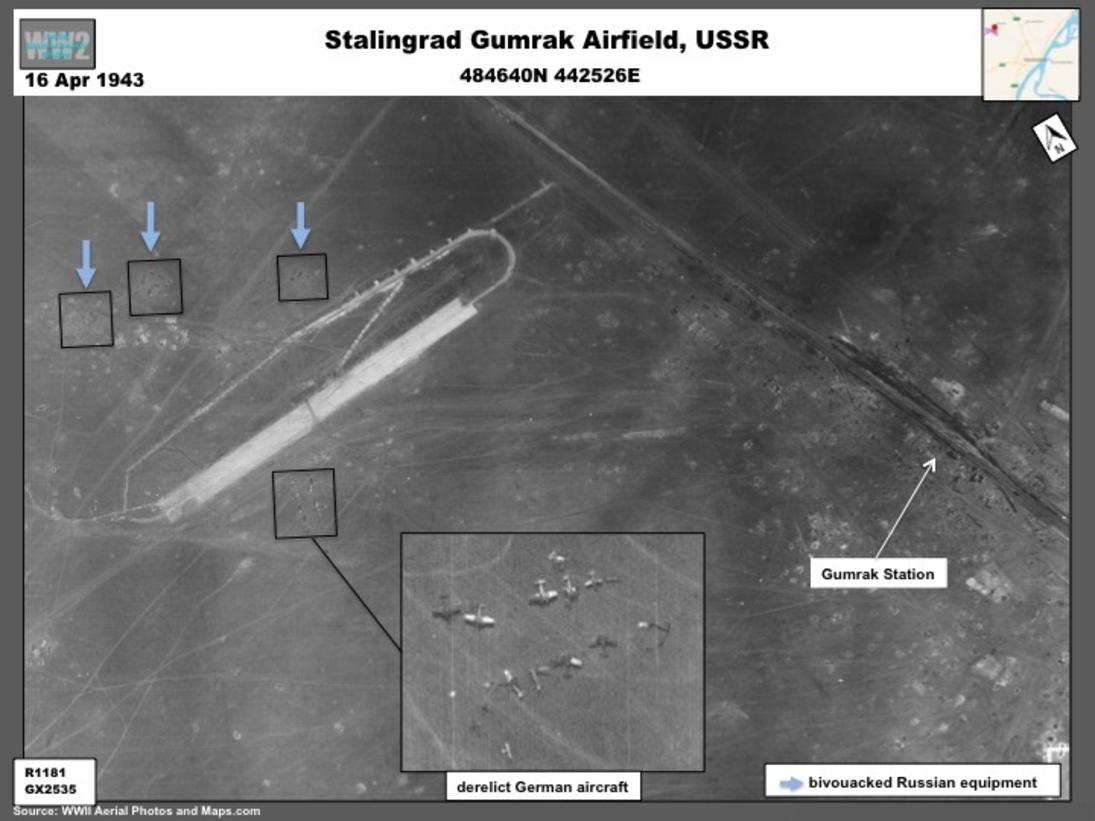 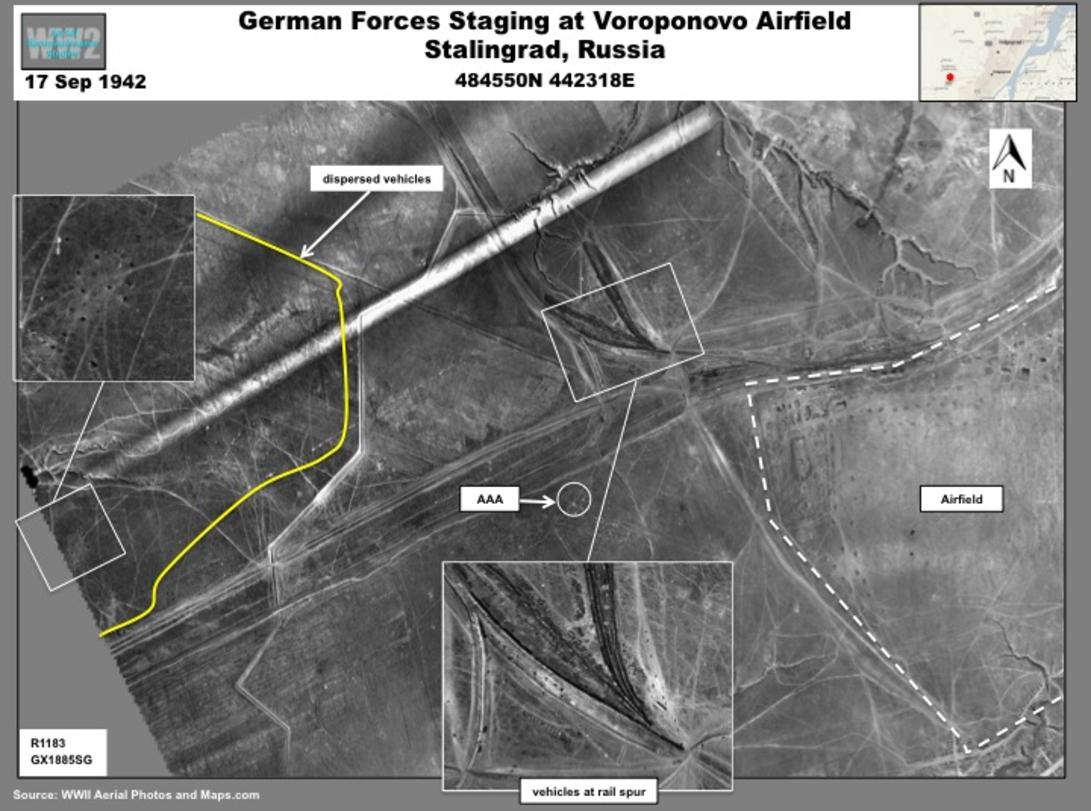 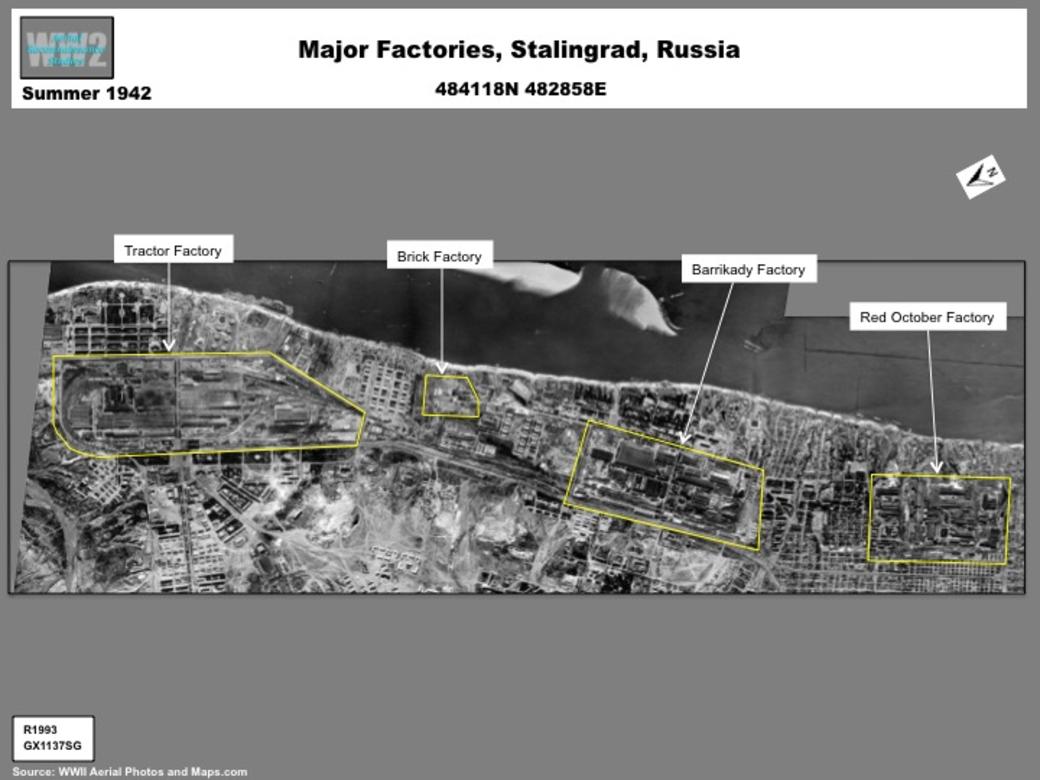 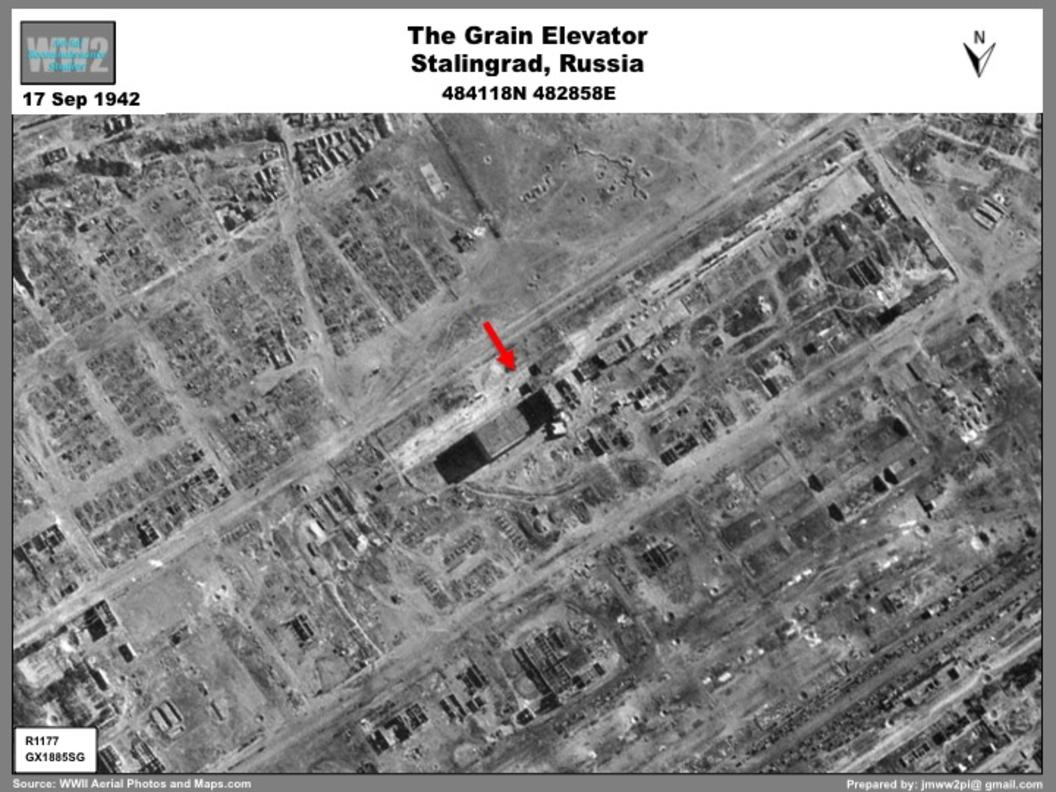