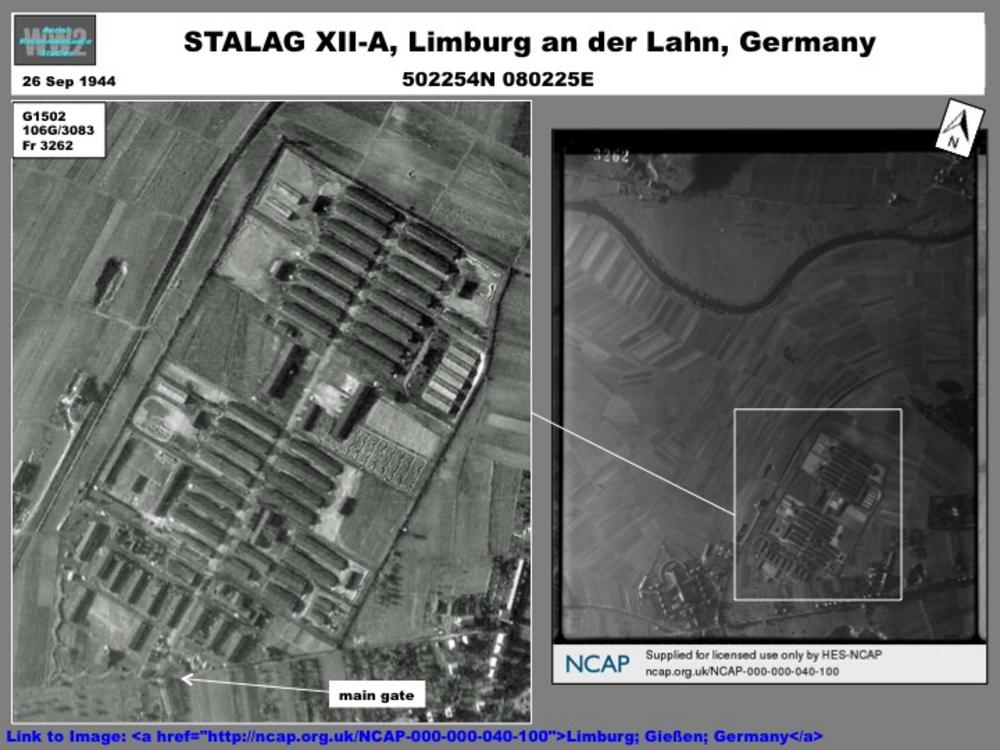 STALAG XII-A, imaged on 26 September 1944, was mainly operated as a POW transit camp; from there POWs were sent to other camps around the Reich.  Before it was liberated in March 1945, STALAG XII-A held prisoners from many nationalities including Americans, British, Asian and African.  The site eventually became a barracks --the Baron vom Stein Kaserne-- and now houses a Police Academy.