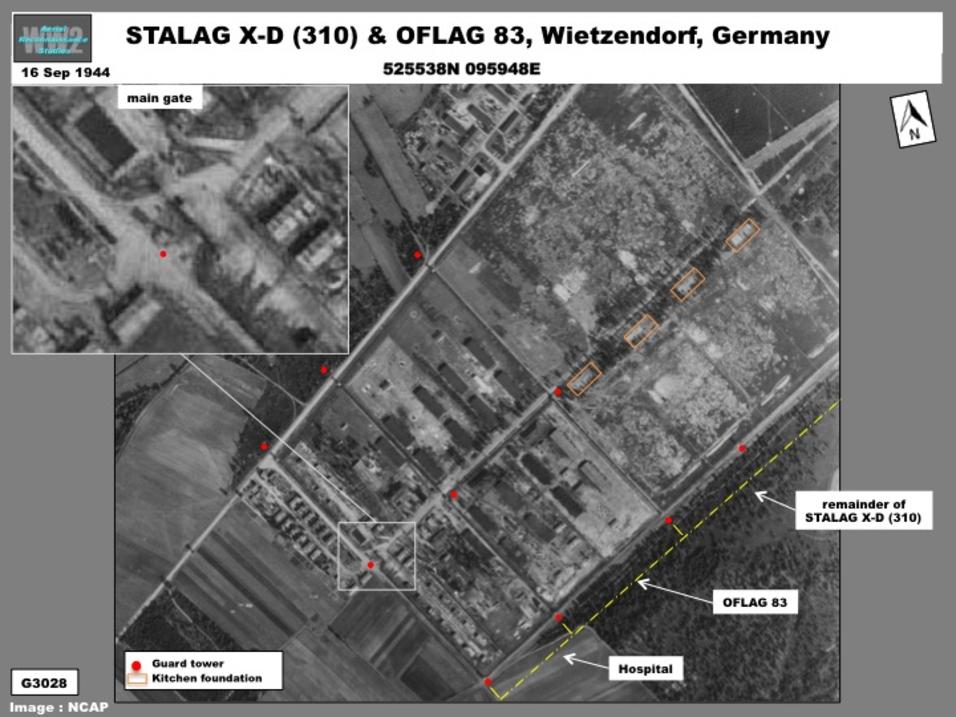 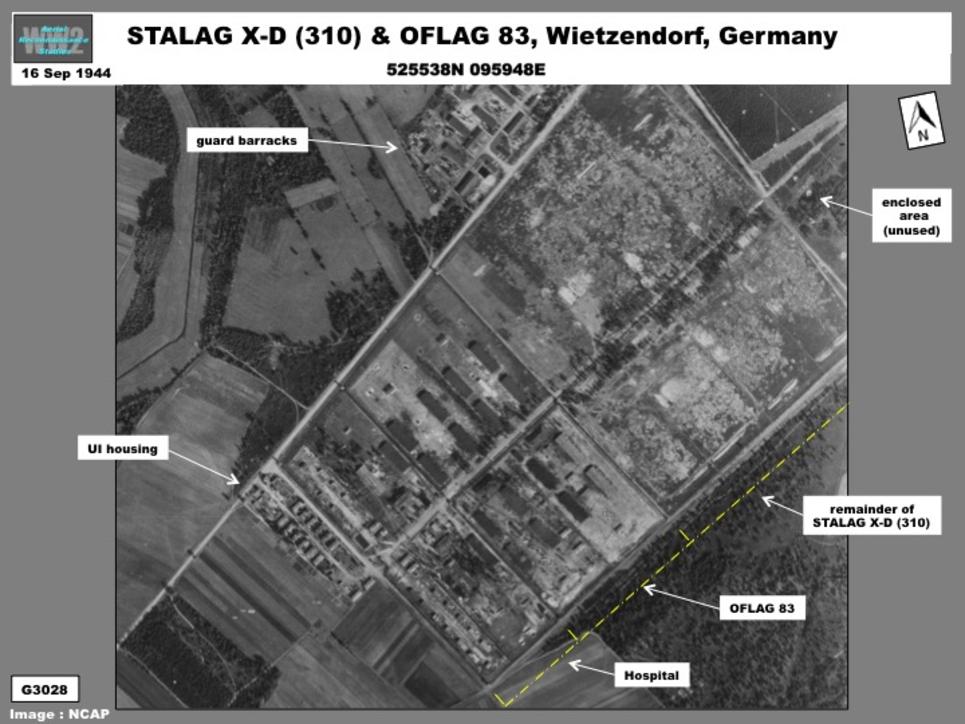 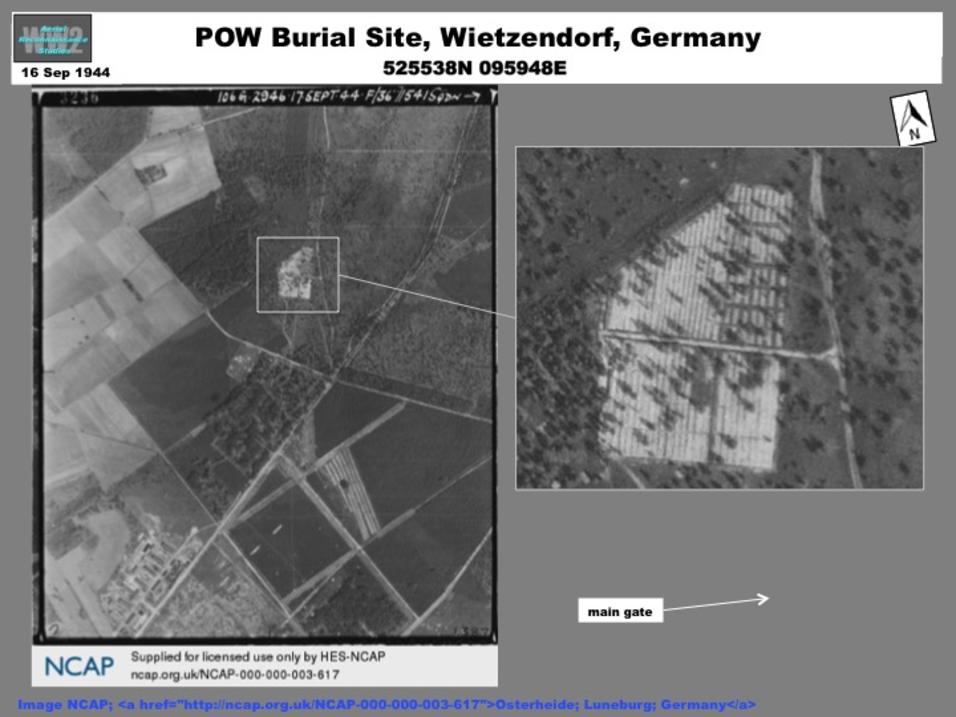 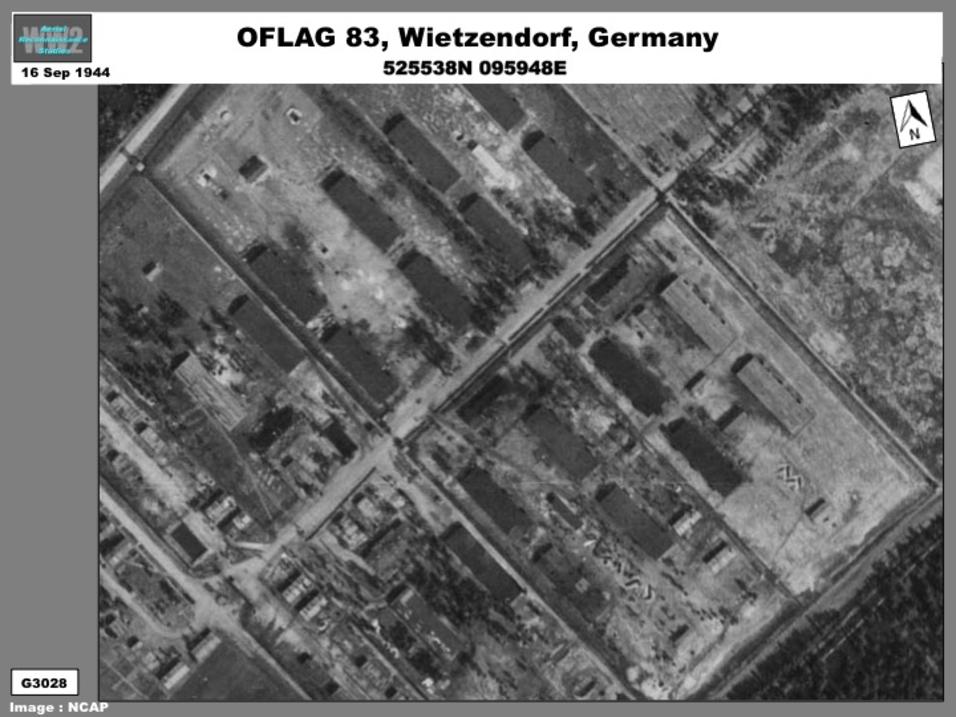 Evidence of the inhumane conditions experienced by Soviet prisoners in Nazi POW camps could be seen at STALAG X-D (310) at Wietzendorf on 16 September 1944.  Wietzendorf, near the town of Munster and 70 km south of Hamburg, was one of three camps set up on the Lüneburg Heath for Red Army POWs captured in 1941. The other camps were STALAG XI-C at Belsen and STALAG XI-D at Oerbke/Bad Fallingbostel.  Many thousands of Soviet POWs were held in the camps whe they were forced to live in dugout shelters. Thousands died of exposure and malnutrition.  STALAG X-D (310) was in use between July 1941 and August 1942.  After that, the camp became a branch camp (zweilager) of STALAG XI-B Bad Fallingbostel, which held mainly British POWs.  In January 1944, the camp became OFLAG 83, housing Italian officers. 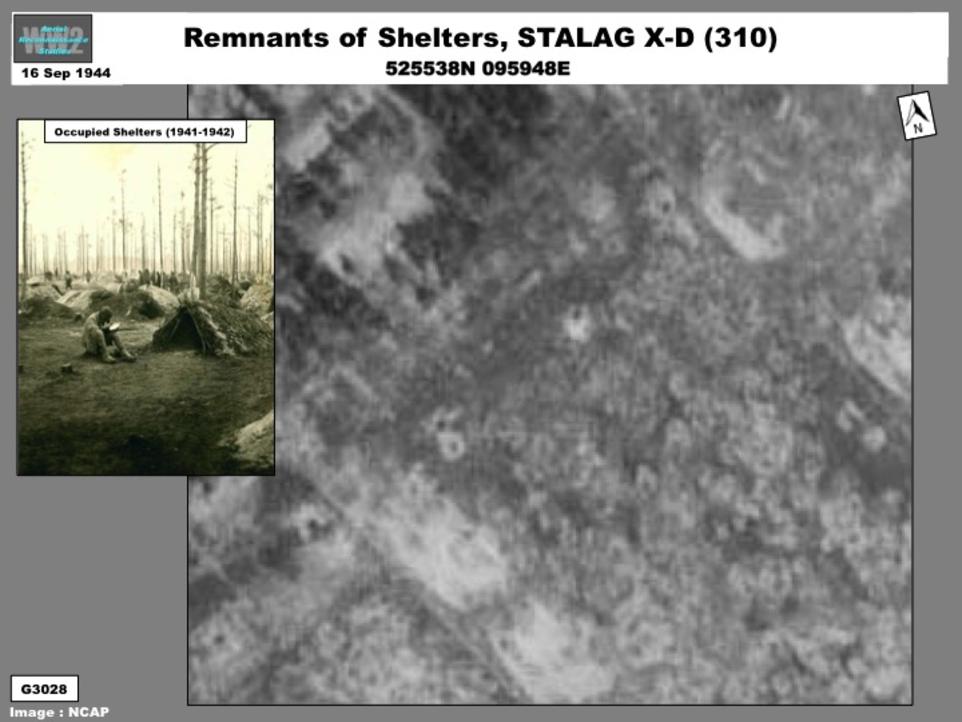 By September 1944 the remnants of the dugout shelters could still be seen in a large open area that comprised part of STALAG X-D (310) (Graphics 1 & 2).  About one-third of  the camp had been taken over by OFLAG 83, which consisted of two areas with a total of 16 barracks and two kitchens (Graphic 3). An apparently unused enclosure was adjacent to original camp. Available ground photos showed some buildings, notably those in the hospital section, were constructed for the original camp. The foundations for four kitchens similar to those in the OFLAG could still be seen in the original camp area (Graphic 3).  In all, the camp originally had at least 14 guard towers, including one on the unused enclosure and at least two that appeared to have been removed.  Each section had its own gate and guard tower (Graphic 4). Other facilities included a guard barracks  and a small group outside the main gate.  A burial site for Soviet POWs was 1 km northeast of the camp (Graphic 4).