Stalag III-C, a major POW camp, was was imaged by Luftwaffe reconnaissance on 20 February 1945.  The camp, located at Alt Drewitz near the town of Küstrin (Kostrzyn) on the Oder River, was vacant, having been liberated by the Red Army on 31 January.  STALAG III-C was established  in June 1940; it first held Belgian and French POWs, but eventually Yugoslav, British, Soviet, Italian and American prisoners would be housed there.  Soviet POWs appear to have been held in other locations and a probable sub-camp was kept at the Küstrin cellulose plant.

On 20 February Stalag III-C appaeared to be intact (Graphic 1).  The camp was divided into three sections, possibly to separate POW nationalities. Clearly visible was the camp cemetery 450 meters to the northwest, which survives as a POW memorial (Graphic 2).  However, a cleared an graded area arcross the road suggests that it may also have served as a burial area. 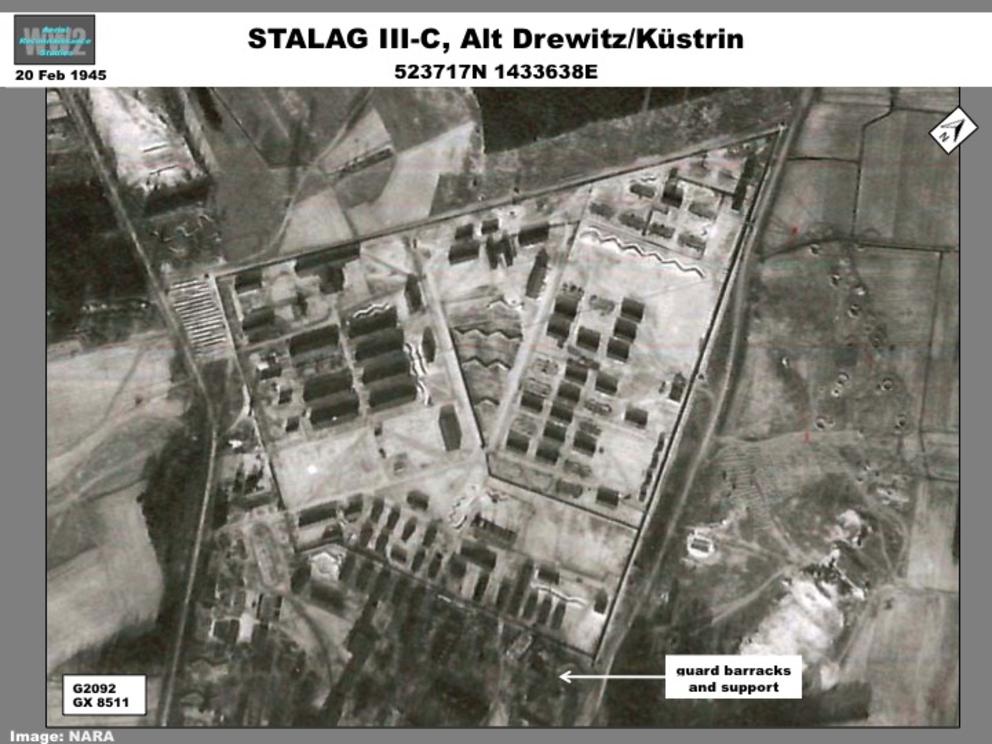 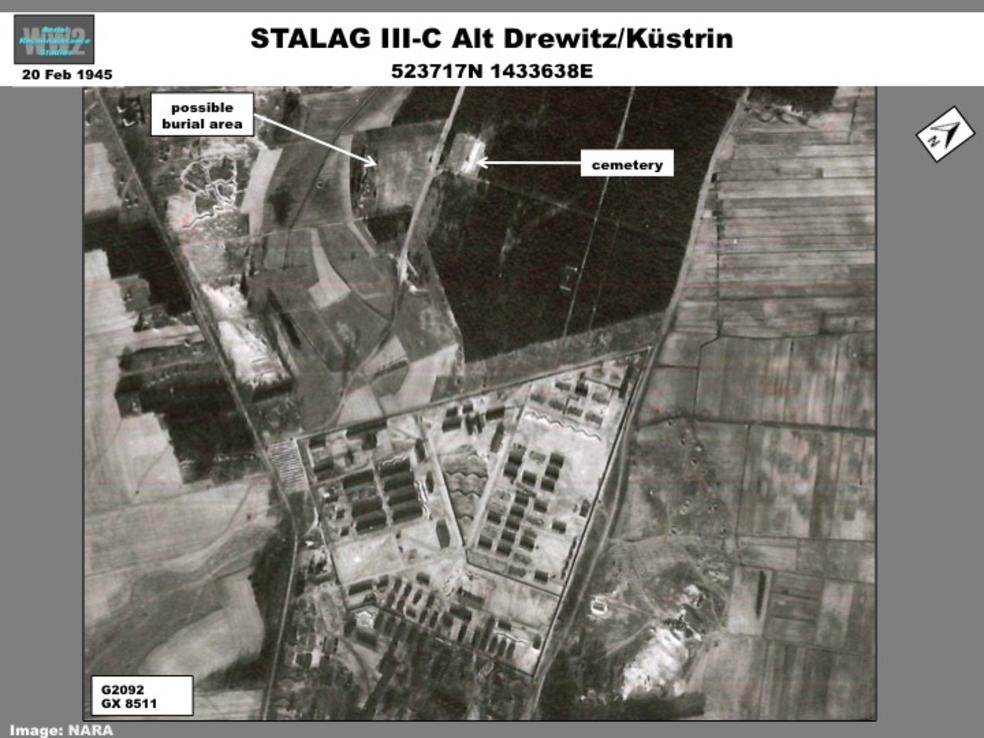