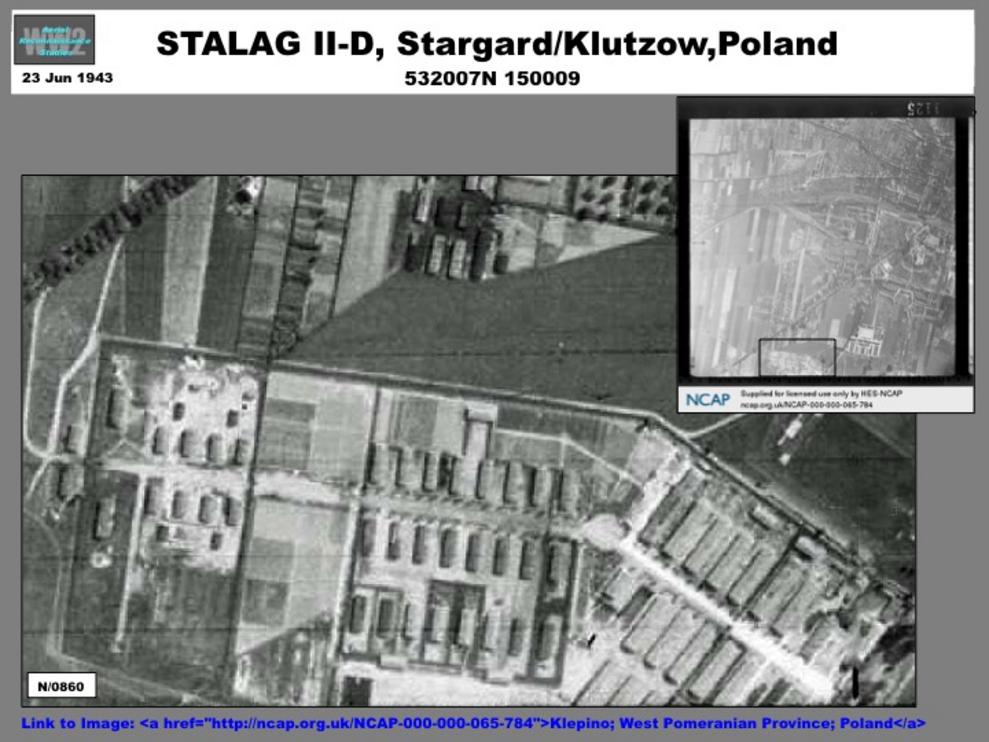 STALAG II-D at Stargard, Pomerania (Poland) was partially imaged by and RAF reconnaissance sortie on 23 June 1943.  According to Wikipedia, the camp was established for Polish prisoners in September 1939.  Between 1940 and 1944, French, Soviet, American, Canadain and Italian POWs were interred in the camp. After the war a military barracks was constructed at the site.