After the departure of Totenkopf elements from the garrison at Sachenhausen in 1940, Oranienburg gradually became the center of the SS vehicular logistics system. The Totenkopf vehicle park was used for vehicle repair and testing, but by 1942 became too small after additional SS vehicle service elements relocated to Oranienburg. What came to be known as the SS Armory and Vehicle Office expanded into a forested area referred to as the Waldlager, which also housed the SS service dog-training facility (Graphic 1).  Eventually, the rail-served area contained over 350 buildings  (not all shown) including workshops, storage buildings and barracks. Later in the war, the facility was used to manufacture Panzerfausts and other weapons. (1)

On 20 May 1943 more than 1600 vehicles were parked in groups in the Waldlager (Graphics 2 & 3). The vehices had probably been mobilized to refit or form Waffen-SS units. Possibly associated activity was taking place concurrently in the Totenkopf vehicle park, where about 120 vehicles --including 36 possible SdKfz halftracks – were parked in a large group (Graphic 4). 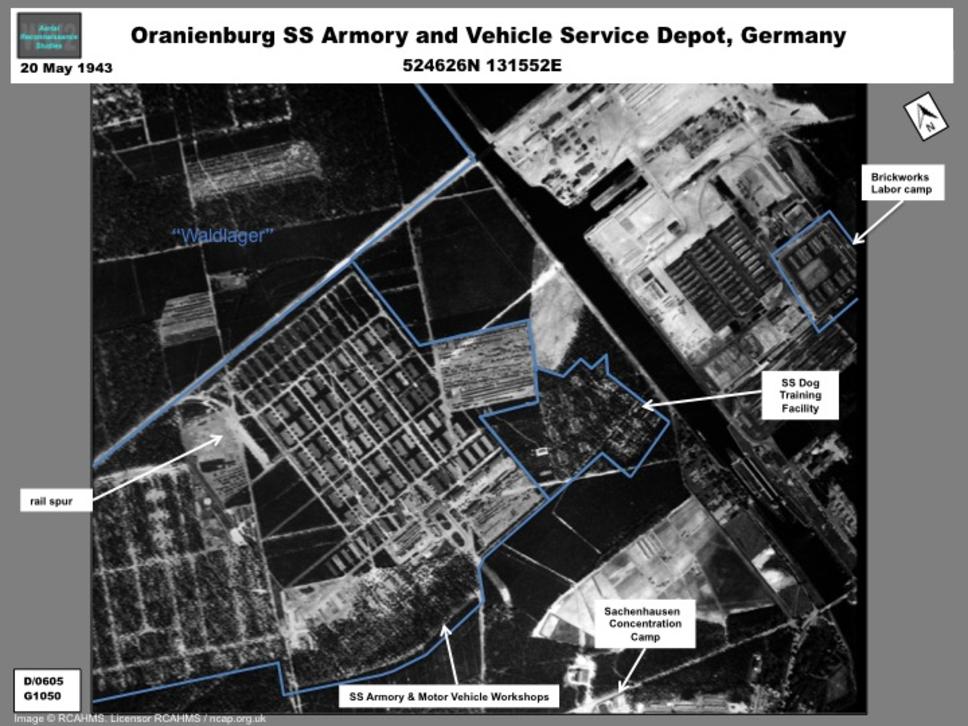 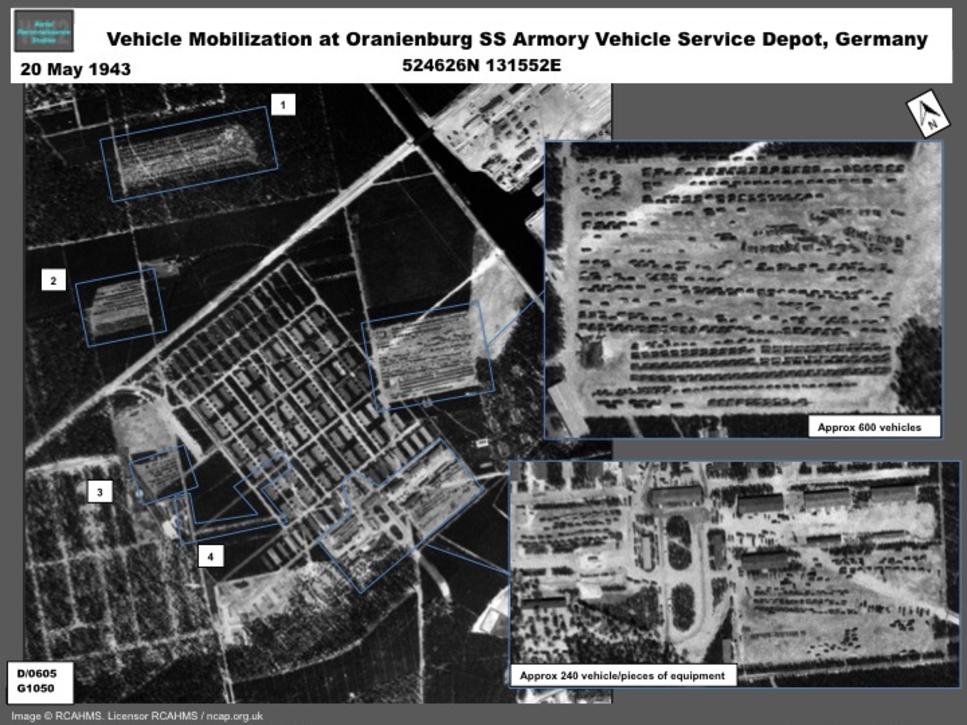 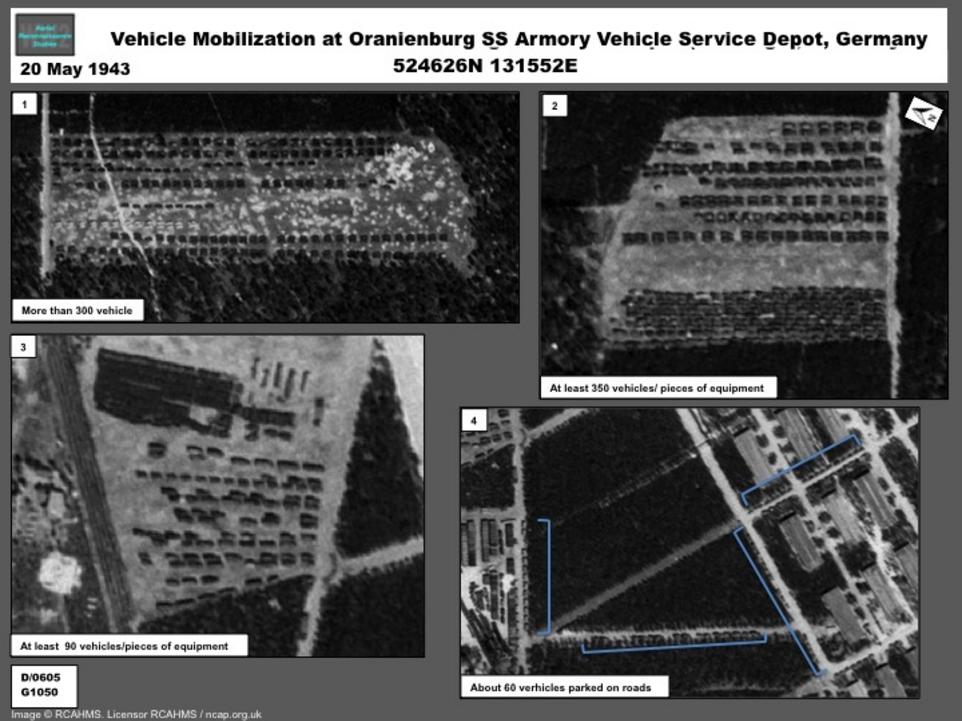 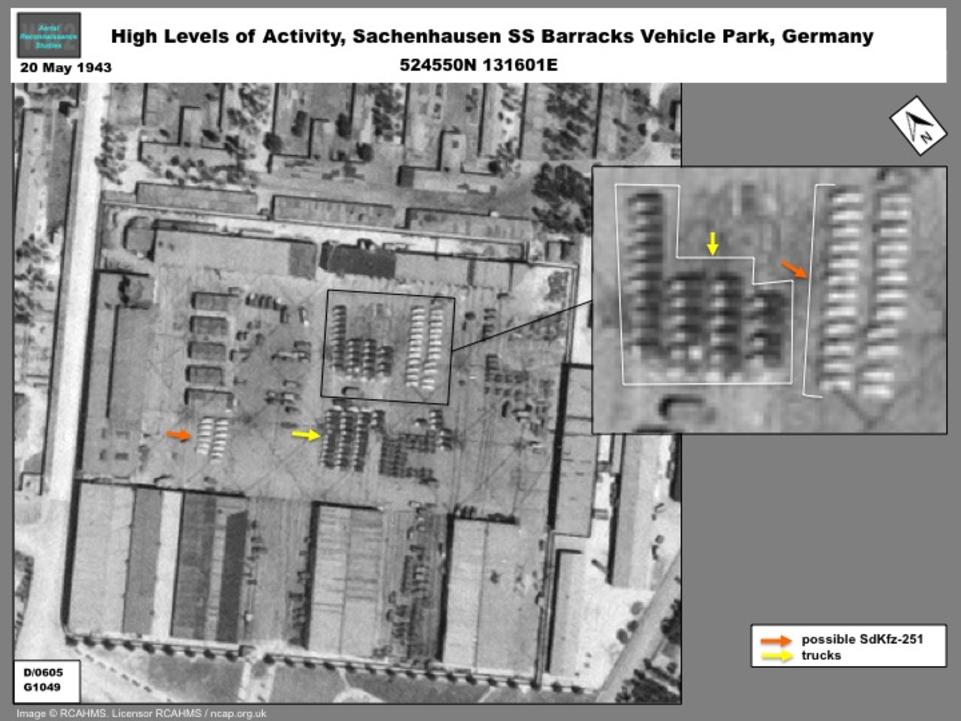