The soviets used the rail yard at Idritsa near the Lithuanian border to evacuate equipment ahead of the advancing Germans. On 3 July 1941, a convoy of trucks towing eight probable 37mm anti-aircraft guns was traveling toward the railhead (Graphic 1).  A number of other vehicles and stacks of materiel were also present.  Flatcars had been assembled at the rail yard to transport the equipment.  Idritsa was occupied on 15 July and became a major German logistics point, which included an airfield.  Improvements, including preparations to add new platforms for loading of equipment continued late in the war (Graphic 2).  By 18 July 1944, six days after Idritsa had been retaken, the rail yard remained empty. 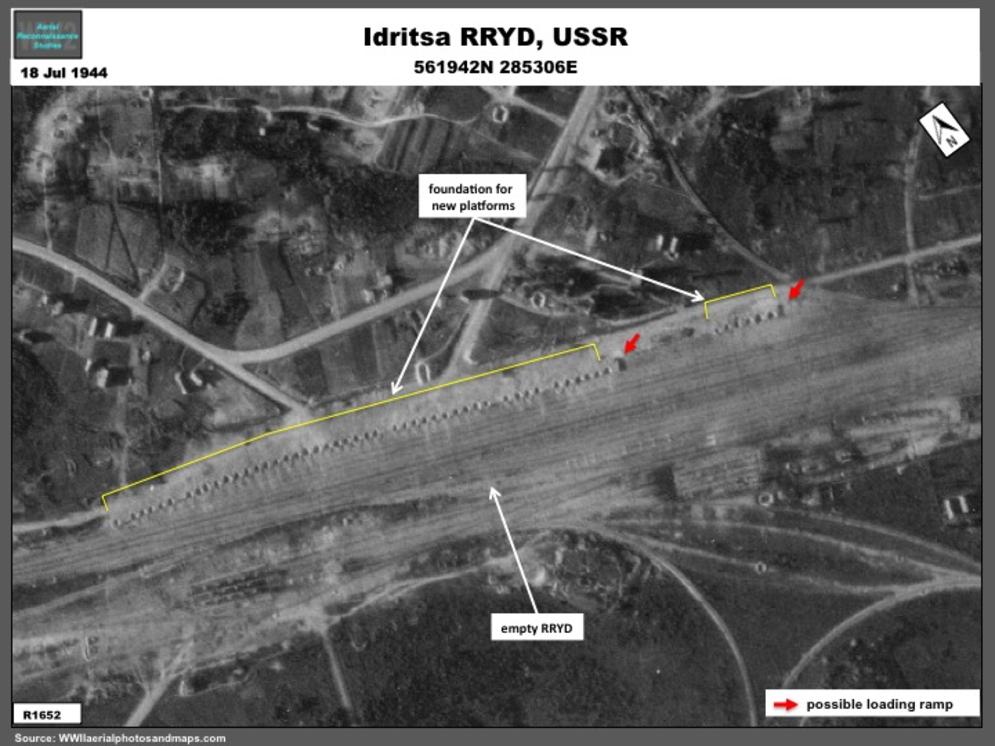 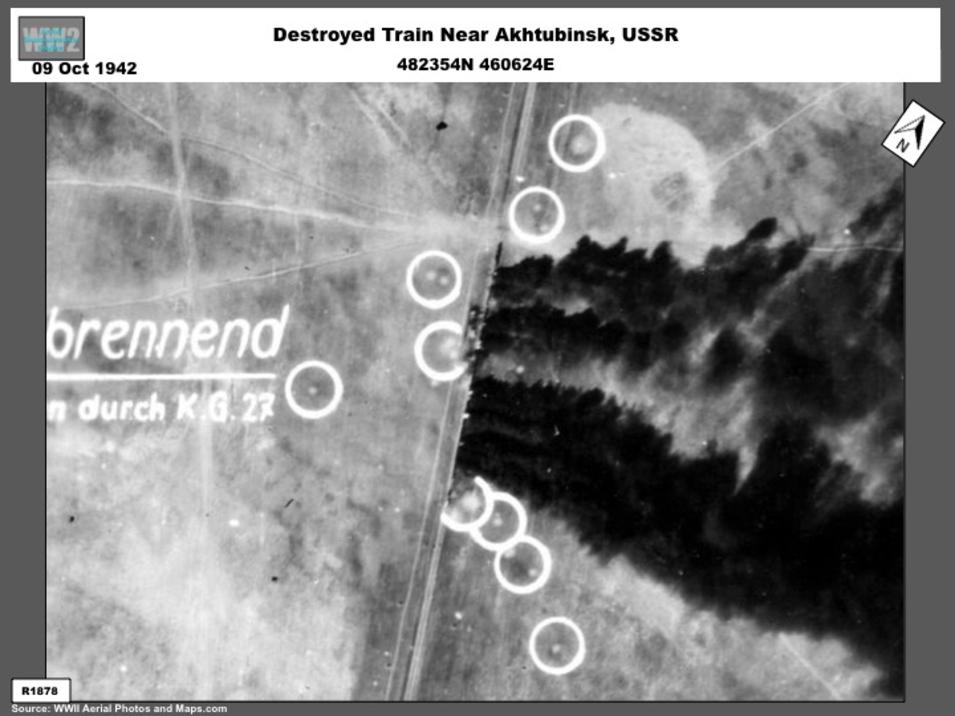 On 4 July 1942, the soviets were using smoke in an attempt to conceal the town and rail yard at Alexeyevka (Graphic 6).

On 9 May 1942, the soviets were probably withdrawing from the Khomutovo area, where eight probable STZ artillery tractors were present at the rail siding (Graphic 4); heavy track activity could be seen throughout the area. A soviet armored train was parked at the siding.

Soviet rail logistics were of prime importance to German targeteers and a focus of areial reconnaissance. The six selected images below illustrate activity at rail targets before, during and after the invasion. 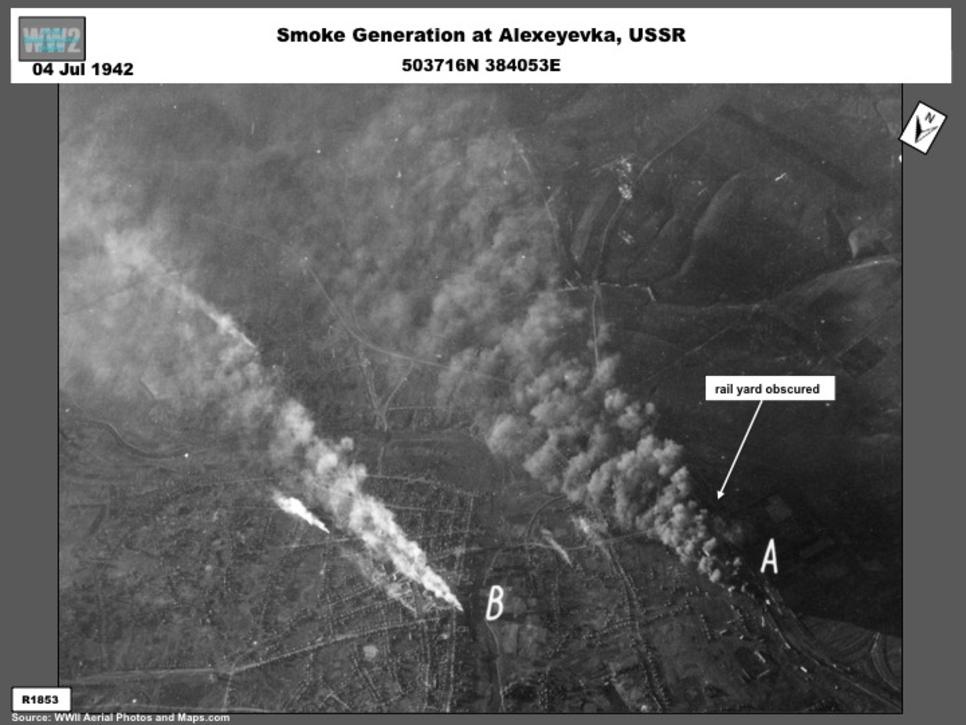 The rail complex at Bachmatsch, Ukraine, was struck by the Luftwaffe on 14 July 1941, when rolling stock was burning at one of several rail yards (Graphic 3). By August, the Germans had repaired several of the tracks and repair was in progress on several others. 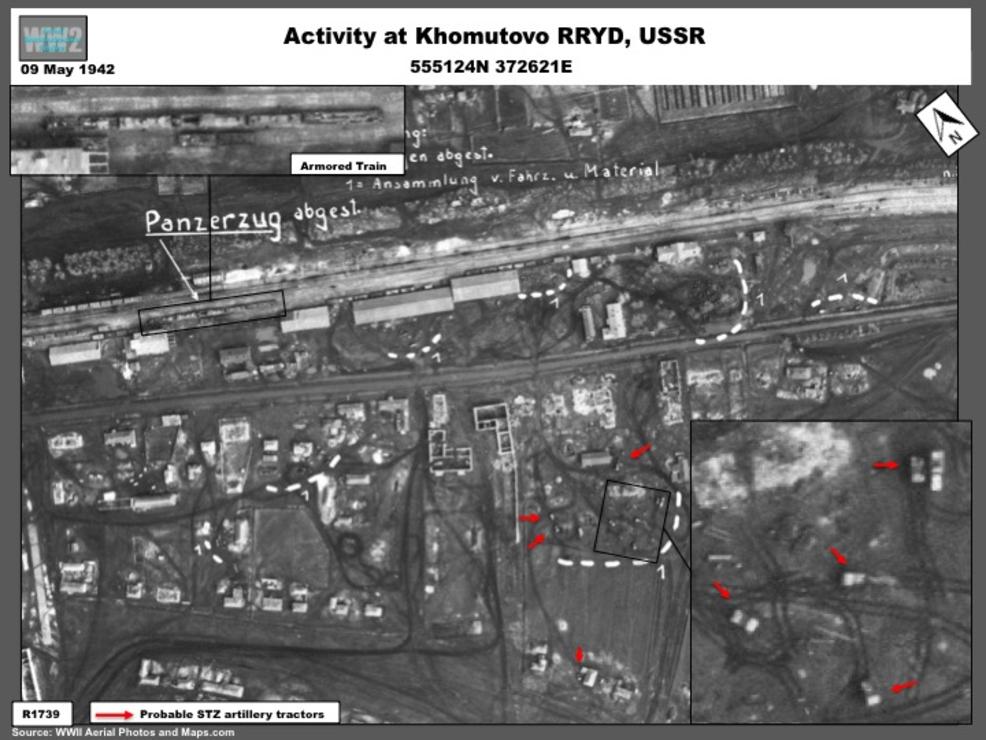 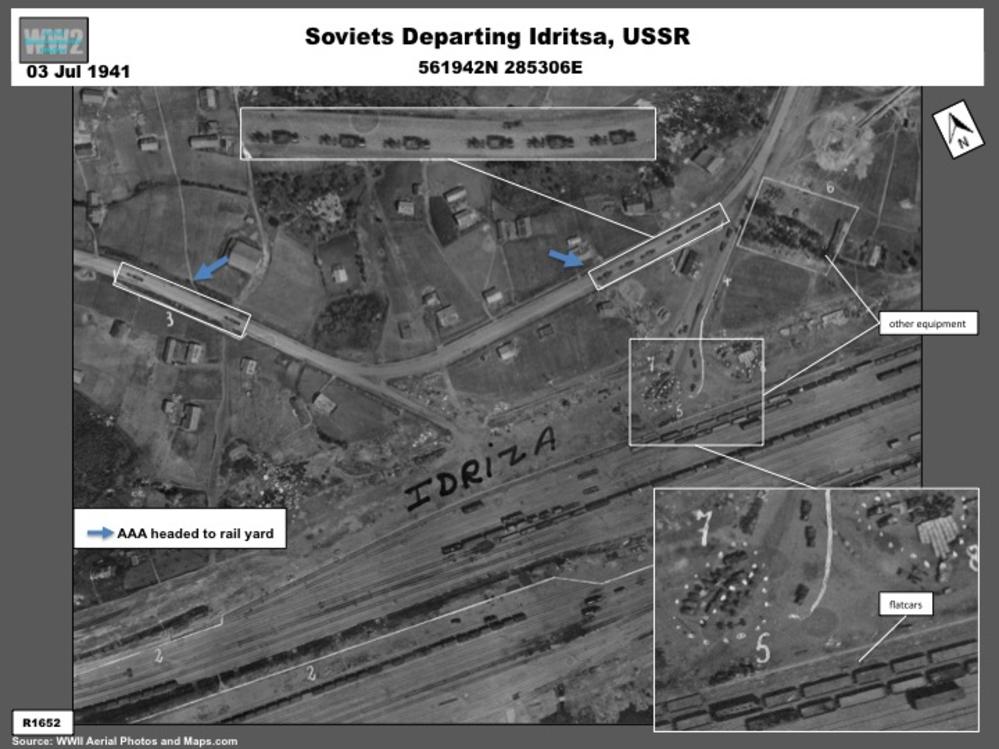 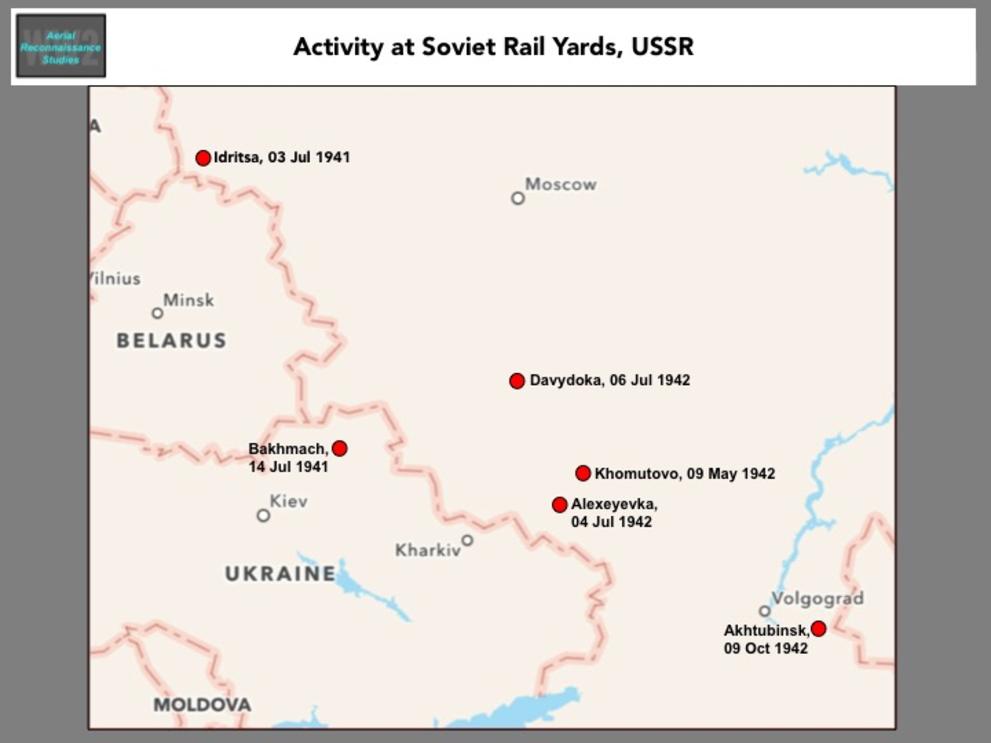 Rail facilities at Davydovka had been recently struck on 6 July 1942, when smoke could still be seen rising from destroyed storage buildings (Graphic 5).  Rollingstock had been destroyed and several tracks had been destroyed by bombs. By 1943, the yard was fully operational. 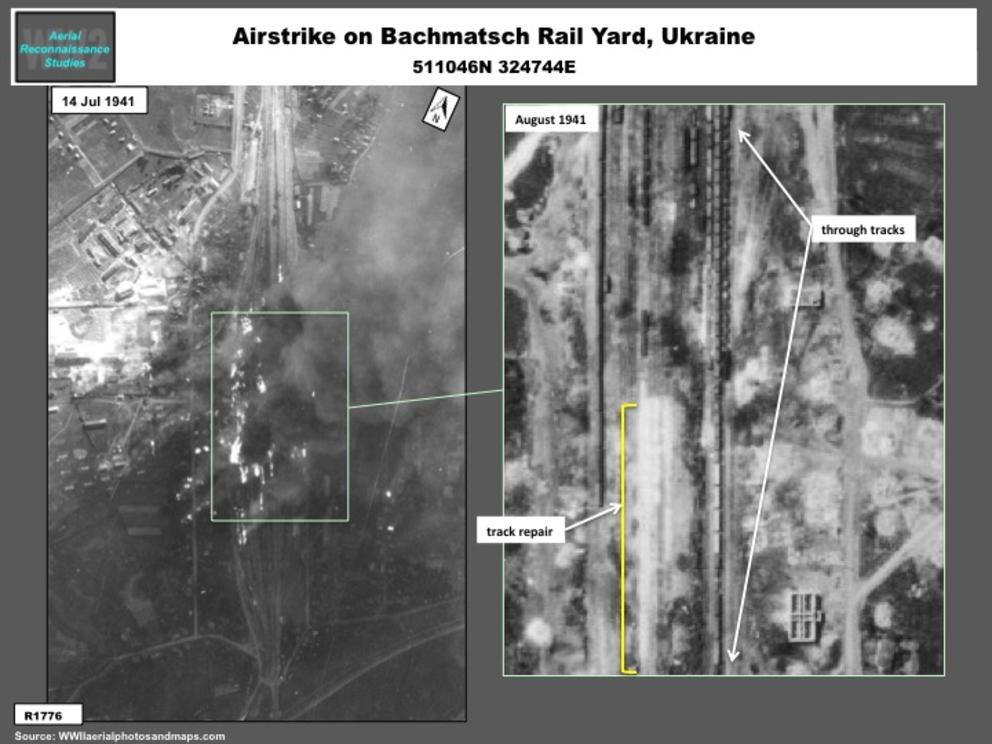 On 9 October 1942 a train had been recently struck and was burning near Akhtubinsk,120 km west-northwest of Stalingrad in southern Russia. The attack, by K.G.27, was part of the campaign to destroy soviet logistics targets during the battle of Stalingrad,