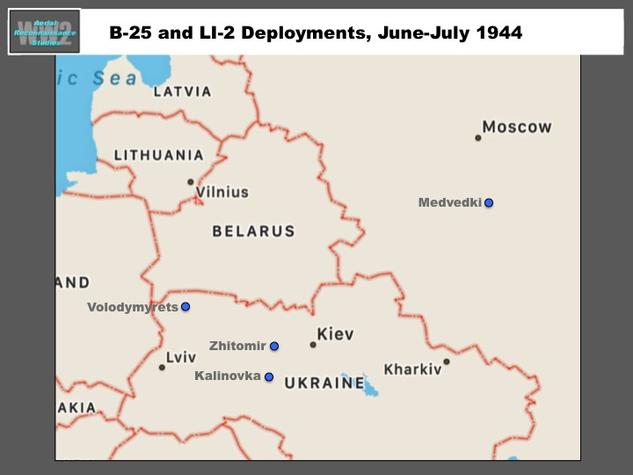 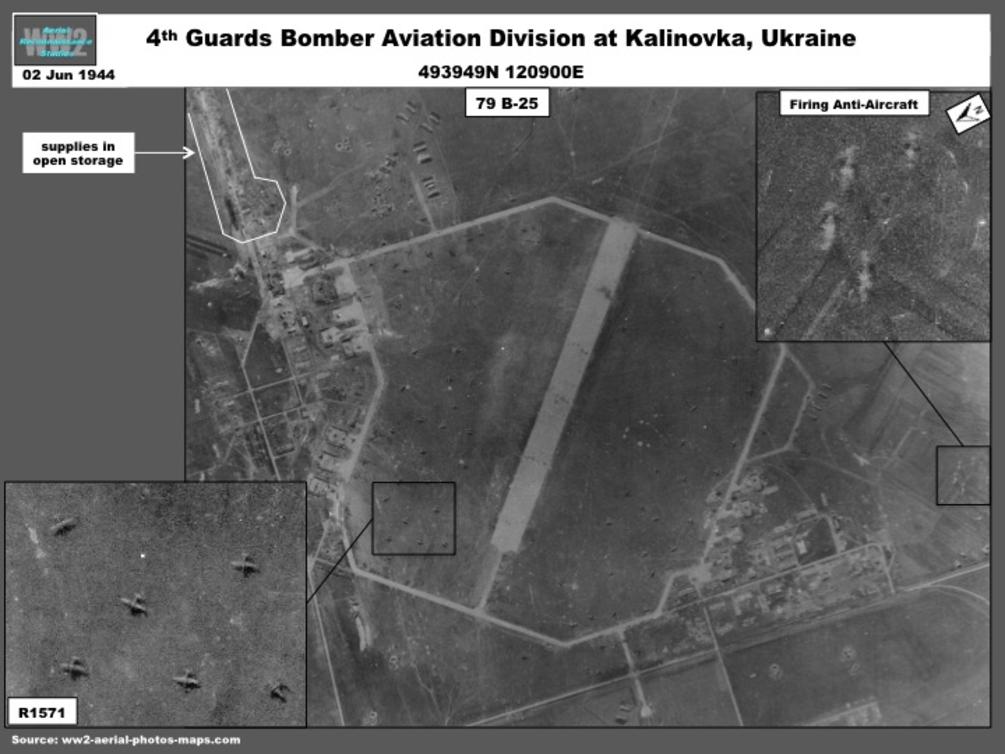 A transport regiment probably belonging to the 12th Aviation Division (Long-Range) was deployed at Volodymyrets in Northwest Ukraine on 23 June (Graphic 3). Thirty-three LI-2's were deployed in revetments around the landing area.  The 12th Aviation Division, with three regiments, was formed at Monino, near Moscow in May 1943.  As Bagration progressed on 14 July, another LI-2 regiment with 35 aircraft was deployed at Zhitomir.  Facilities at Kalinovka were left fully intact permitting it to operate as a long-term base.  A single PE-8 heavy bomber also at the field. 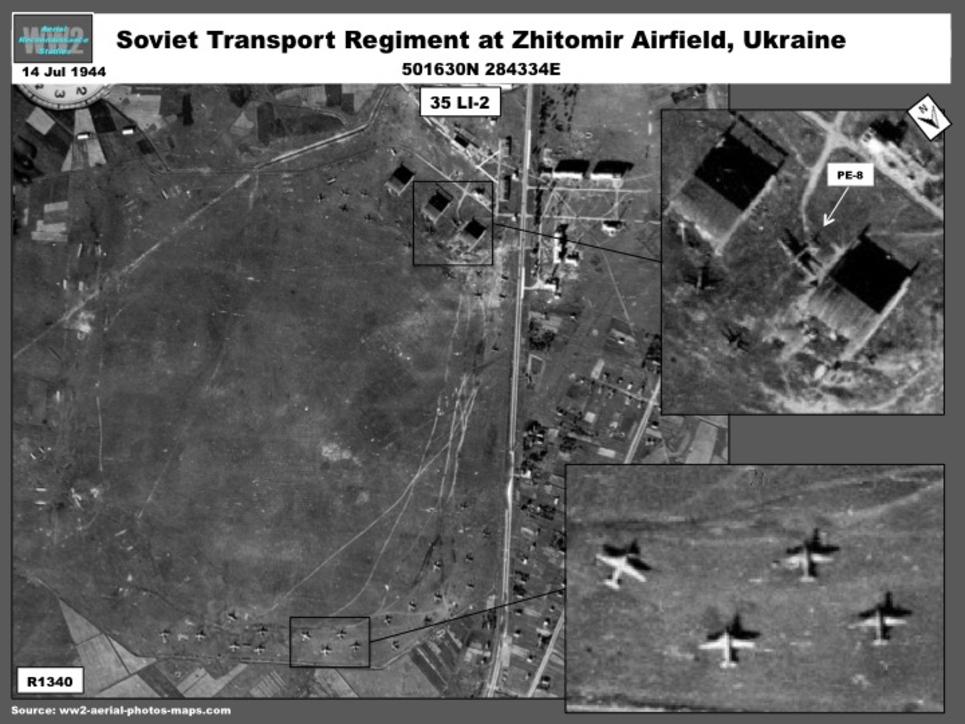 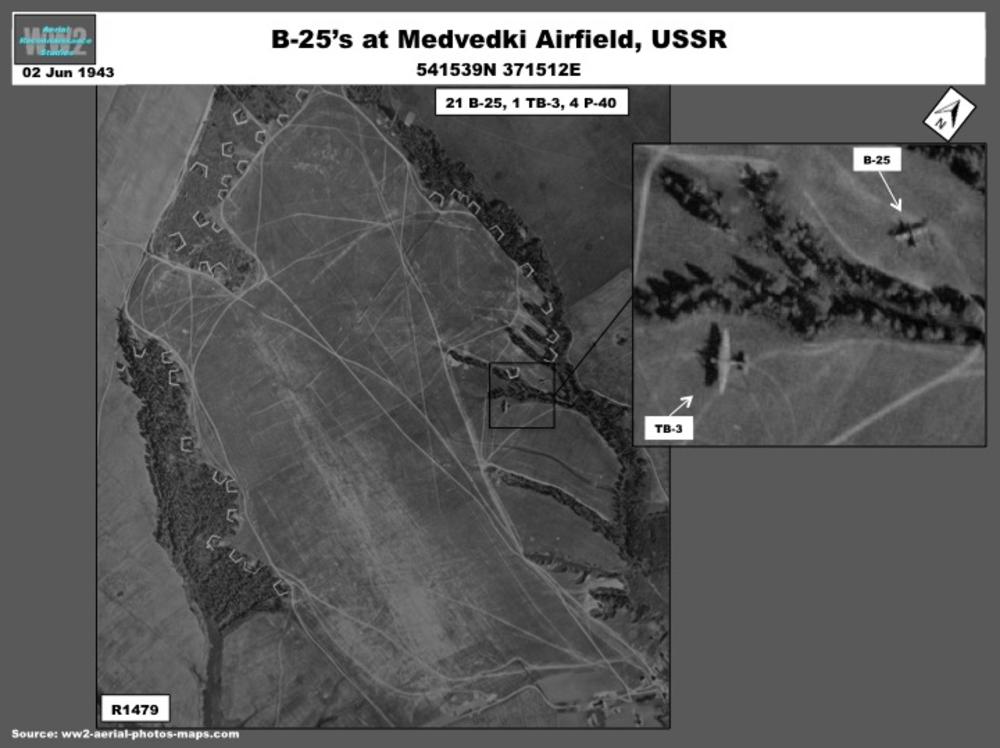 The Red Army build-up of forces prior to Operation Bagration on 22 June 1944 included lend-lease B-25 bombers and license-built LI-2 transports, both long-range assets subordinate to the Reserve of the Supreme High Command (RVGK).   On 2 June 1944, probable elements of the 4th Guards Aviation Division (Long-Range) were deployed at Kalinovka Airfield,  southwest of Kiev (Graphic 1).  The 79 B-25's at Kalinovka comprised two full regiments of the division. The 4th Guards Aviation Division was formed from the 222nd Air Division (Long-Range) in March 1943 as sufficient numbers of B-25s had been acquired to fill its regiments.  The  B-25's at Kalinovka were parked in two 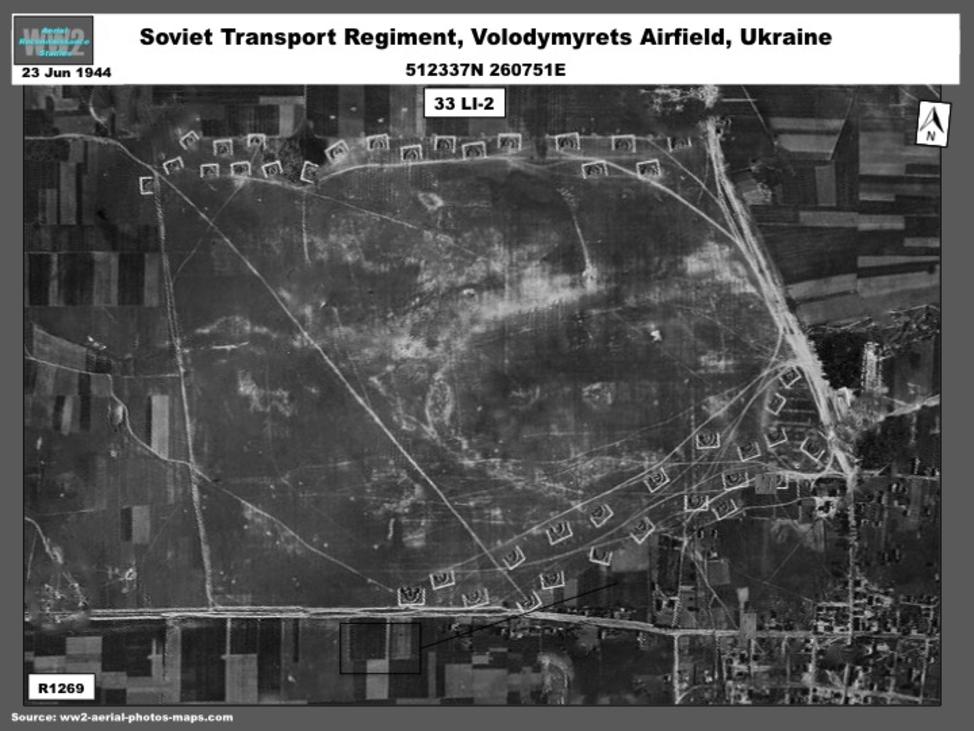 probable regimental groups.  Kalinovka's facilities had been demolished by the Luftwaffe, but a large amount of materiel in open storage (not fully shown) indicated that it would become an operational base.  The airfield was defended by two anti-aircraft batteries, one of which was firing at the reconnaissance aircraft.  On 2 June 1943, shortly after the formation of the 4th Guards Aviation Division, elements of a B-25 regiment with 21 aircraft were deployed at Medvedika a rear-area dispersal field near Tula (Graphic 2).