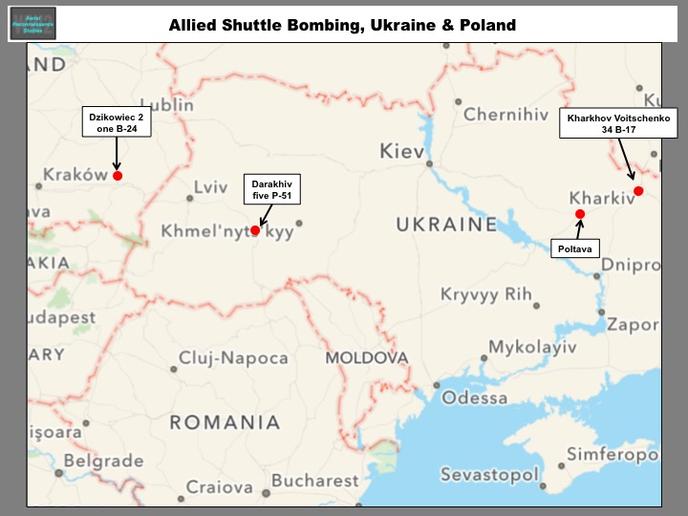 During OPERATION FRANTIC between June and September 1944, the US Army Air Force (USAAF) used shuttle/recovery bases in the USSR/Ukraine. The main base selected by the Soviets was at Poltava, but on 24 June, 34 B-17 bombers were deployed further East at Kharkov, indicating that other bases were also used (Graphic 1). The available GX imagery showed probable related deployments at other bases that did not fit the timeframe of "FRANTIC." Five P-51 Mustangs were deployed at Darakhiv in western Ukraine on 25 May 1944 (Graphic 2).  On 26 October, one B-24 --probably having experienced mechanical difficulties-- was parked with an IL-2 regiment at Dzikowiec, a Soviet tactical airfield in recently occupied eastern Poland. (Graphic 3). 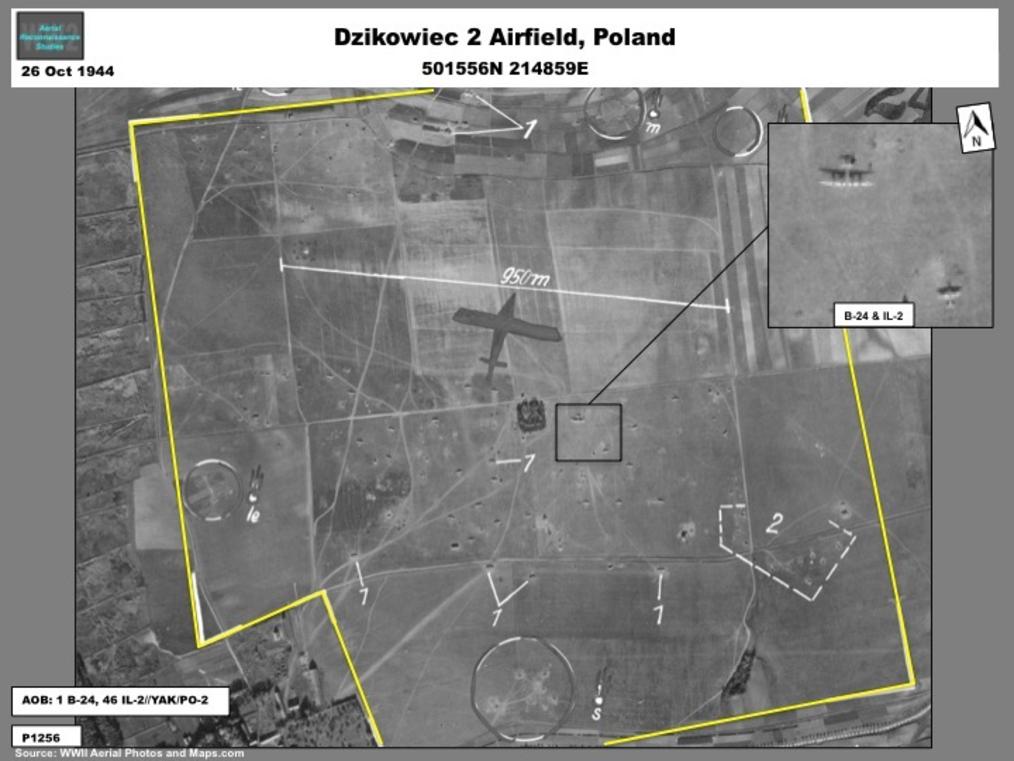 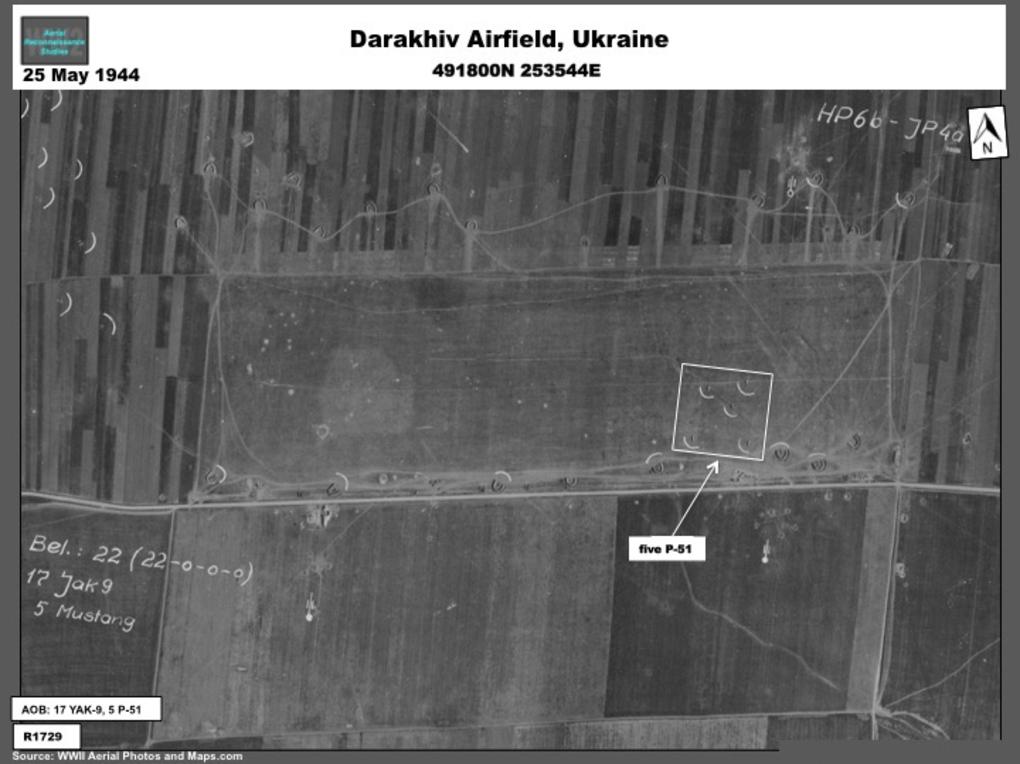 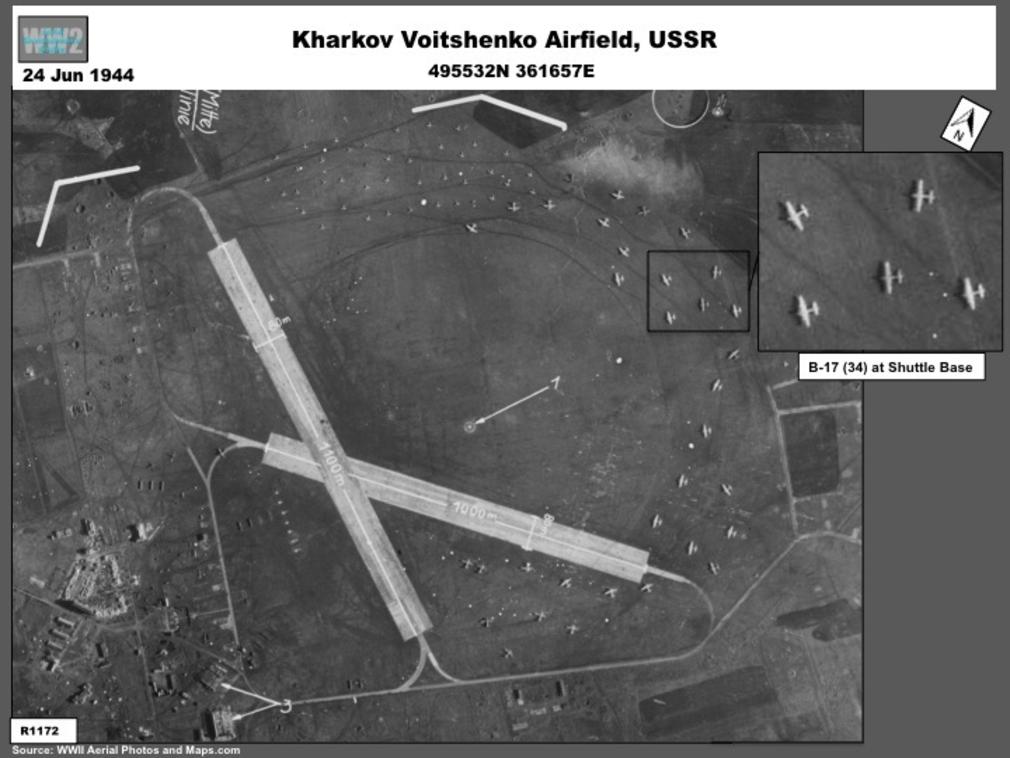