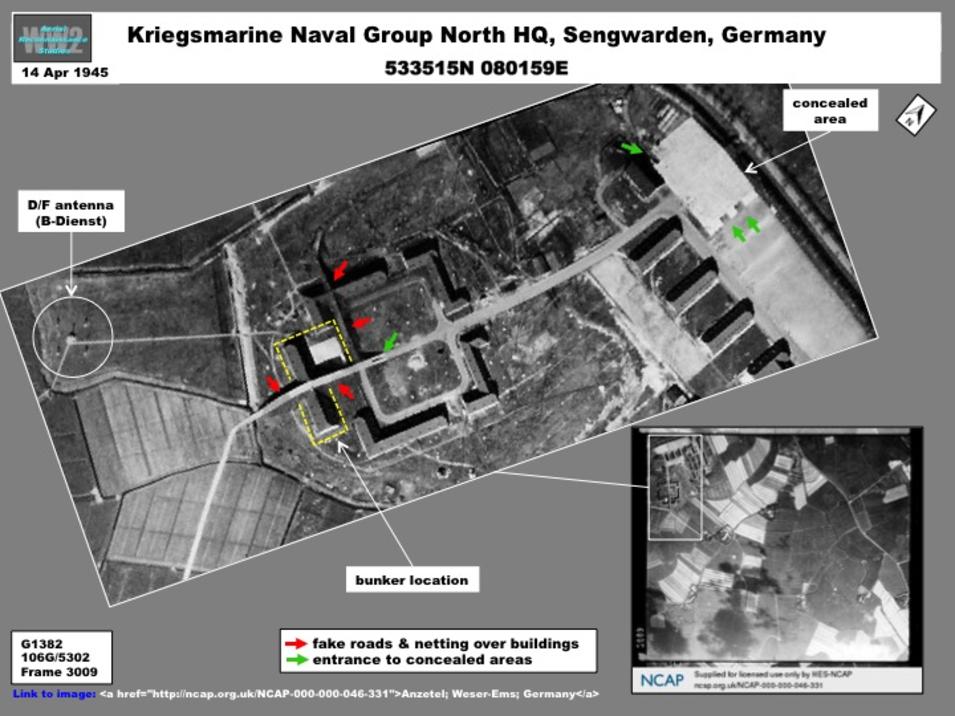 Elaborate steps had been taken to conceal the identity of the Sengwarden complex: fake roads composed ofof camouflage material were installed over the main headquarters and an adjcent building in an attempt to make the area look like a farm.  A personnel entrance to the headquarters building and bunker could be seen at the end of one camouflage segment.  Additionally, a 100 x 50 meter area at the north end of the complex had been camouflaged to appear to be part of an adjoining hardstand of parade ground. Three vehicle-size entrances suggest that the area was used by equipment of some kind.

Adcock antennas were also employed as part of the German air navigation network. The navigation stations were deployed in a network and usually situated near airfields. One example was located at Brieg (Brzeg, Poland) airfield, a major base in Silesia (Graphic 2).  A few other Adcock navigation stations were identified at Leck, Straubing and Munich Riem in Germany and Wiener Neustadt in Austria. 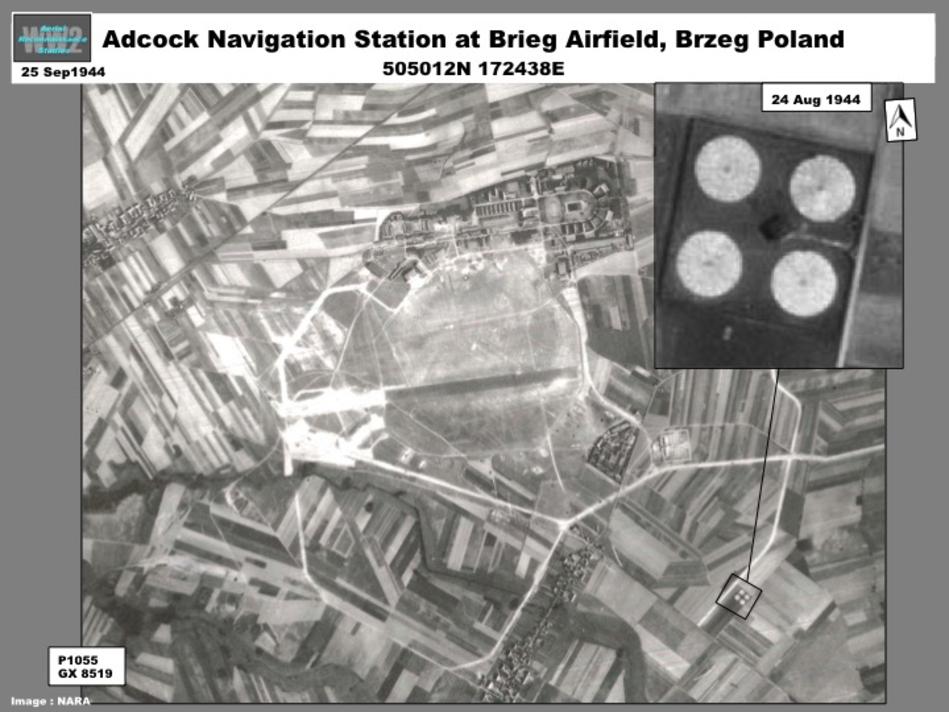 Located 8 km northwest of Wilhelmshaven, the Sengwarden headquarters was composed of an administrative area with five buildings (Graphic 1) and a support area with 20 barracks,10 of them temporary(not shown).  According to Wikipedia, the complex featured a large command bunker constructed for Naval Group West. The bunker was located beneath the main headquarters building and its courtyard.  Numerous communication antennas were installed around the headquarters.  A four-element Adcock direction-finding (D/F) antenna --part of the B-Dienst network for monitoring enemy naval activity--was permanently deployed 200 meters to the southwest.  D/F stations associated with Sengwarden were located at List, Cuxhaven and Borkum.

The heavily camouflaged headquarters of Kriegsmarine Naval Group North at Sengwarden was imaged on 14 April 1945.  Prior to August 1940, the installation, near Wilhelmshaven, housed Naval Group West which moved to Paris. The presence of an Adcock Direction Finding (D/F) station confirmed Segwarden also housed an element of the Naval Intelligence Service, B-Dienst, which was responsible for the interception, decoding and analysis of enemy communications.  Adcock antennas also comprised a network of air navigation stations.