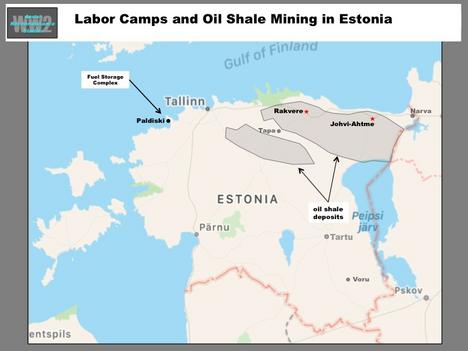 A fuel-oil terminal under construction at the Estonian port of Paldiski on 7 July 1944 may have been related to planned increases in oil shale mining and oil production. The extensive rail-served complex was composed of excavations for at least five partially-underground vertical storage tanks (Graphic 3).  The center of the complex was located at the port, where excavations for two tanks were near an old fortress and a pier; the tanks were interconnected by pipe lines.  Three other tanks (all not shown) and a related area were widely dispersed along rail lines 2 km northeast and southeast of the terminal. 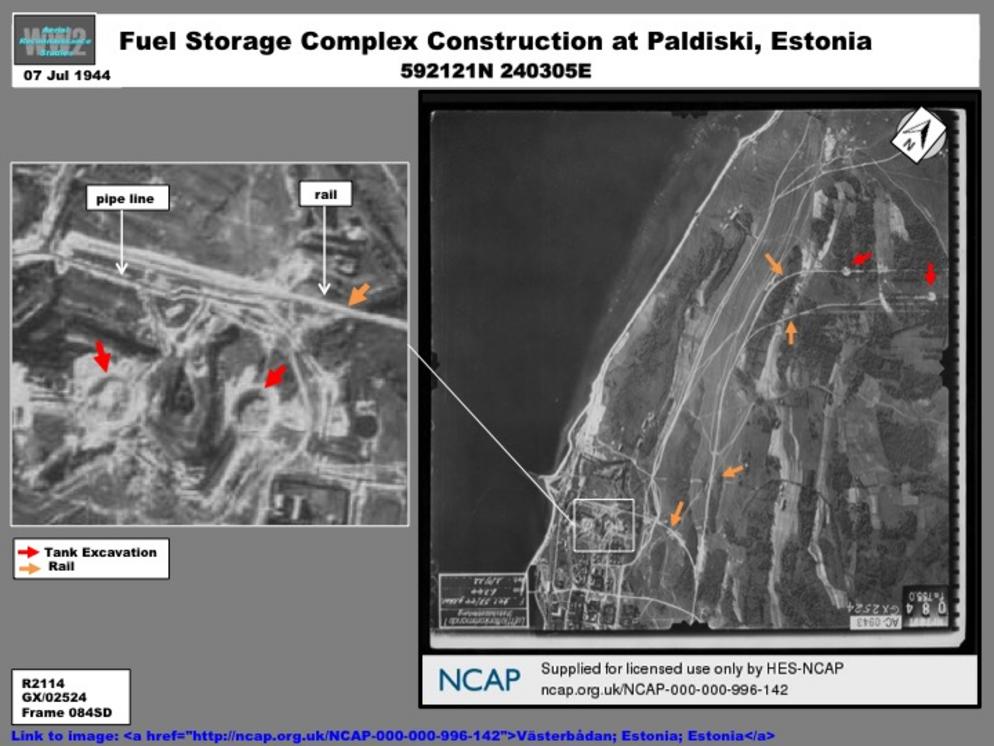 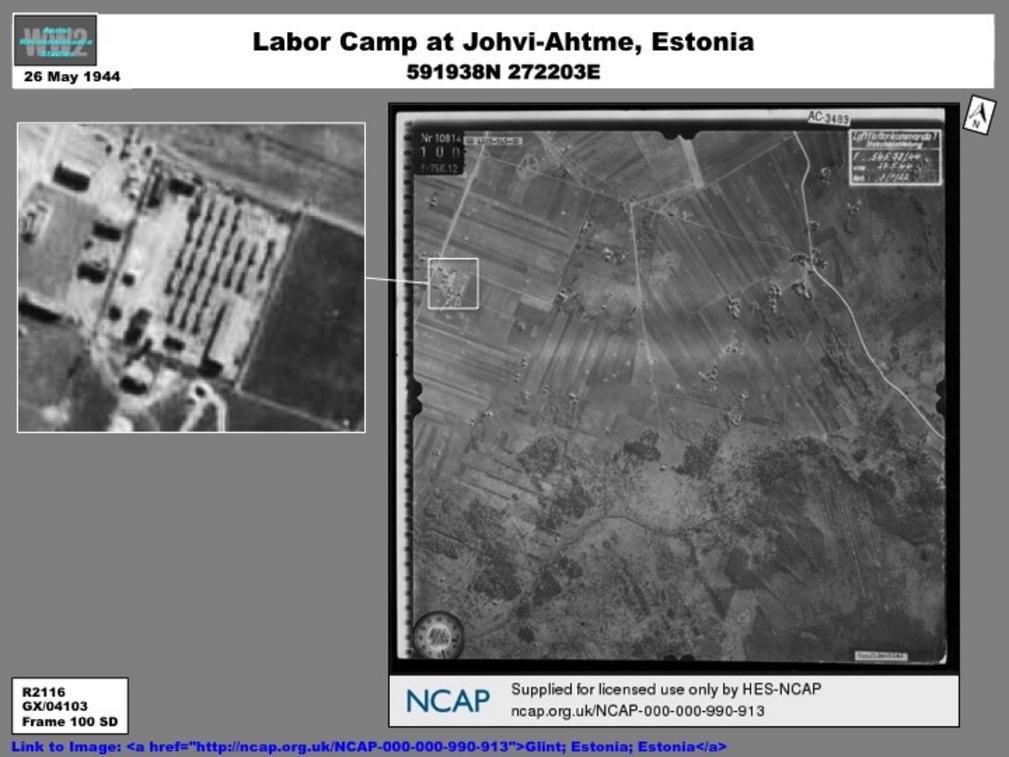 The labor camps (Graphics 1 & 2) probably supported the oil shale extraction industry in Estonia controlled by a company known as Baltische Öl GmbH.  Oil shale deposits were situated in northeast Estonia and included Rakvere and the Johvi-Ahtme areas.  By early 1943 oil shale had become vital to the German war effort and the most important industry in any of the the Baltic states. Underscoring the importance of Estonian oil shale, Heinrich Himler in October 1943 directed that as many Jews as possible be sent to Estonia.  Camps were quickly set up around mining sites. 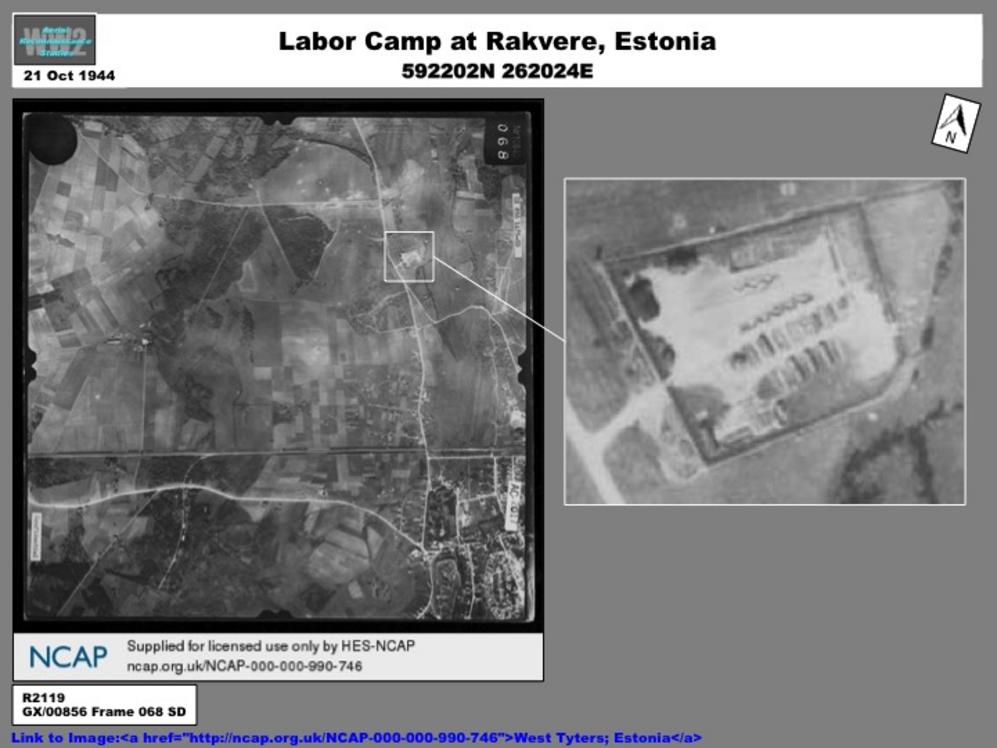 Two probable forced labor camps were identified on German Luftwaffe imagery (GX) covering northeast Estonia on 26 May and 21 October 1944. The camps --probably supporting the Estonian the oil shale extraction industry--  each had a number of small barracks surrounded by a security fence and guard towers; a similar, though unfenced barracks was 2.5 km northeast of the Johvi-Ahtme camp.