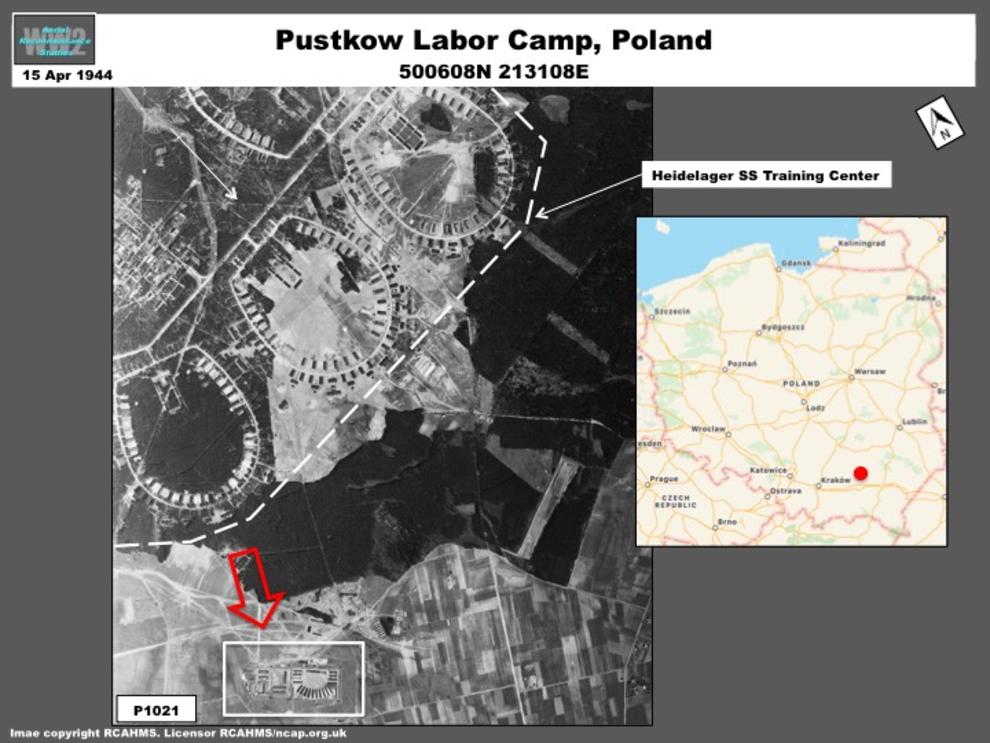 The labor camp at Pustkow, near Debica in southeast Poland, was originally built to support construction of a large training complex, SS-Truppenübungsplatz Heidelager (Graphic 1).  From 1942-1944, Heidelager was used to train foreign Waffen SS units.  In June 1940, the first camp was opened near the Heidelager railhead (not shown).  Most of the prisoners were Jews.  After Operation Barbarossa in 1941, another camp was built for a reported 5000 Red Army prisoners, most of whom died due to exposure or execution. The dead were cremated at a special facility on hill that became known as the Góra Śmierci ('Hill of Death').  In 1942 a third camp for Polish prisoners was constructed south of the training center (probably at the site of the Soviet camp) near Góra Śmierci; the original Jewish camp was closed and the prisoners relocated to a separate sectionof the new camp.  After Heidelager was completed the prisoners were put to work at the nearby V-2 Test Facility at Blizna (see separate article). 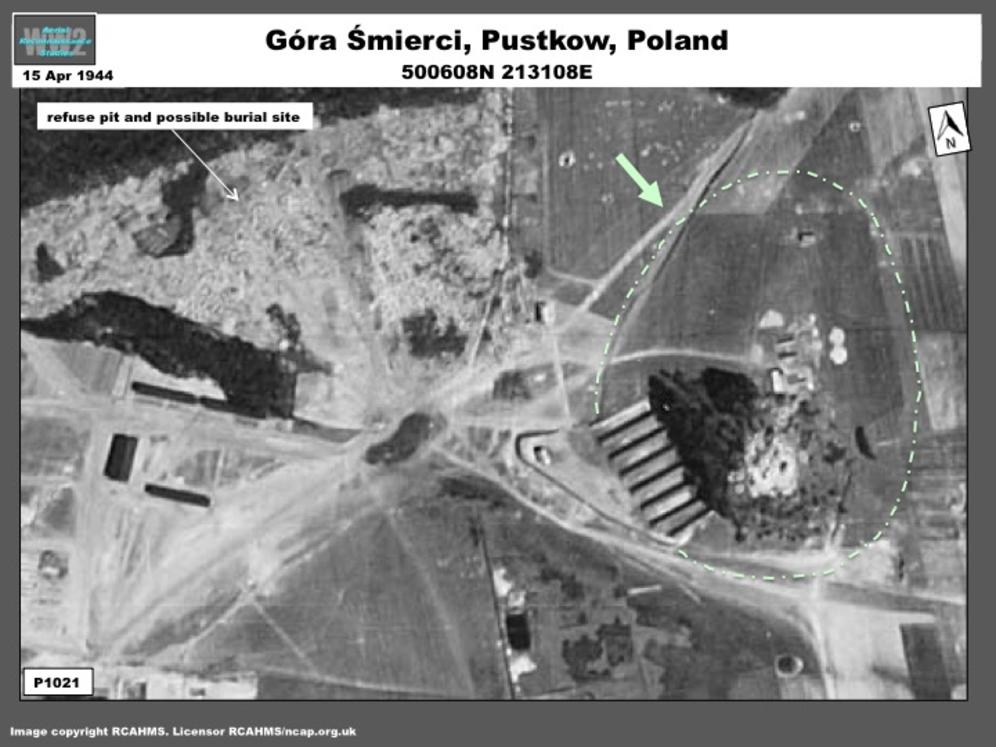 The camp's layout on coverage of 15 April 1944 closely matched a former prisoner's memory sketch showing Polish and Jewish sections (Graphic 2).  The camp was intact and probably occupied, although there was little evidence of activity.  Clearly visible were the nearby Góra Śmierci and a large refuse pit that was likely used for burials (Graphic 3).  Features on the Góra Śmierci -- two small parallel berms, a small bunker and two other areas-- matched those remaining at the present day memorial to the dead of Pustkow (Graphics 4 & 5).   The present day bunker once had had a larger prependicular structure at the rear.  The southernmost area appeared to be a pit or depression with a possible ramp leading down from above.  The purpose of a secured area with seven parallel berms and two round features on the hillsides is unclear, but they likely had some relationship to the activities at Góra Śmierci. 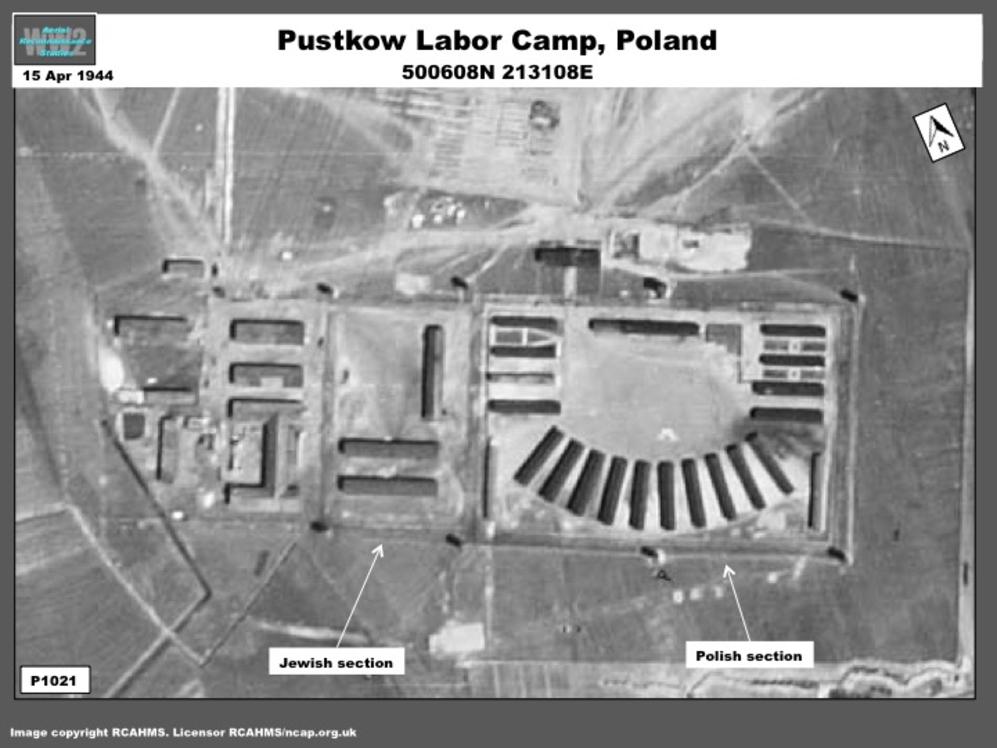 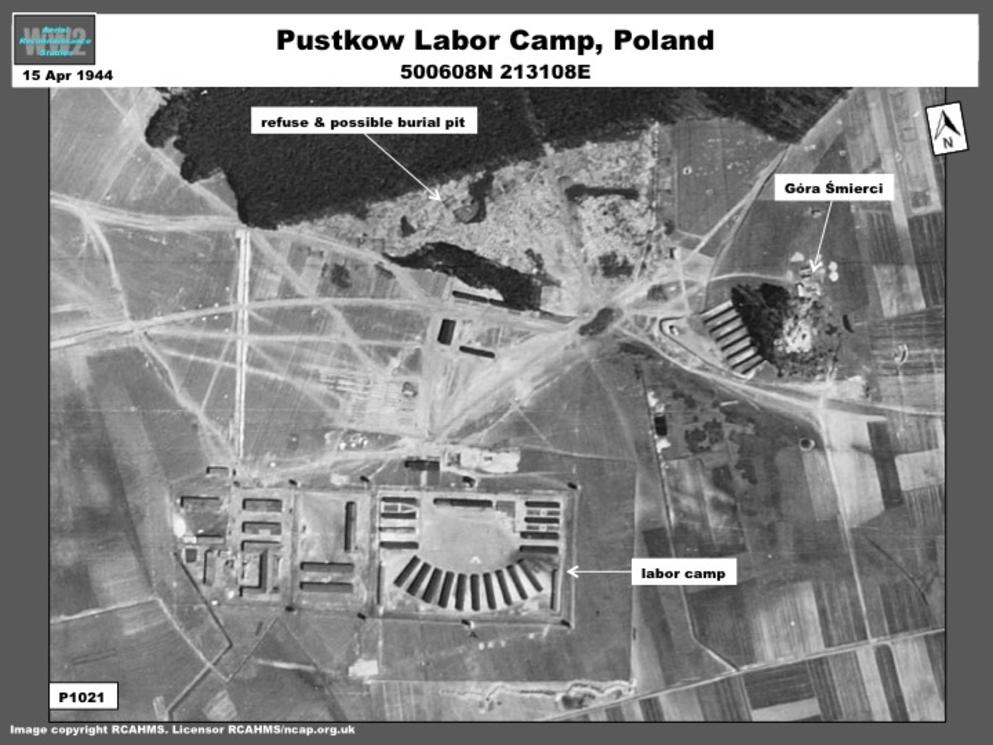 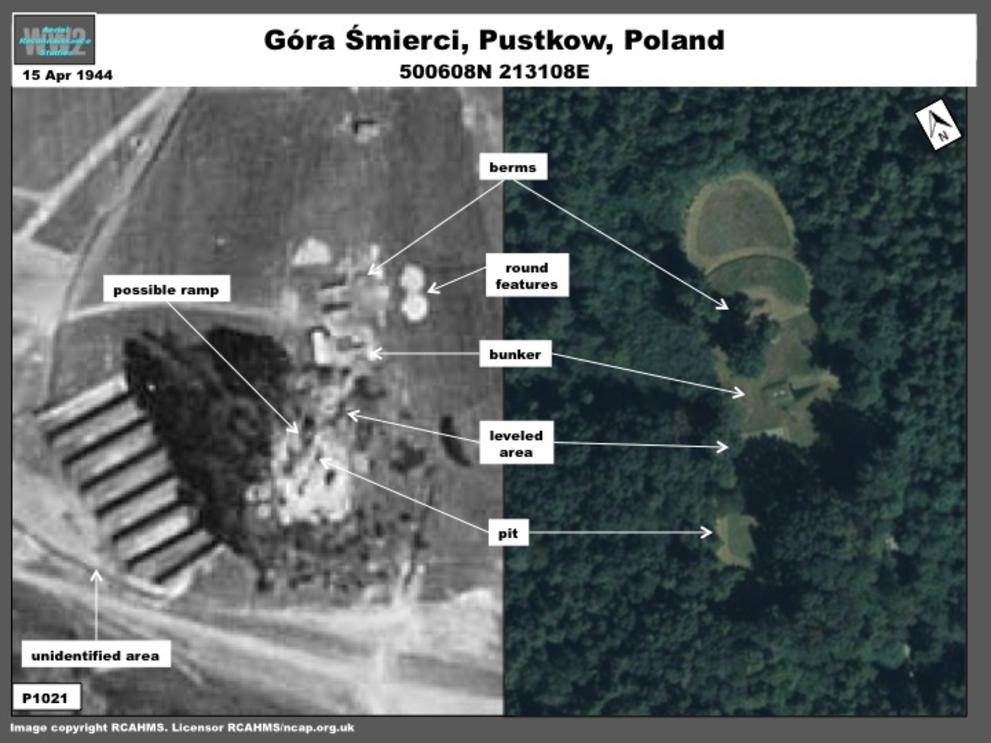 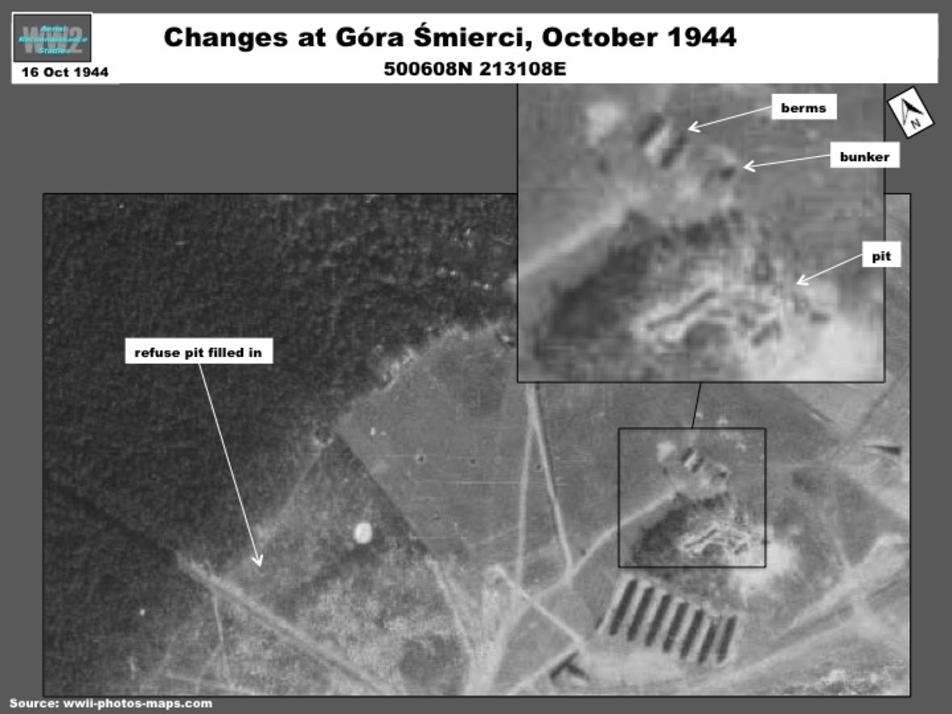 By the time a Luftwaffe reconnaisance sortie covered Heidelager and the Góra Śmierci on 16 October 1944 (the labor camp was not imaged) the Nazis had attempted to remove traces of execution and cremation.  Compared to April 1944, evidence of all activities   had been removed from atop Góra Śmierci, but the two berms and main bunker remained.  Even more tellingly, the refuse pit had been filled, leveled and trees may have been planted.  ​