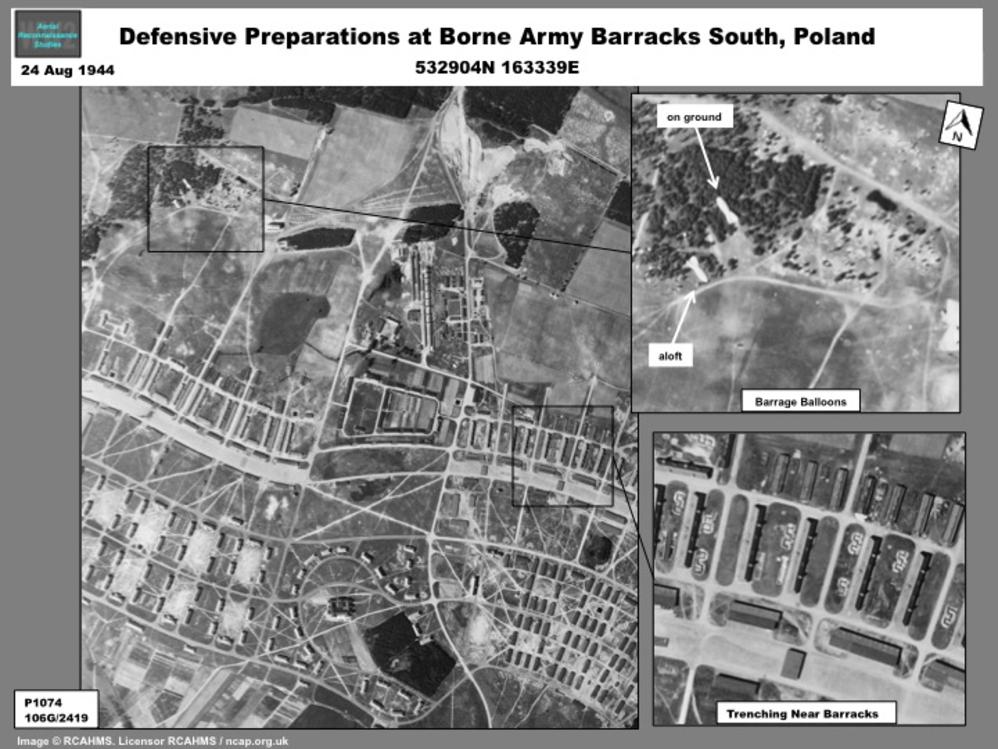 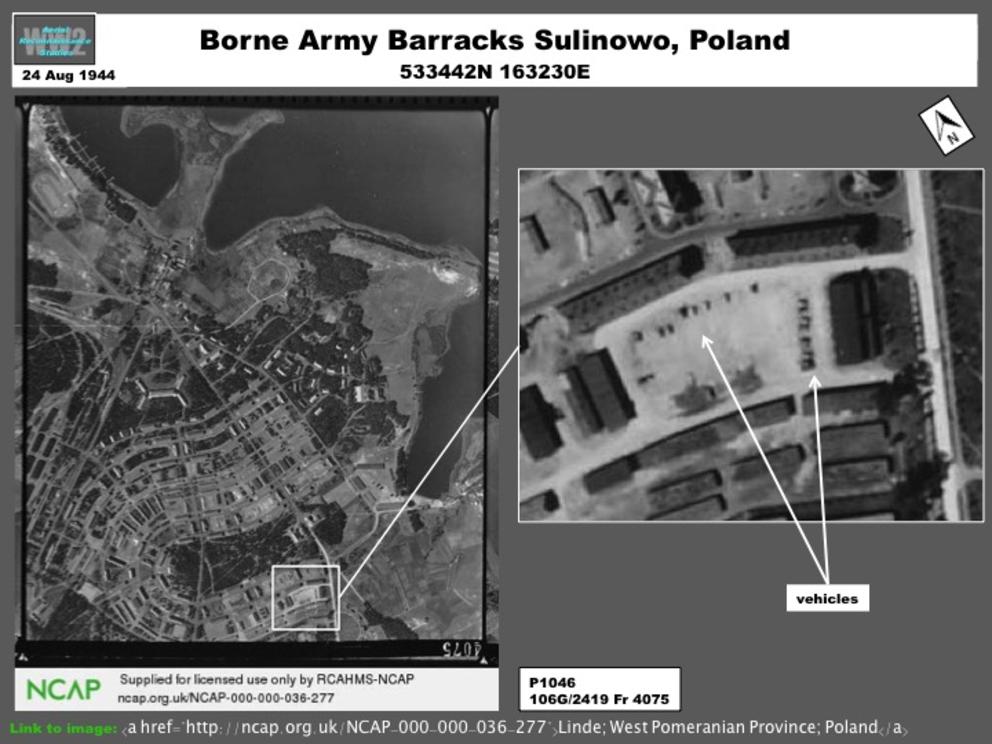 German defensive preparations were noted near garrisons at Borne (Gross Born), East Prussia on 24 August 1944. The garrisons, Borne-Sulinowo and a larger installation to the south were situated on the Pomeranian Rampart, a pre-war defensive line. Two barrage balloons (one aloft) were deployed near the southern installation and extensive trenching (not shown) had been recently excavated in several areas west of the installations, paralleling the established defense line.  Extensive personnel trenching was also observed near barracks in both installations, but little other activity could be seen.

Barracks construction at Gross Born began in 1933 and the installation was officially opened by Hitler in August 1938.  The installation housed an artillery school and was also used for armor training. Though larger, Borne Army Barracks South appeared to be considerably newer than Borne Sulinowo.  The 24 August coverage confirmed the presence of two POW camps near Borne Army Barracks South.  At least one or both of these neatly maintained camps was likely OFLAG II-D, an officer's camp which was established in June 1940 from two others, STALAG 302 and 323.  In 1942 another camp for Soviet POWs was established across the training area; however, an examination of the available imagery did not reveal evidence of another POW camp in the area.