The passenger liner  General von Steuben, which would be sunk with great loss of life in February 1945, was imaged by Royal Air Force reconnaissance at the East Prussian naval base of Pillau (Baltiysk) on 06 August 1944. Two other liners that suffered the same fate, the Wilhelm Gustloff and Cap Arcona, were seen at the West Prussian port of Gotenhafen (Gdniya) on the same day (see earlier article).  The vessels were all sunk evacuating German civilians and military personnel during Operation Hannibal, which lasted from mid-January to May 1945.  As at Gotenhafen, there were several other evacuation ships at Pillau and nearby Königsberg (Kaliningrad). The ships were all serving as personnel accommodation vessels for U-boat flotillas at the two bases (Map). 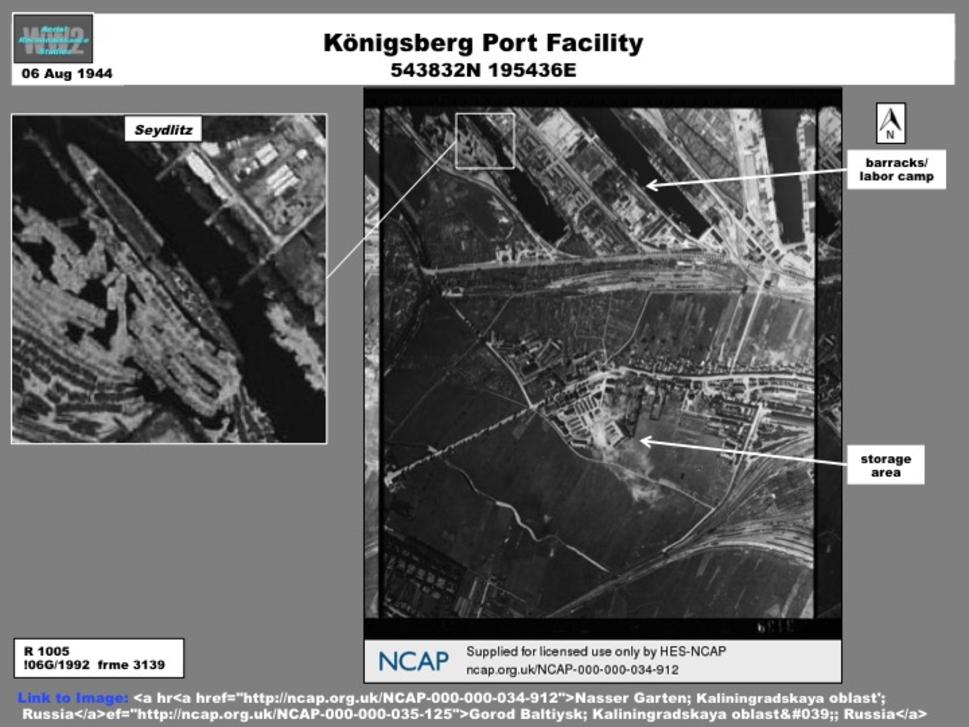 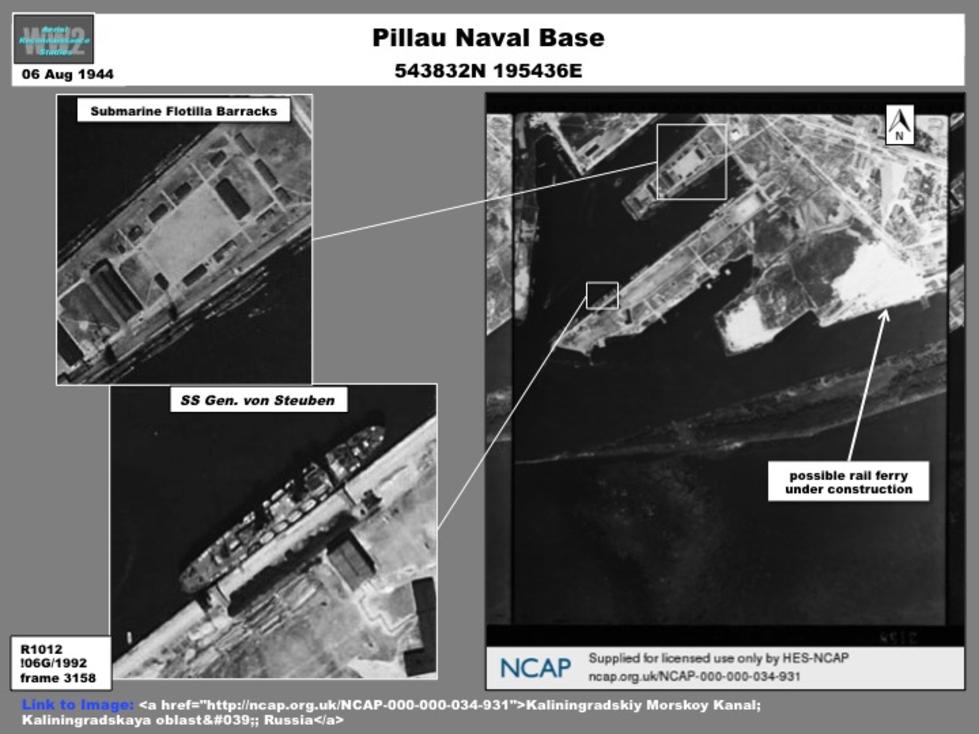 Two more Operation Hannibal ships, the Thuringia and Der Deutsche, were berthed at the Königsberg naval base (Graphic 4 - 6). The vessels were accomodation vessels for the 32nd U-boat training flotilla. Twenty-one submarines were in port. The only other major naval vessel was the cruiser Seydlitz, which was in the adjacent civilian port facility (Graphic 5). Seydlitz, part of a group of vessels selected for conversion to aircraft carriers, had its superstructure removed before the project was abandoned.

Identifiable facilities at Pillau included a small barracks and school for one of the flotillas, two large permanent barracks and storage areas at two old forts. Fort Sitehle, north of the naval base, exploded on 26 January, destroying part of the town.  A possible labor camp was near the fort.  Several large groups of temporary barracks were north and east of the base.  At least one of the temporary facilities appeared to be associated with a construction site for a possible rail ferry. 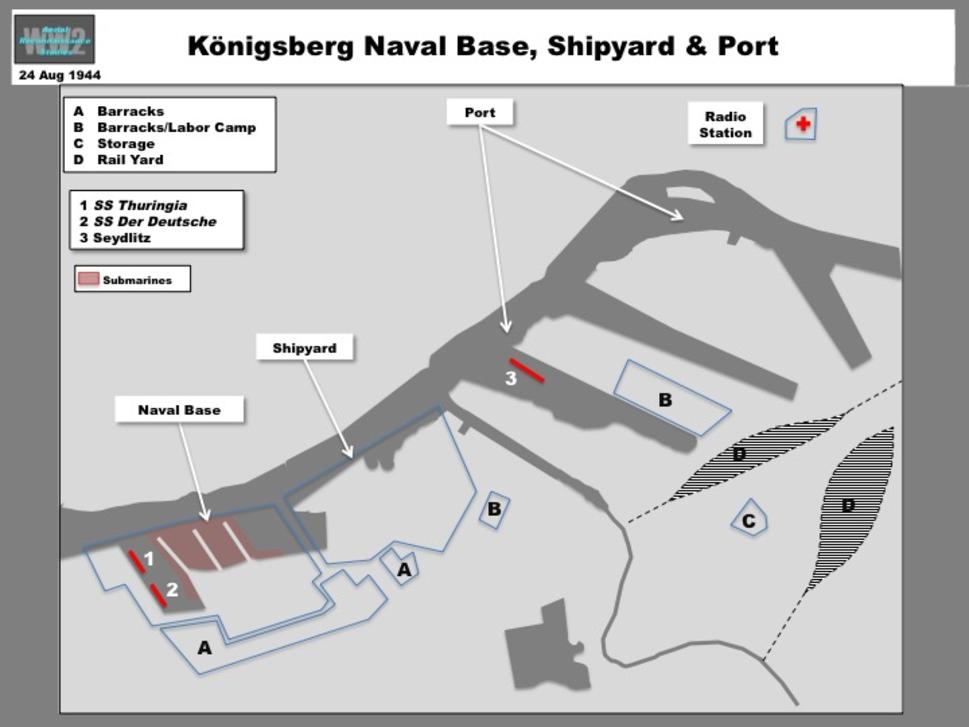 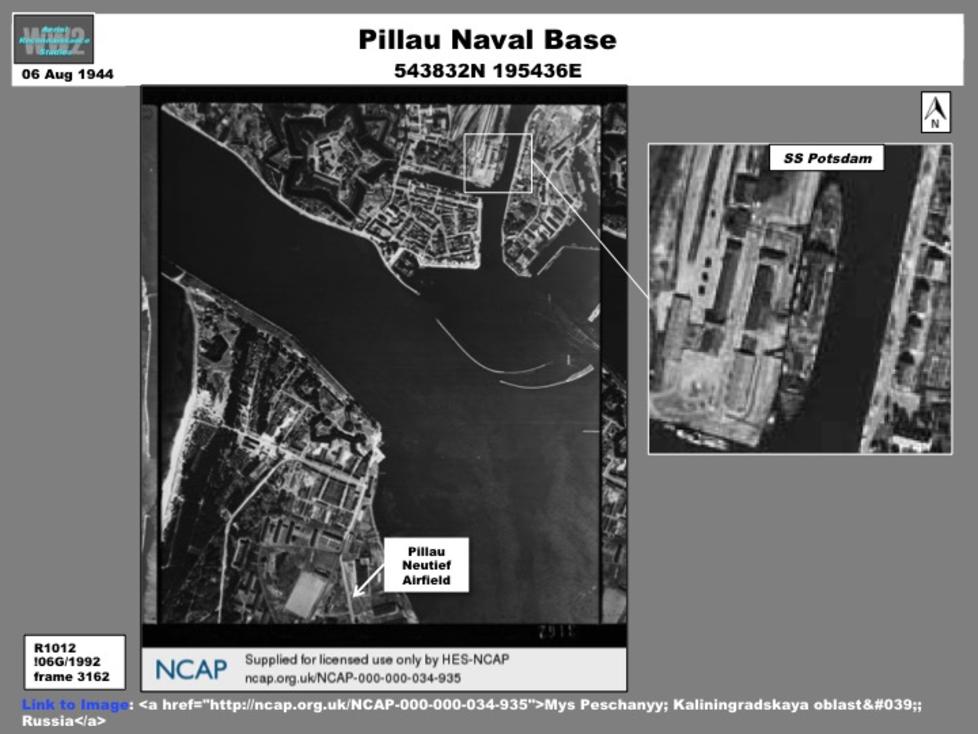 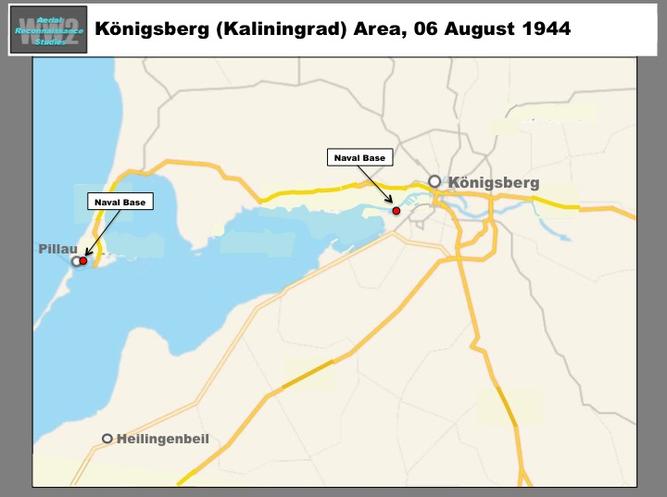 In addition to the Steuben, which was berthed at the south mole, at least three other Operation Hannibal ships could be identified, including another liner, the Potsdam, the former Merchant Raider Orion and the probable subtender Saar (Graphics 1 - 3). Two unidentified subtenders and a smaller liner would likely have been used in the evacuation.  Military vessels included an unidentified cruiser and 42 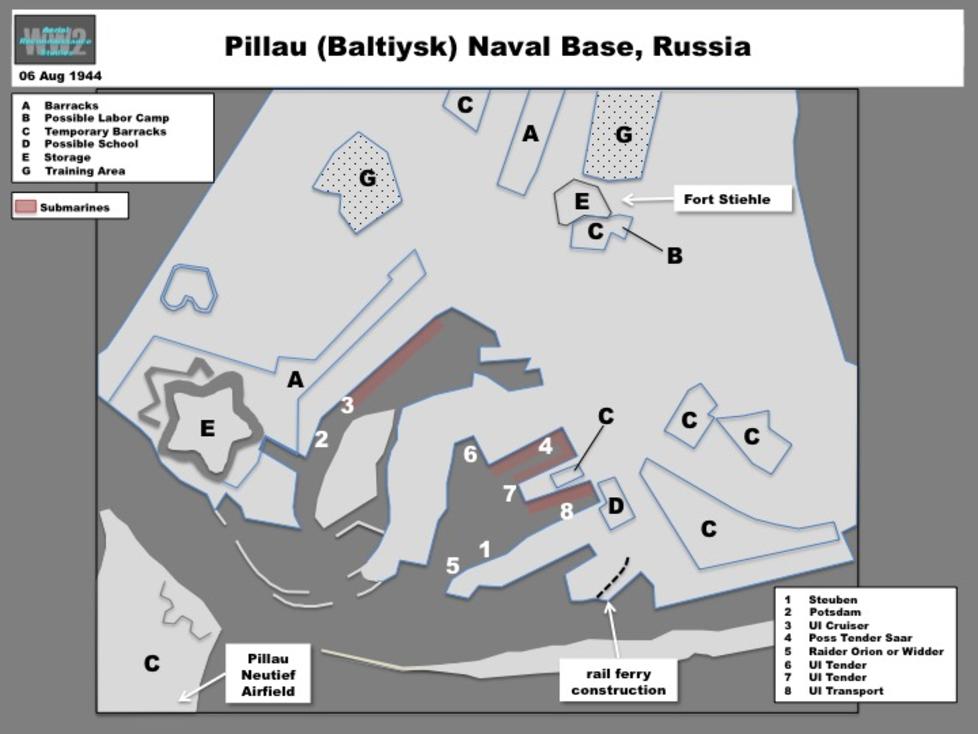 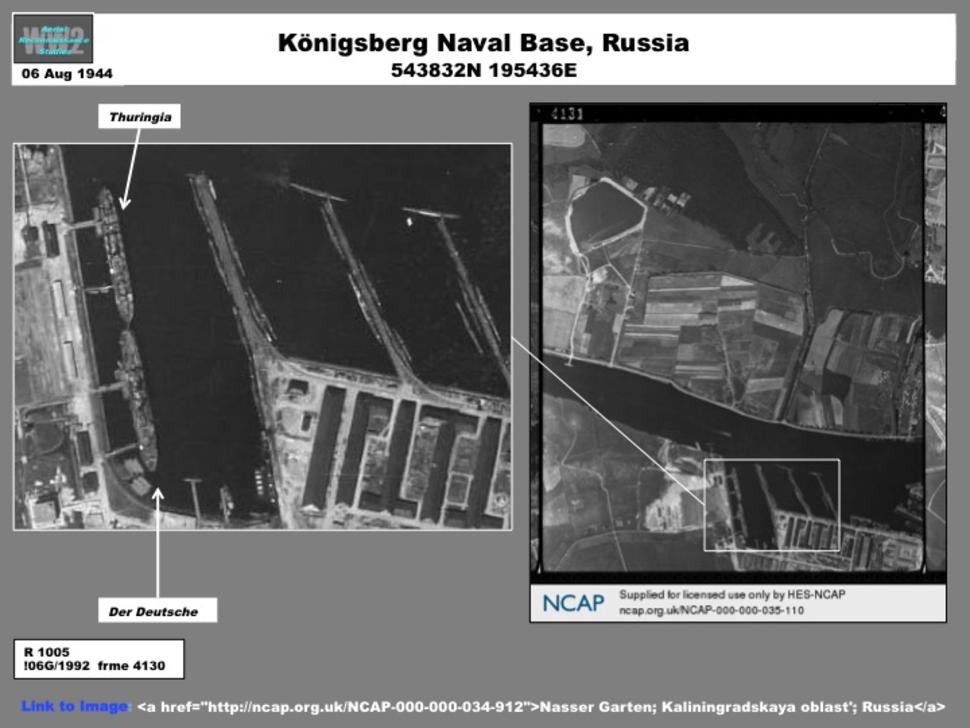