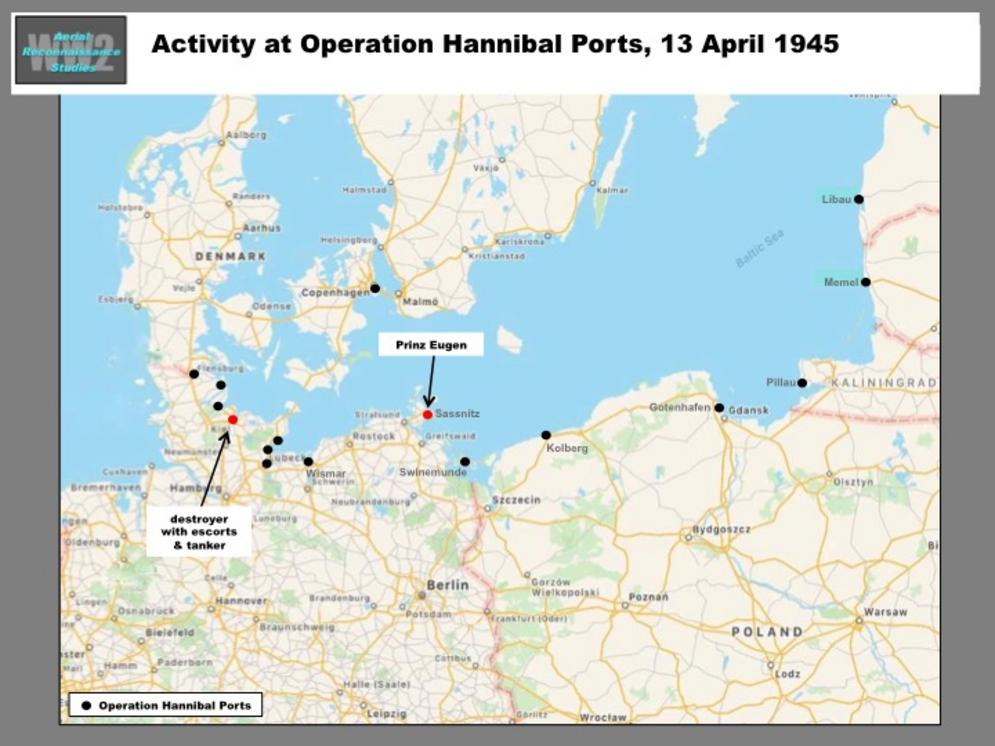 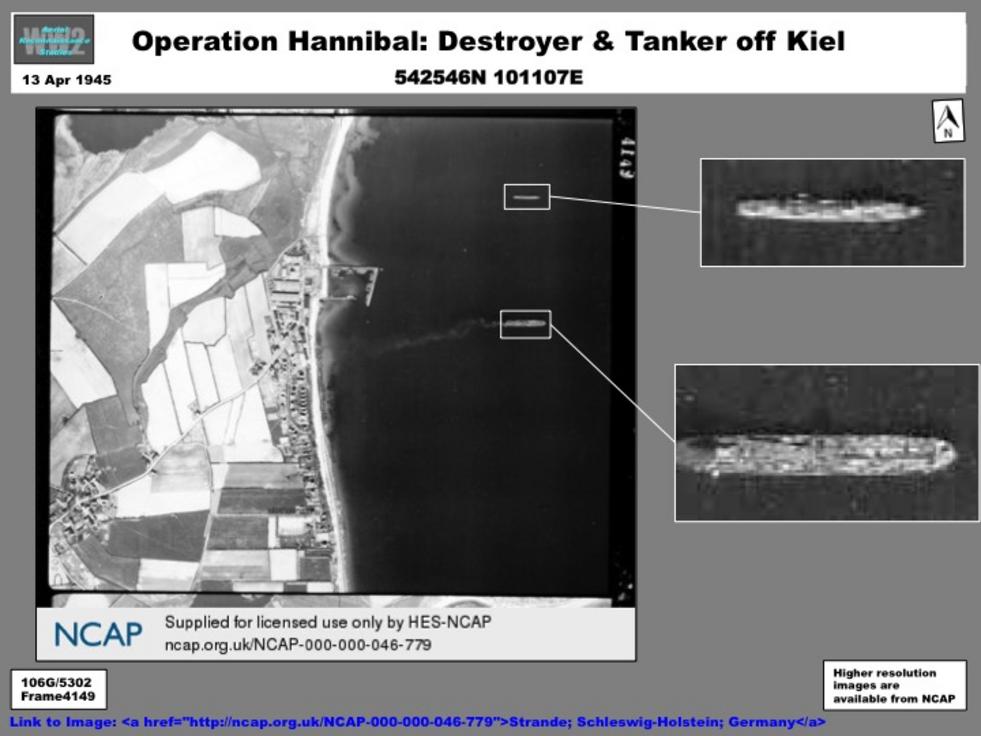 Coverage along the Baltic coast of Germany on 13 April 1945 revealed activity probably related to "Operation Hannibal", the  evacuation of East Prussia during the Soviet offensive.  Between January and May 1945, at least 800,000 German civilians and 350,000 soldiers were transported from East Prussian ports to Germany by approximately 1000 vessels of all types.  During the transport, several ships were sunk resulting in great loss of life (see The Wilhelm Gustloff at Gotenhafen (Gdniya), August 1944 and Operation Hannibal Ships at Pillau and Königsberg, August 1944). 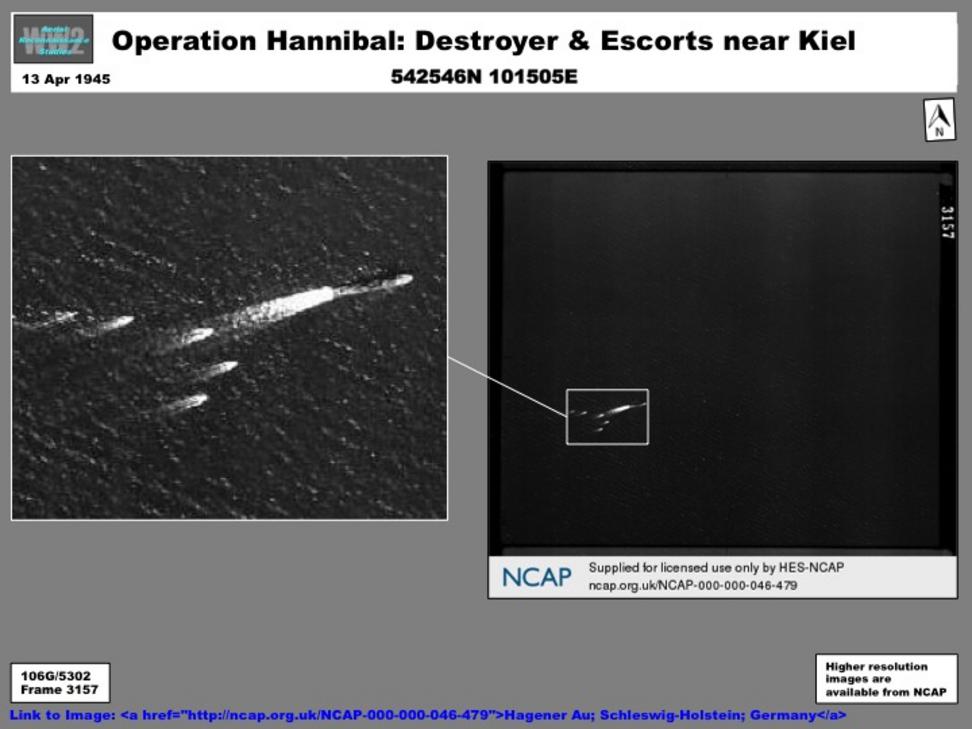 On 13 April, the Krigsmarine heavy cruiser Prinz Eugen was imaged off the port of Sassnitz along with a support ship and a possible submarine (Graphic 1). The warship, which had been providing fire support for retreating German forces, was probably being resupplied before returning to East Prussian waters.  Further east, near Kiel, a destroyer with a formation of small escorts was heading east from the port (Graphic 2), while a tanker and destroyer were anchored immediately to the north (Graphics 2 & 3). 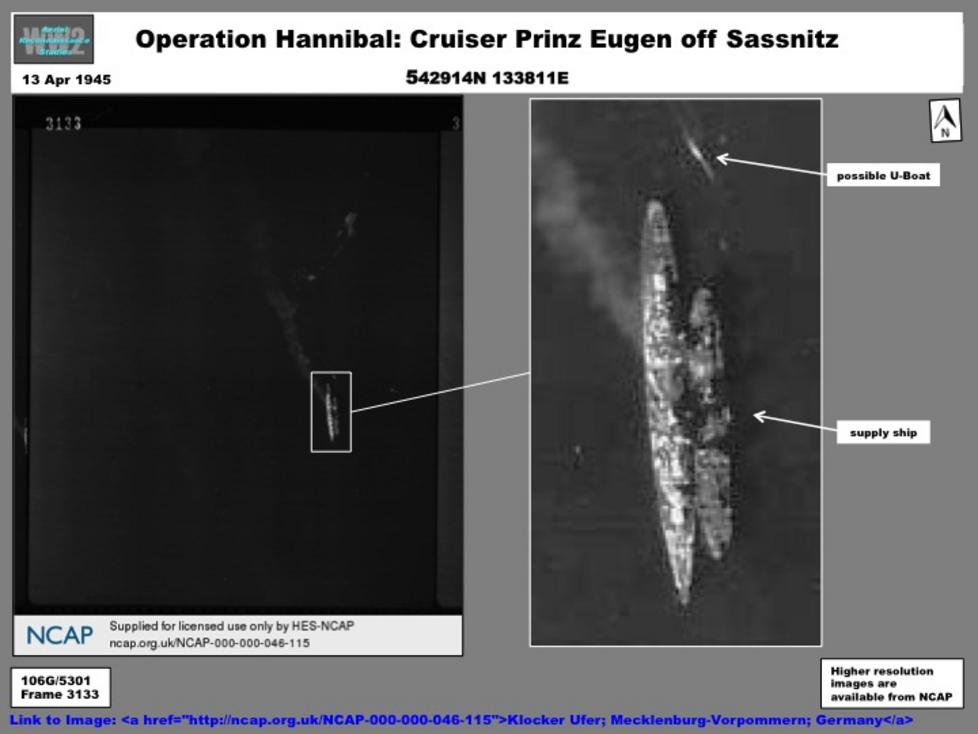