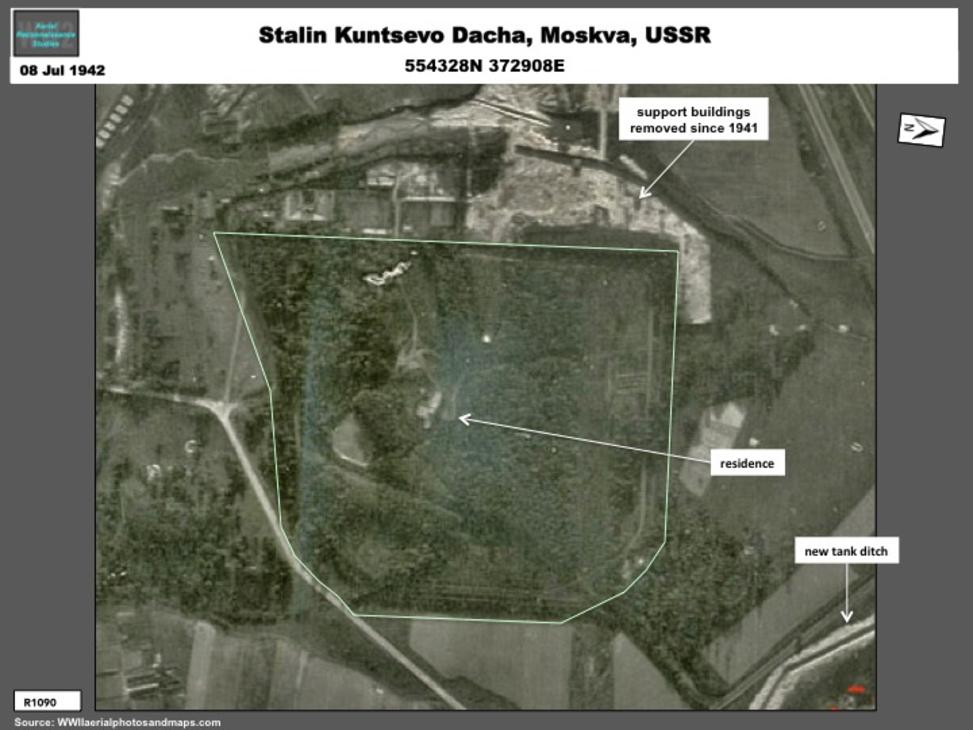 Below is a good look at the Exhibition of Economic Achievements park when it was relatively new. The park opened in 1939 and stayed open until the German invasion.

The Lefortovo District on the east side of Moscow holds some important government and military facilities (below).  Chief among them was the Prison, which was infamous for the interrogation and torture of political prisoners by the NKVD.  The Moscow Military School (Currently the Moscow Military Commanders Training School), was originally the 1st Revolutionary High Composite School (1917) and in Czarist times housed Military Schools No.1 and 2.  The nearby "Red Barracks" still serves as a military garrison; an adjacent facility was Military School No.4.  Moscow Army Barracks 1 (my numbering system) was under construction in 1941 and is also still a major garrison. 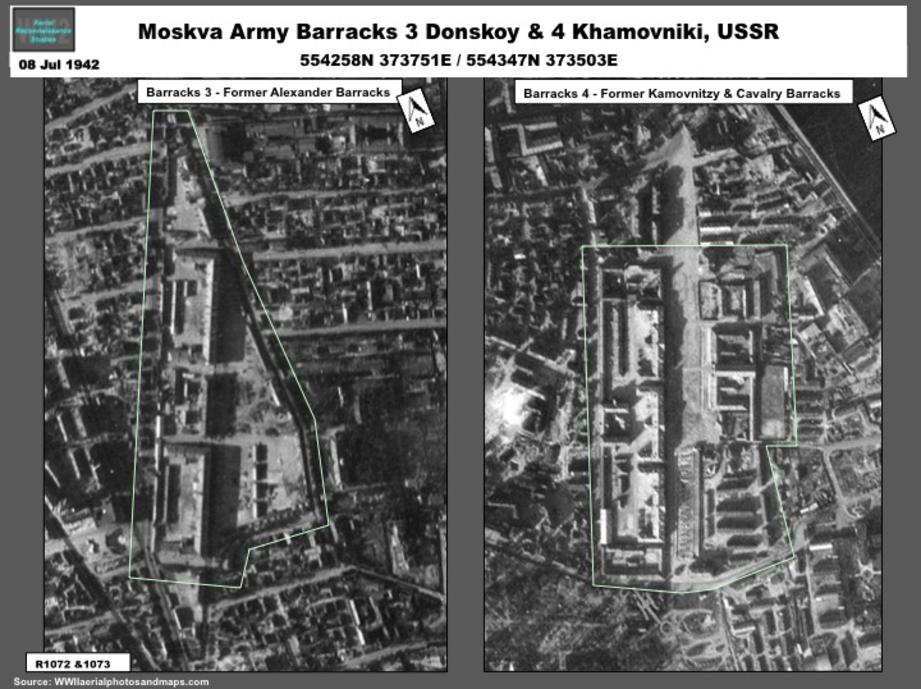 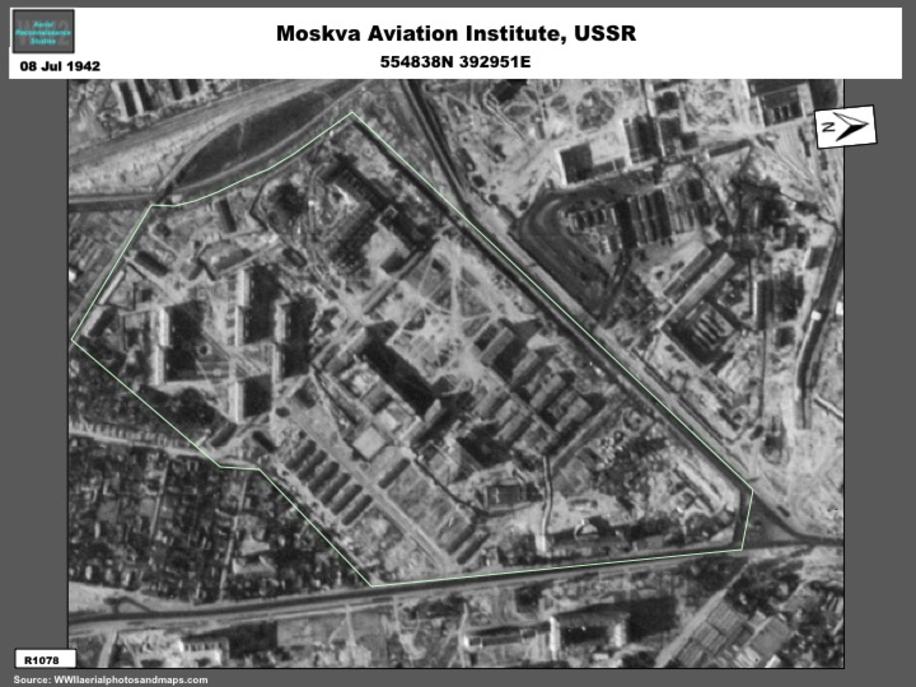 The two graphics below show six other miliatry garrisons in Moscow. Withe the exception of Army Barracks 5 Begovoy, which was a new garrison built on the grounds of a racetrack, all of the others were Czarist installations.

Another relatively new (in 1941) installation near Naro-Fominsk southwest of Moscow now houses the headquarters of the Strateigic Missile troops.

Below is the newly-constructed campus of the Moscow Avaition Institute , which was formed in 1930 and became the USSR's premier aeronautical university.  The university was partially evacuated to Almaty, Kazakhstan after the the start of the war. 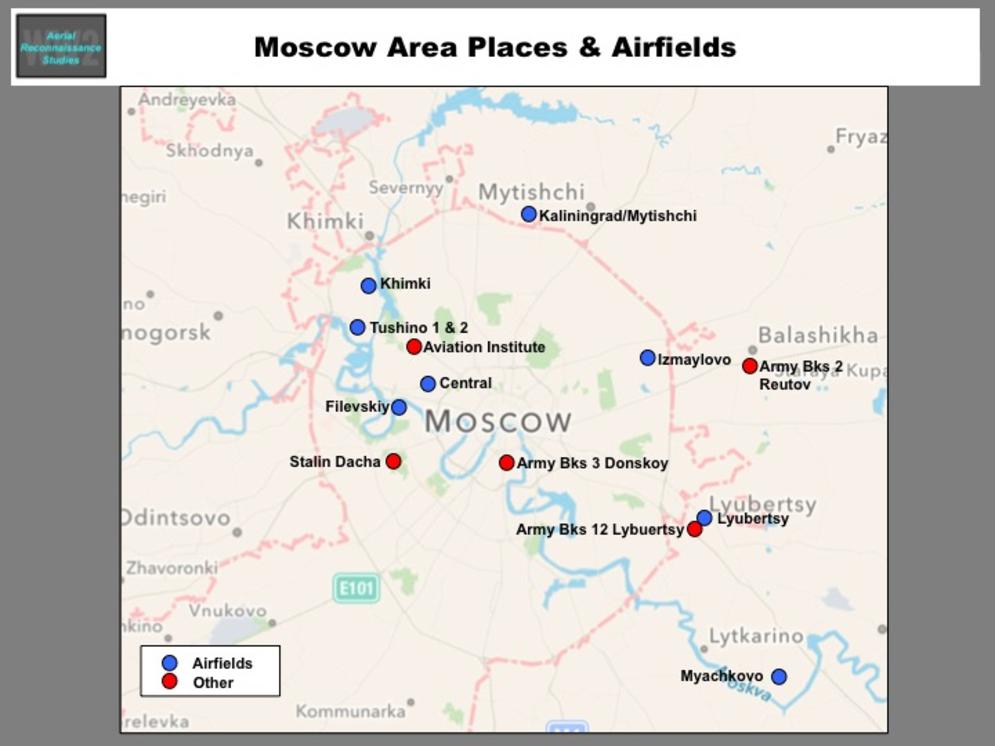 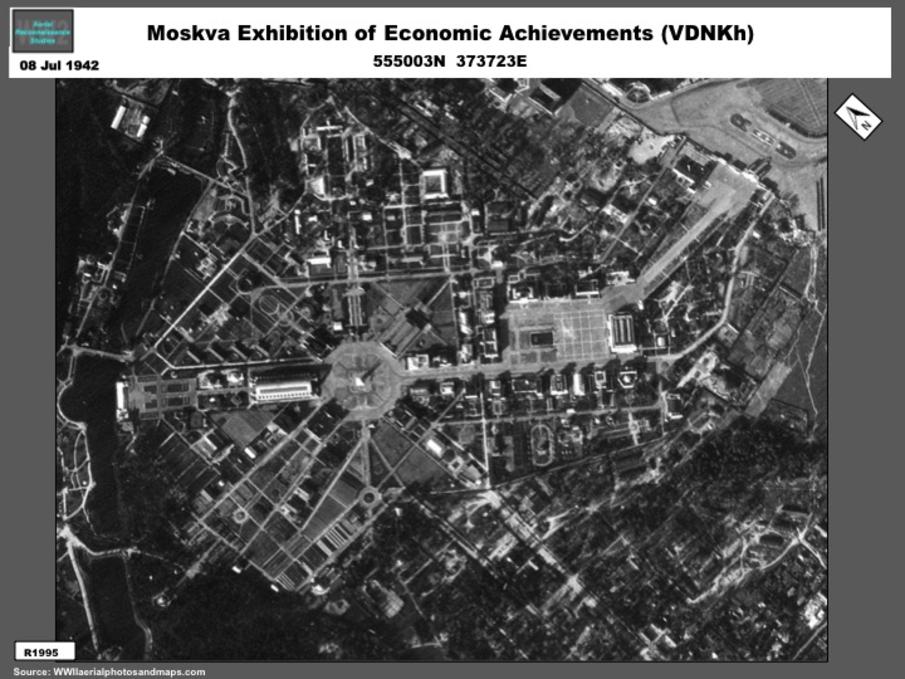 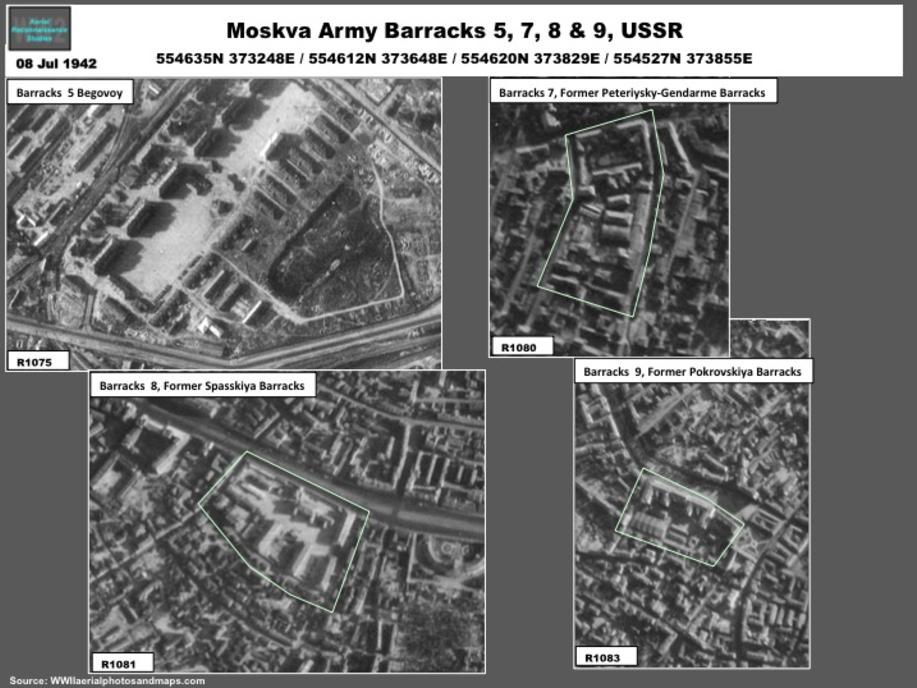 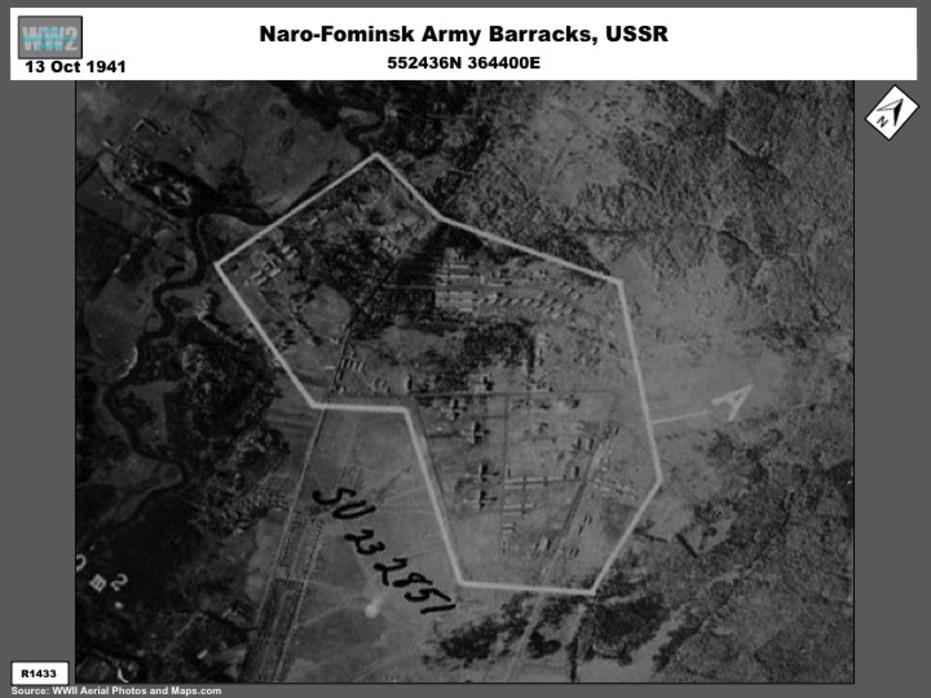 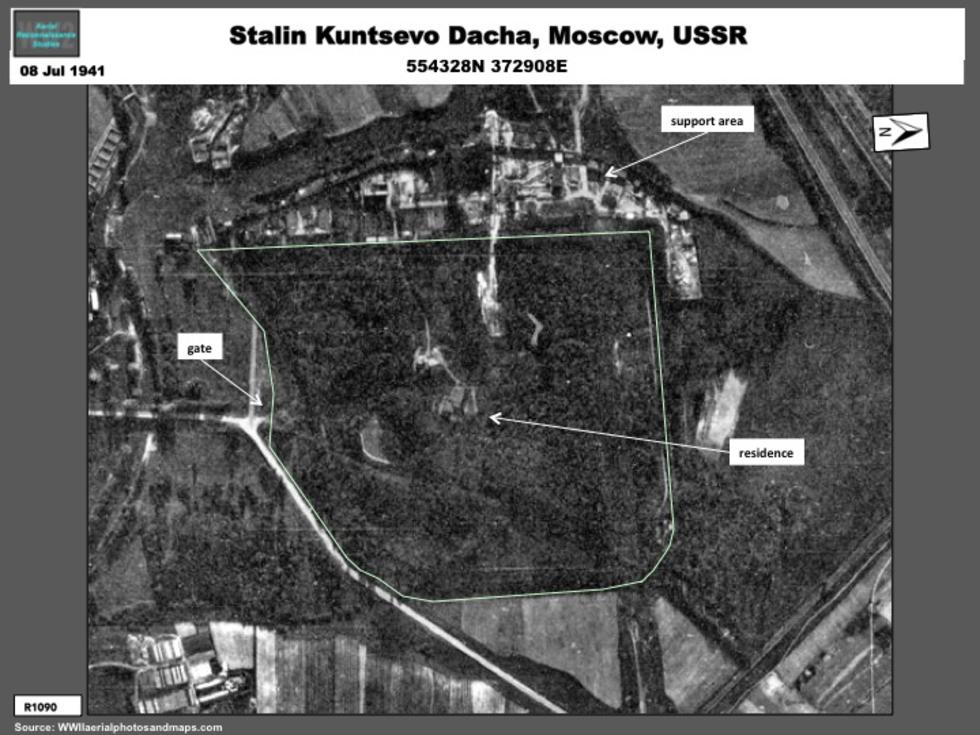 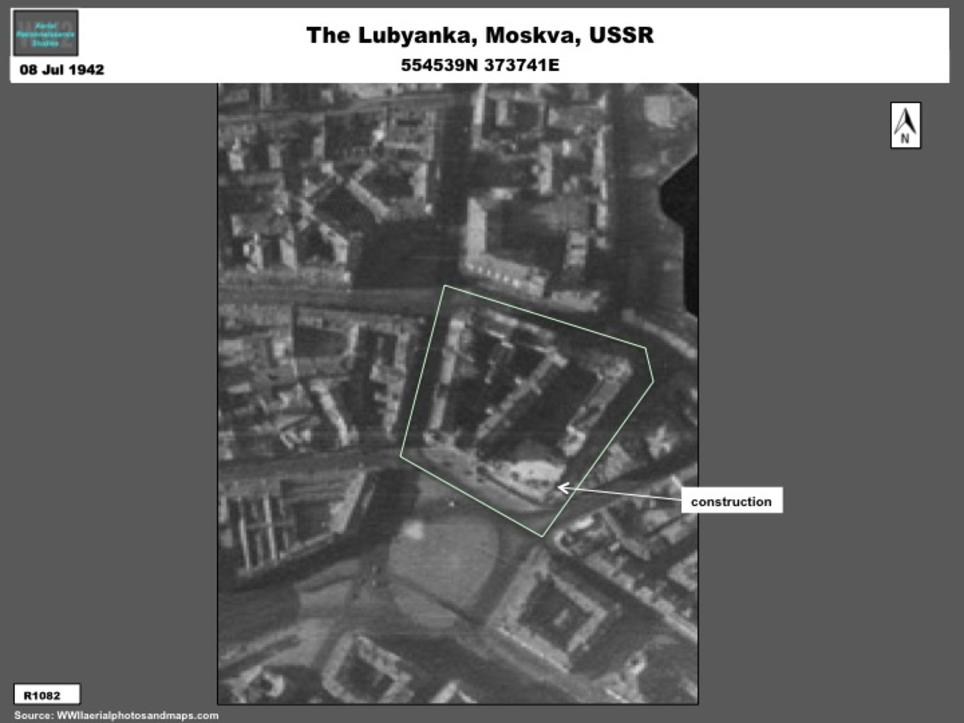 The Kremlin, below, is immediately recognizable.  Of interest are the apparent pits in the surface of Red Square and the razed area in the upper right corner.  Buildings in the Zaryadye District were razed to make way for a series of aborted projects and 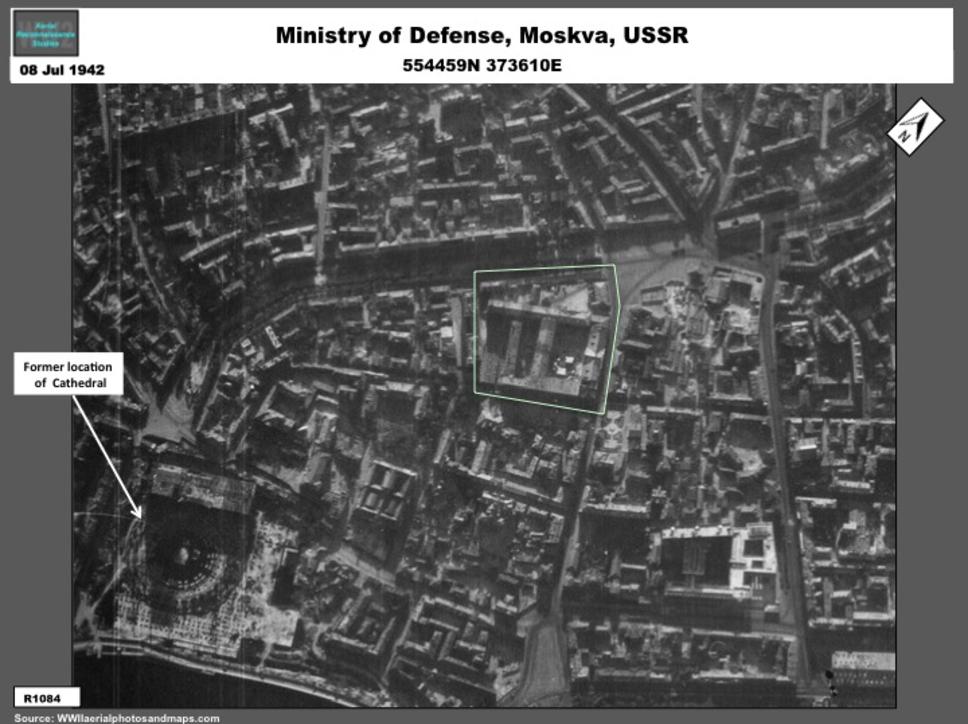 Two major military garrisons were located in the easter suburbs of Moscow (Map 2).  A relatively new installation Lyubertsy had a large training area.  Evidence of heavy vehicular activity indicated that the installation housed armored or mechanized units.  A larger and probably older installation at Reutov still serves as a major garrison today; a recently constructed tank ditch could be seen nearby. 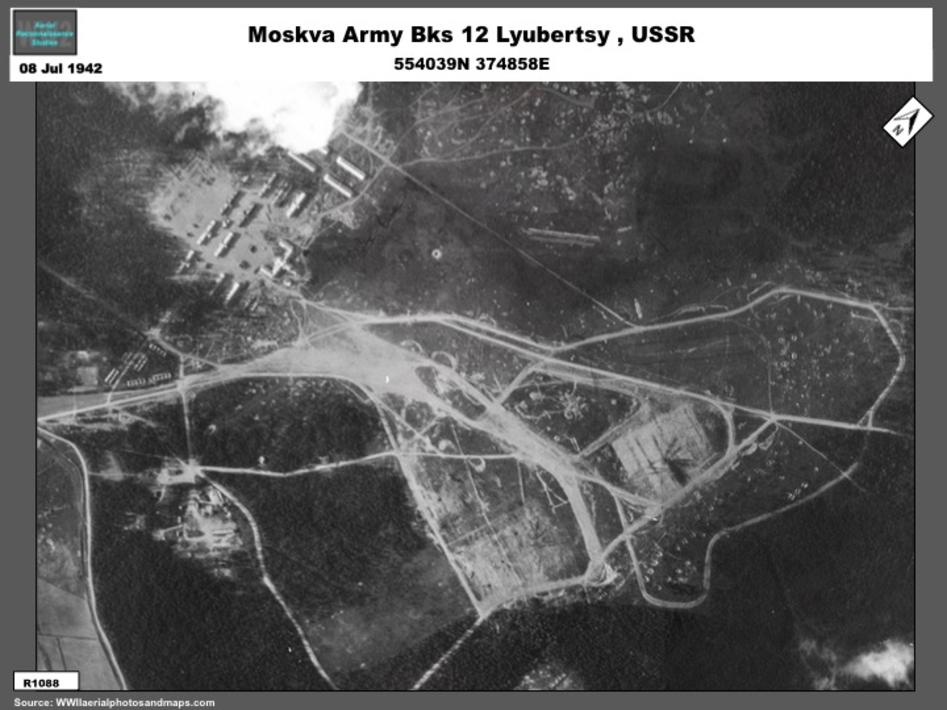 The existing imagery provides relatively complete coverage of Moscow and environs in July 1941 and 1942.  During that period extensive defenses were installed around the city and air defenses deployed.  The following graphics show major city landmarks, leadership facilities, and military installations; the airfields shown are covered in a separate article. 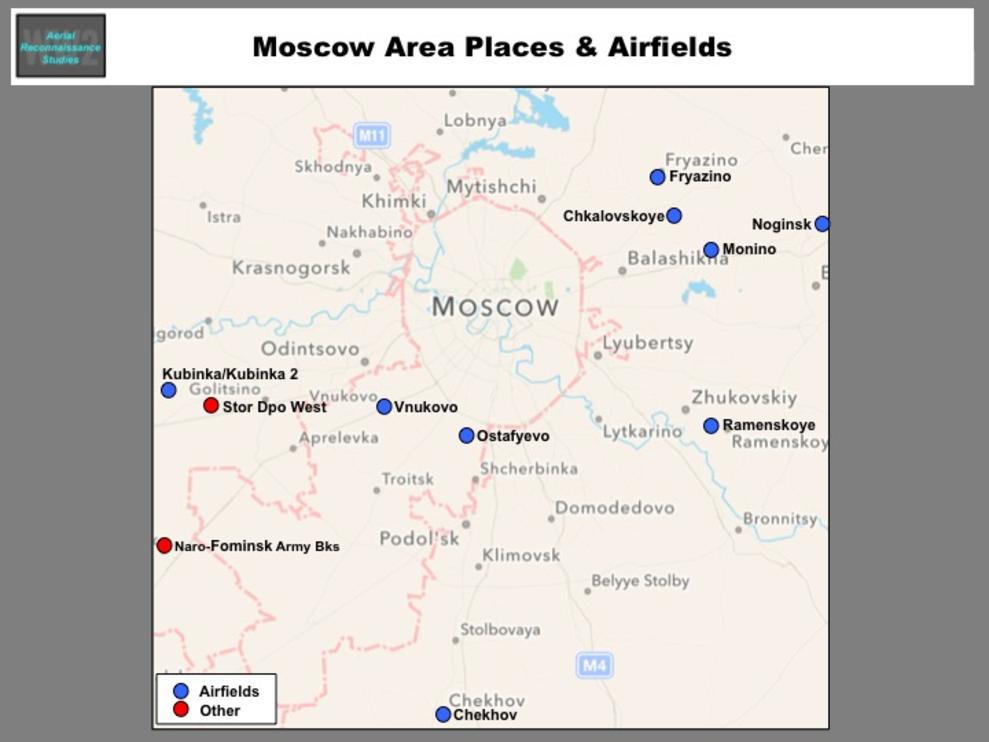 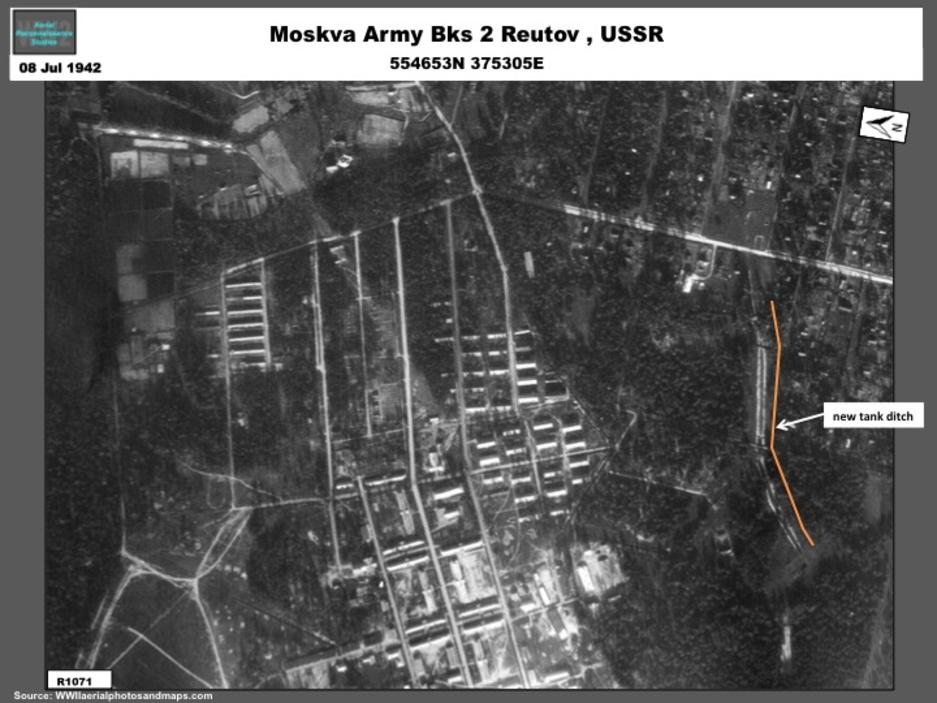 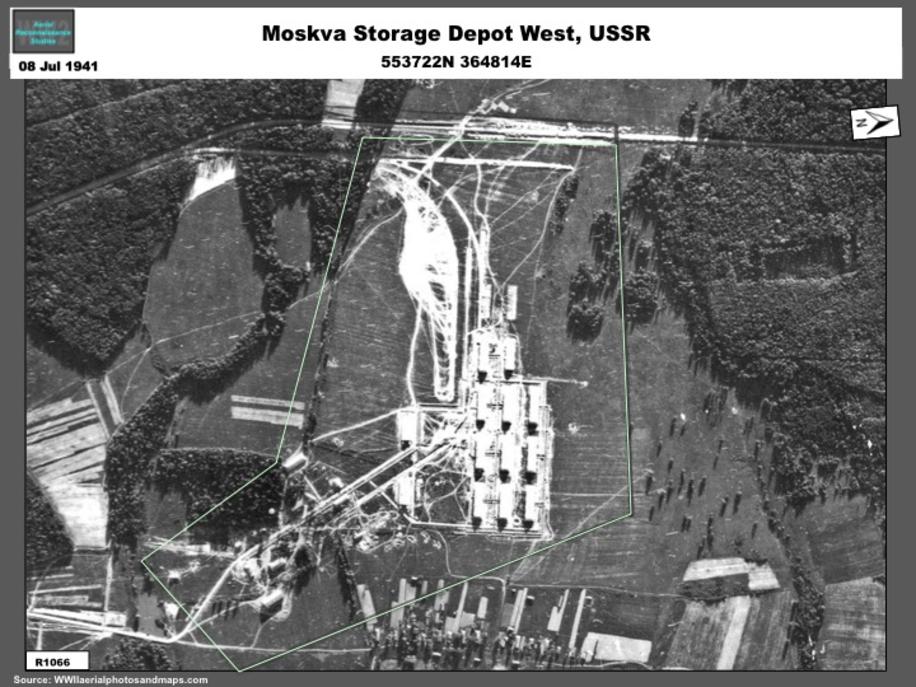 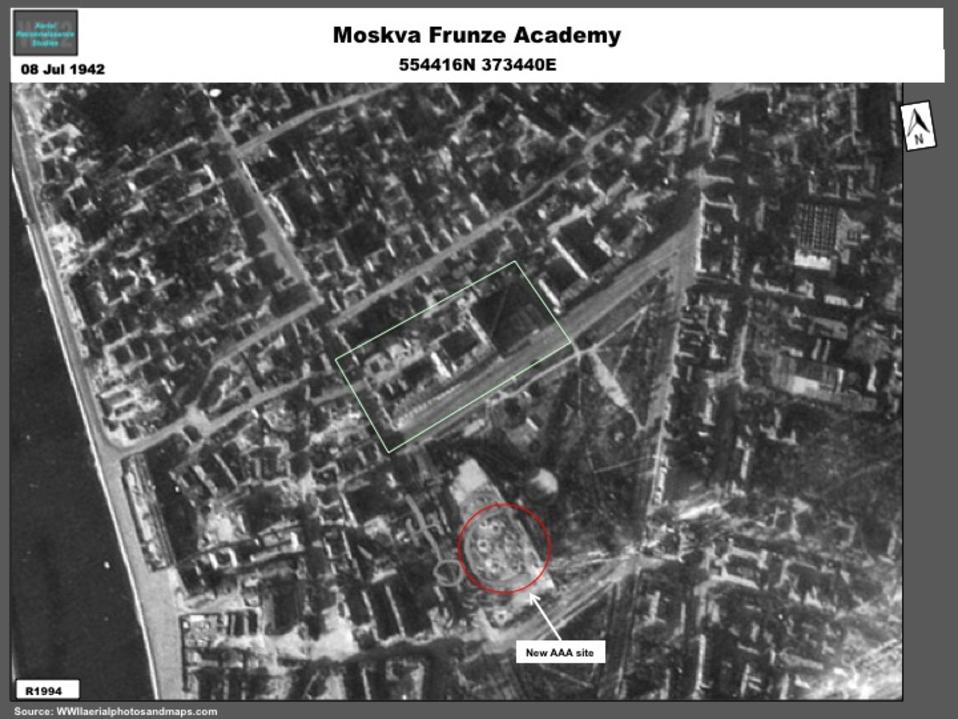 The Defense Ministry and Frunze Academy below are two places of continued importance in Moscow. The Ministry of Defense occupies the location of the Czarist Alexender Military School.  Note the former location of the Cathedral of Christ the Saviour where construction of the planned Palace of Soviets had been halted. The Frunze Academy, established in 1918 and constructed in the late 1930's  was, and still is, one of Russia's premier military academies. Note the new and still unoccupied anti-aircraft site in the park across the street.

The graphic below shows the NKVD headquarters,The Lubyanka.  Enlargement of the building's facade, part of a building plann begun in 1940 was in progress.

The two graphics below show Stalin's Dacha at Kuntsevo, southwest of the city (Map 2) in 1941 and 1942.  The recently excavated tank ditch outside the dach in 1942 shows how close the residence was to the city's defenses. Note also the removal of support facilities and the clearing  of the area immediately north of the perimeter. 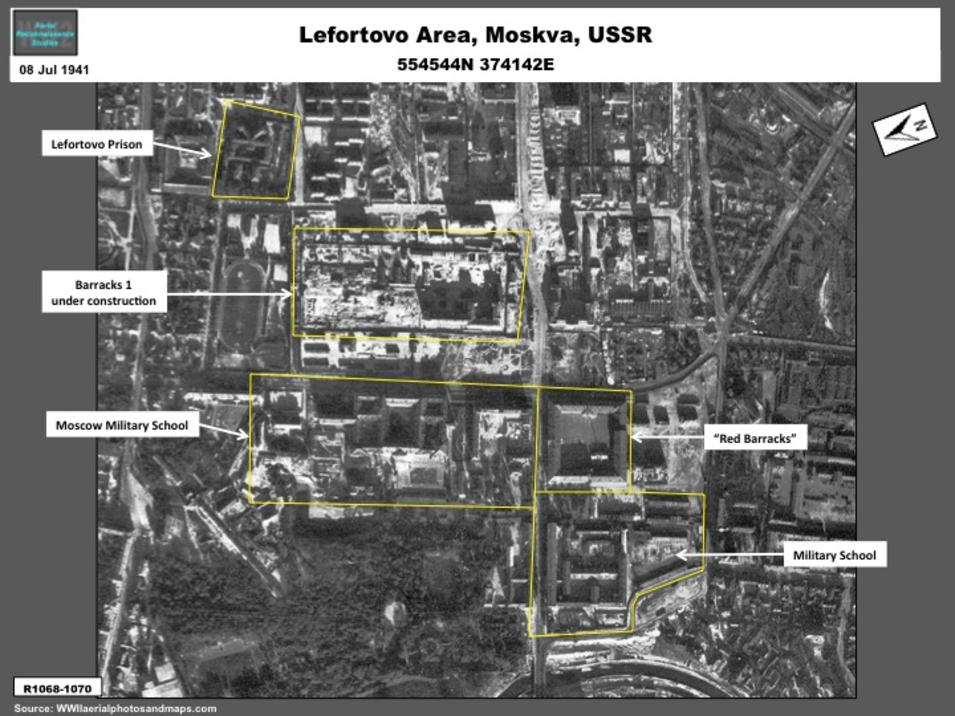 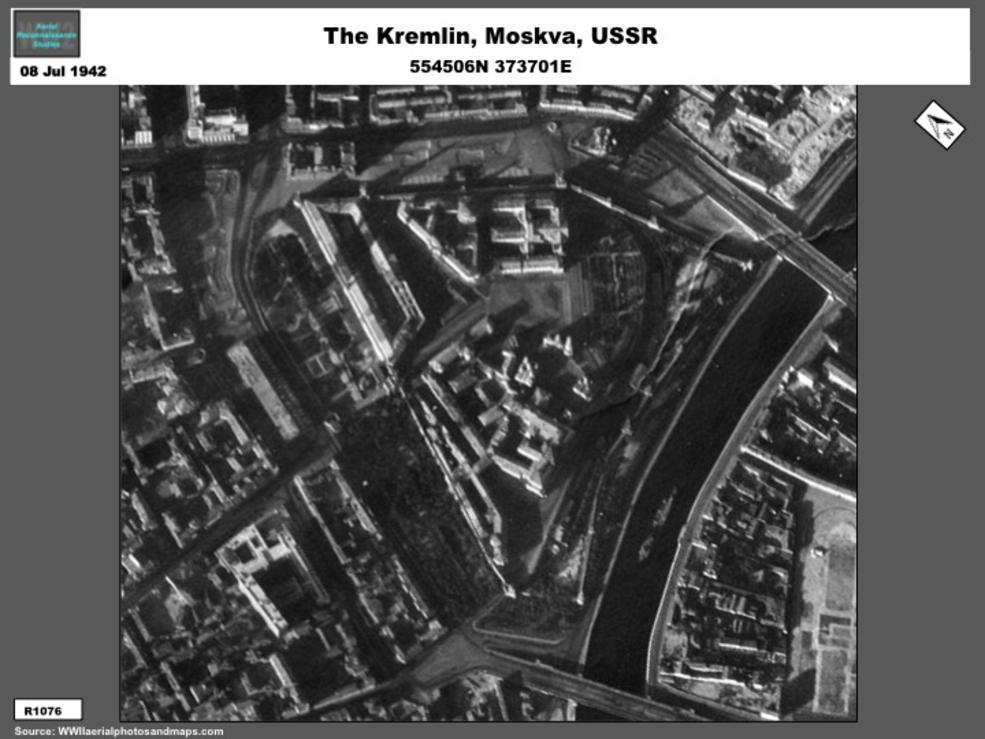 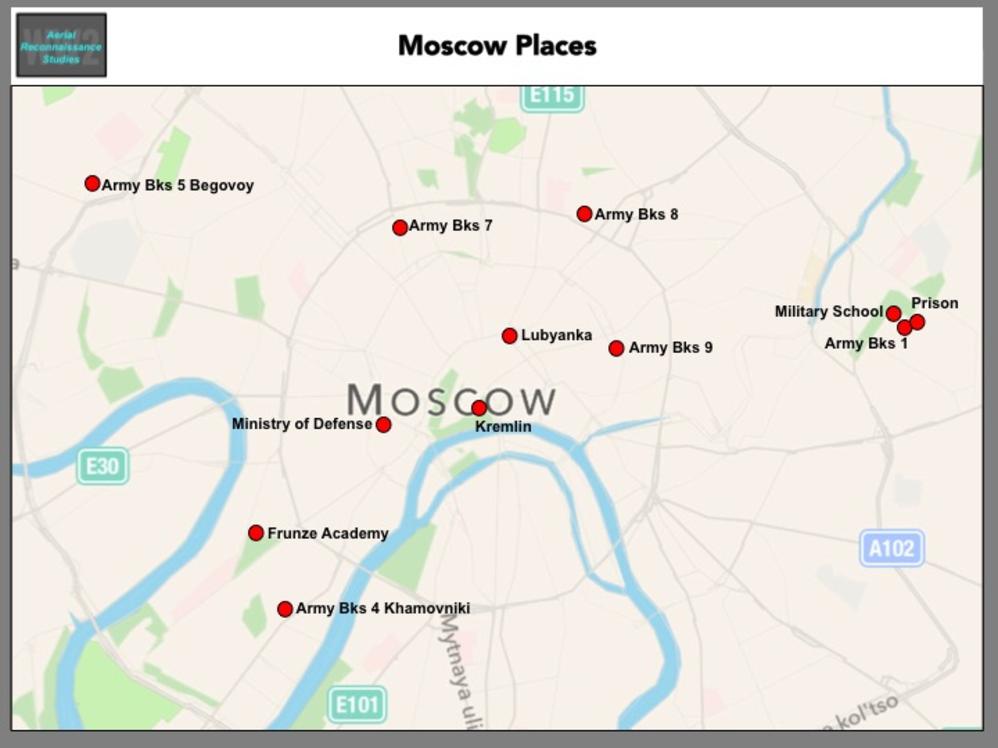 Below is an example of a large military depot under construction west of Moscow in 1941.