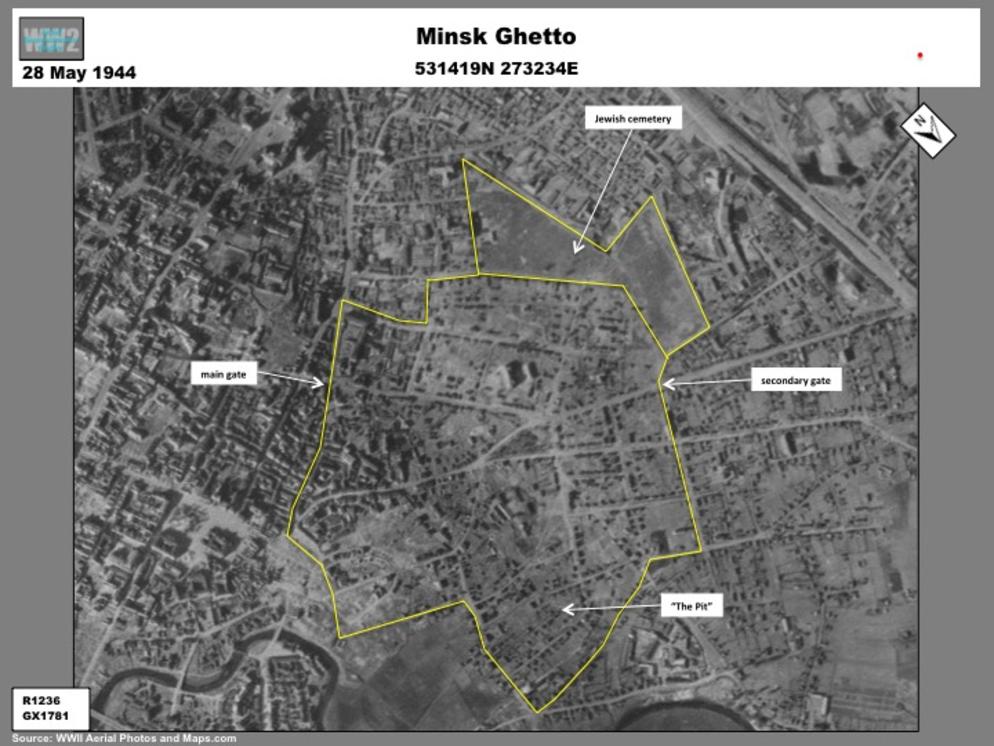 The Minsk Ghetto was established in July 1941 and expanded in November of the same year.  In March 1942 about 5000 Jews were killed in an area called "The Pit."  The ghetto was liquidated in October 1943.  Graphic 1 shows the ghetto before the Red Army retook Minsk in July 1944; note that the Jewish cemetery was virtually obliterated.  Graphic 2 shows the location of related facilities in the city including a separate labor/POW camp on Shirokaya Street; another labor camp was located near the Opera.  Among the major German installations in Minsk was the Einsazgruppen headquarters (Graphic 3) 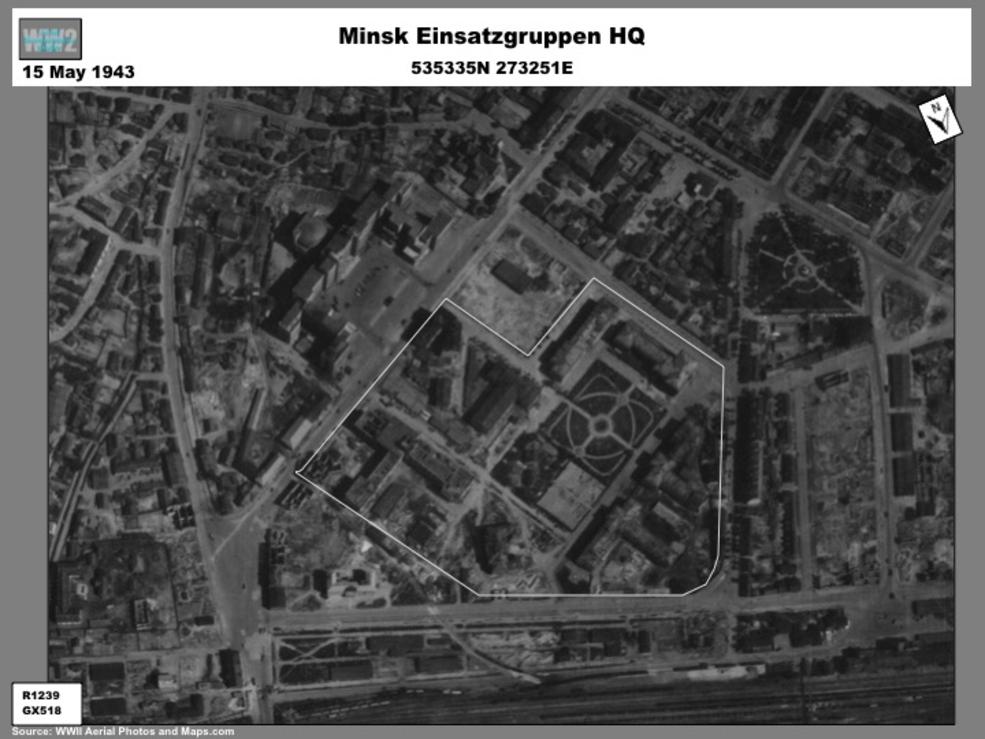 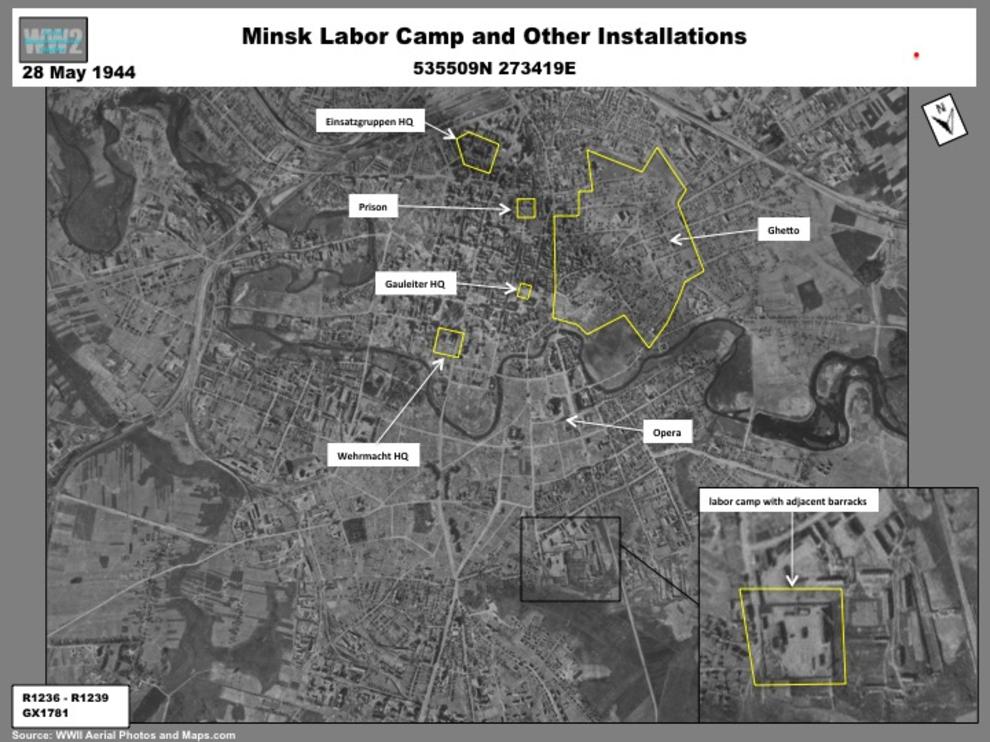