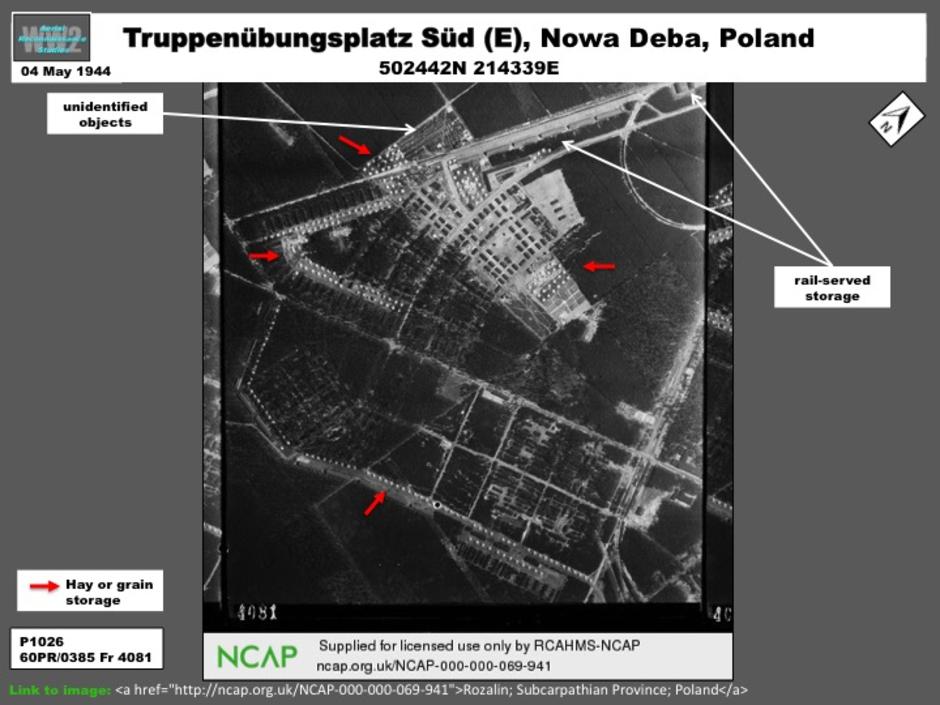 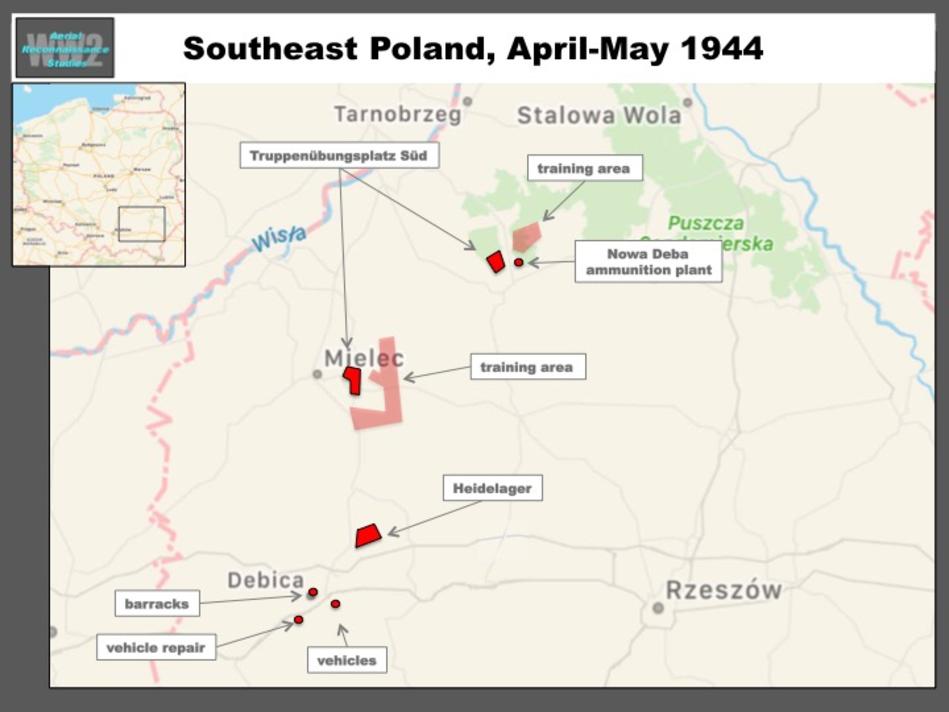 The two complexes comprising Truppenübungsplatz Süd were similar: each was rail served, could house at least 15 companies and had large amounts of covered storage (Graphics 1 & 2).  Each complex appeared to have some newly constructed areas.  A bivouac was in the training area east of the Mielec complex and a labor camp or prison was at the west side of the complex.  The Nowa Deba complex had a much more extensive rail infrastructure with rail served storage, indicating it also served as a military depot (Map 2). Ninety pieces of rolling stock, including 30 flatcars, were in the facility's rail yard. A pre-war ammuniton plant established for the Polish army was southeast of the complex.  A large number of unidentified objects, possibly tactical bridge pontoons, were stored in the open. Nowa Deba is less than 20 km southeast of Tarnobrzeg, a major crossing point on the Vistula River. 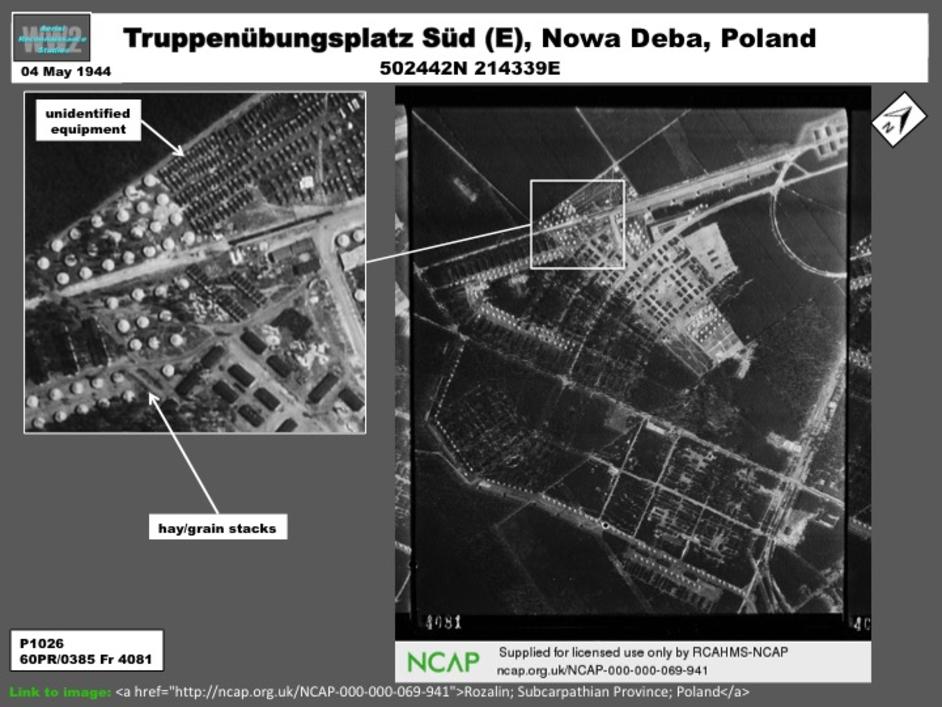 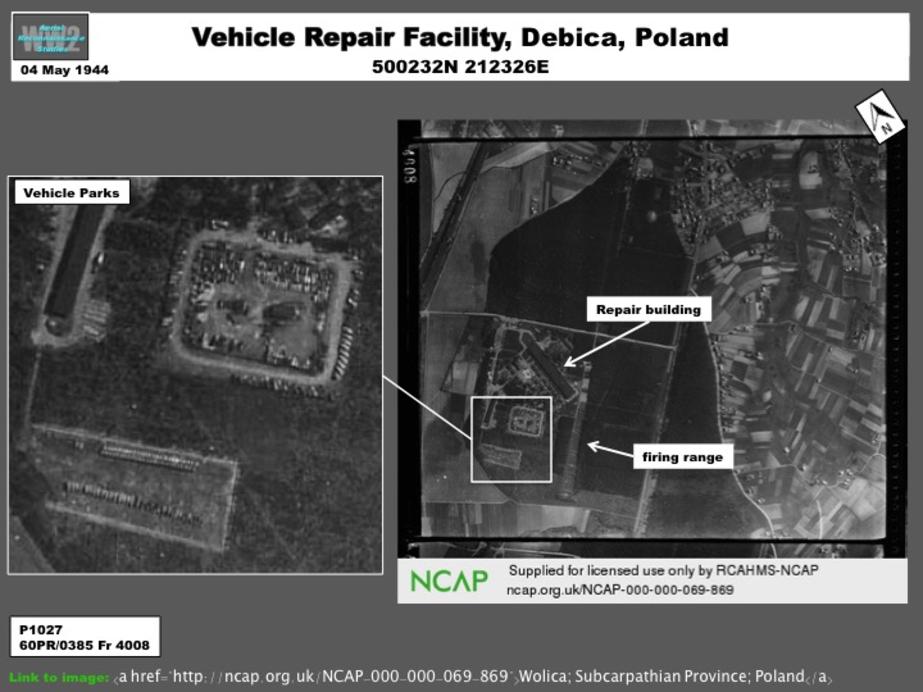 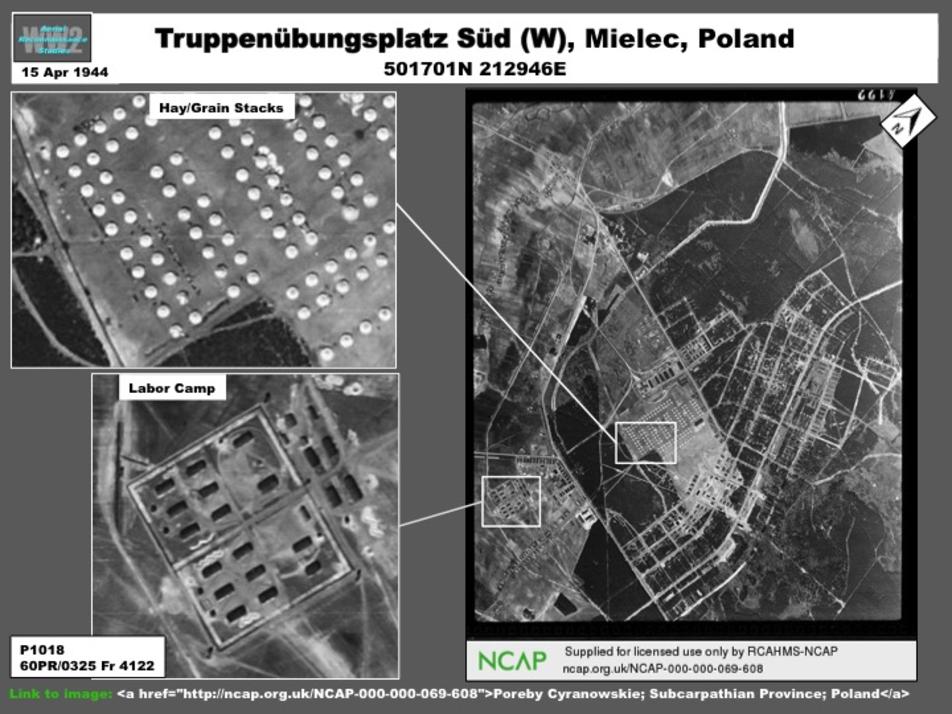 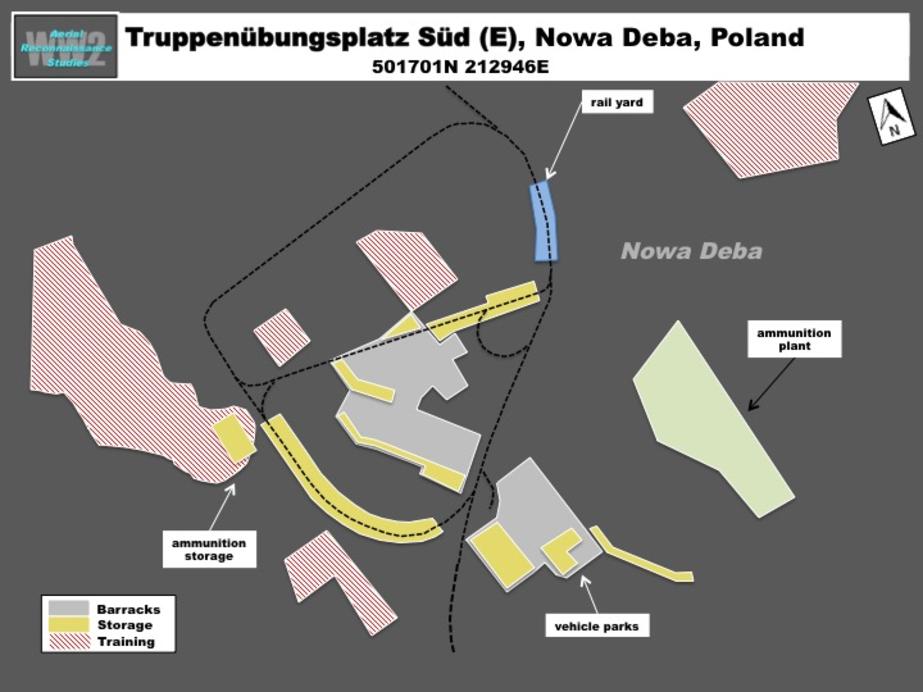 On 15 April 1944, there were about 200 hay or grain stacks on parade or training fields of the Mielec complex; 200 more were stored within barracks and storage areas at Nowa Deba (Graphics 1-3).  Activity could be seen around some of the stacks on the training field at Mielec and approximately 40 vehicles were parked in the vicinity.  The stacks were much more dispersed  in the Nowa Deba complex.

In 1940 the Wehrmacht established Truppenübungsplatz Süd, the southernmost three training centers in eastern Poland; it was  adjacent to an SS training center, the Heidelager (see separate article).  Good coverage of Truppenübungsplatz Süd from April and May  1944 showed that the center was composed of two large complexes near the towns of Mielec and Nowa Deba.  While only limited training other activity was observed, what appeared to be stacks of agricultural produce were set within barracks areas, suggesting it was in storage for military use.  About 30 km south of Mielec, activity was observed in and around the town of Debica, which a major logistical and maintenance hub and home garrison to the 8th SS Cavalry Division.​​ 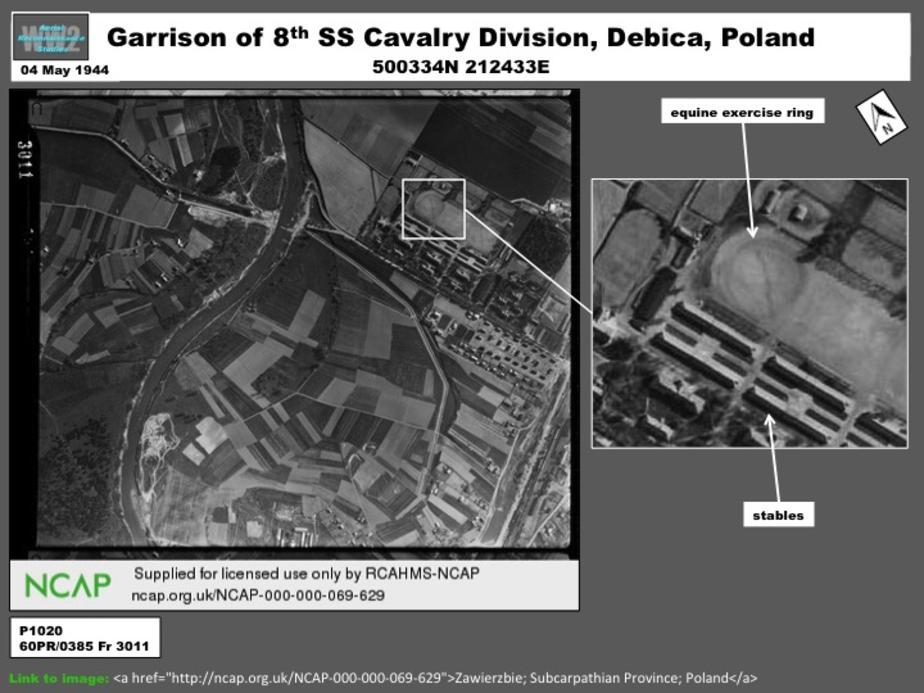 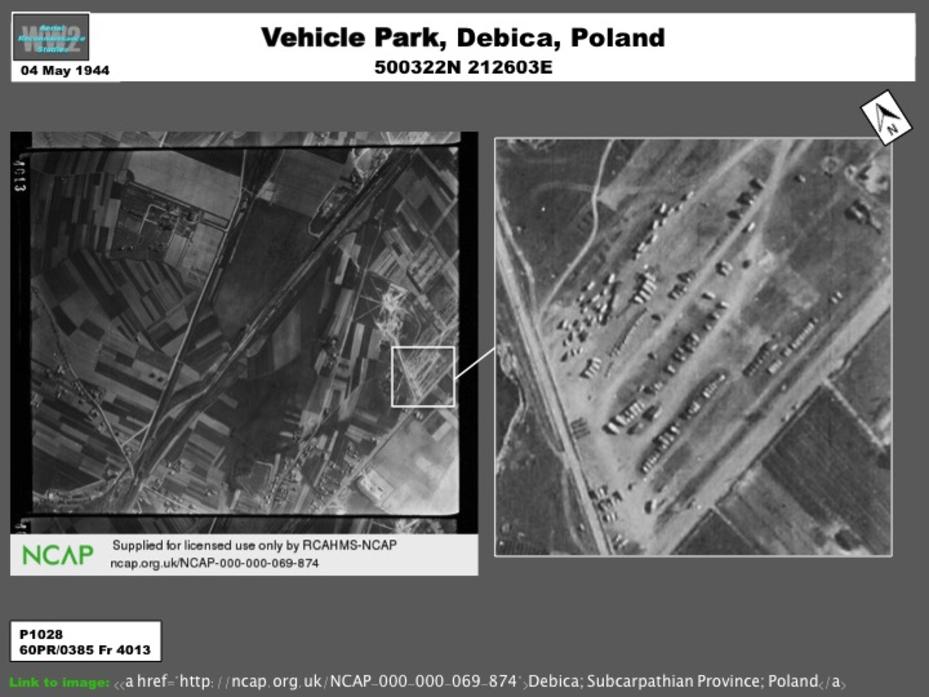 The town of Debica was home to a major Wehrmacht vehicle maintenance depot, located southwest of town. The facility had a very large maintenance building and on 4 May 1944 hundreds of vehicle were parked in several areas (Graphic 4).  When imaged by the Luftwaffe on 16 September, the facility had been evacuated and was empty.  A probably related vehicle transshipment area with hundreds of vehicles was near the rail line northeast of town (Graphic 5).  Finally, Debica was also home to the 8th SS Cavalry Division which was responsible for may cases of genocidein occupied areas; several equine exercise areas could be seen in the unit's main garrison at the edge of town (Graphic 6).