The concentration camp, composed of five separate bararcks sections (a smaller sixth section was not imaged) enclosed by a double security fence, was abandoned essentially intact (Graphics 1 - 2).  Sections 1 - 4 were composed of two kitchens and 20 or 22 bararcks situated in two rows; one of the barracks held a laundry.  At least 10 buildings had been removed from the compound, including five from Section 3 and two from the space between Sections 1 and 2.  One of the latter buildings was the camp's original crematorium.  Outside the fence line, the gas chambers, SS barracks, camp administration area, workshops, and dog kennel all remained intact. 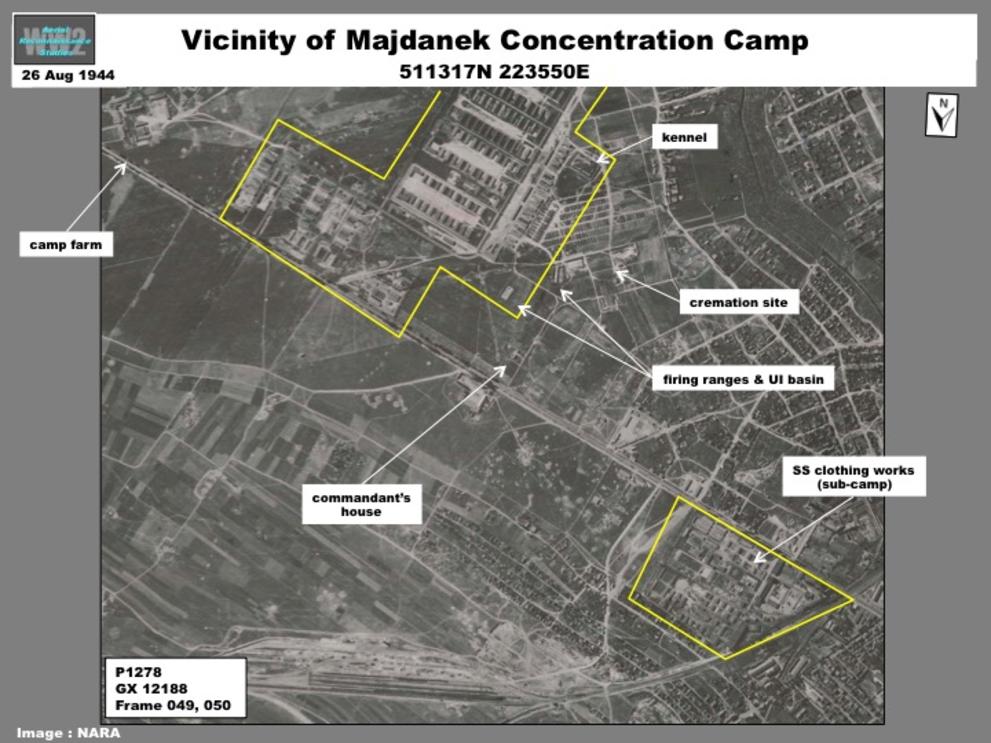 Lublin was occupied by the Red Army on 22 July.  On 26 August, the city and its rail facilities were heavily defended by a large number of anti-aircraft sites.  Vehicle convoys could be seen in several areas and equipment loading/unloading was taking place at a rail yard  (Graphic 6).  Unlike otherairfields abandoned by the Germans, Lublin airfield did not show any signs of runway demolition, probably testifying to the speed of the Soviet advance (Graphic 7).  On 26 August, at least three fighter regiments, including one P-39-equipped, were based at Lublin.

The Majdanek concentration camp near Lublin was covered by Luftwaffe reconnaissance sortie on 26 August 1944. The coverage revealed most of the camp and its facilities.  Unfortunately, the camp crematorium --destroyed by the departing Germans-- was not imaged. 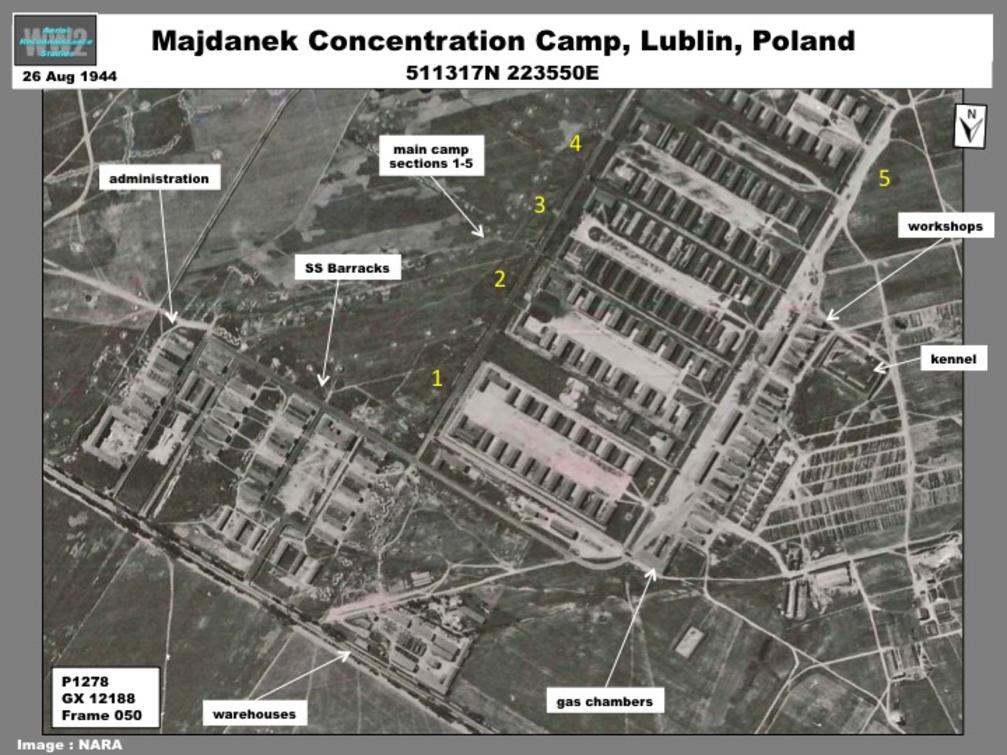 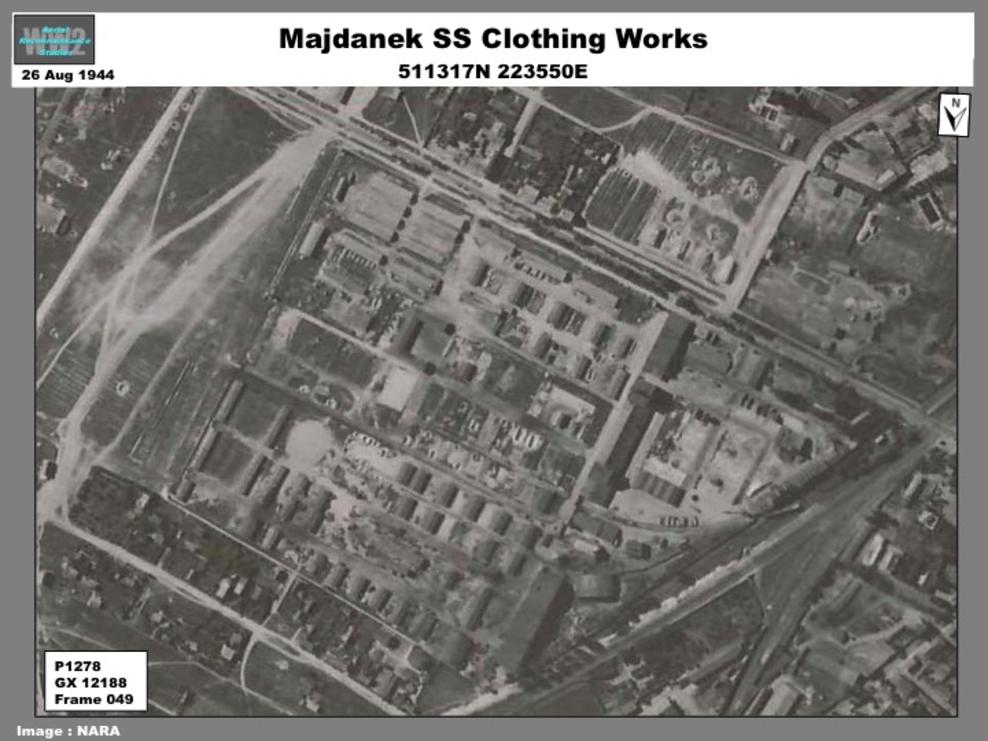 Graphic 4 shows related facilities in the vicinity of Majdanek, including the camp farm, commandant's house, cremation area, two small firing ranges and an unidentified basin.  A rail-served sub-camp was located at the SS Clothing Works northwest of the main camp (Graphic 5). 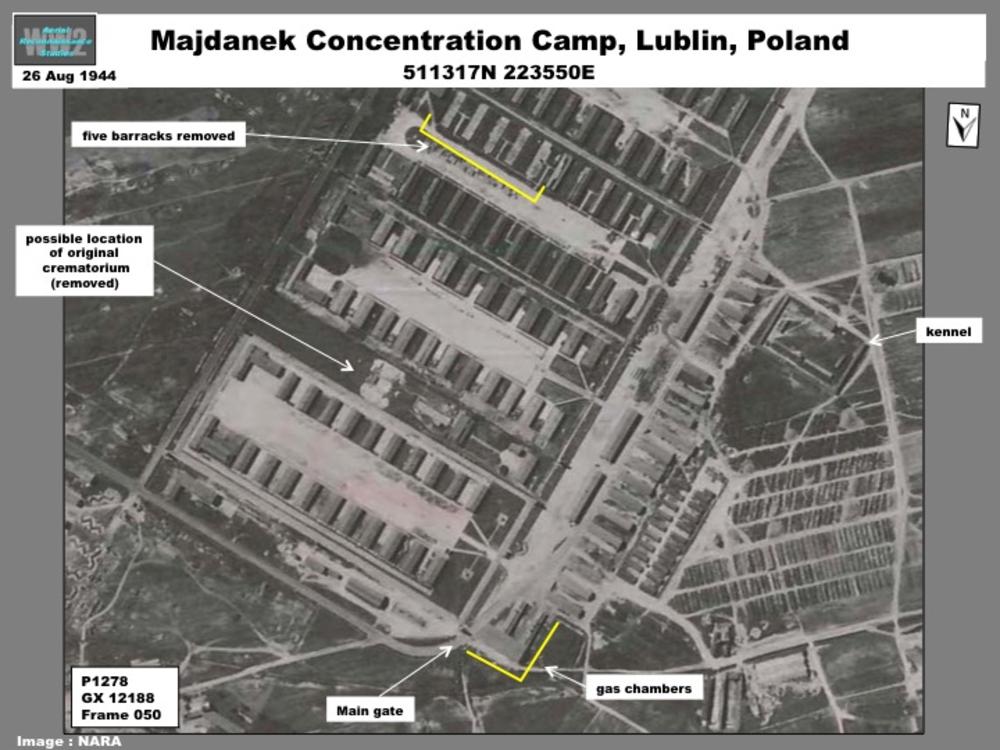 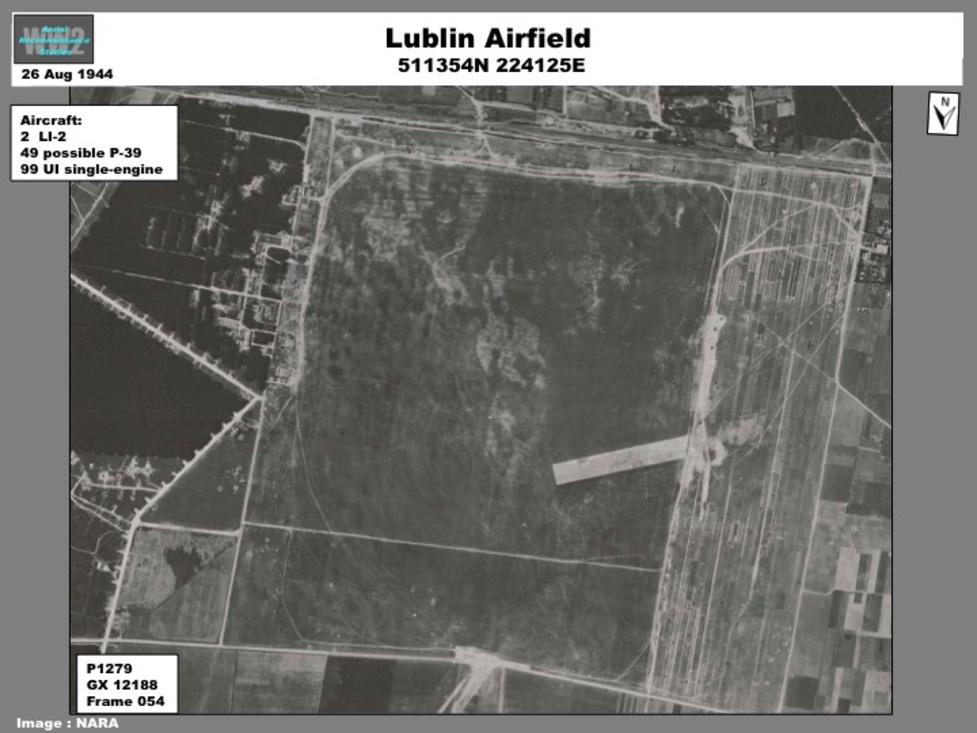 The gas chamber site was located near the main gate;  (Graphic 3).  The site included two parallel buildings (one was for disinfecting).  A larger structure covered the rear of both buildings, effectively concealing the gas chambers. 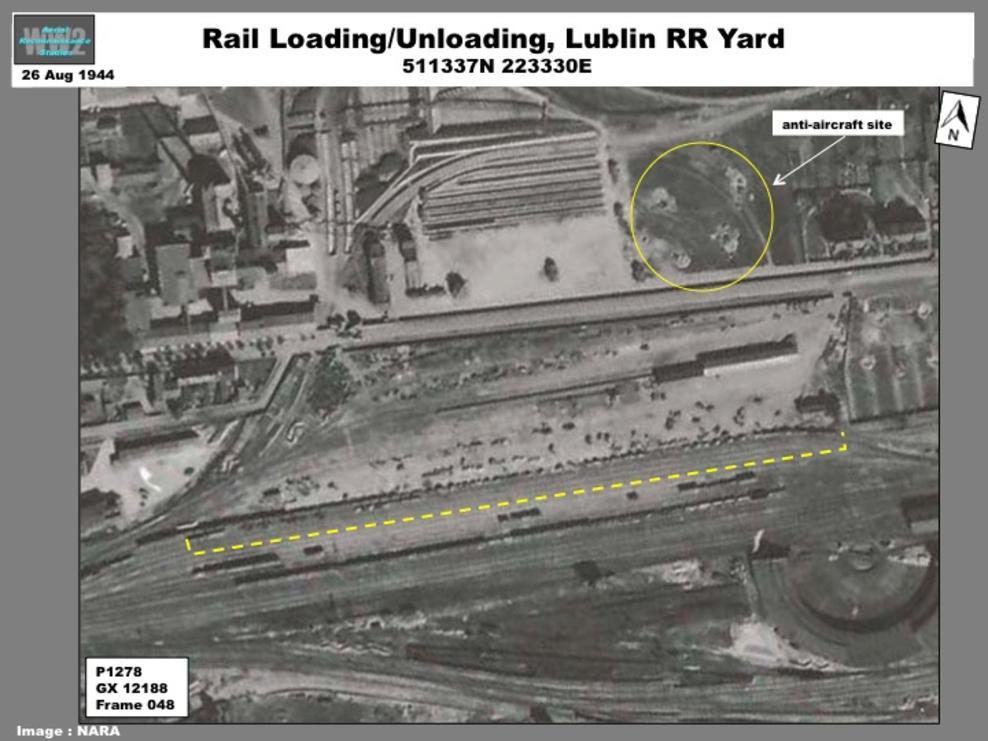 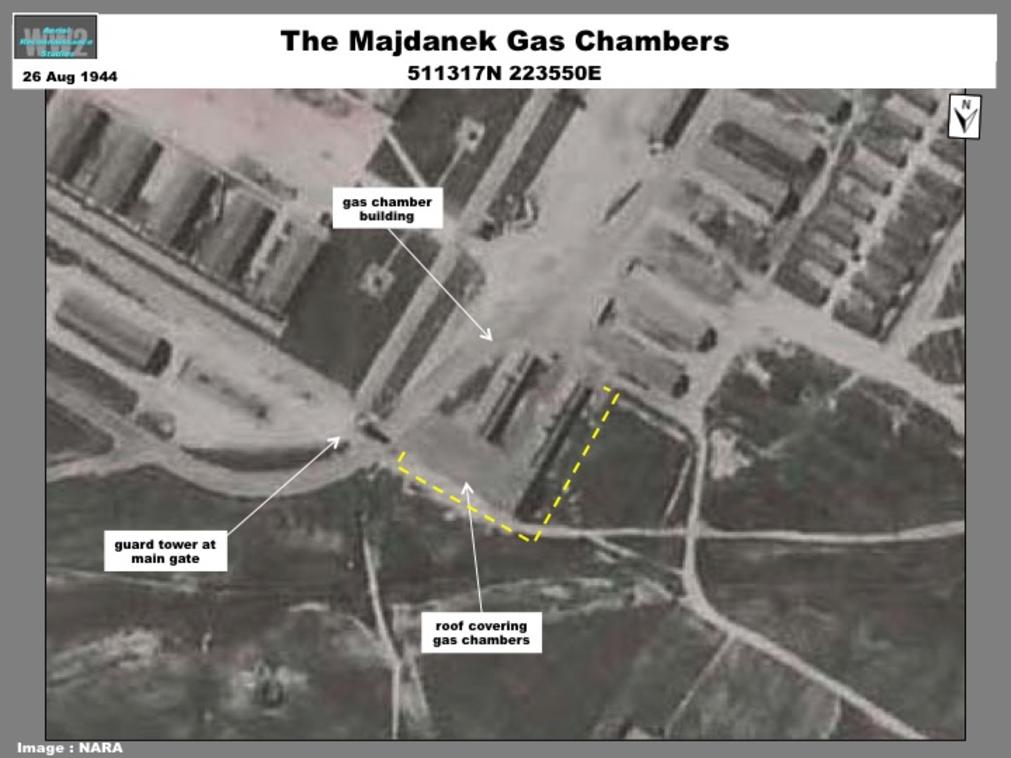