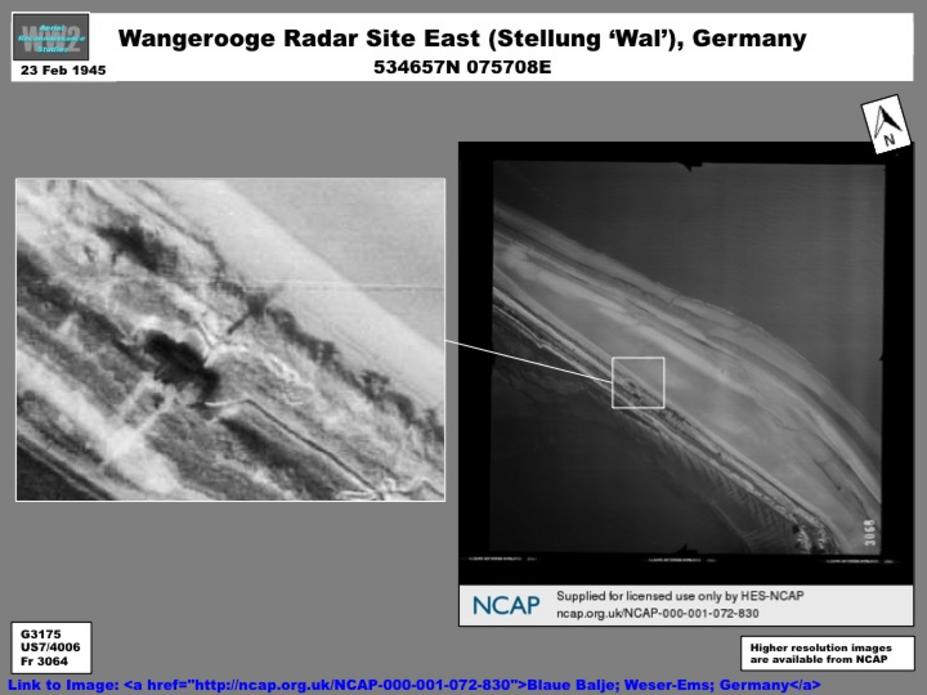 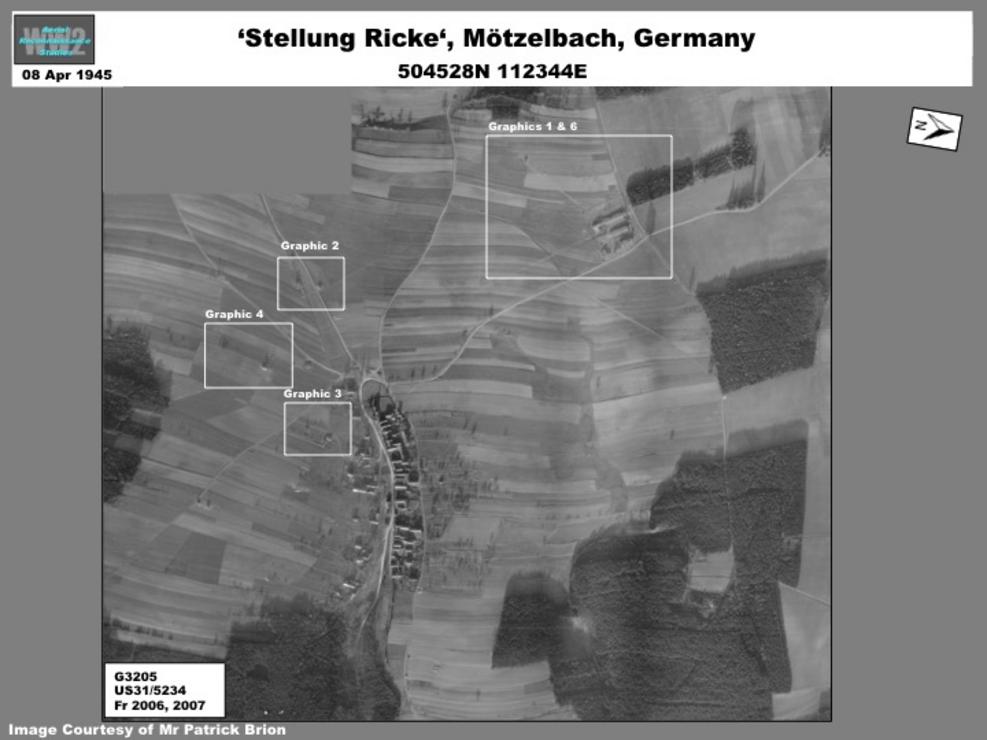 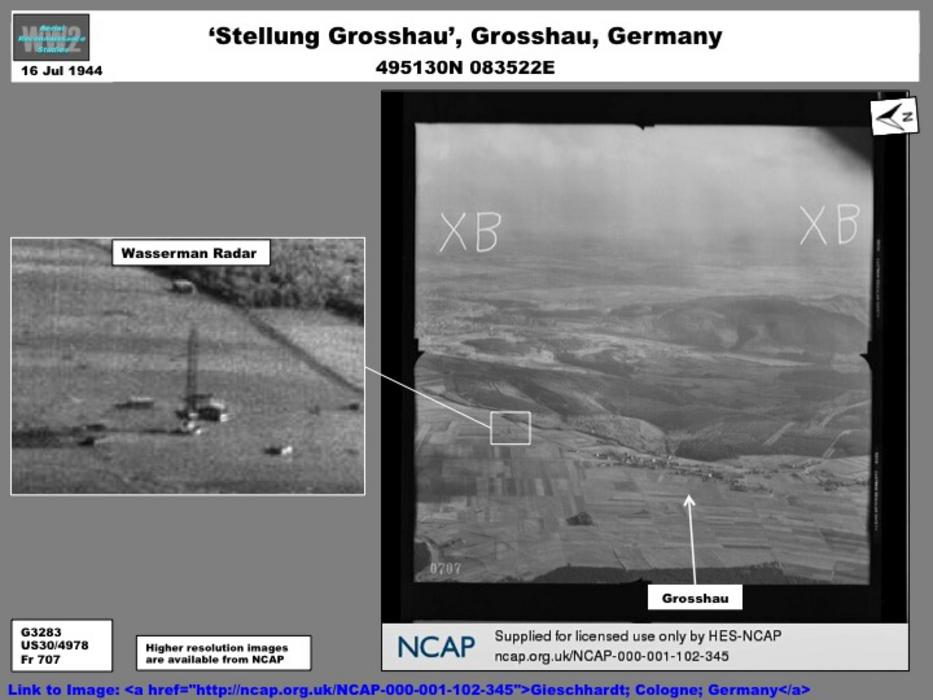 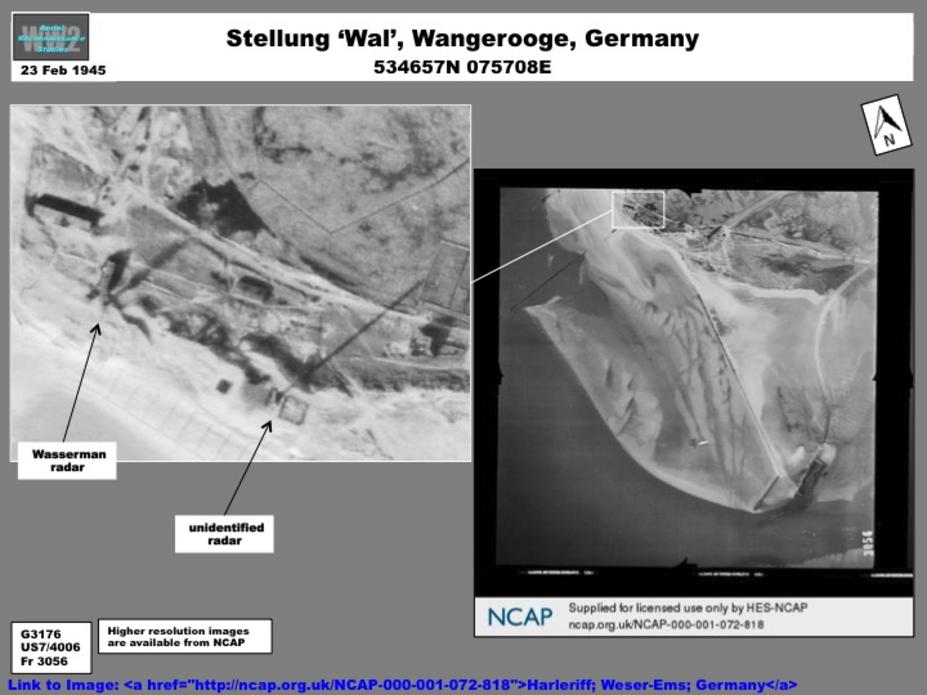 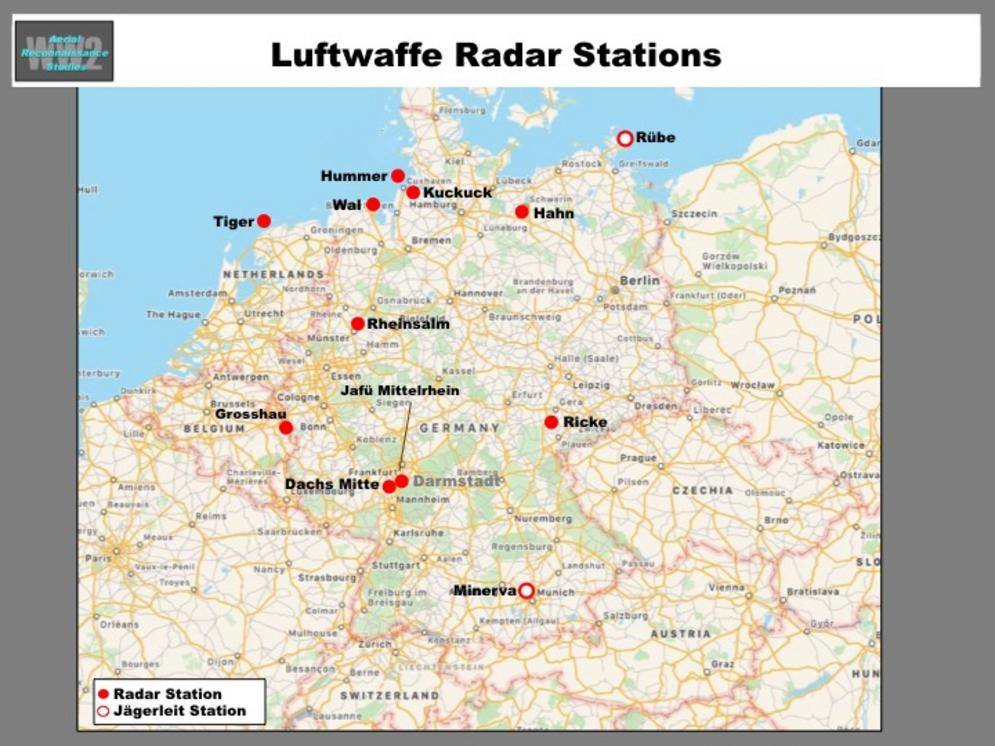 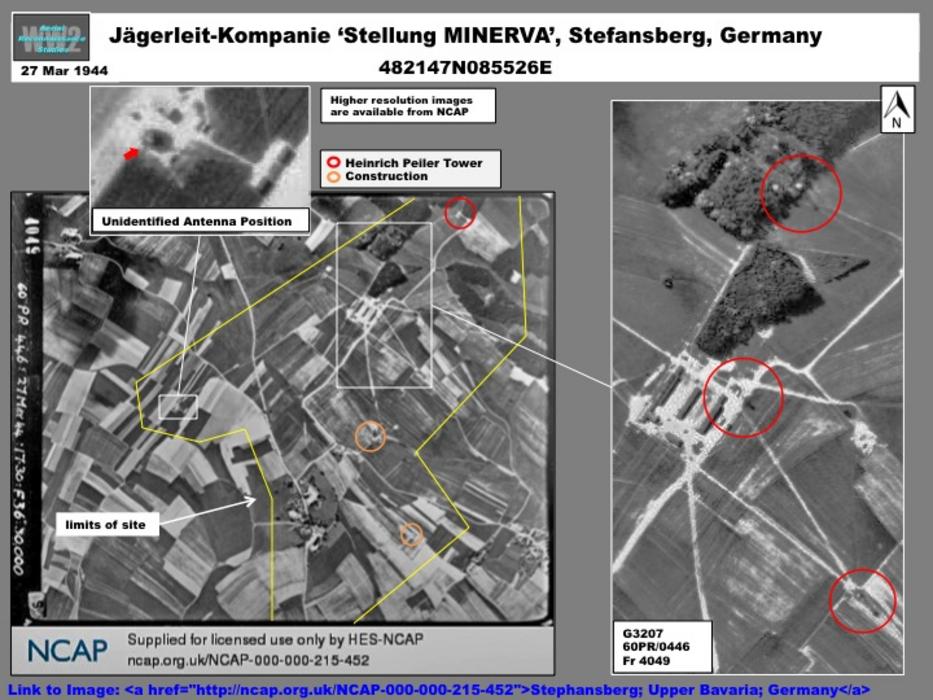 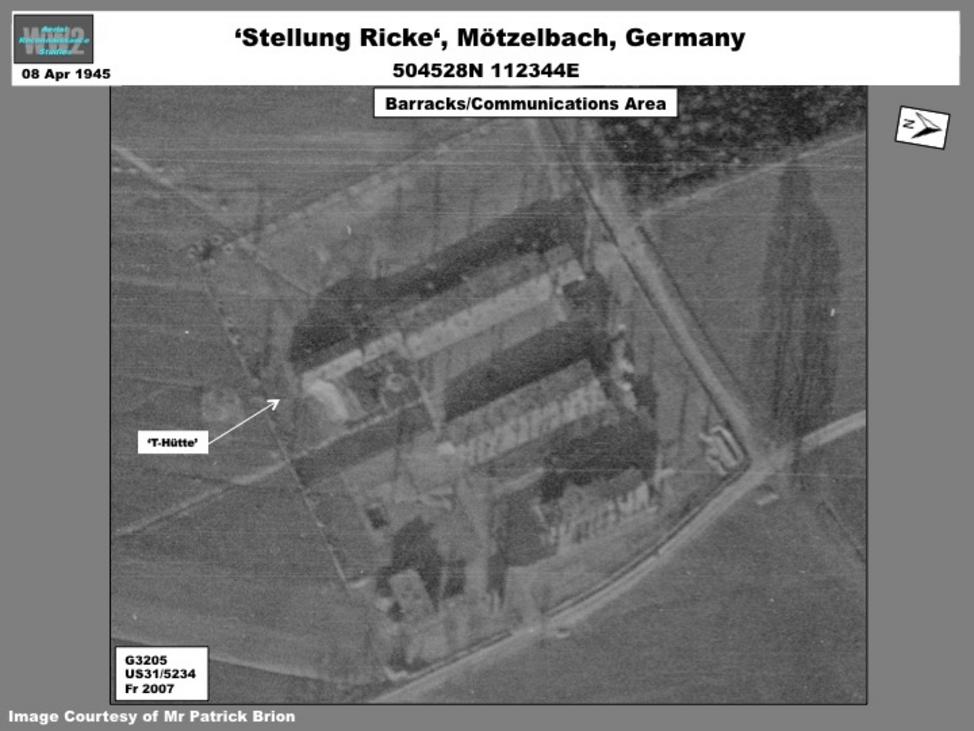 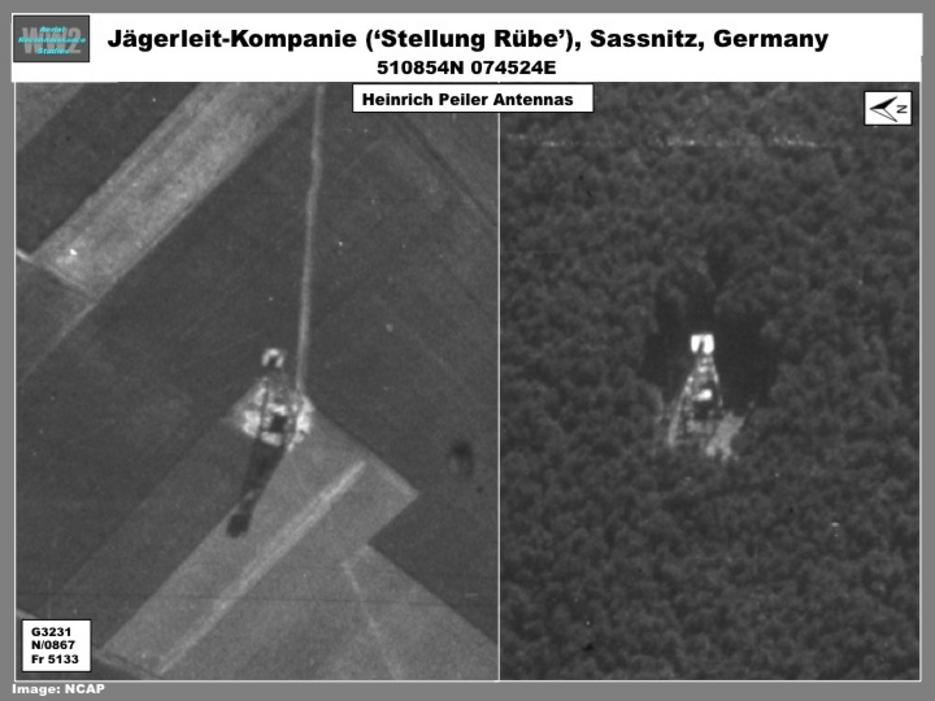 Stellung Grosshau was an enigma. It seems to have been identified as one of two Stellung III's' belonging to LN Reg. 233 and for this reason was thought to be be a Flugmelde-Messzug (rail-mounted radars).  However, analysis of low-level oblique imagery from16 July 1944 revealed a Wasserman radar at the site; it appeared to be the only radar present.

Stellung 'Hummer', was deployed on the North Sea islands of Helgoland (Graphic 20) and Helgoland Dune. The islands were home to two major facilities, Kriegsmarine Submarine Pen, 'Nordsee III and Helgoland Dune Airfield (not shown).  On 15 April 1945, only two radars could be confirmed on Helgoland although several other possible radar positions could be seen around the island.  One of the radars was deployed near a group of buildings and a coastal defense battery on the west end of the island and the other was on the roof of the sub pen along with three anti-aircraft positions.  A large excavation near the former position indicated construction for a bunker or another artillery position was planned ('Hummer' had been selected for deployment of a Jagdschloss radar). 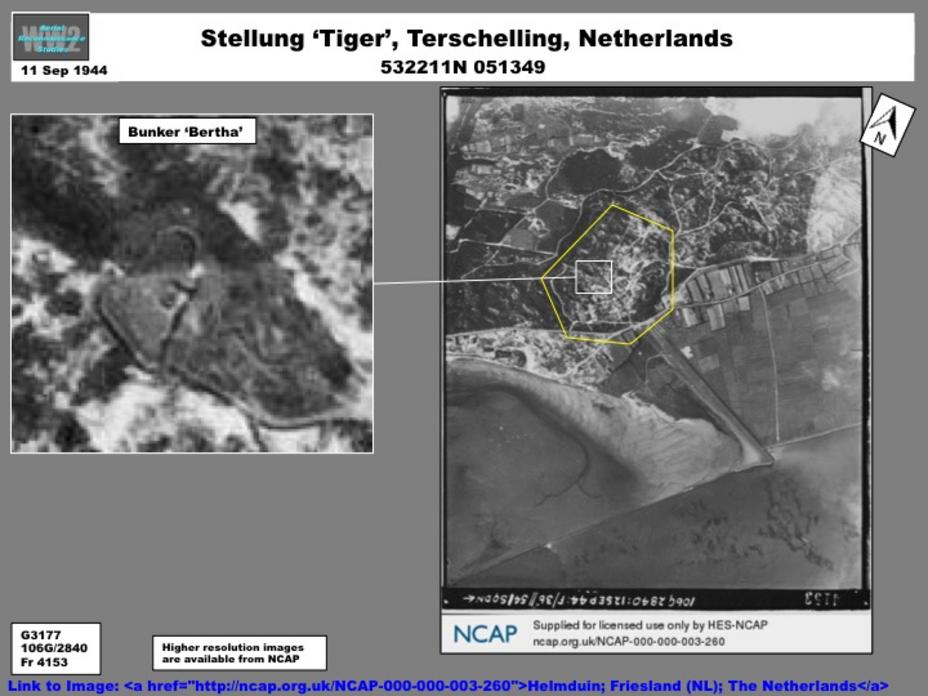 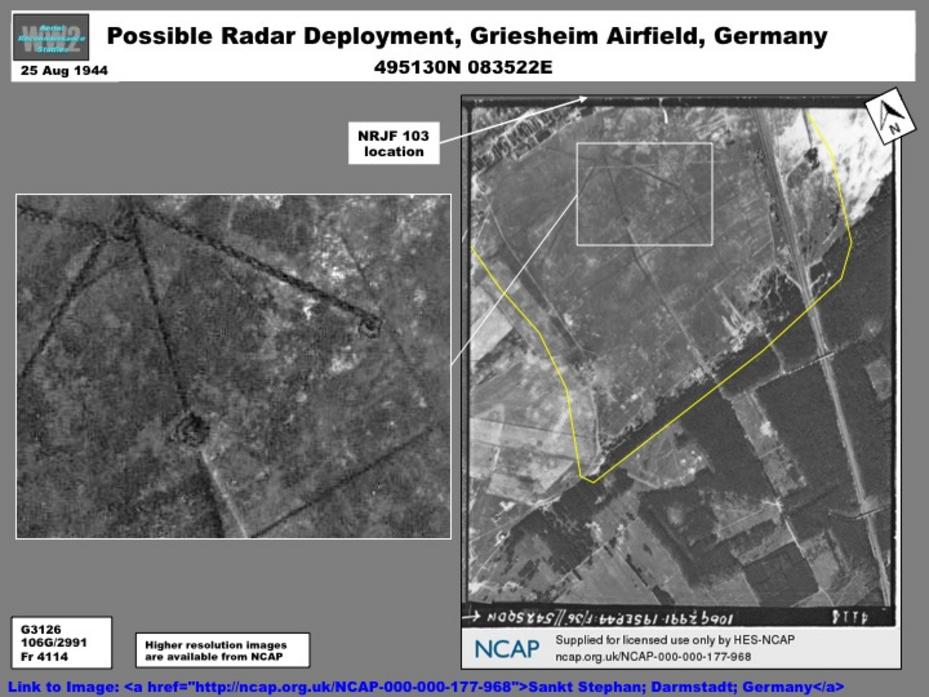 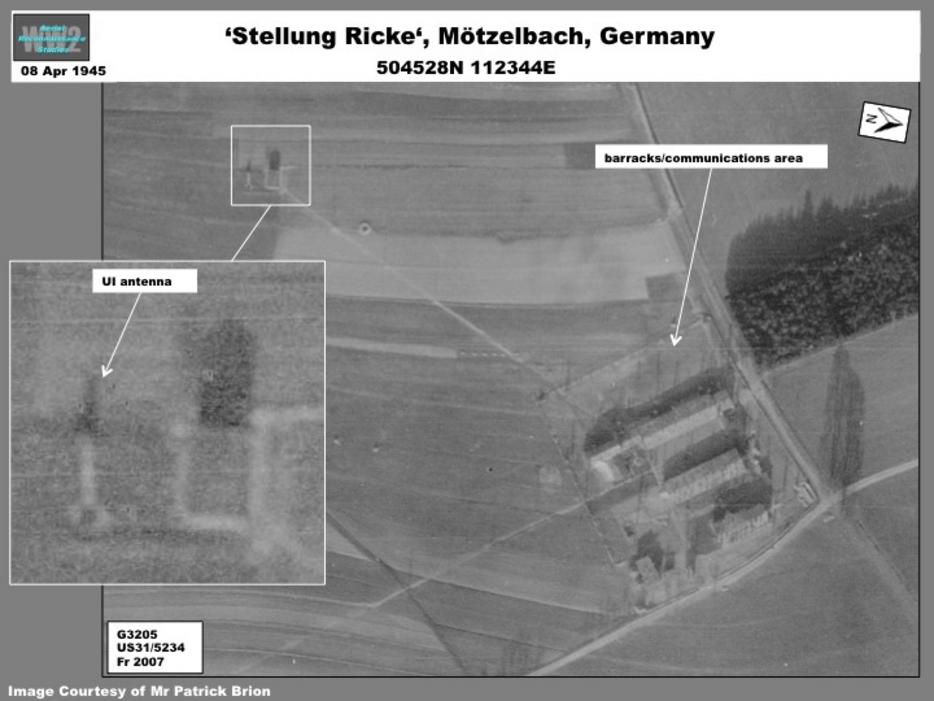 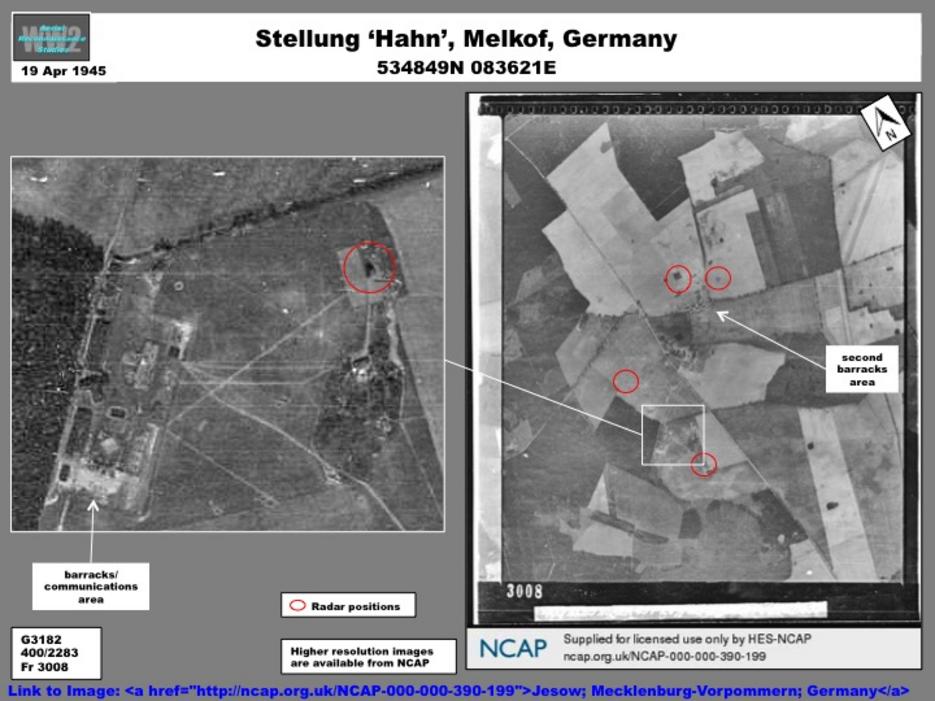 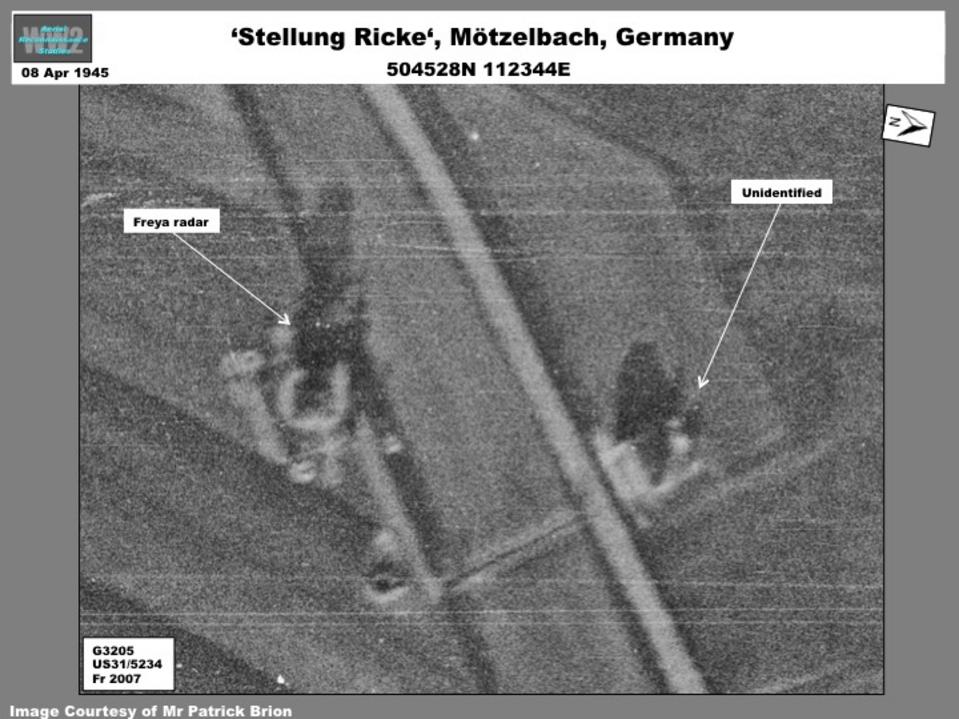 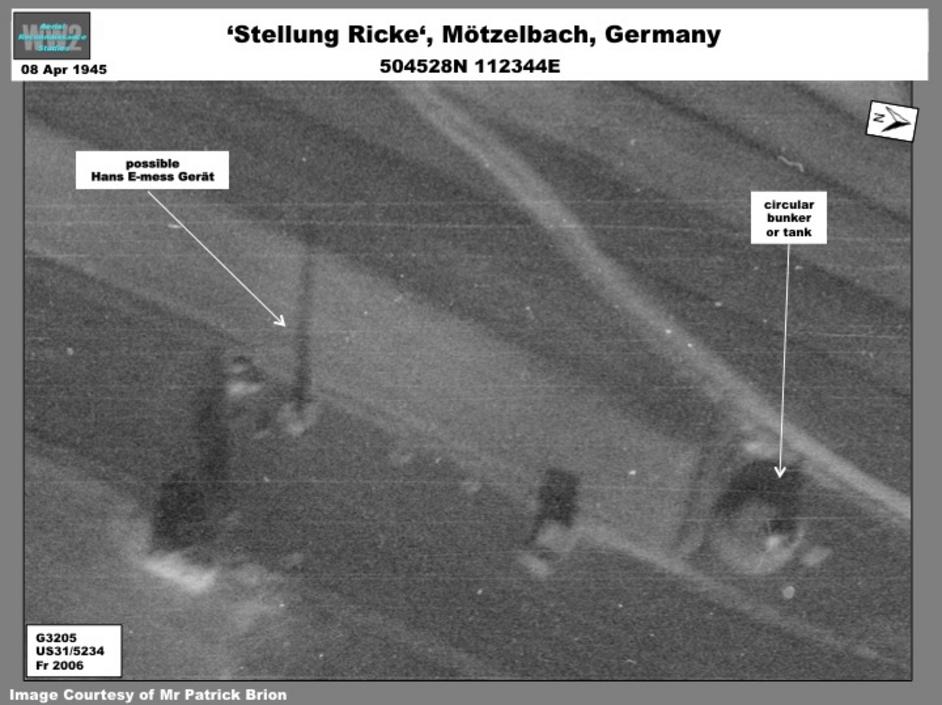 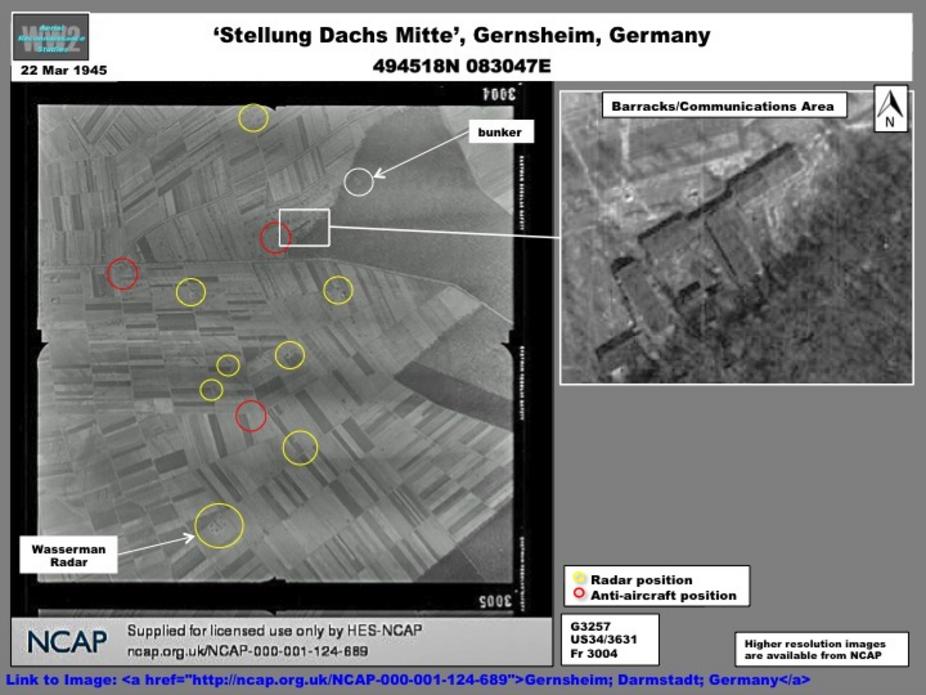 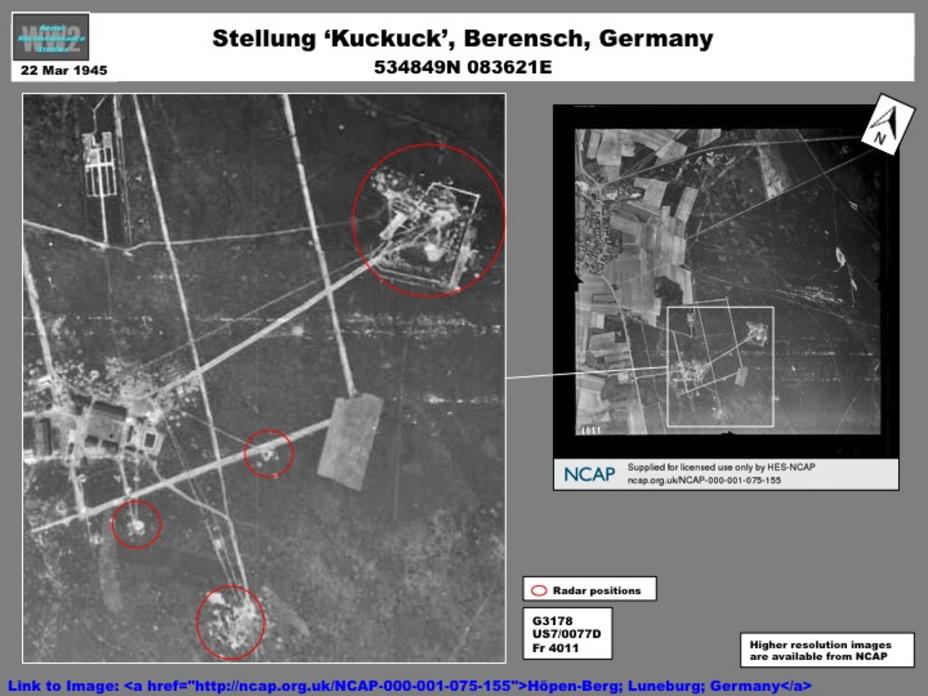 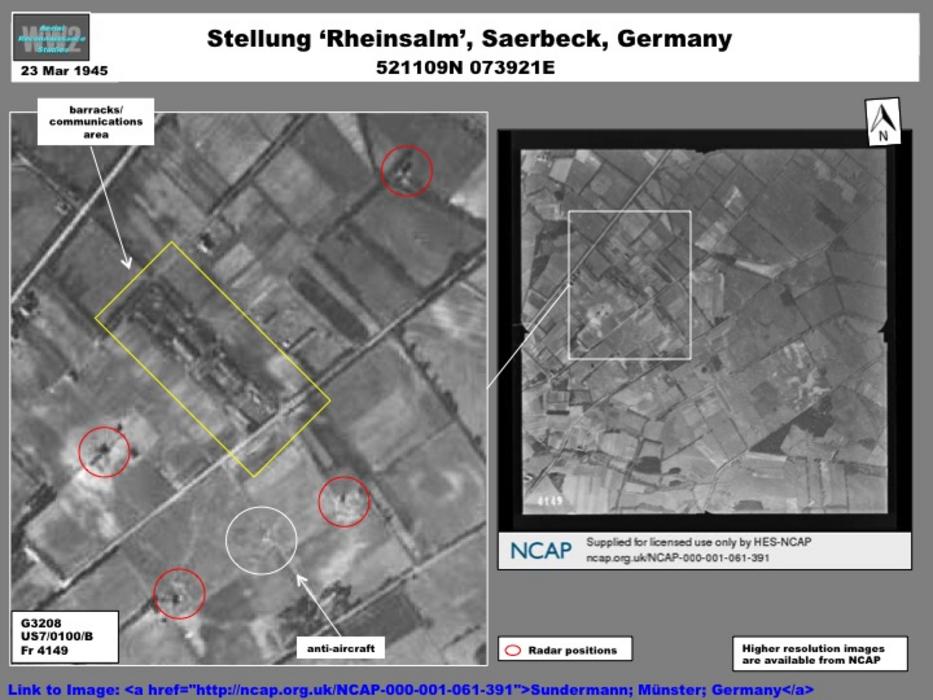 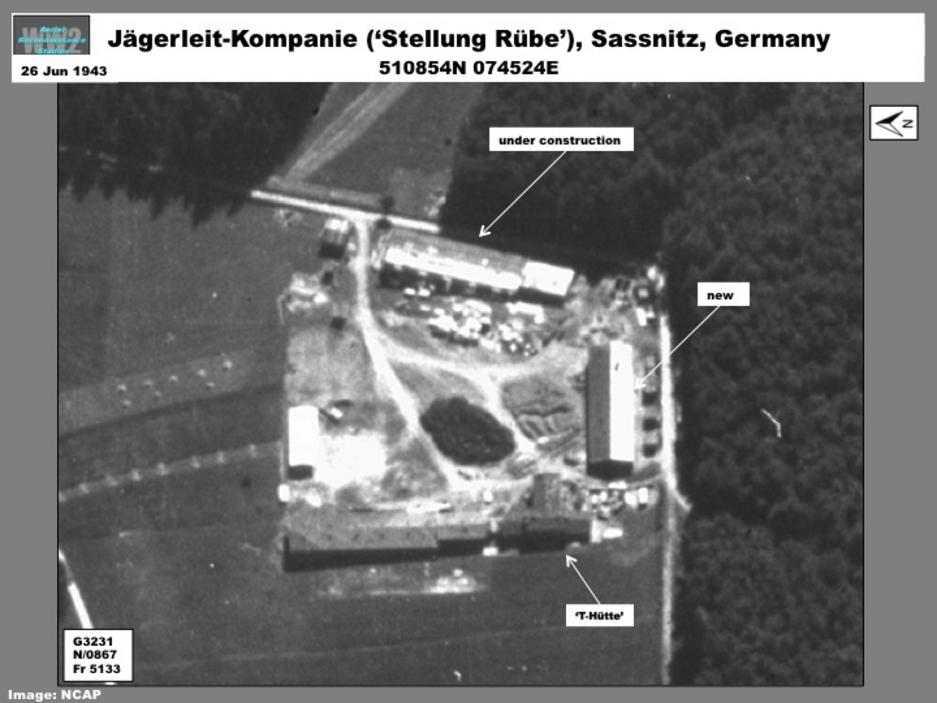 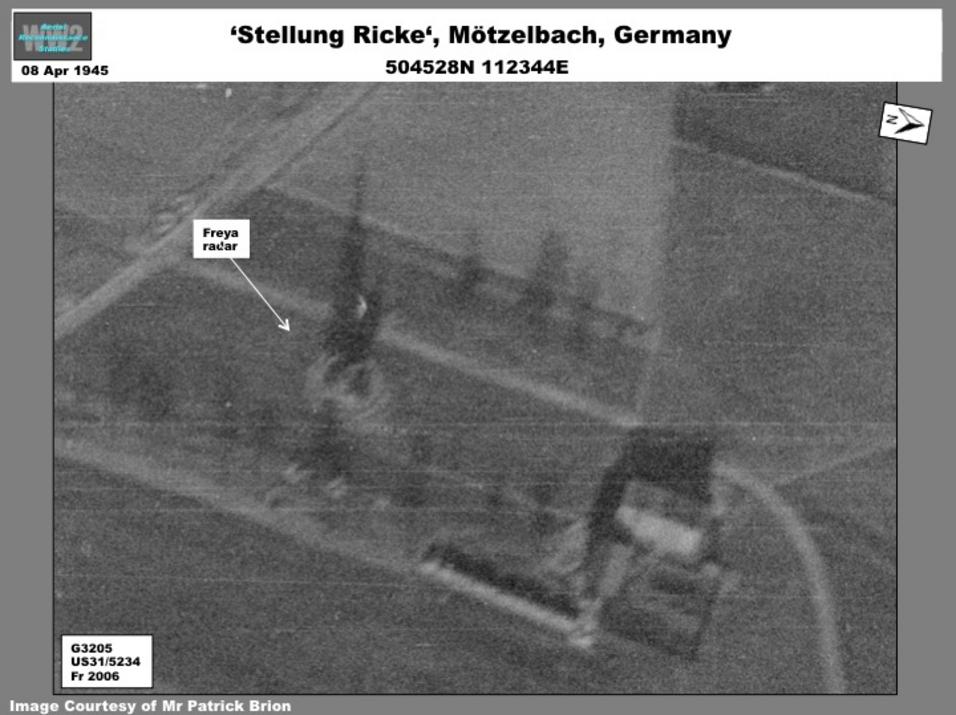 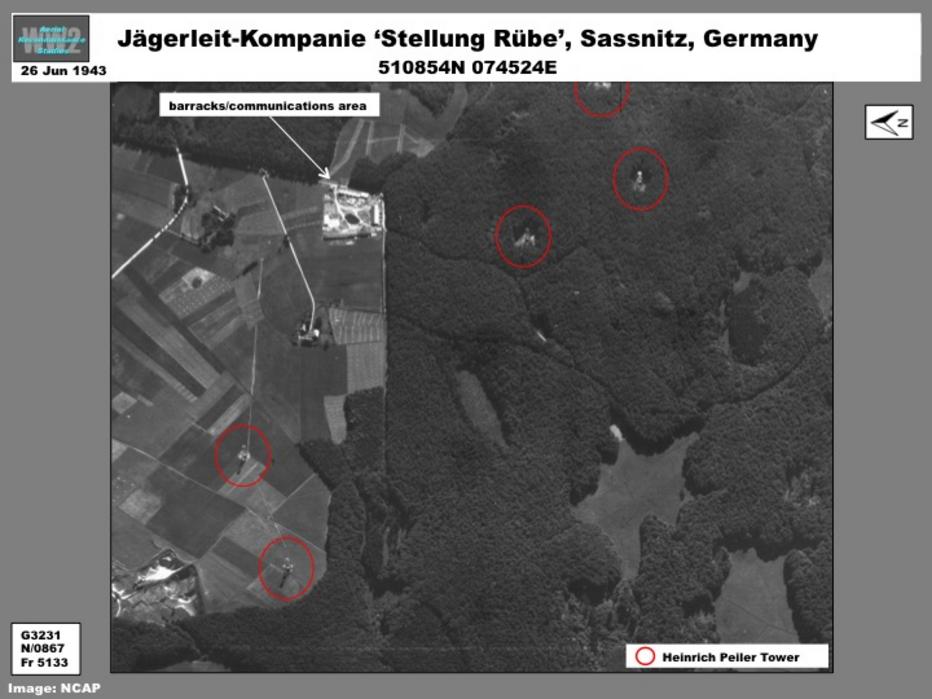 Radar sites deployed on coastlines had somewhat different layouts. Some exampes of these sites were 'Tiger' and 'Wal' on the North Sea.  Located on the west end of Terschelling Island, Stellung 'Tiger' had a large bunkered opearations center codenamed 'Bertha' (Graphic 17); the radars were deployed in the vicinity, although they could not be seen on the image.  Stellung 'Wal' was deployed on Wangerooge island. The main part of the site, with a Wasserman radar and unidentified radar was was located at the west end of the island (Graphic 18; another radar was located further east (Graphic 19). 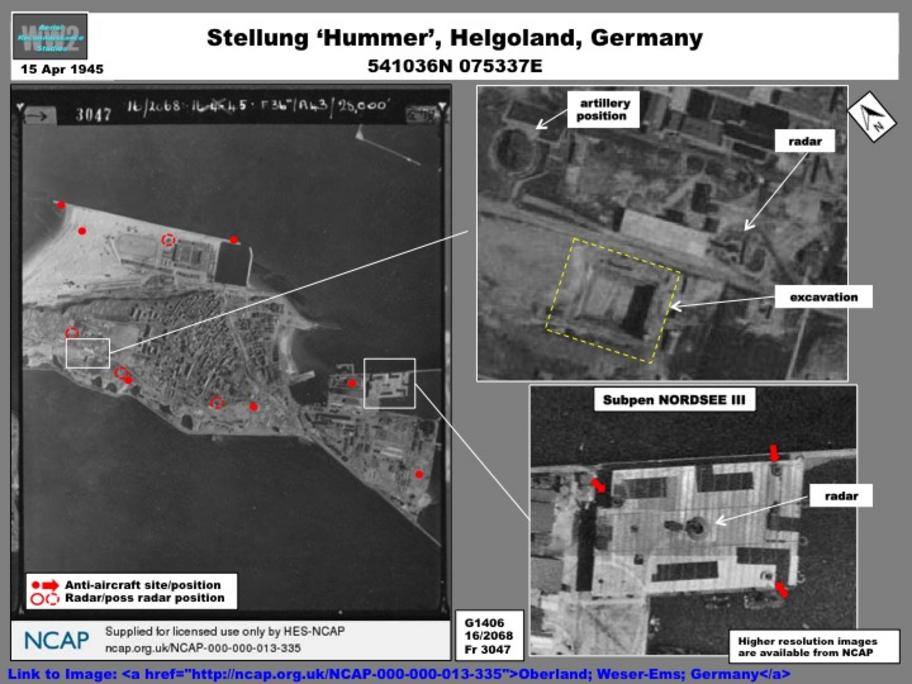