The group of 21 biplanes at Johvi included both He 50 and C.V-E aircraft probably comprised both of NSGr 11's staffels (Graphic).  Also present at the field were 15 single-engine fighter aircraft most likely belonging to Jagdgeschwader 54 (JG 54), which operated in the Baltic region at the time.  At least a few of the fighters appeared to be Fw 190s. 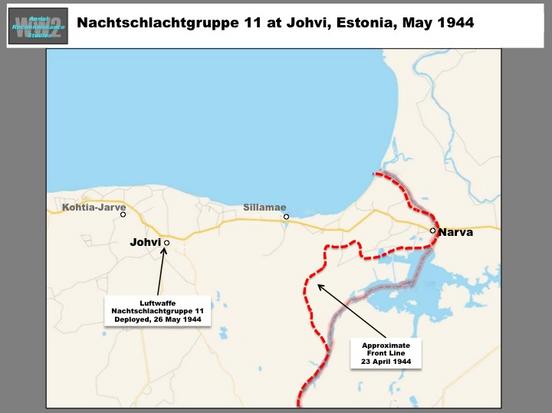 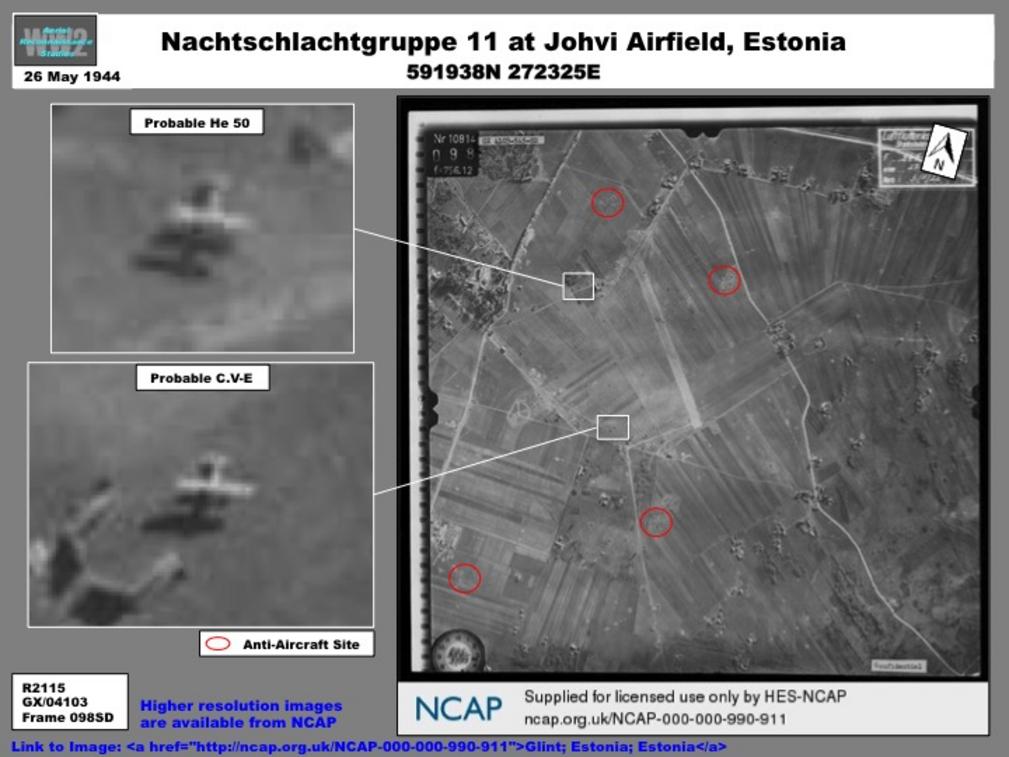 Johvi had an all-weather packed earth runway and was equipped with dispersal area and aircraft rervetments (a secondary grass field was northwest of the village). Most of the aircraft were dispersed and the airfield was heavily defended with at least eight anti-aircraft sites and other defensive positions.  A few bomb craters around the field indicated it had come under only limited attack despite the relatively close proximity to the front lines.

Aircraft belonging to the Luftwaffe's Estonian-manned  Nachtschlachtgruppe 11 (NSGr 11) were imaged by Luftwaffe reconnaissance at Johvi Airfield on 26 May 1944.  According to the website Lexikon der Wehrmacht, the the unit was formed iat Johvi in December 1943 and operated from there through July 1944. The unit flew night harassment missions against Soviet positions around Narva, Estonia 45 km to the east. NSGr 11 was initially composed of two staffels equipped with Heinkel He 50 and Fokker CV.E biplanes.  A third staffel equipped with the Arado Ar 66  was formed in June 1944.