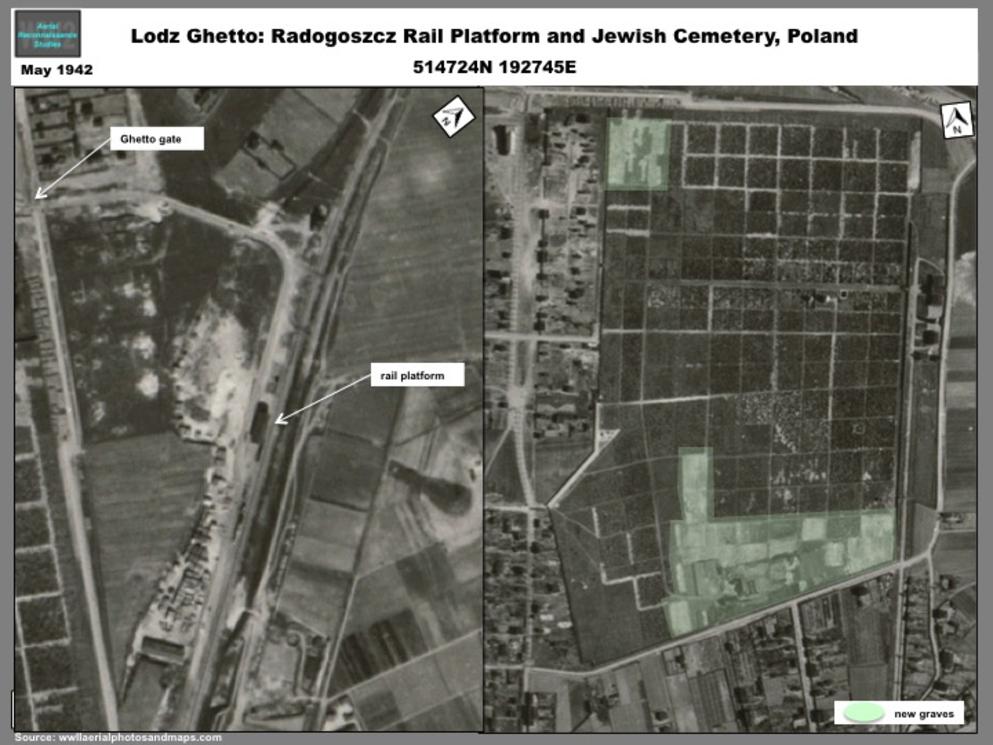 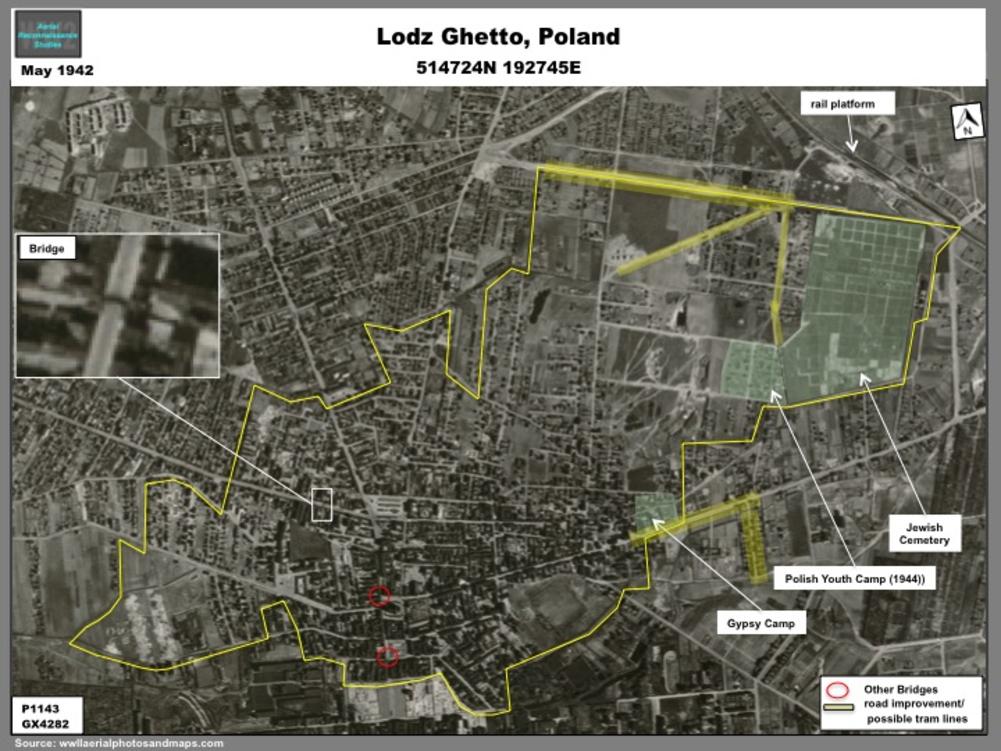 This image shows the Lodz Ghetto in May 1942 (Graphic 1).  Formed in 1939, it became an industrial center manufacturing war supplies for Nazi Germany. The ghetto was located in the northern section of Lodz. Three bridges provided passage over open thoroughfares in the western part of the ghetto.  A separate camp for Gypsies was created in 1941 and another for Polish youth was built in 1944.  The large Jewish cemetery in the Marysin District at the east end of the ghetto was expanded.  Evidence of new burials could be seen in May 1942 (Graphic 2).  A rail station --the Radogoszcz Platform-- near the cemetery was used for occasional “transports” to the nearby Chelmo death camp (Graphic 2).  Most of the transports took place in 1942.  Between 1941 and 1942 tramlines were built to facilitate the movement of materials from factories the ghetto to the station.  Road improvements in progress on several roads in the Marysin were likely related to the installation of tracks (Graphic 1).