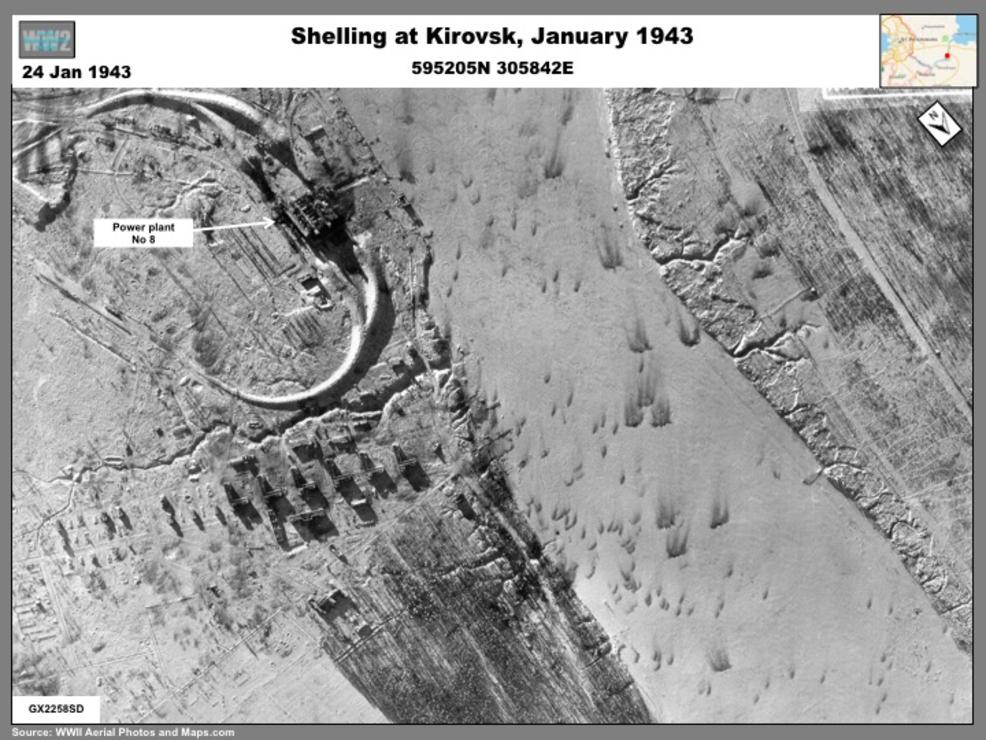 Evidence of recent artillery shelling, probably from German positions, was apparent at around the Kirovsk power plant and on the frozen Neva on 24 January 1943, near the end of Operation ISKRA 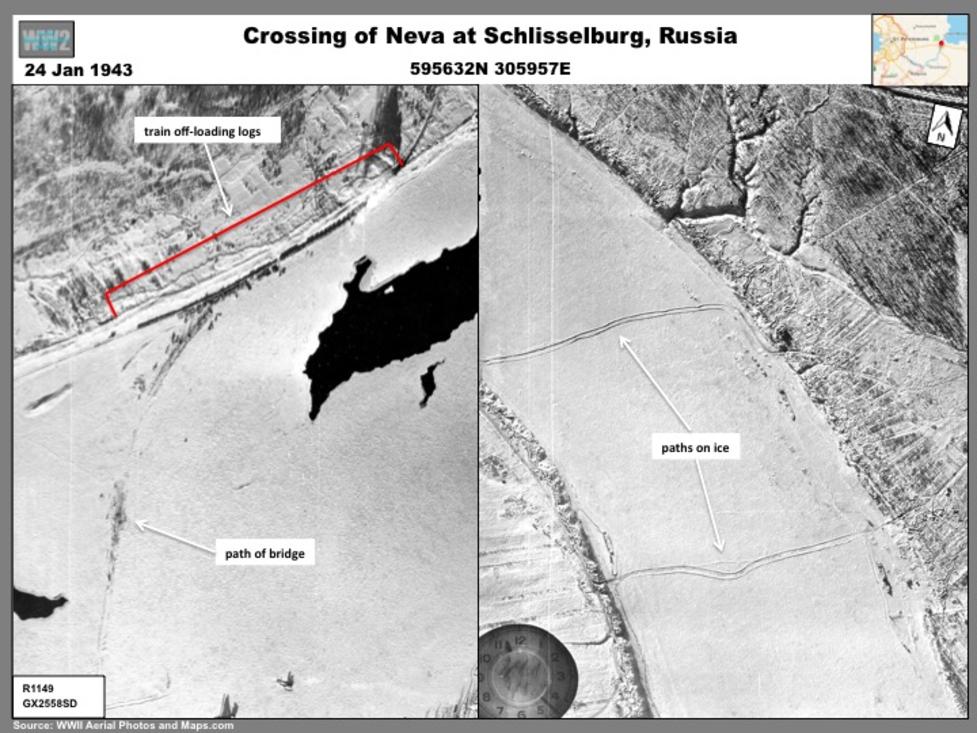 Operation ISKRA, conducted between 12 and 30 January 1943, was a coordinated attack by the Leningrad Front in the West and the Volkhov Front in east to end the Siege of Leningrad by opening a land corridor through Schliesselburg. Prior to the operation, the Soviets re-established a small bridgehead on the east bank of the Neva at the Nevsky Pyatachok by 26 September 1942. The area was also held by the Red Army between September 1941 and April 1942. 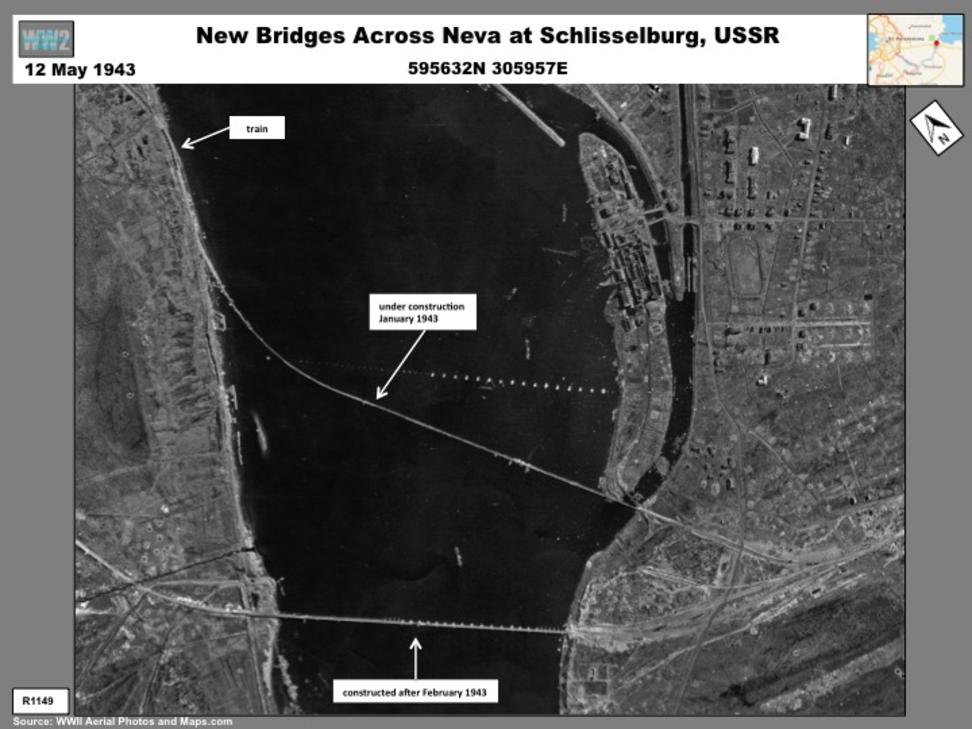 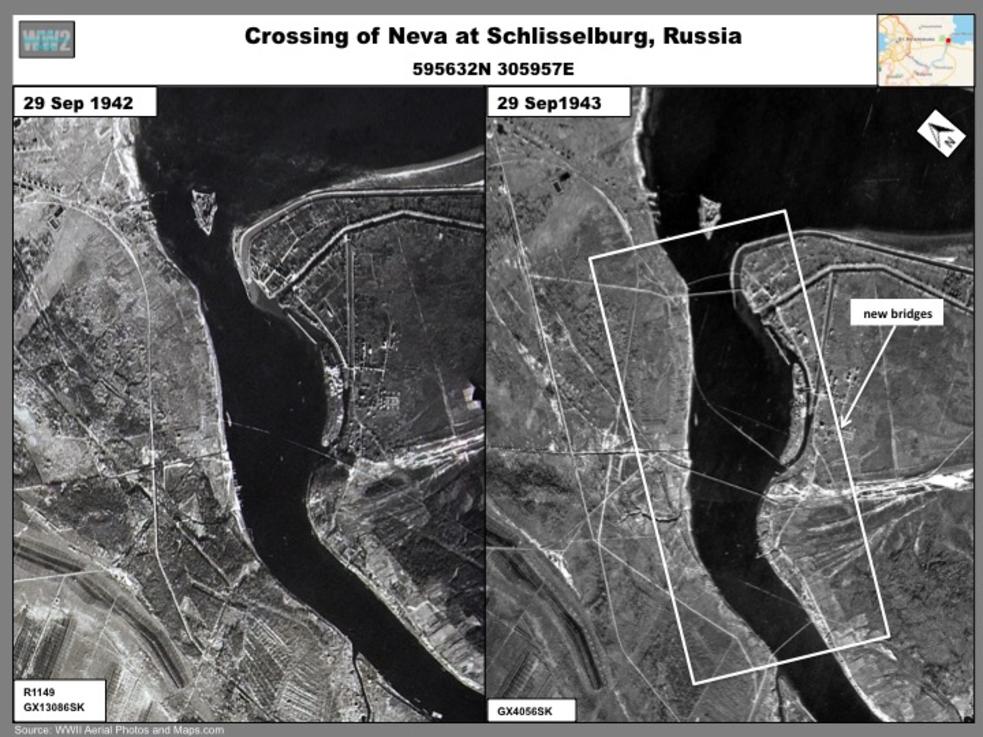 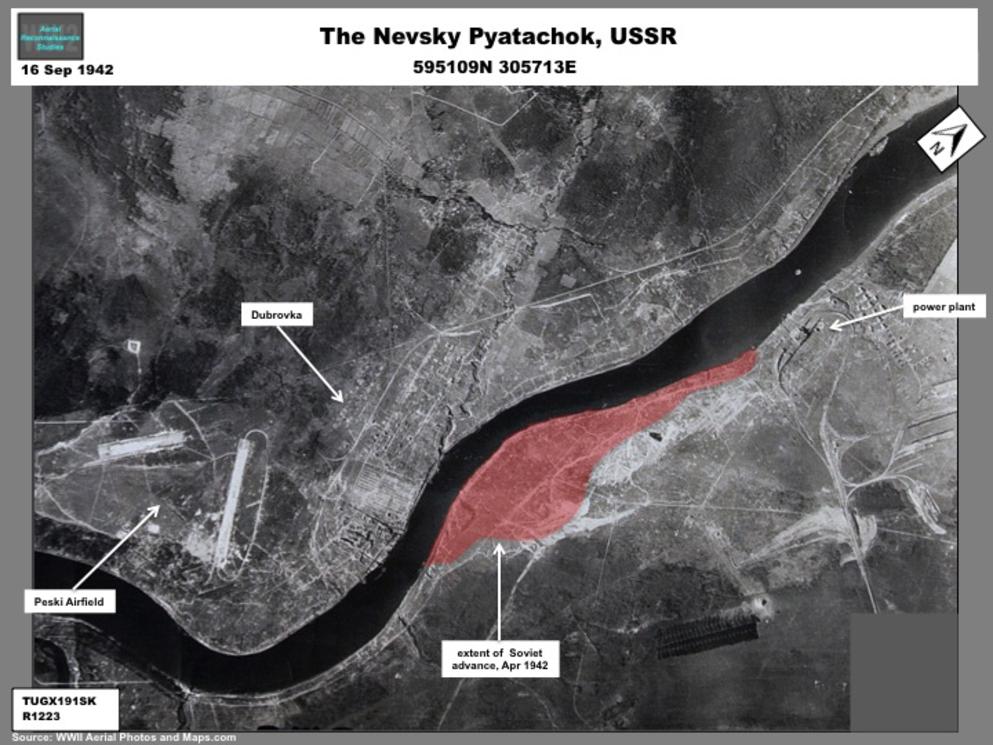 Schliesselburg, on the east-west rail line to Leningrad was a main focus of ISKRA.  Five bridges, including two rail bridges, were quiclky constructed across the Neva as soon as the operation was concluded (Graphic 1).  By 24 January a train was already offloading logs for the first rail bridge, which had already been sketched on the ice across the frozen river (Graphic 2); the second rail bridge was constructed between February and May (Graphic 3)

The panorama of the Nevsky Pyatachok below was taken on 16 September 1942, just before the successful attempt to regain a foothold on the East Bank of the Neva. The large power plant at Kirovsk at the north end of the area was a key German defensive position. 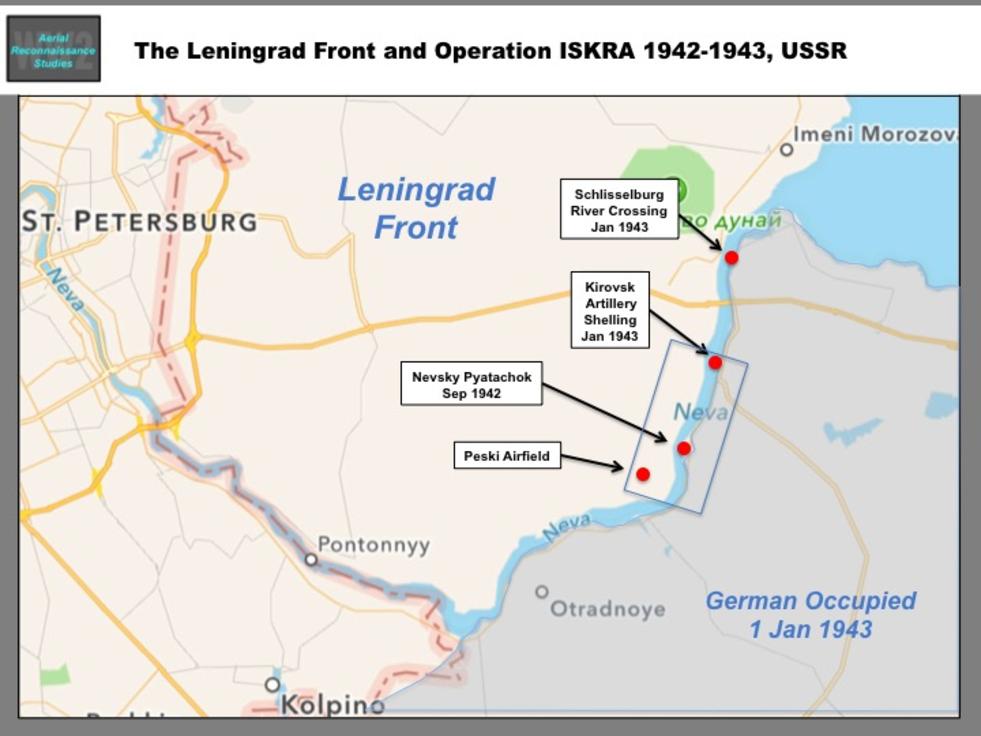