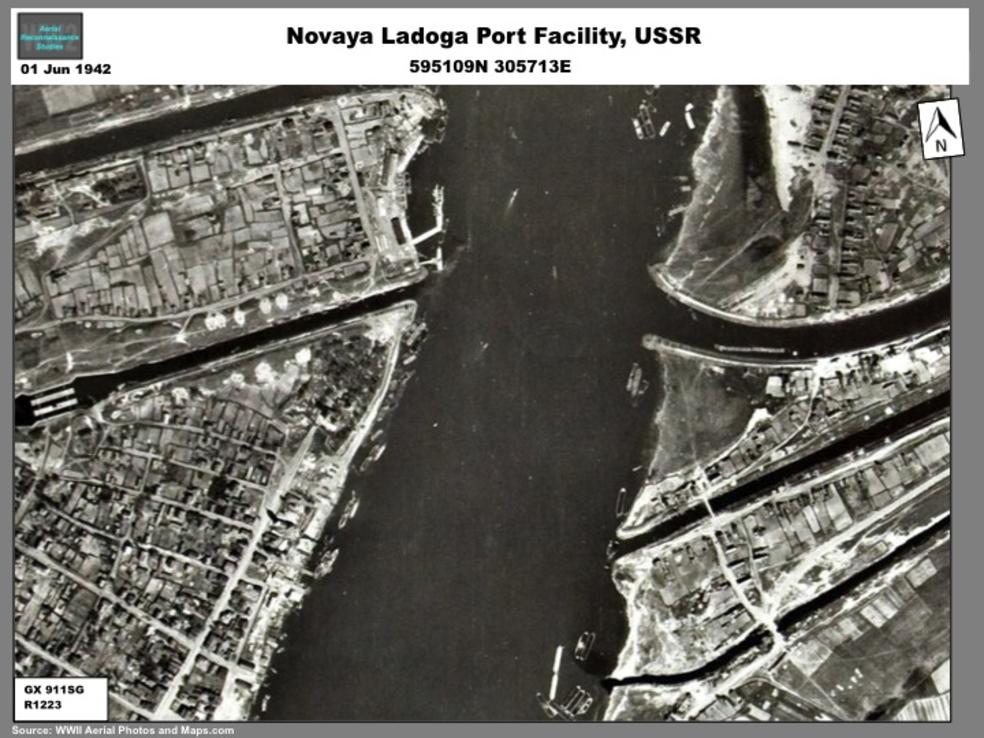 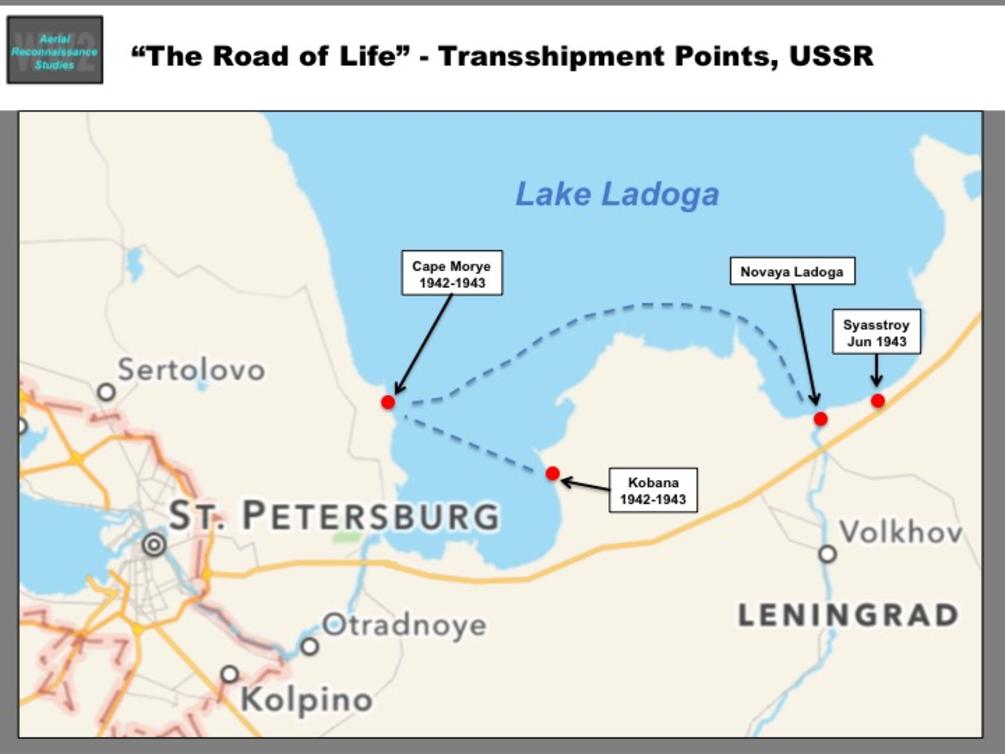 Leningrad was kept supplied by the “Road of Life” over Lake Ladoga. Transshipment facilities were established at Kobana and Cape Morye, on the eastern and western shores of the lake respectively. The facilities became major complexes that included storage areas, rail-served piers, a rail ferry, and POL (petroleum, oil, lubricants) storage areas (Graphics 1 - 4). Transshipment activity was in progress at Kabona on 17 August 1942, when trucks could be seen near trains at rail-served piers (Graphic 4). Note the occupied AAA site. Similar facilities were located at Cape Morye (Graphic 5).  Another key supply facility was the town of Novaya Ladoga on the Volkhov River, which had access to Kabona by road, rail and canal. (Graphic 6 - 8) The towns two airfield were an important air like to Leningrad. Novaya Ladoga was also connected to another staging port at Sasstroy (Graphic 9). 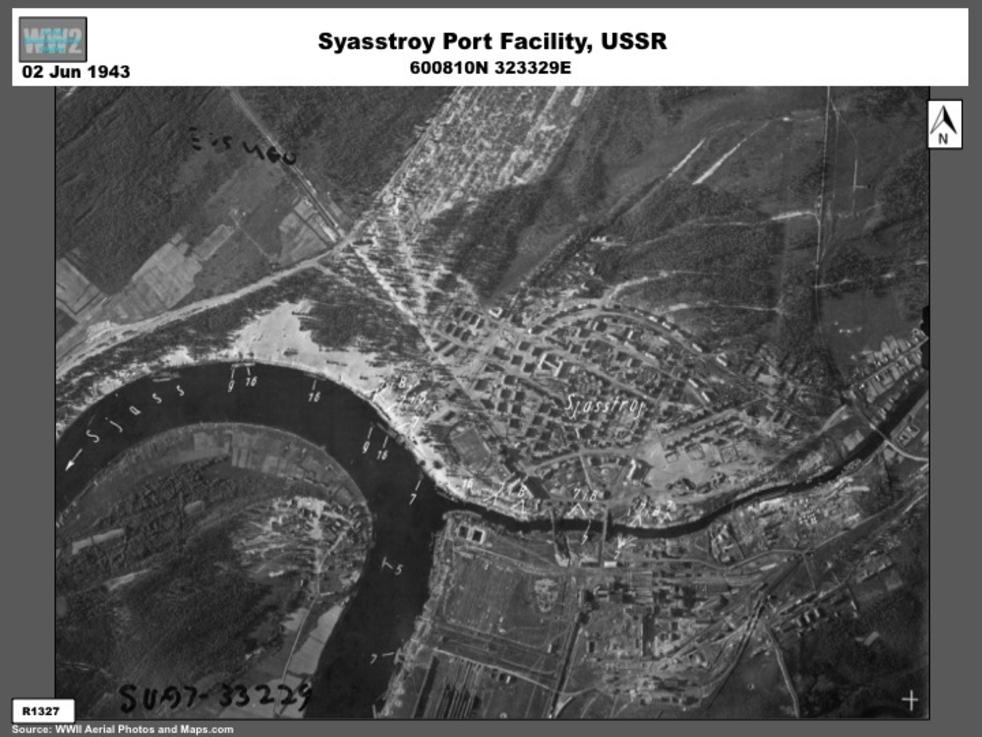 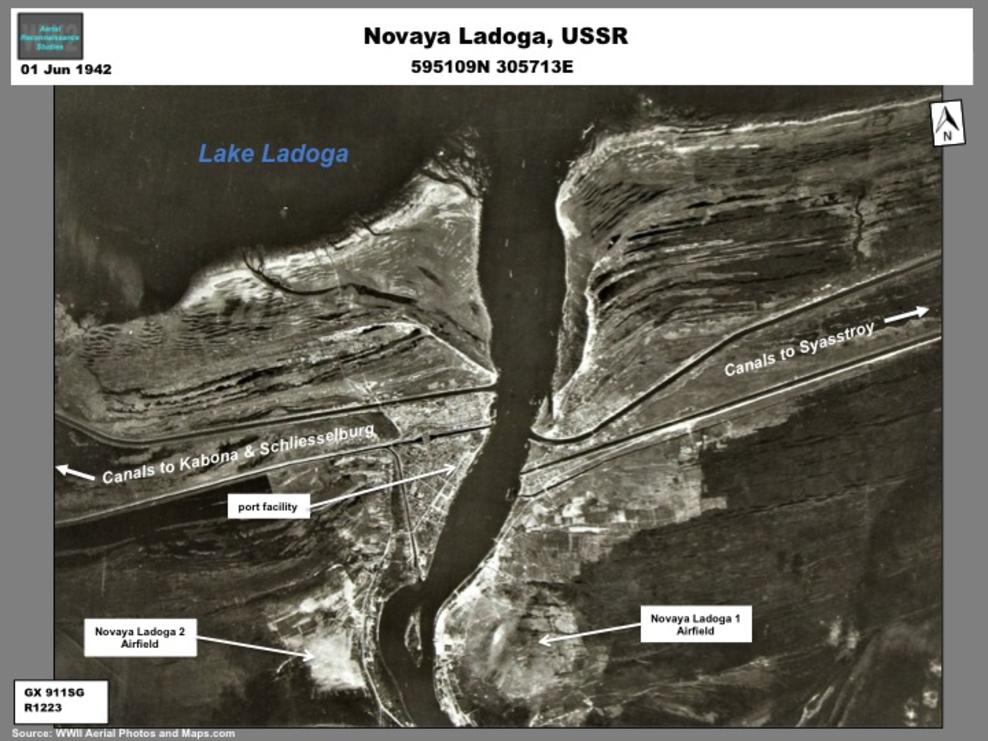 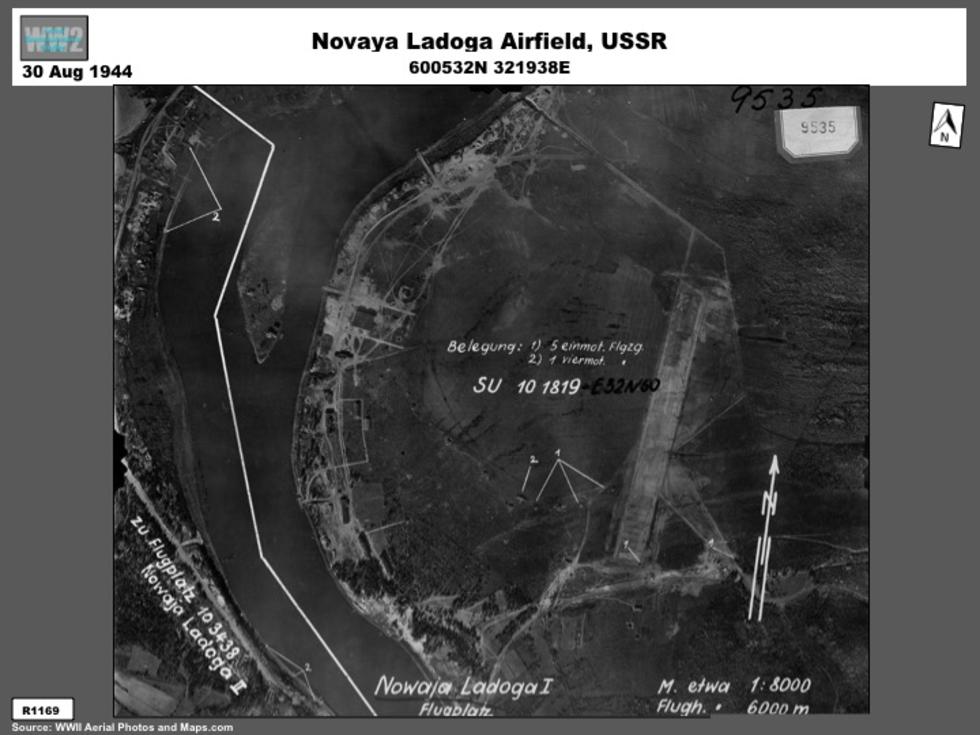 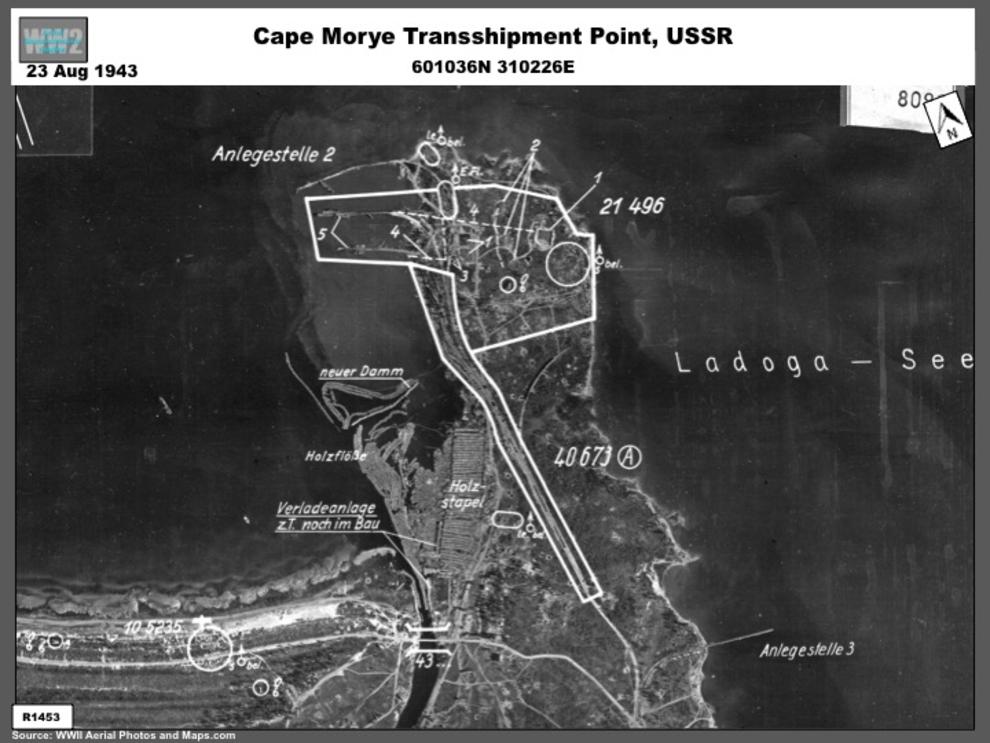 Siege of Leningrad (Part 4): "The Road of Life" 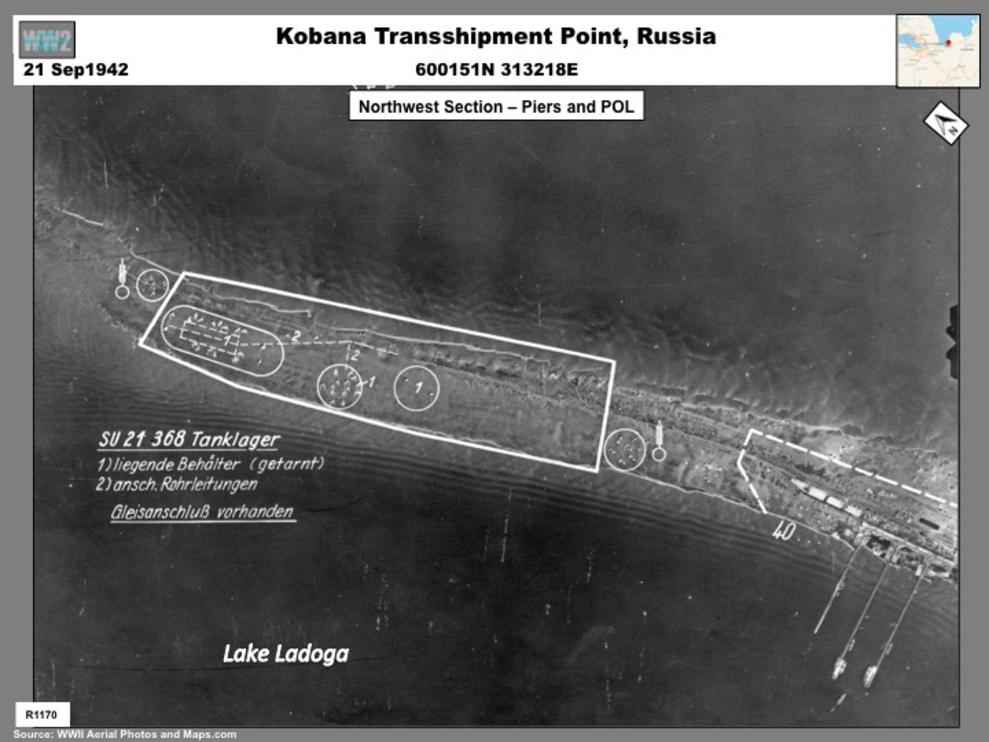 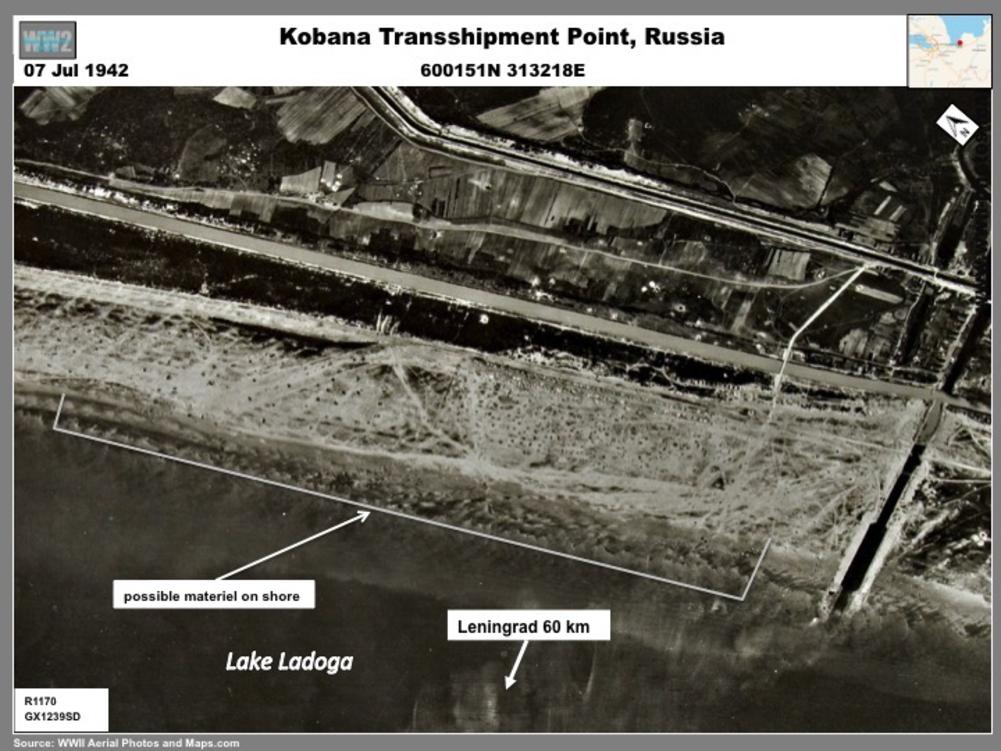 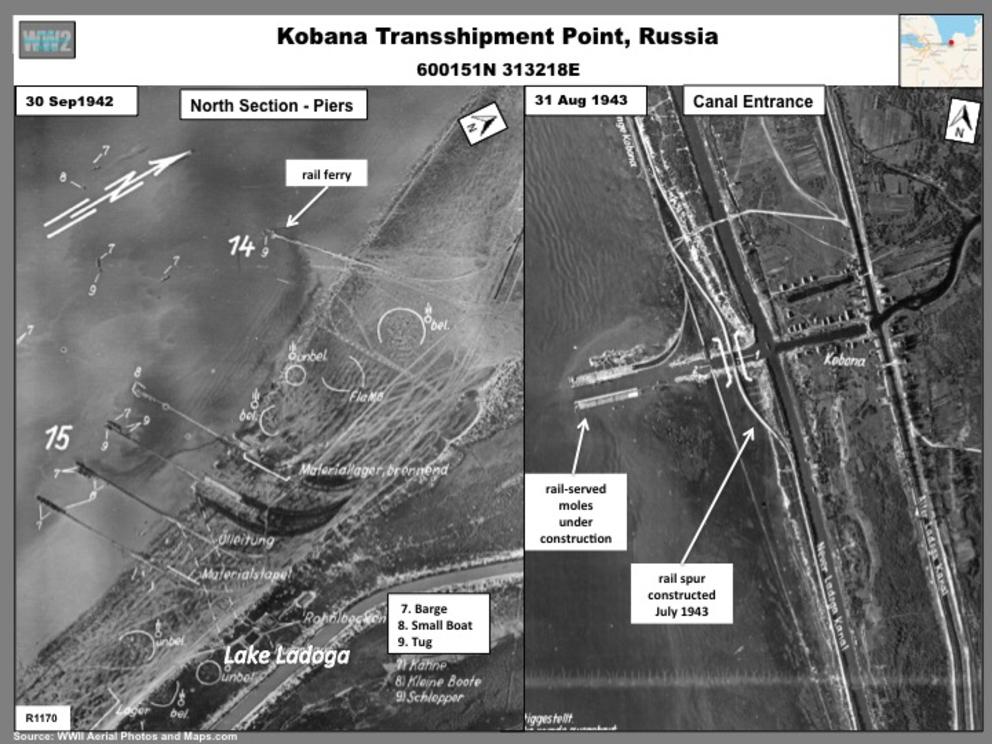 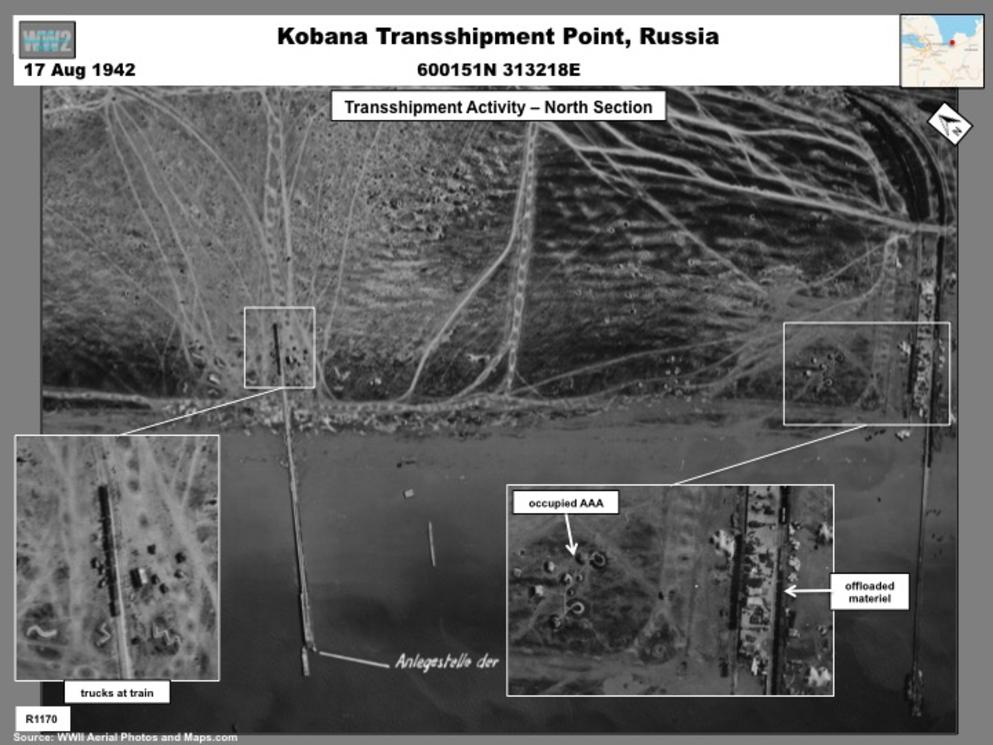