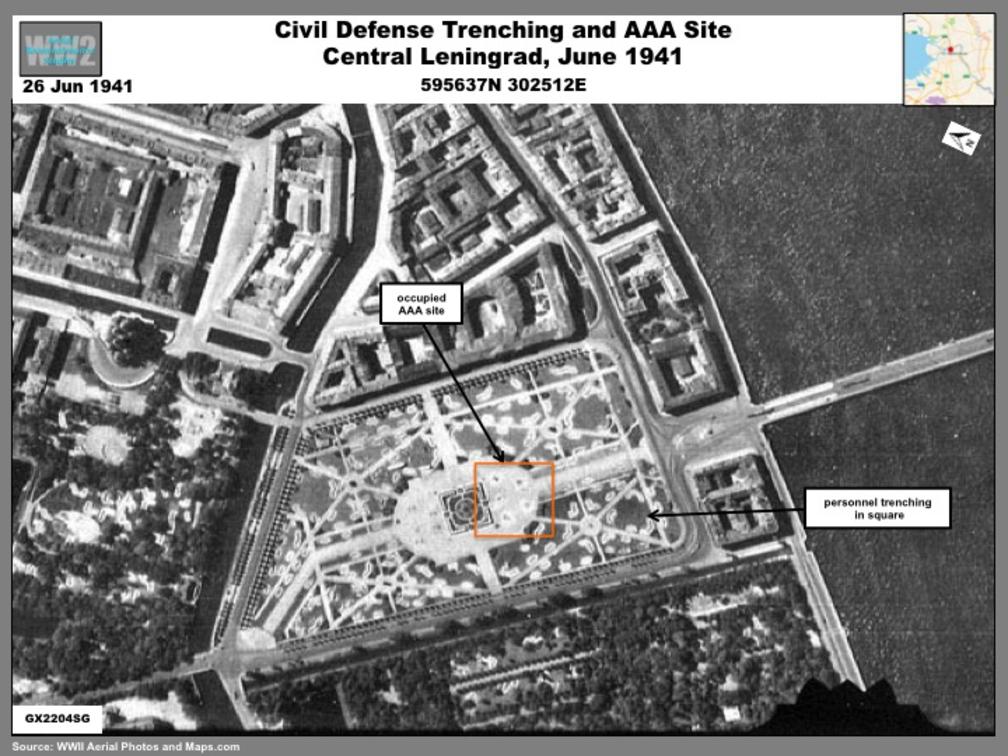 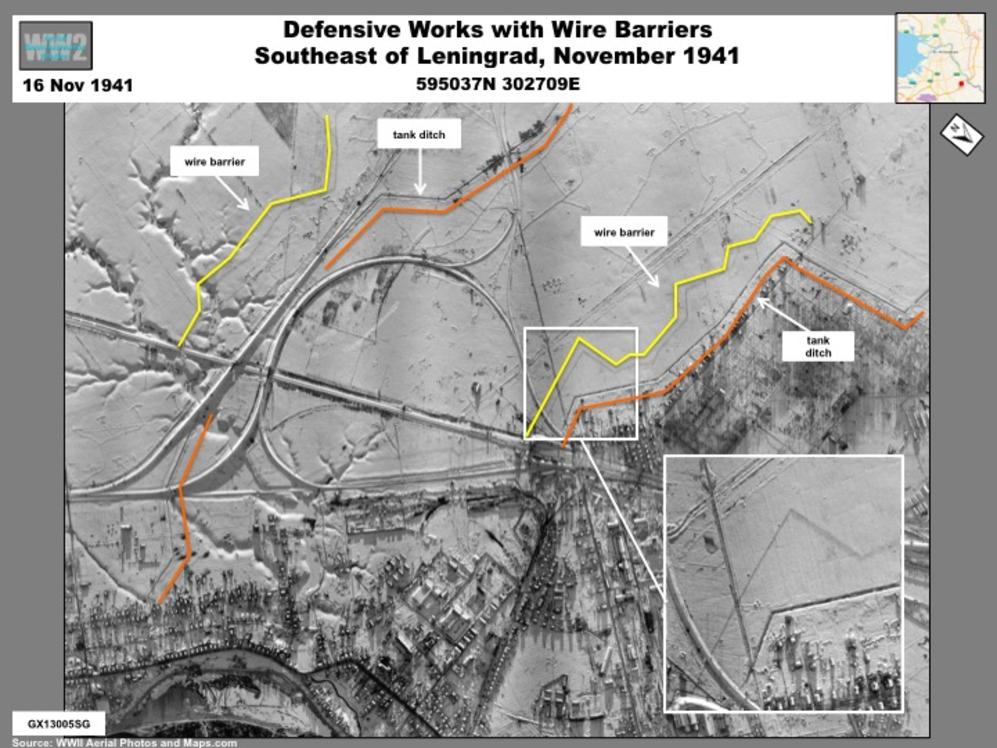 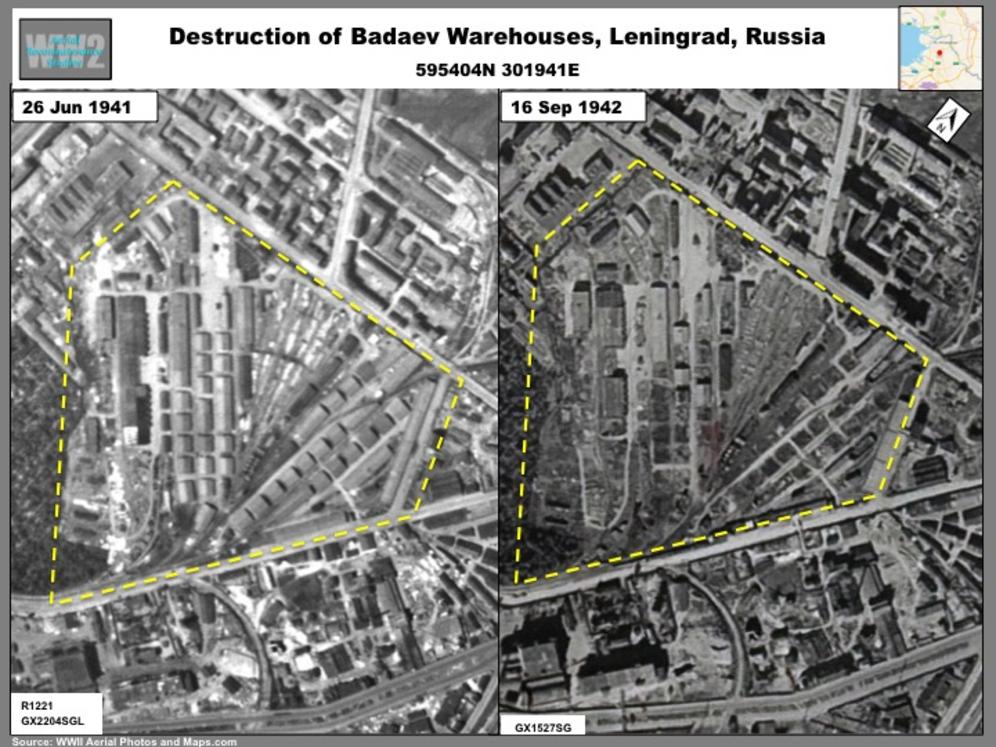 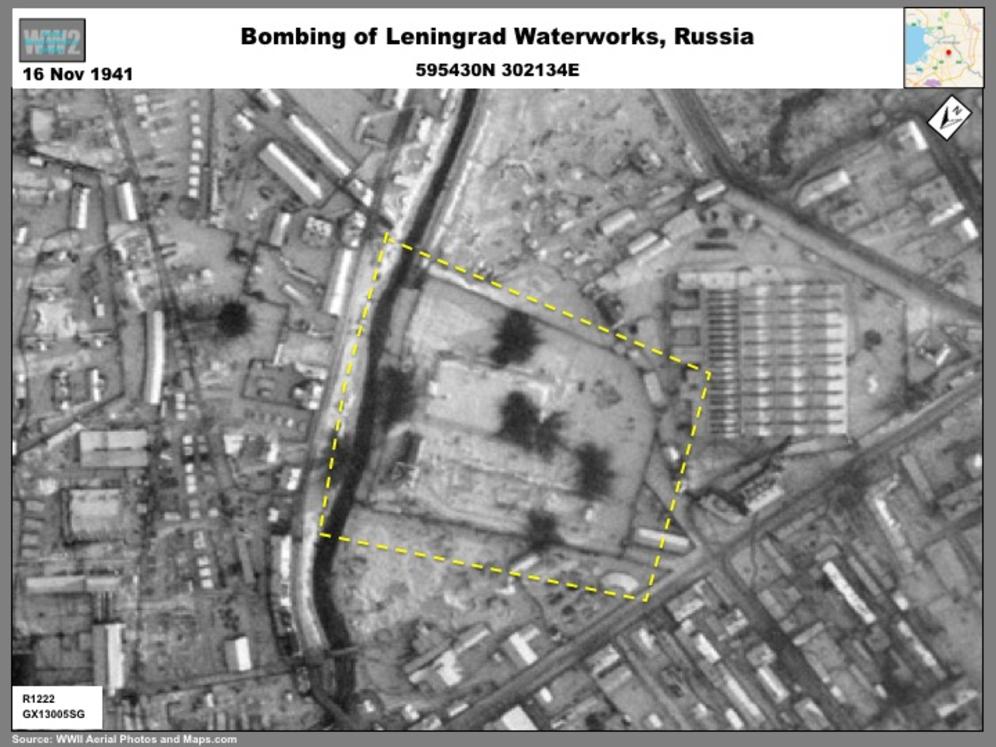 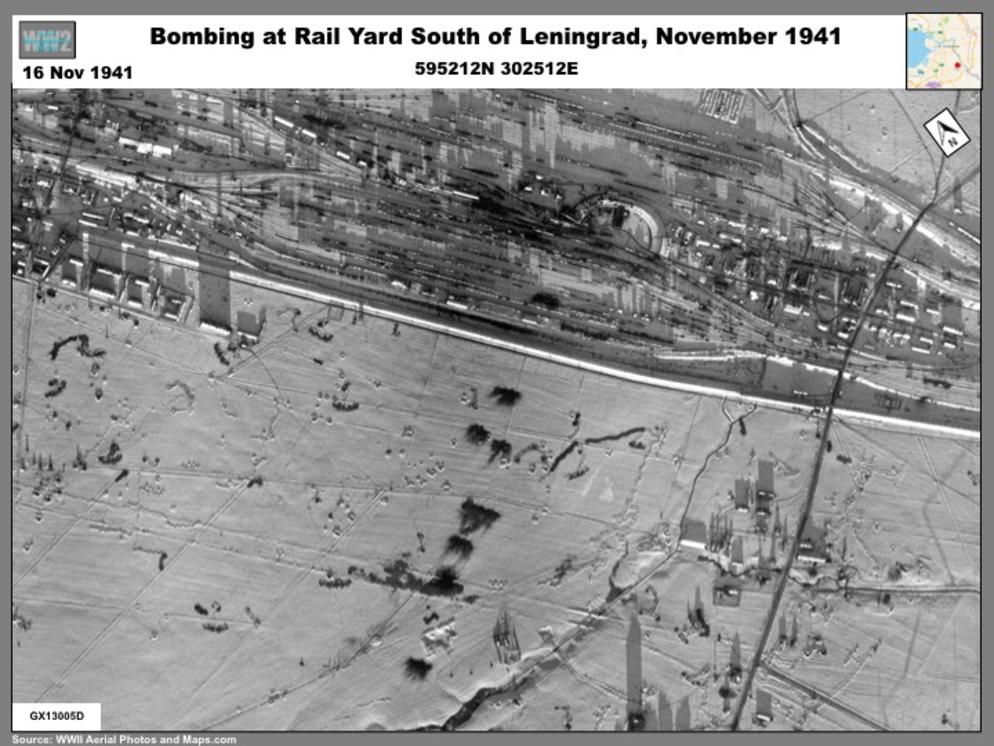 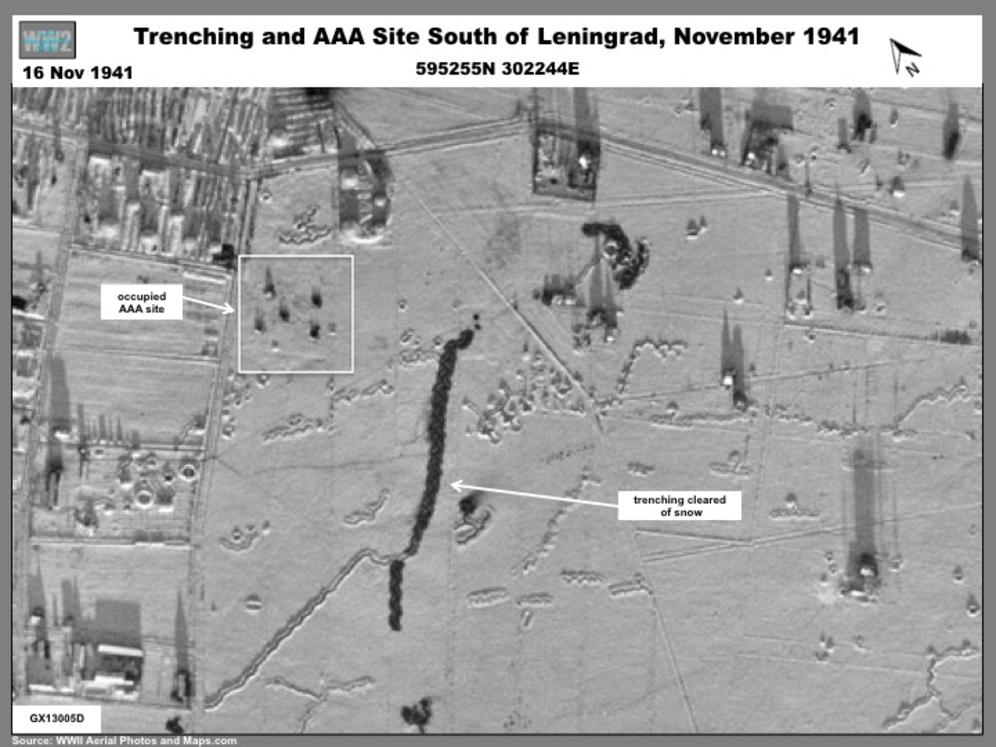 This set of images offers a selective view of defenses in and near Leningrad early in the Siege as well as evidence of the German bombing campaign.  Anti-aircraft sites and barrage balloons were deployed in and around the city (Graphics 1 and 2)  On the ground, the city was defended by a multi-layer defensive system consiting of tank trenches, personnel trenches, wire barriers, minefields (Graphics 3 - 5).  Construction of the defensive lines began before the siege and continued afterwards  (Graphic 5).  Ground force units continued probable training with armored vehicles (Graphic 6) in the vicinity of the Leningrad communist carty headquarters.  The Luftwaffe began bombing the city on 8 September.  Among the first targets were the Badaev Warehouses, one of the city's main food storage complexes (Graphic 7).  Photography of 16 November revealed attacks on city infrastructure continued with a successful attack on the waterworks and one not so successful one on a railyard (Graphic 8  and 9) 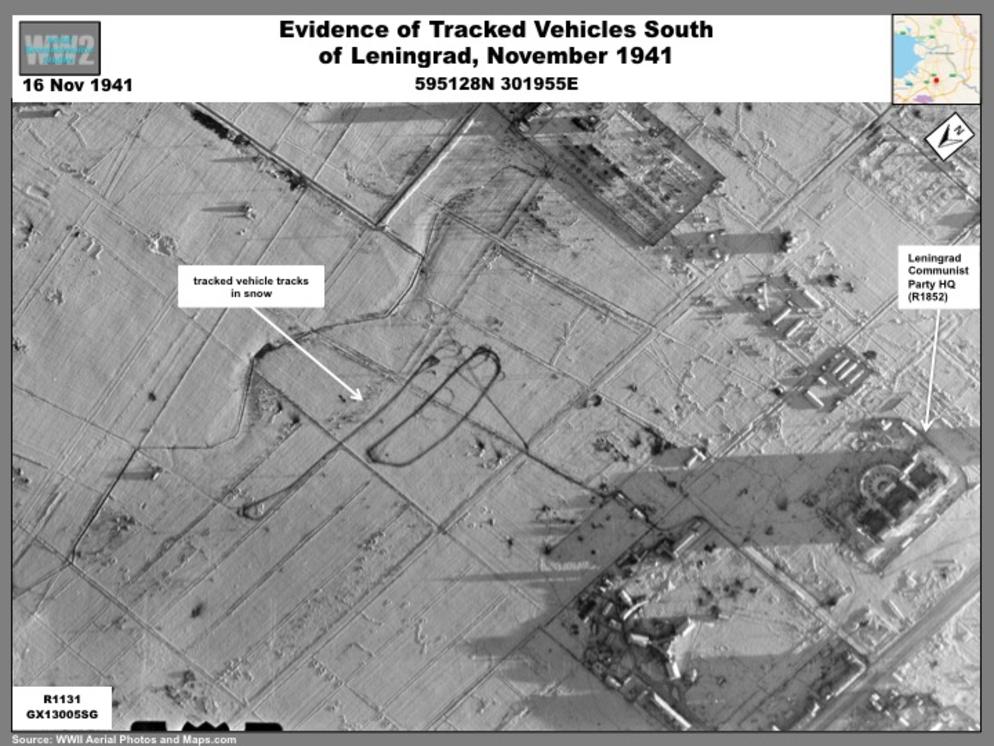 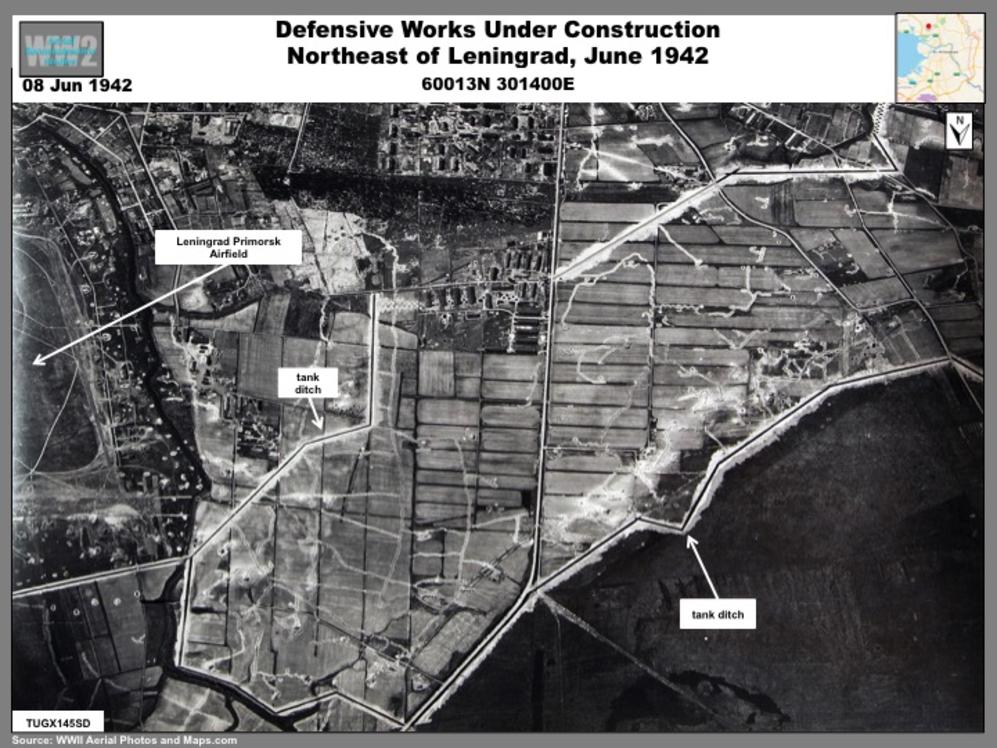