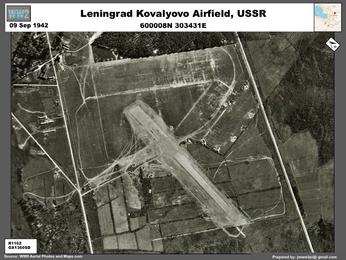 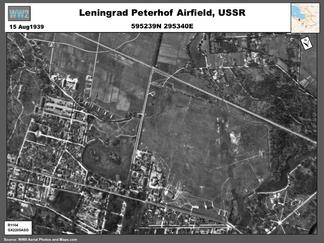 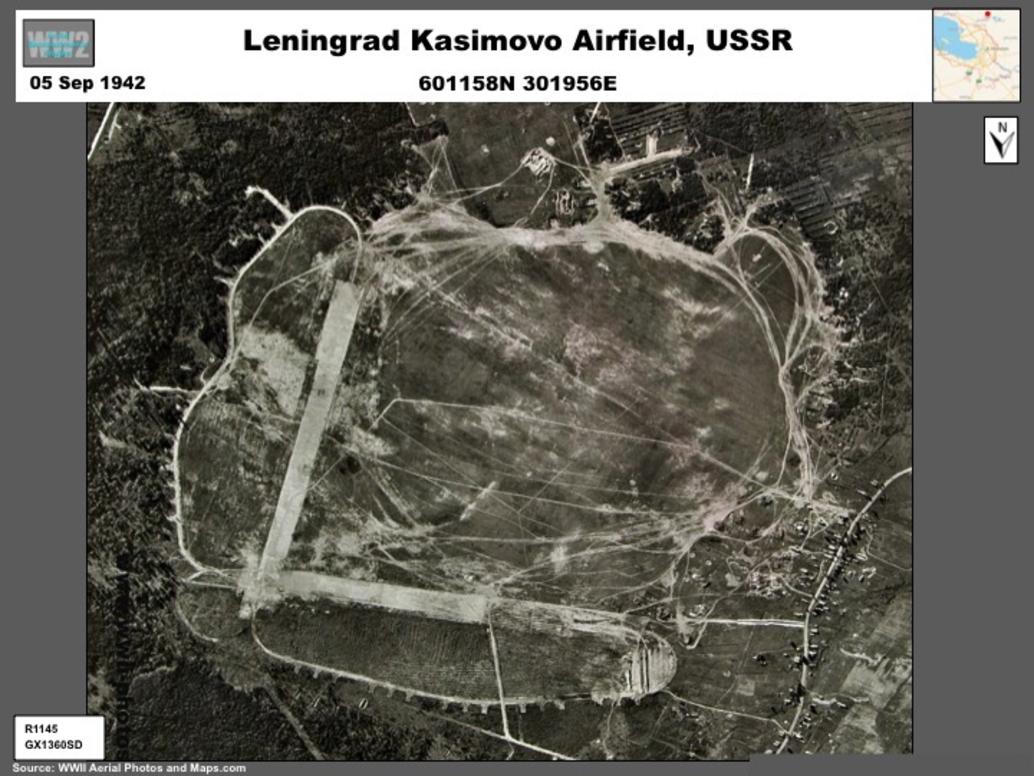 Depicted here are 26 airfields in the vicinity of Leningrad through at least 1942.  The names in most cases are based on location. 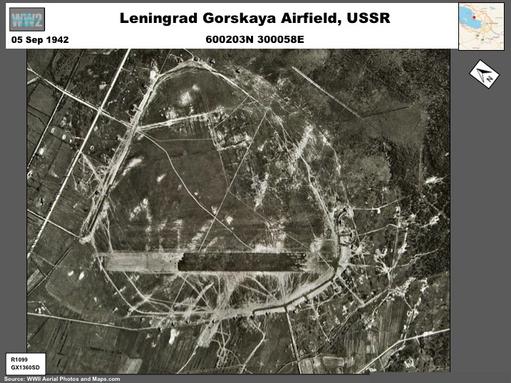 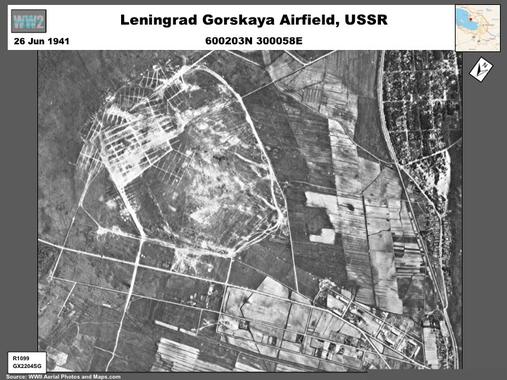 The following are other tactical airfields in the Leningrad Area. 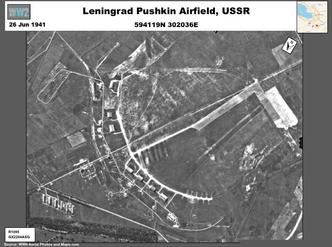 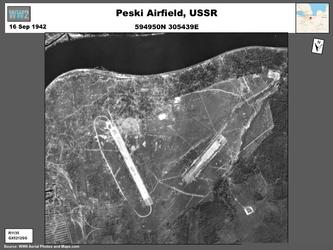 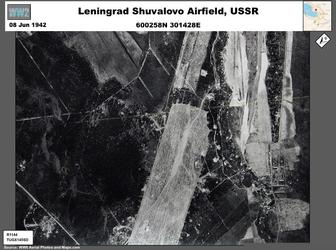 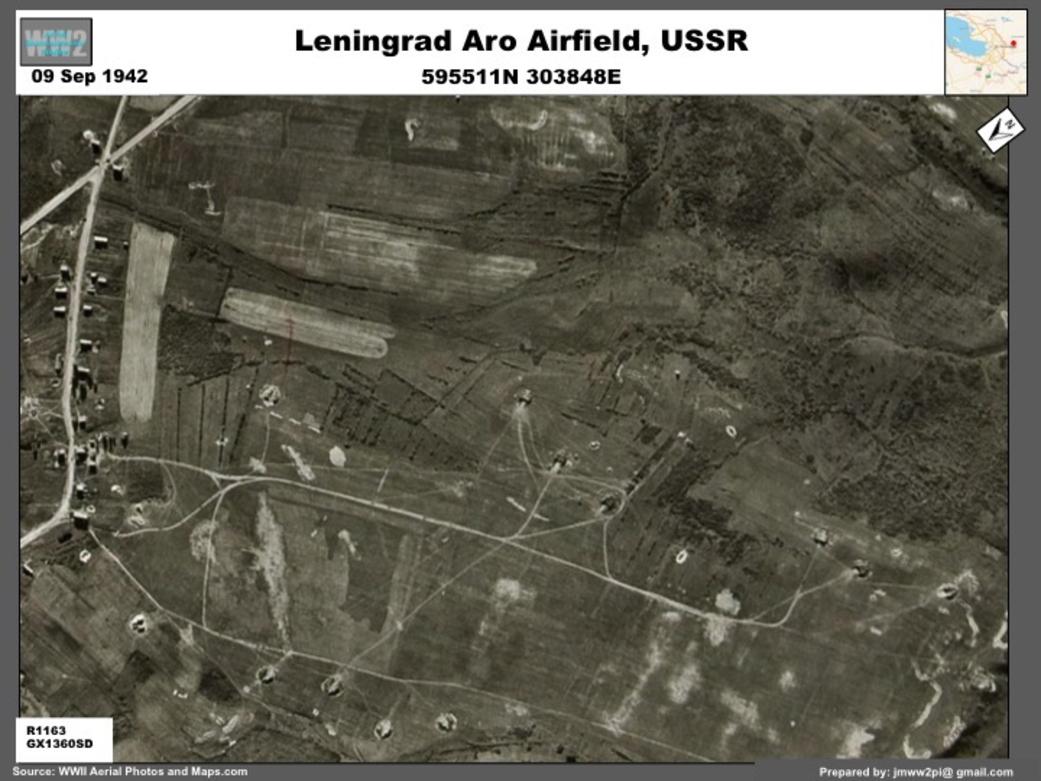 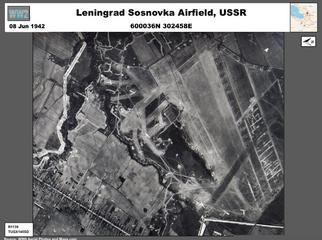 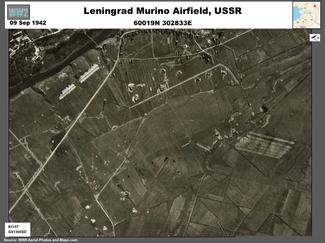 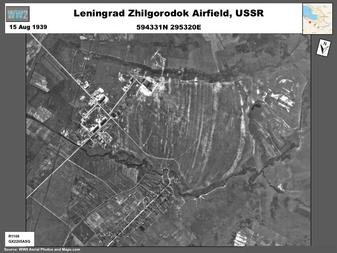 Changes at Gorbunki (below) west of Leningrad  between 1939 and 1942 reflect a pre-war, country-wide program to construct modern hard surface runways for the Soviet Air Force. Usually these were at existing fields. 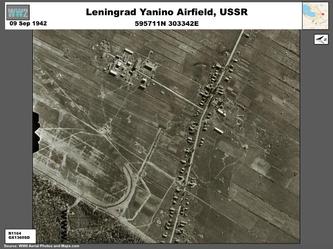 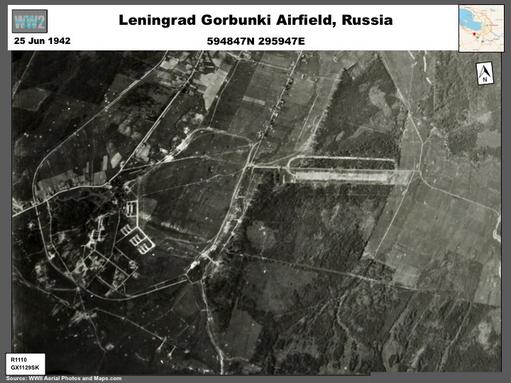 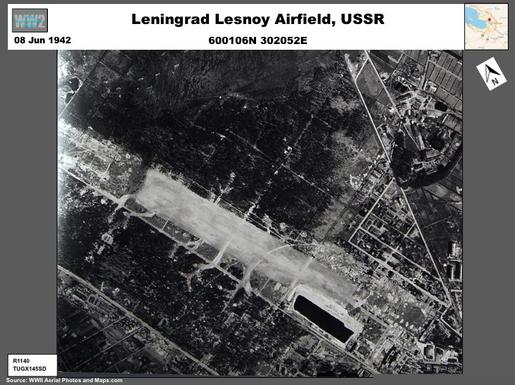 Leningrad Aro ("Koltushi," below) is an example of an improvised tactical grass airfield with dispersed parking revetments. Some of the revetments were covered. 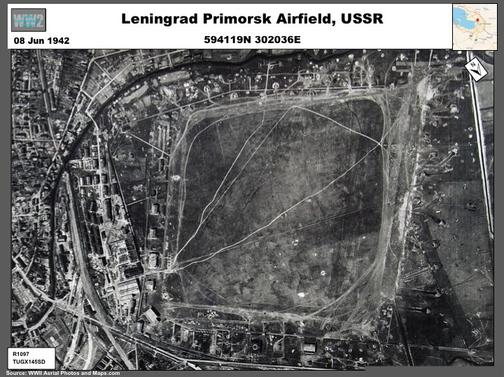 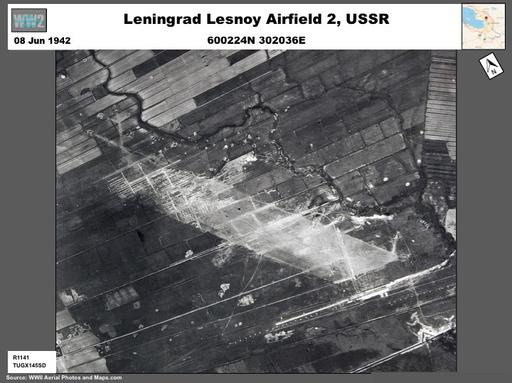 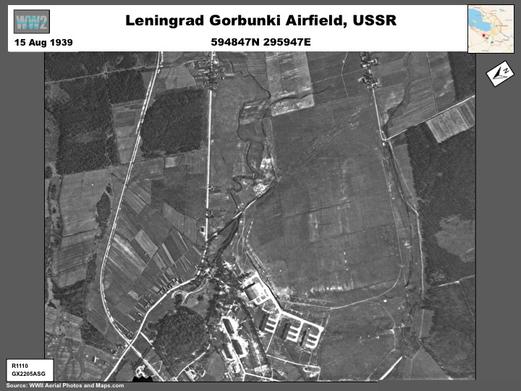 Kasimovo Airfield north of Leningrad is a representative example of Soviet airfield upgrades in the pre-war period. Note the extensive dispersal parking around the field. 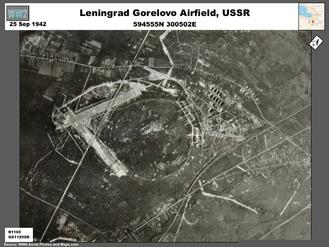 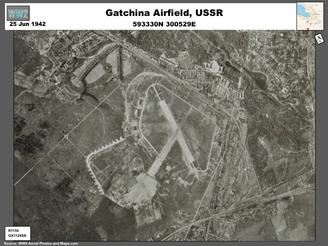 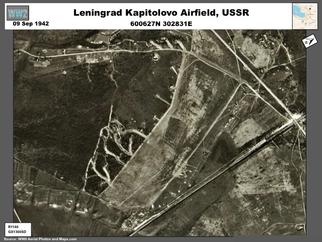 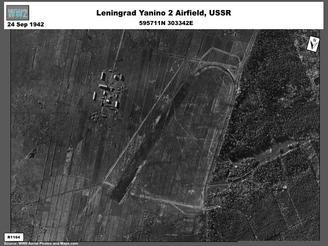 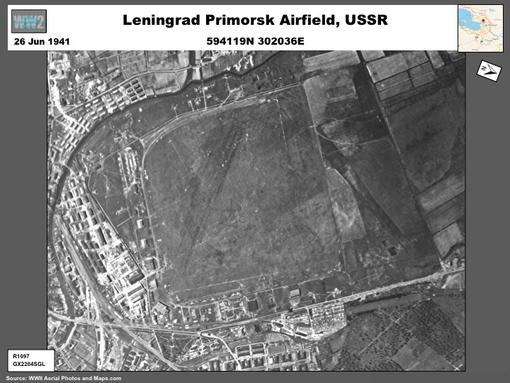 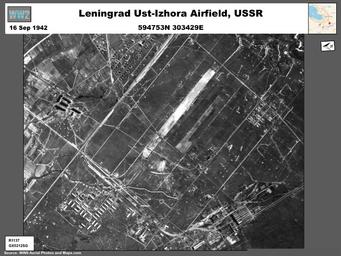 The following were upgrade airfields in the Leningrad area.

Airfield construction and improvement continued near Leningrad during the siege. A new runway and parking facilities were constructed at Gorskaya airfield (above) north-northwest of the city between June 1941 September 1942.  Many landing strips were hastily constructed around the city.  Most, like the one at Lesnoy (below) in the northeast suburbs were of graded earth; some were provided with alternate strips. The alternate for Lesnoy (Lesnoy 2) was probably a dummy site. 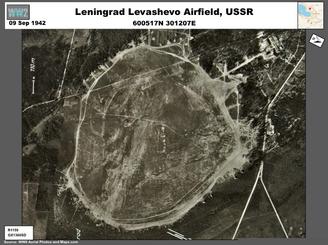 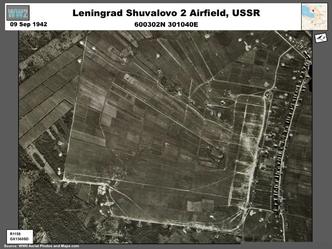 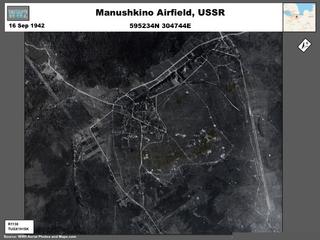 ​Primorsk (below), at the north side of Leningrad, was the city's main airport.  Between 1941 and 1942 revetted parking positions had been constructed around the grass landing area. 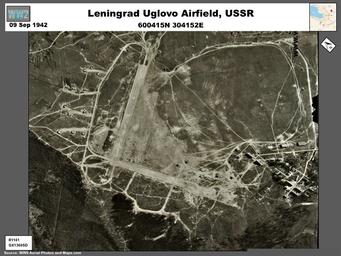