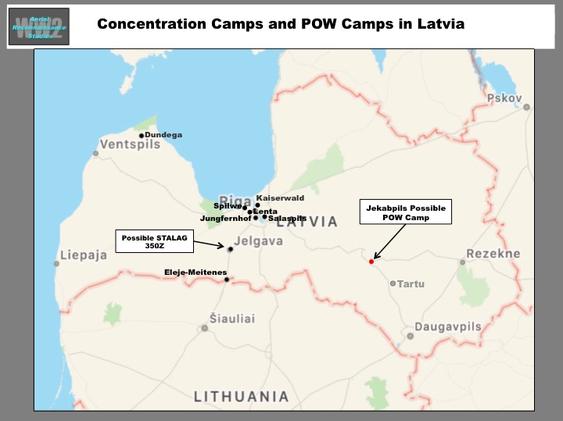 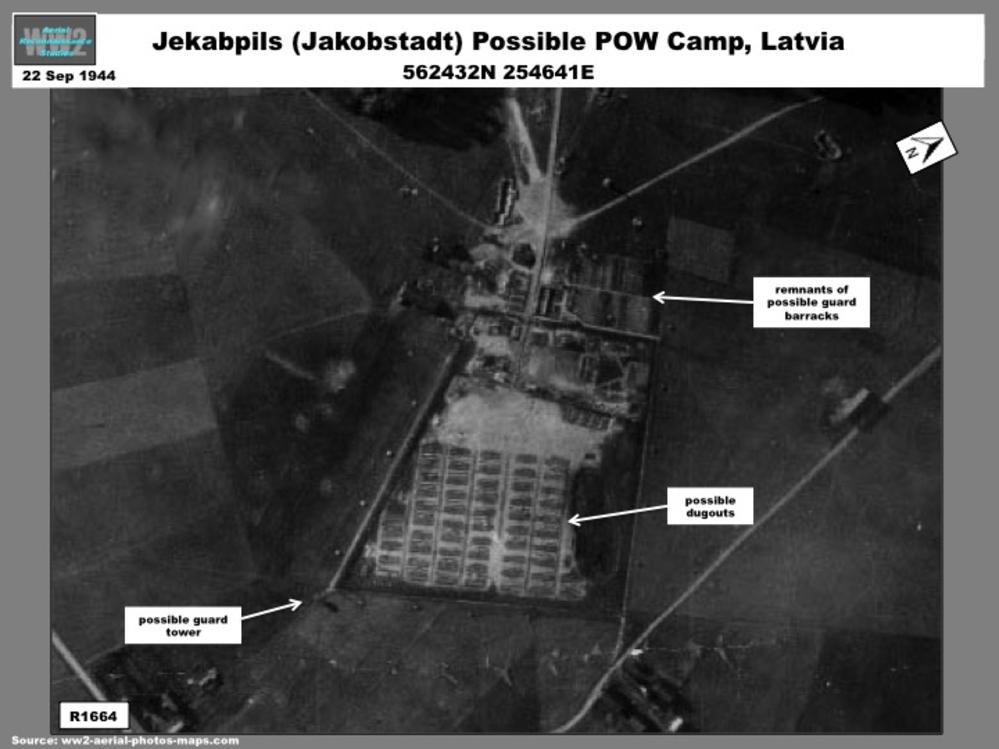 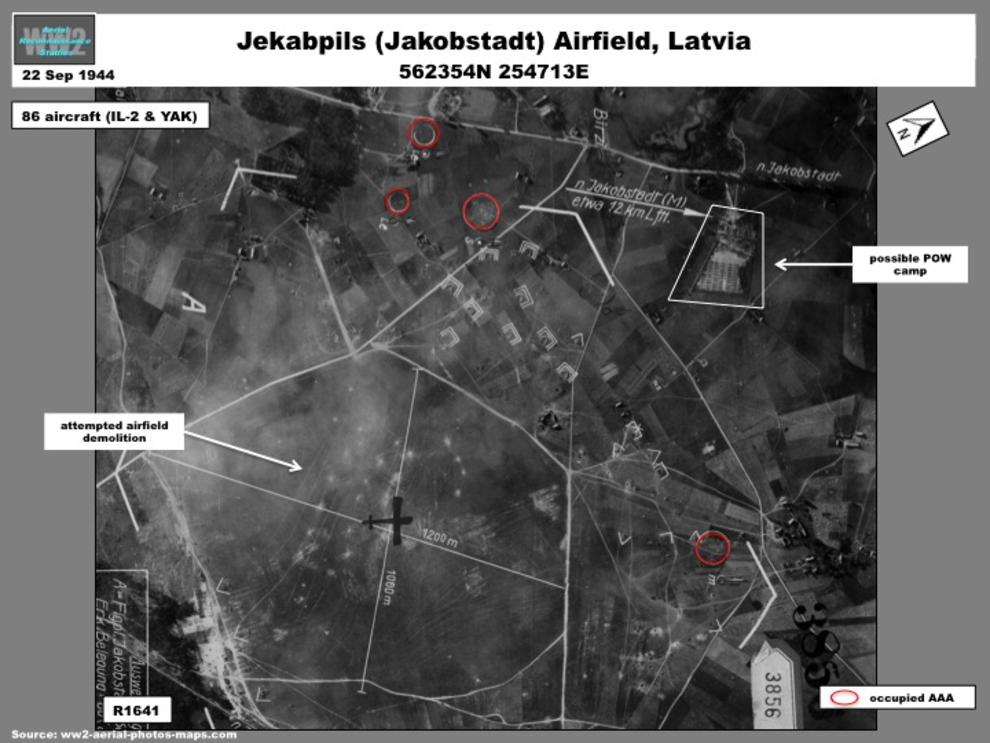 The Soviets had occupied Jakobstadt Airfield by 22 September 1944.  Despite an attempted demolition of the field by the Wehrmacht, 86 Soviet aircraft were present; parking revetments had also been constructed and the field was defended by several anti-aircraft (AAA) sites.

Analysis of Luftwaffe imagery revealed a possible POW or labor camp south of Jekabpils (Jakobstadt) in eastern Latvia (Graphic 1).  By September 1944 the camp, located near a former Luftwaffe Airfield (Graphic 2), had been abandoned. The fence-secured camp consisted of about 55 possible dugout barracks or foundations, an assembly area and a separate dismantled possible guards barracks.  A single possible guard tower at the southeast end of the camp provided a good overall view of the prison area.  Several prepared bomb shelters had been excavated outside the camp entrance.  Jekabpils is the second possible POW camp identified in Latvia, another at Jelgava --possibly STALAG 350Z-- is covered in another article.​​