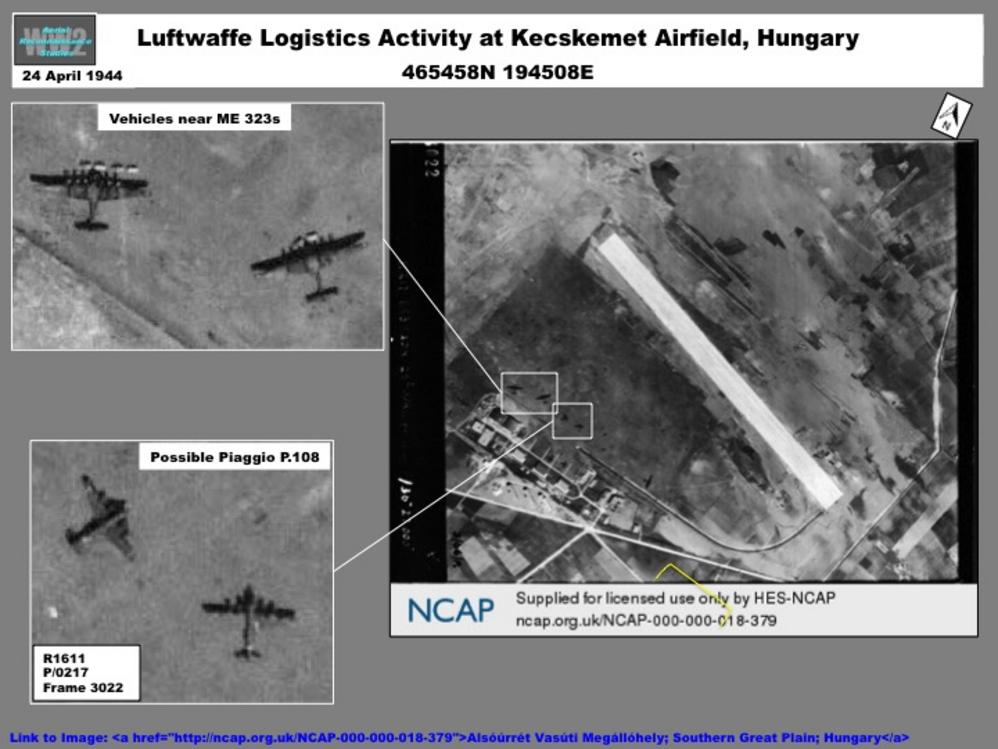 On 24 April 1944 two ME 323 transports were being loaded or unloaded at Kecskemet Airfield, 90 km southeast of Budapest.  Several vehicles were parked near the nose entrances of each aircraft (Graphic).  According to the website Luftwaffe Airfields 1939-1945, the aircraft probably belonged to Transportgeschwader I./TG 5, which operated out of Kecskemet between April and August 1944. Kecskemet functioned as a transit base for flights to the Balkans; the airfield had recently been upgraded with a concrete runway.