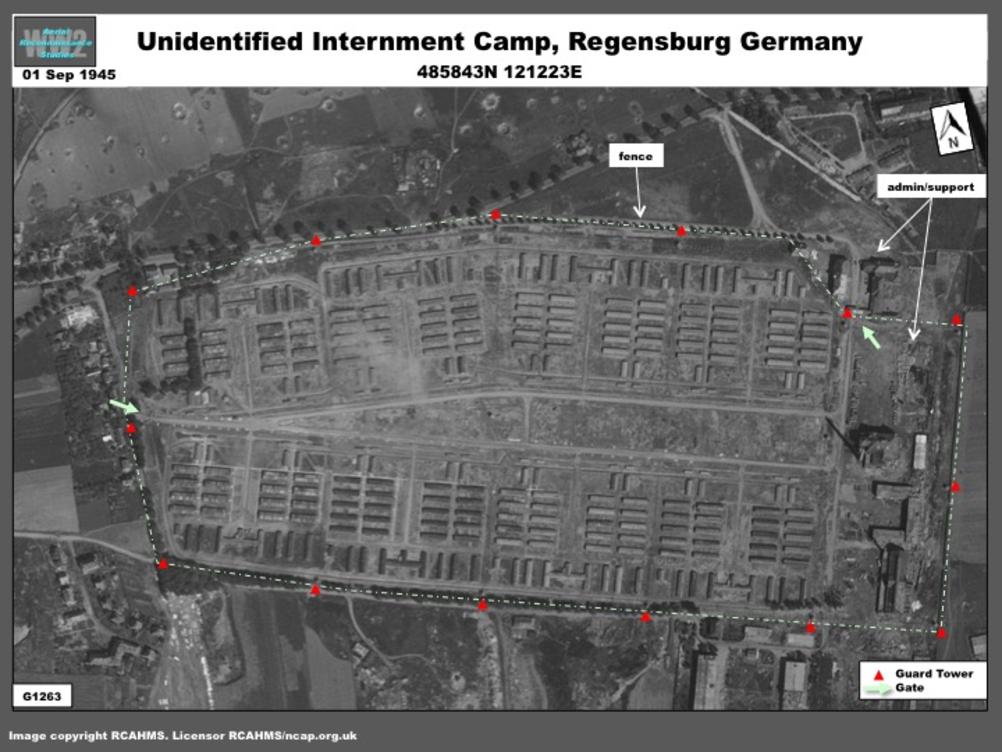 The barracks and most of the support facility were enclosed by a double fence with 14 guard towers around the perimeter.  Entrances included themain gate in the headquarters/support area and another at the west side access road.

A previous version of this article mistook a probable internment camp at Regensburg, Germany for a Displaced Persons (DP) camp run  by the United Nations Relief and Rehabilitation Agency (UNRRA).  Between 1945 and 1949 the DP camp, in the Ganghofersiedlung section (Map) of the city held about 6000 displaced persons, mostly Ukrainians.  Ganghofersiedlung was originally built for workers at the nearby Messerschmitt factory.

When the camp was imaged in September 1945, it had only recently been finished and was probably not yet occupied.  Except for a number of vehilcles in the support area and two others on the southwest section, virtually no activity was observed.  Walkways between buildings in the two southwest sections suggested they were being prepared for occupation. (Graphic 2).  Possible building materials were stacked in an open area southwest of the camp.

United States Army Map Service coverage of 2 August 1953 showed most of the camp had been dismantled (Graphic 3).  Only the two westernmost barracks areas were still intact, and several two-story buildings had been built there in the interim since 1945.​ 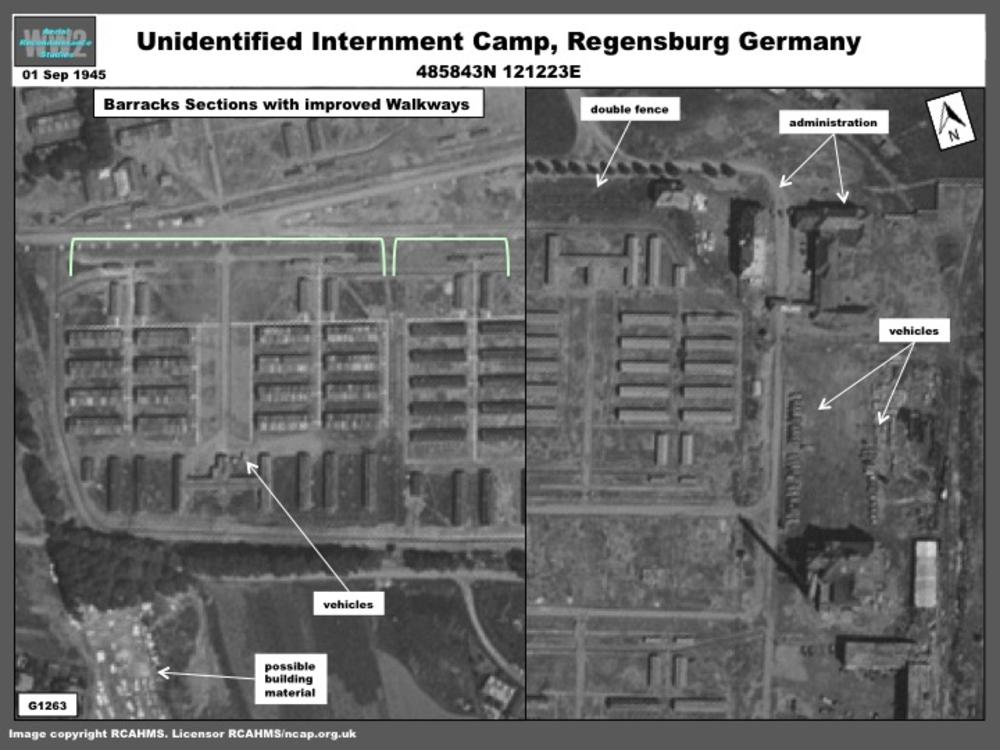 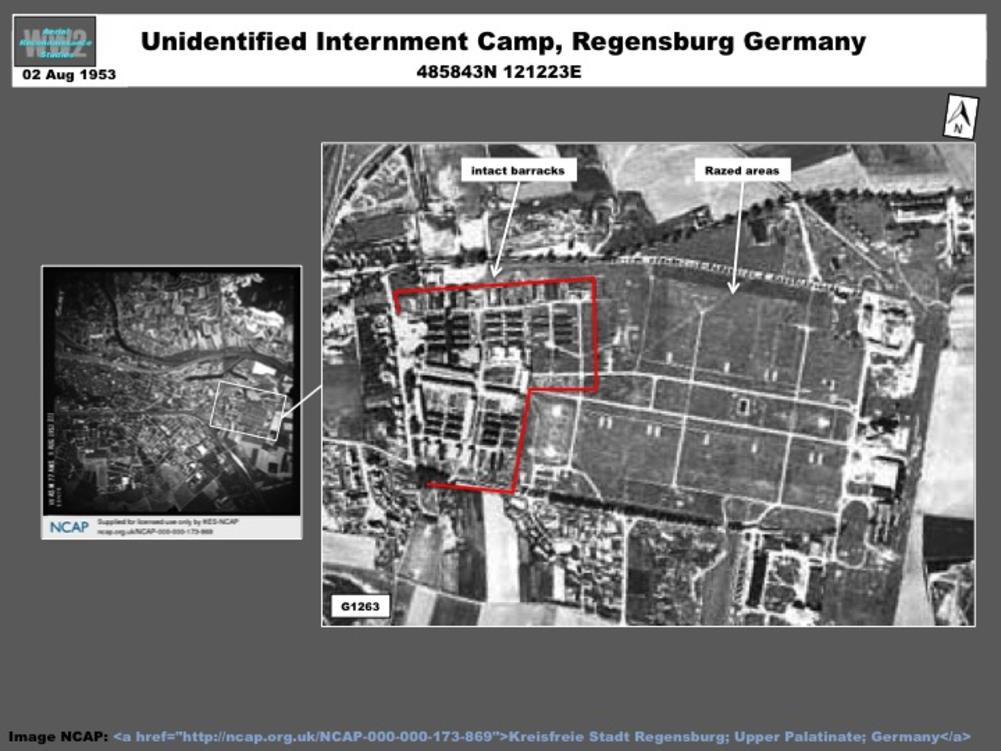 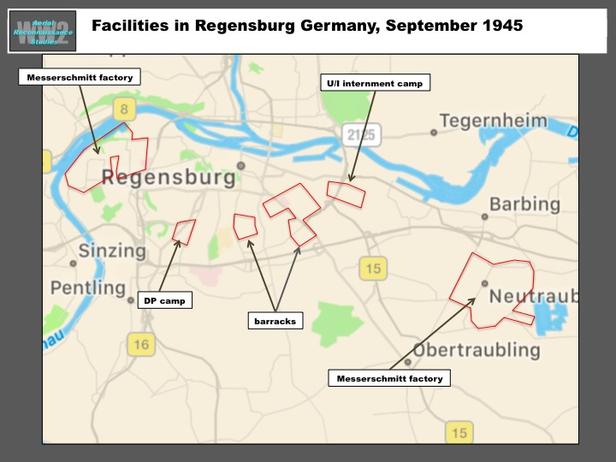 The unidentified camp, located in the eastern part of the city, operated between September 1945 and at least August 1953. It was scratch-built in a former military training area and consisted of eight nearly-dentical bararcks sections organized into a northern and southern sections and an administration/support area in a damaged light industry at the east end of the facility (Graphic 1).  Each section had its own multi-wing kitchen/dining hall, 16-20 barracks (the barracks in the two westernmost areas were larger that the others), and 14 other buildings, which included latrines and wash facilities; the administration/support area utilized five buildings of the industrial facility.  Two of the buildings were outside the gate.