Even though the bombing was focused between Vogelsang and Breitlinde, impact areas were scattered throughout the region. Two such areas were in the vicinity of Deutsch Thierau --now a major border crossing point between Poland and Russia-- on a rail line 10 km southeast of Heiligenbeil (Graphic 3).  Another imact area was 2.5 km to the east (Map). German defenses at Deutsch Thierau appeared to be light.

The area of East Prussia covered on 21 February extended roughly between the towns of Plaßwich (Ploskinia, Poland) and Freudenthal (now in Russia; Map).  Soviet attacks were concentrated around the villages of Vogelsang, Lindenau and and Breitlinde (Zakrzewiec, Lipowina and Wola Lipowska, respectively), but evidence of bombing could be seen throughout the area. Roads between the numerous farms and villages all showed evidence of heavy traffic, most likely by the Wehrmacht and fleeing civilians 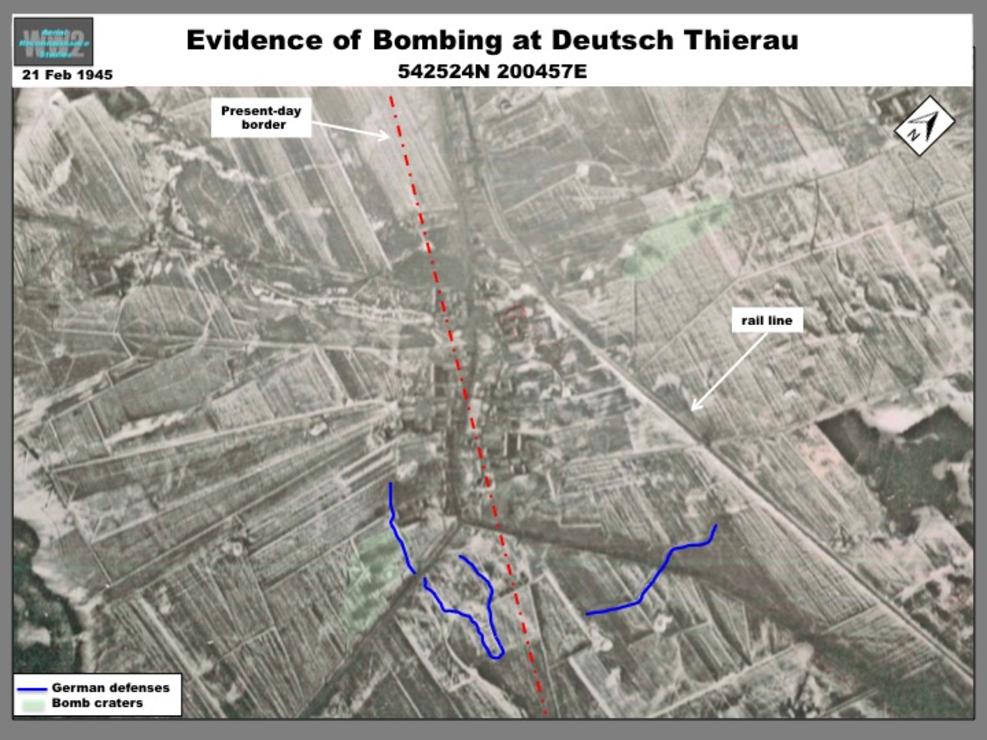 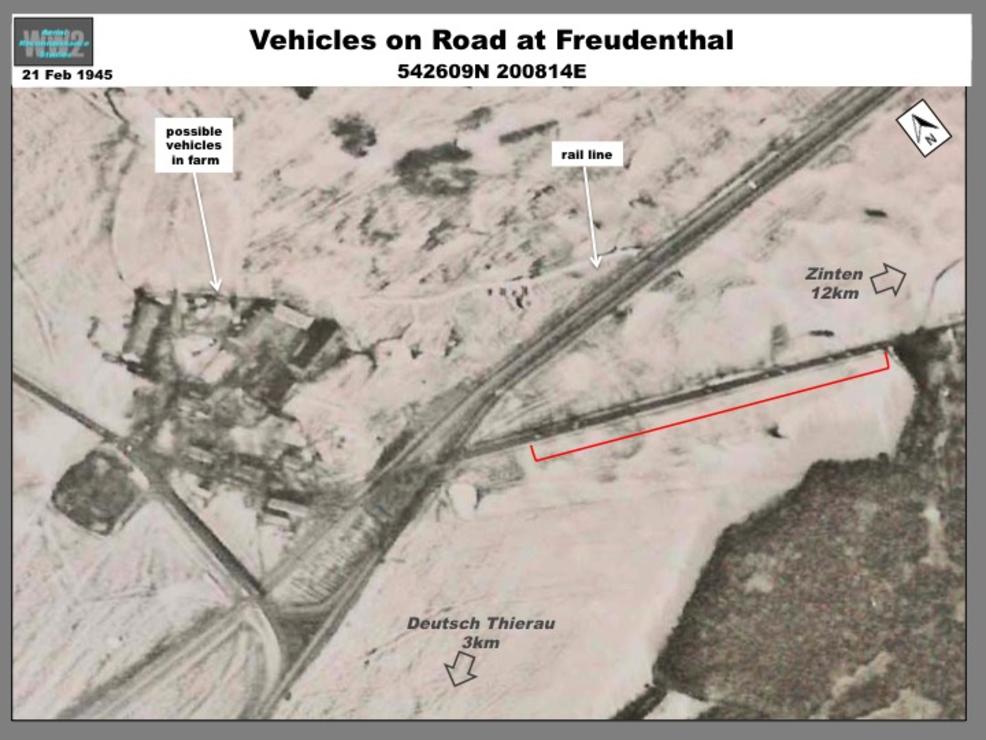 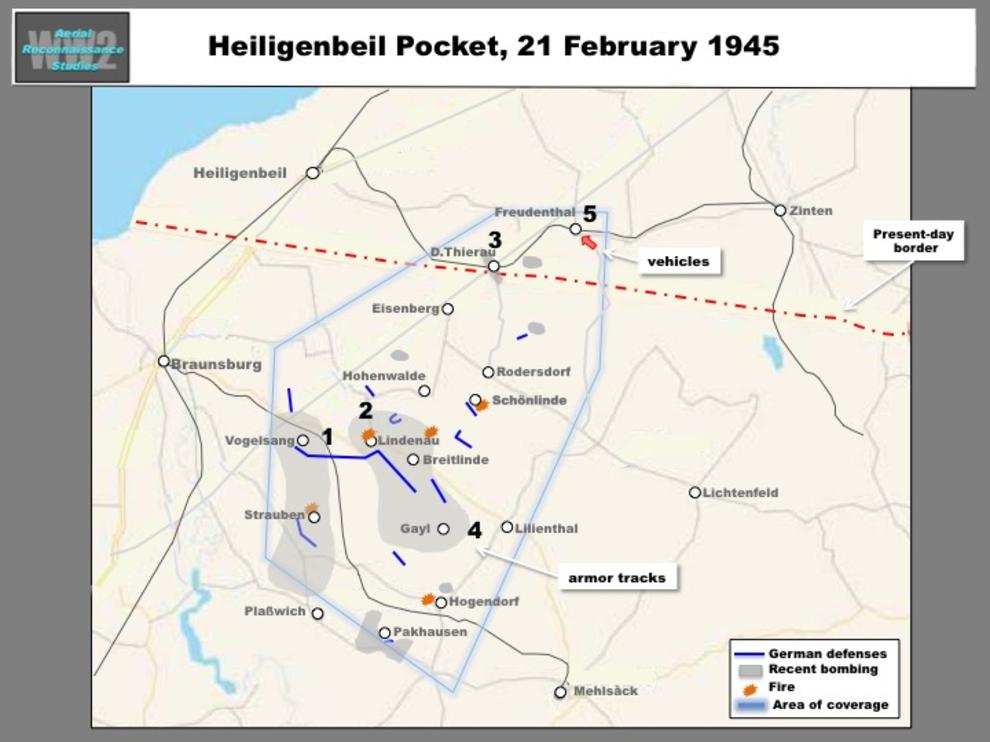 At a few points, tracks in the snow revealed vehicular activity in open areas.  Evidence of a possible attack by several armor vehicles were identified outside a forested German stronghold near the village of Gayl (Gajle, Poland; Graphic 4). The tracks led from Gayl to a road entering the forest.  A number of craters on the road at the confluence of the tracks seems to suggest that the vehicles were attacked from ground positions.

Just northeast of Deutsch Thierau, a group of nine vehicles appeared to be heading into the village of Freudenthal from the direction of Zinten (Kornevo, Russia; Graphic 5).  It was not clear if these belonged to the Wehrmacht or Red Army; however, the fact that they were traveling by day suggests they were Soviet.  Also, a small group of possible vehicles was parked in a nearby farm on the road to Heiligenbeil. 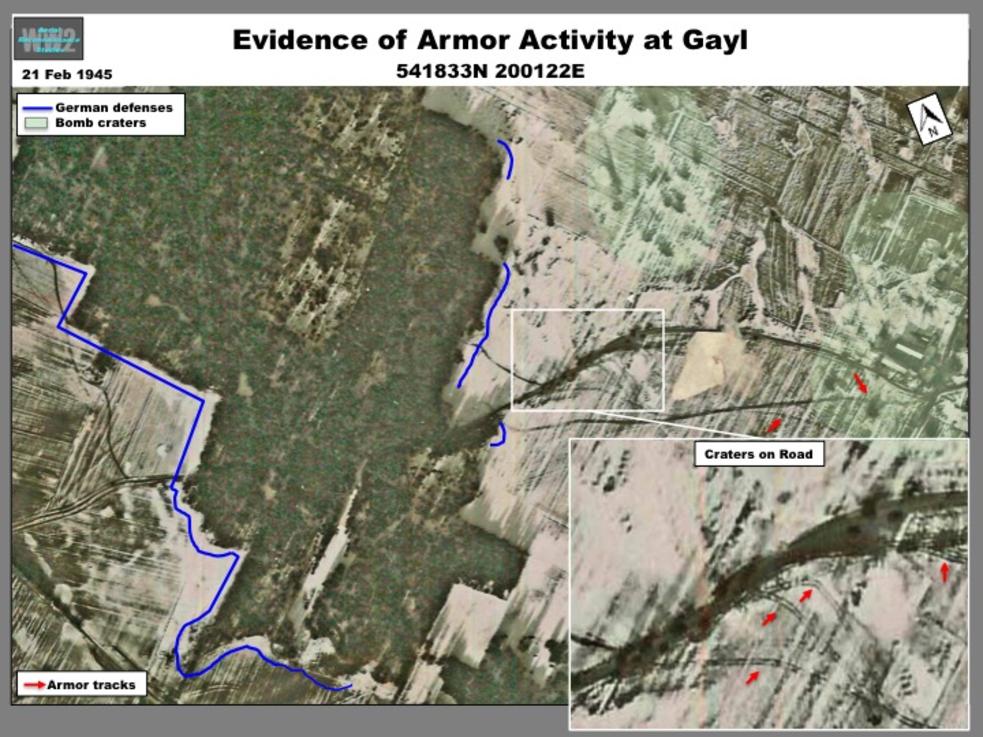 In the Heiligenbeil Pocket, February 1945 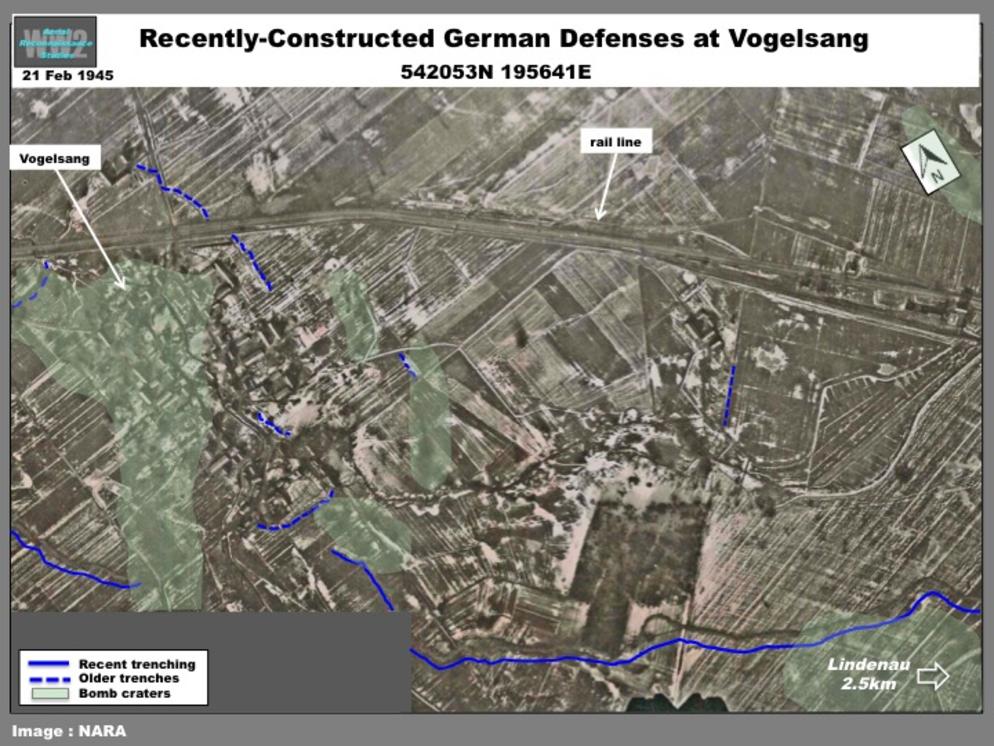 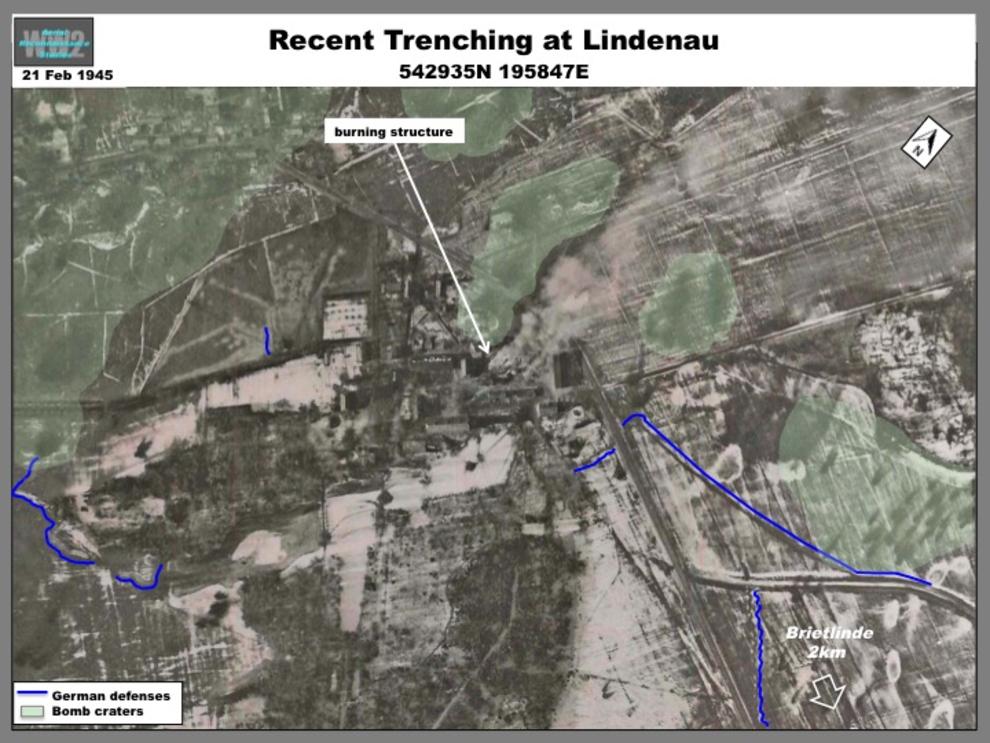 The Germans appeared to have established a new defensive line between Vogelsang and Breitlinde, which could be distinguished from earlier defenses (Graphic 1).  The new trenching extended past Lindenau, where a farm building was on fire; heavy cratering could be seen in the vicinity (Graphic 2).  Volgelsang had been hit by a recent airstrike and fires were also seen in several other areas (Map)

Evidence of the Red Army's offensive in the Heiligenbeil Pocket was captured by Luftwaffe reconnaissance on 21 February 1945.  The Wehrmacht appeared to have fallen back to new lines roughly 10 km east of Braunsburg (Braniewo, Poland) and German positions were under widespread aerial bombardment.  The Pocket --named for the town now known as Mamonovo, Russia-- formed at the start of the East Prussian Offensive (13 January - 29 March)  when the German 4th Army was trapped between Königsberg (Kaliningrad, Russia) and Braunsburg.