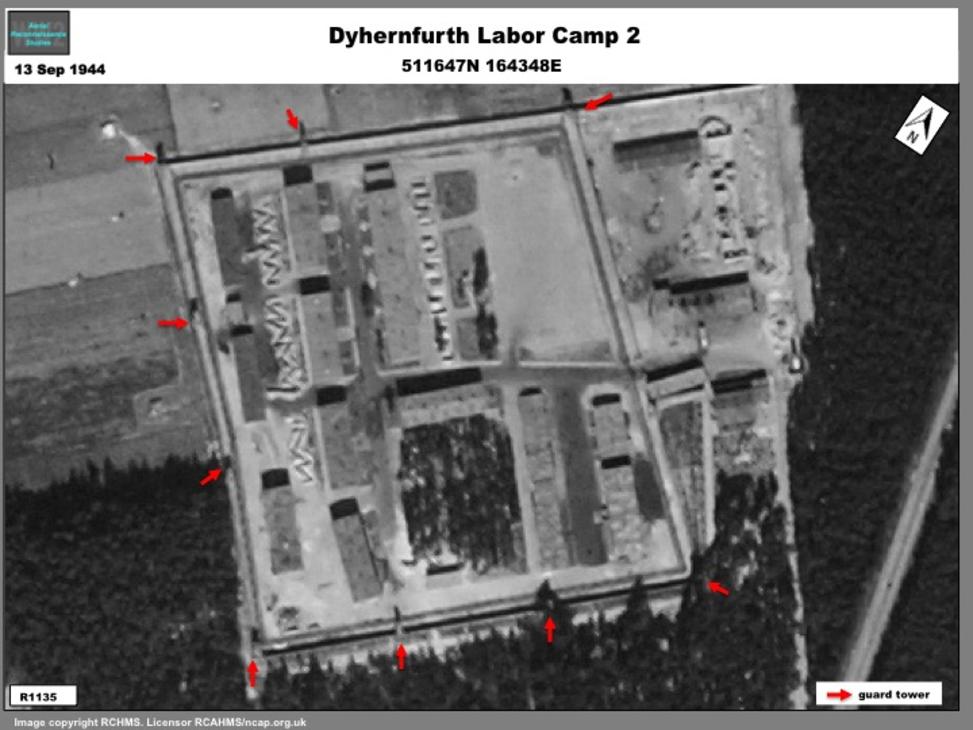 The first of two subcamps of the Gross-Rosen Concentration Camp were established at the Dyhernfurth Chemical Weapons Plant in 1942.  A relatively small number of inmates were used in the fabrication and filling of artillery shells and bombs with the chemical Tabun.  Labor Camp 1 was located next to the loading area and next to a probable underground facility with two entrances in the adjacent forest.  Labor Camp 2, a much larger facility nearby, was occupied in 1943 to support an expansion of the plant. 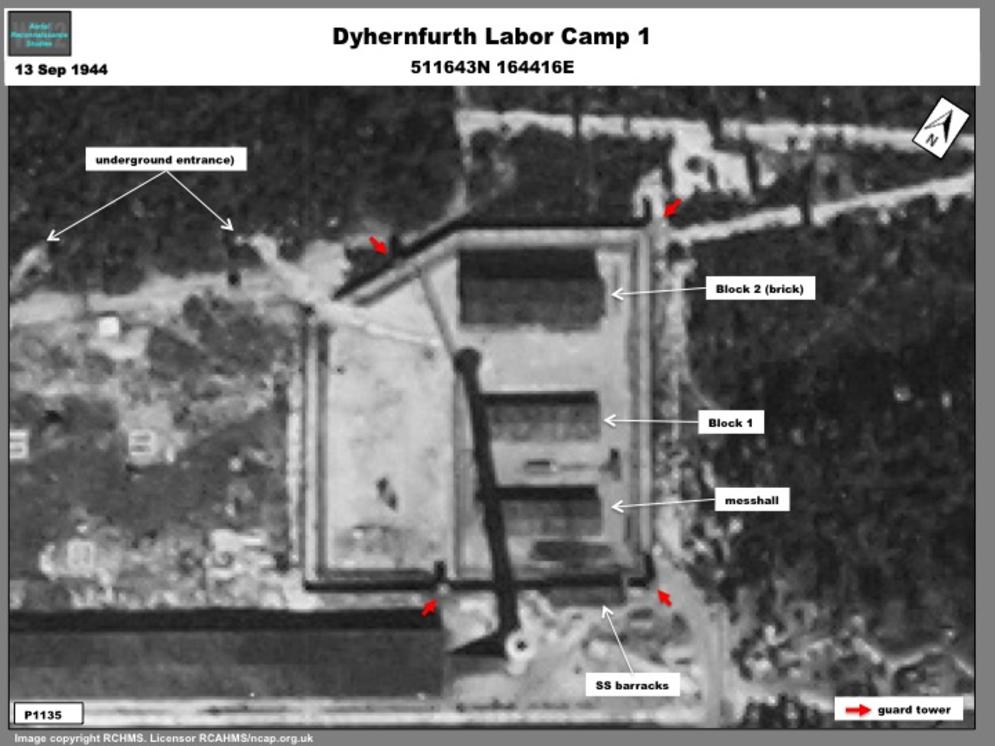