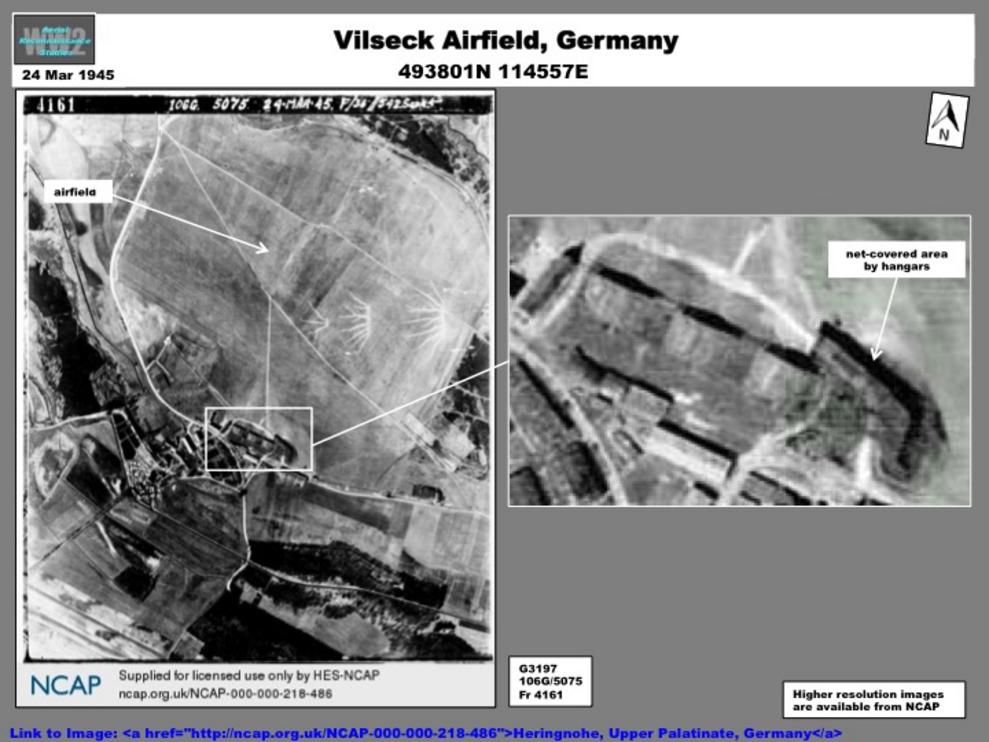 The available imagery covered all three parts of of the training center. The Main area was very large and appeared to have considerable storage space for vehicle and materiel as well as a separate rail-served depot. Two very large warehouses (one unfinished) were south of the rail yard. A large amount of rolling stock --including flat cars-- remained in the rail yard, where vehicles and a group of equipment that included some possible artillery pieces could be seen. 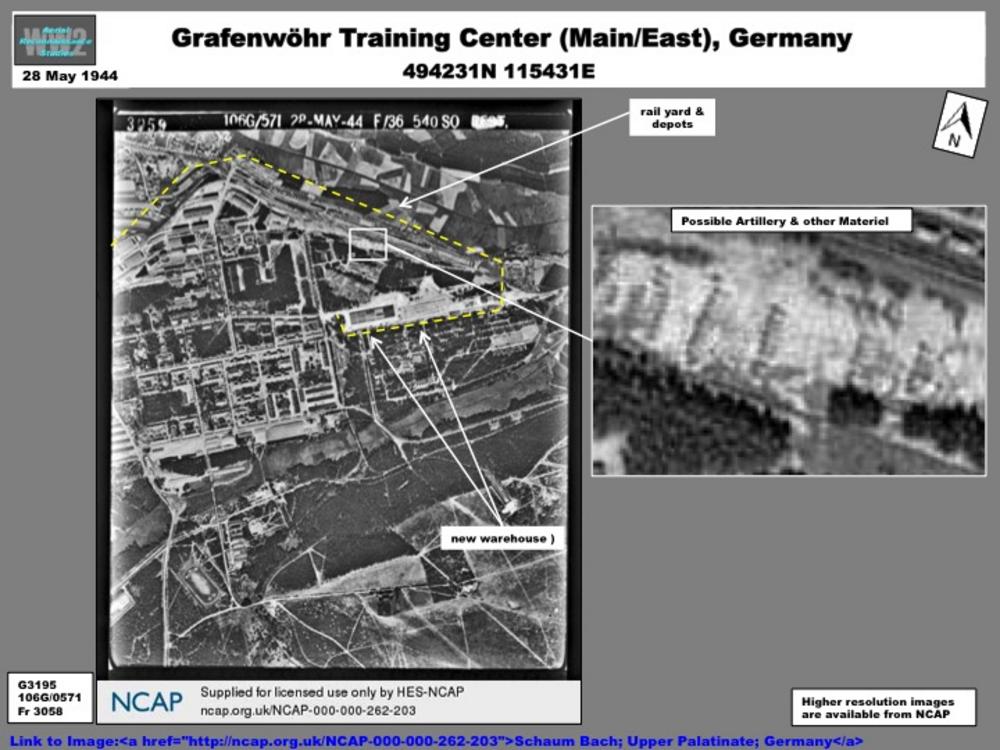 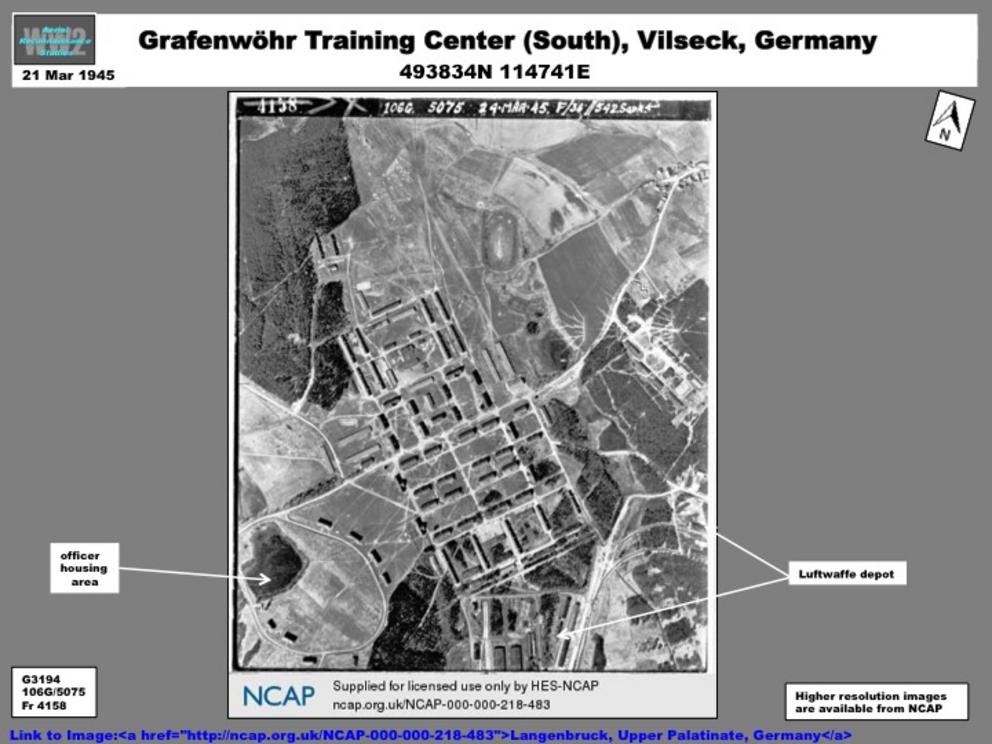 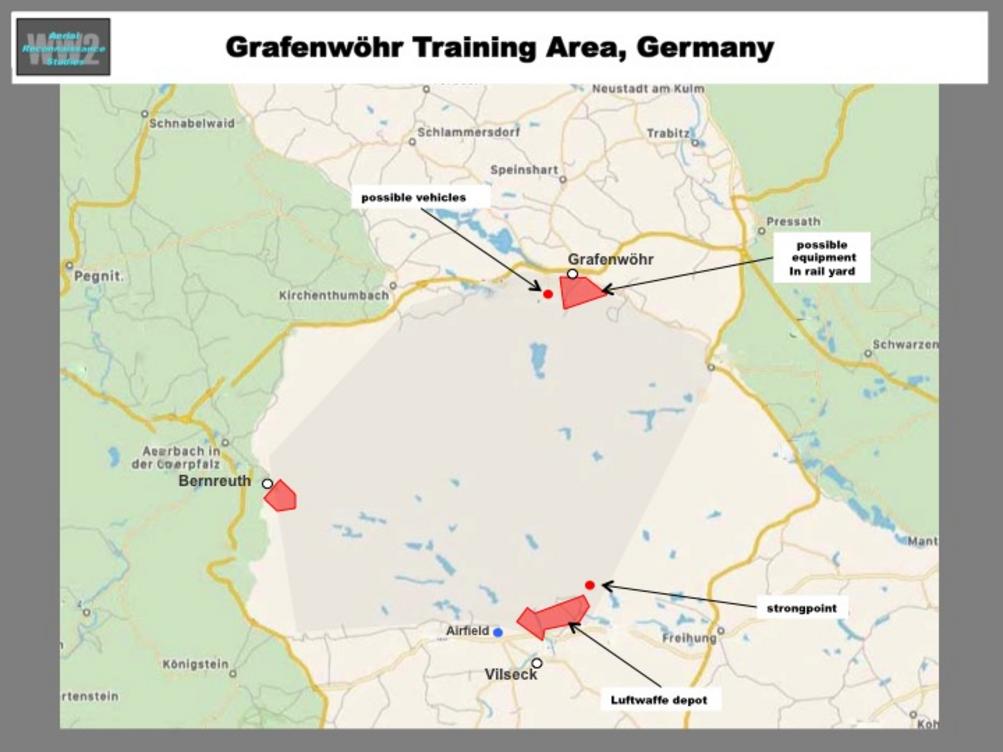 A airfield near Vilseck was built in1938 and used for training. In March 1944 the airfield became a final assembly facility for the Bf 109 for which a net covered structured was installed (Graphic 5).

The Grafenwöhr Army Training Center (Truppenübungsplatzes Grafenwöhr) was one of the Wehrmacht's most important training facilities and today remains a key NATO site.  Coverage of the training center was availavle from three sorties flown in March 1945, although no significant activity was observed.

Established before WW 1, the center was ordered to be expanded in February 1936.  According to Lexikon de Wehrmacht the training are would consist of three garrison areas:

The southern area, near the village of Vilscek, was rapidly constructed in 1937.

Work of the western area began in October 1937, but a scarcity of building materials delayed most of the construction until late 1938.  The first troops to arrive were  elements of the "Gross Deutschland" regiment, returning from the Polish campaign. Later units training at Grafenwöhr included SS Division "Viking" as well as Russian (ROA), Spanish, Dutch, Danes, Norwegians, Finns, Belgian, Italian, Hungarian, Turk  and Mongol units.  Beginning in January 1945, Hungarian units were trained and equipped in the western area. 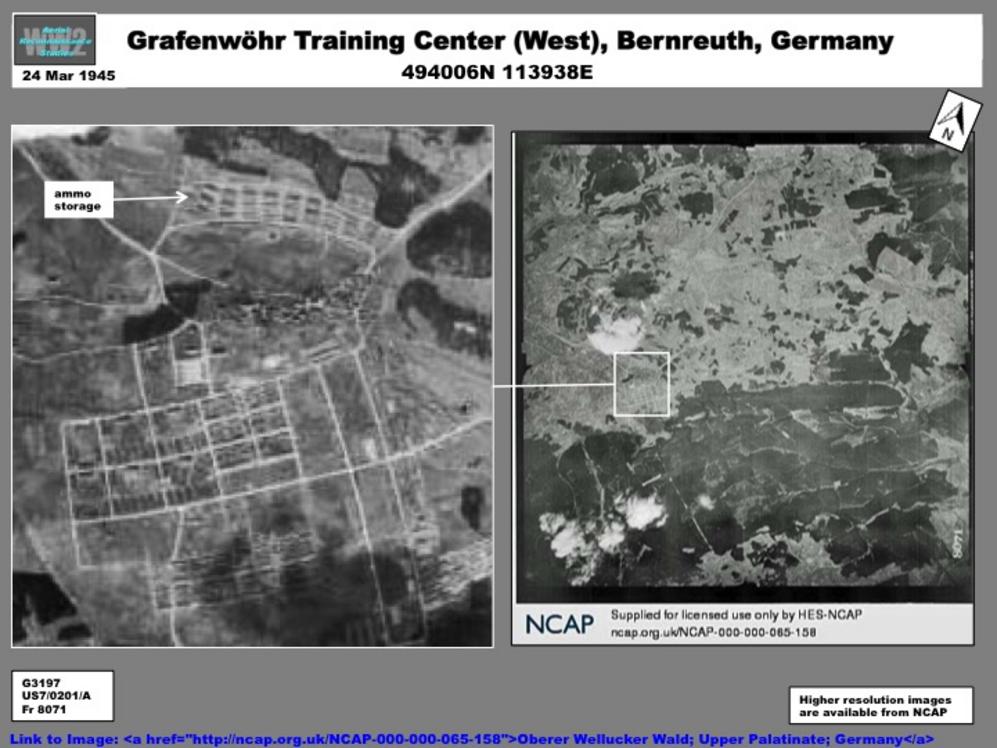 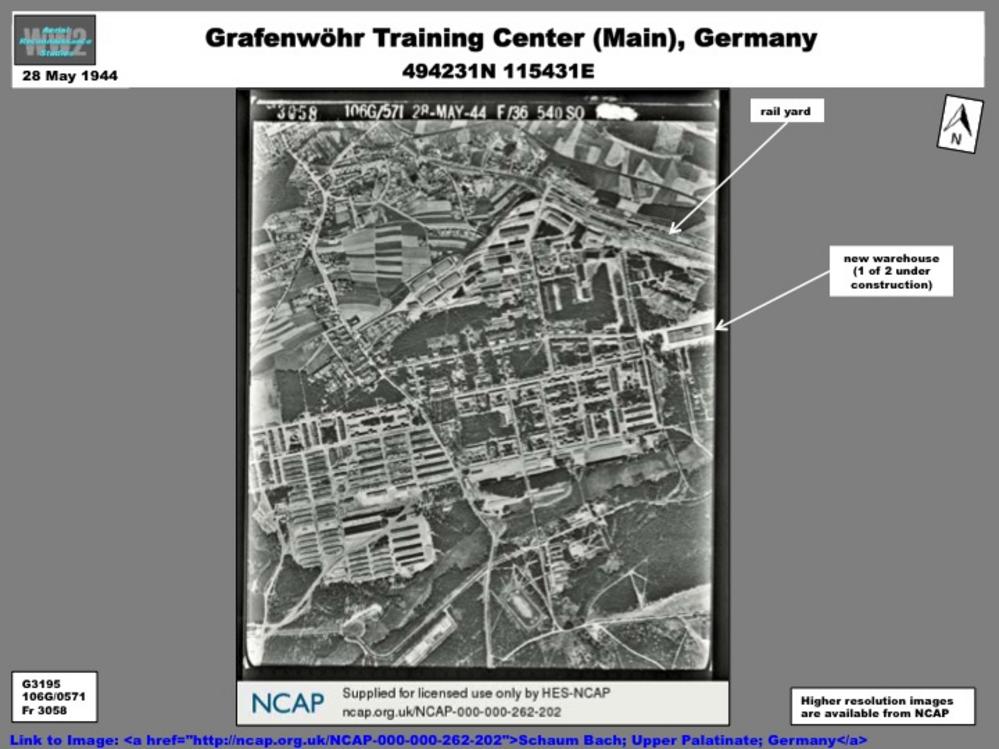