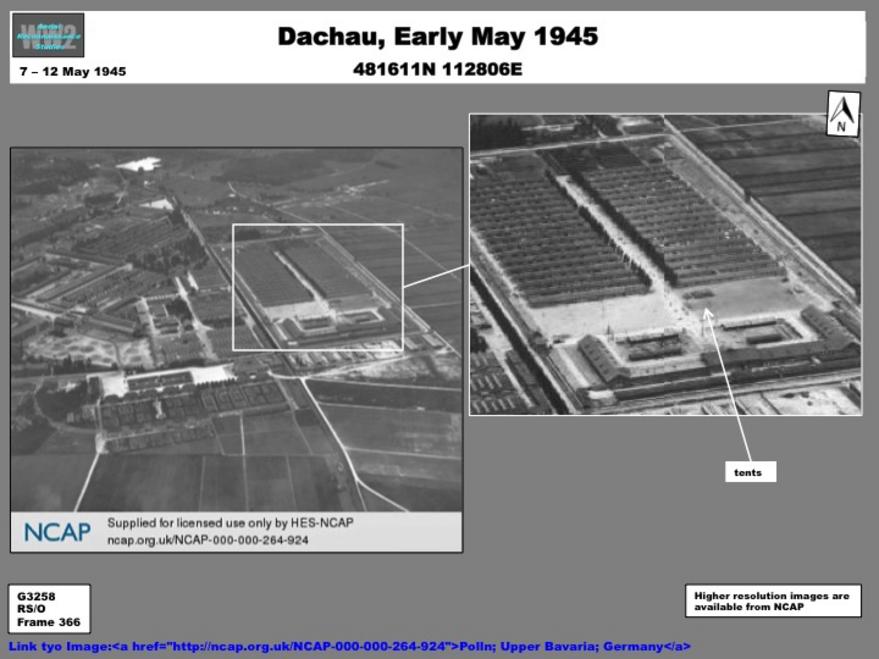 Dachau was liberated on 29 April 1945.  A series of images taken sometime between 7 and 12 May show a major presence by the U.S. Army medical Corps at the site.  Significantly, a large amount of debris from the camp was being burned on the SS Barracks exercise field; smoke rising from another site south of the camp indicated burning was also taking place there.  Vehicles were beinng washed down in the vehicle park. 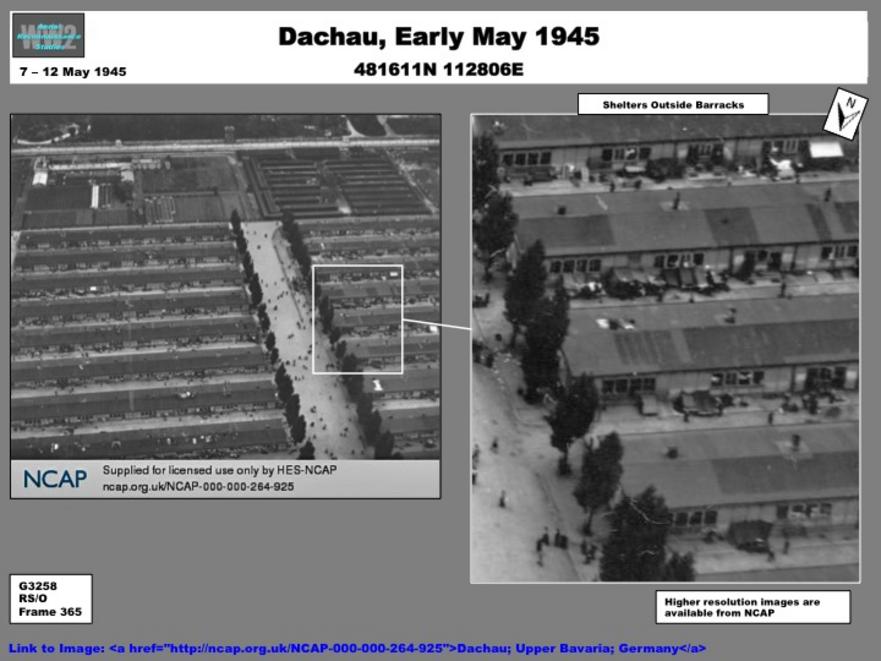 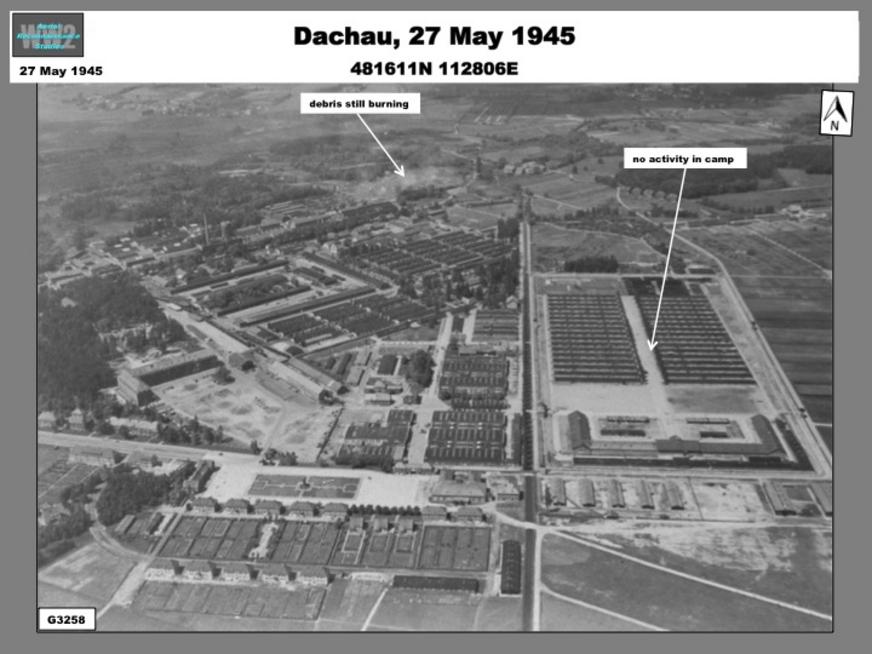 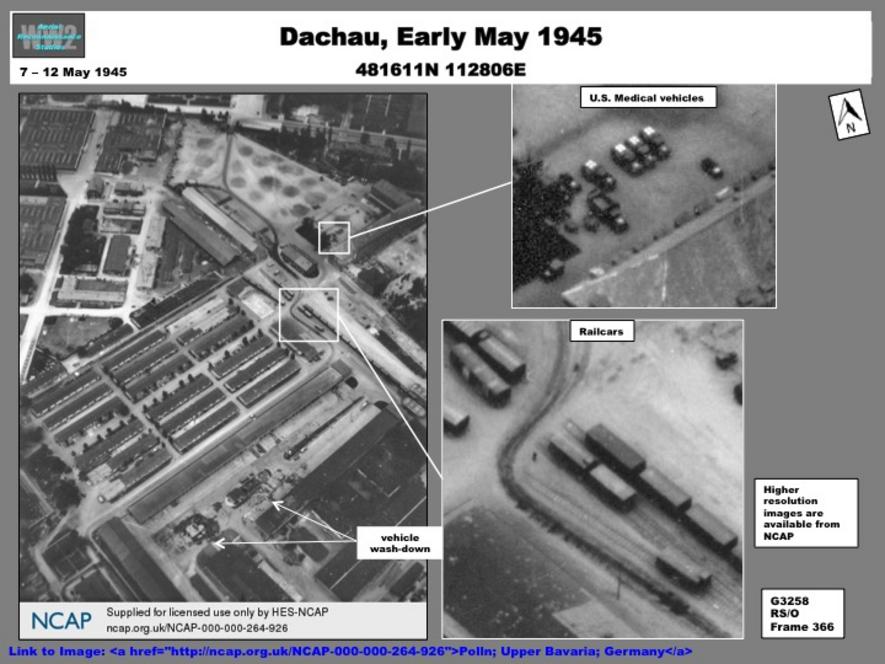 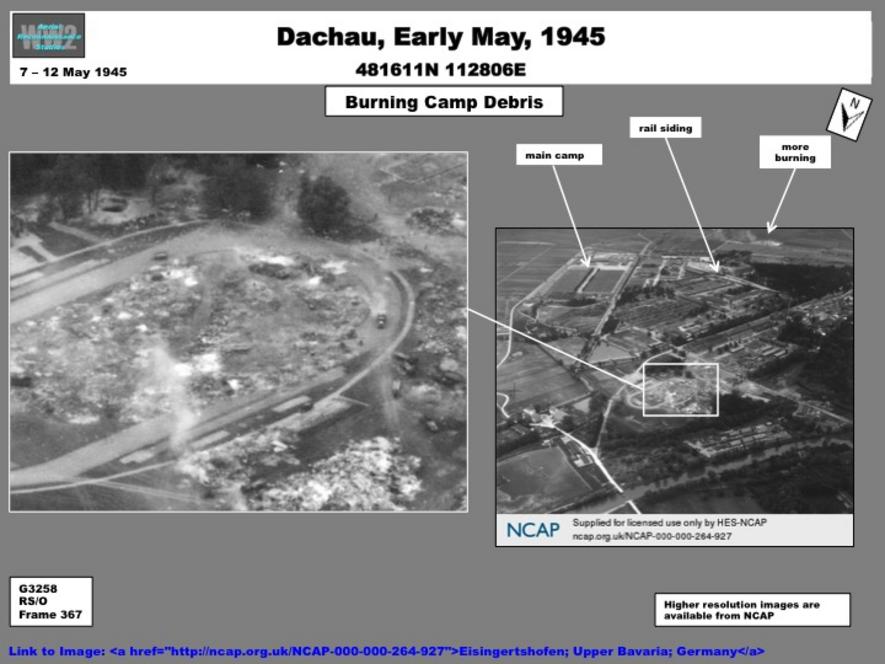 A number of low-oblique images of the Dachau Concentration Camp from May 1945 are available on the NCAP website.  The images, taken shortly after liberation, show how quickly the camp was cleaned-up and evacuated.

The camp itself was still occupied, but tents had been set up in the assembly area near the former camp hospital.  Many former prisoners had moved outside under makeshift shelters.