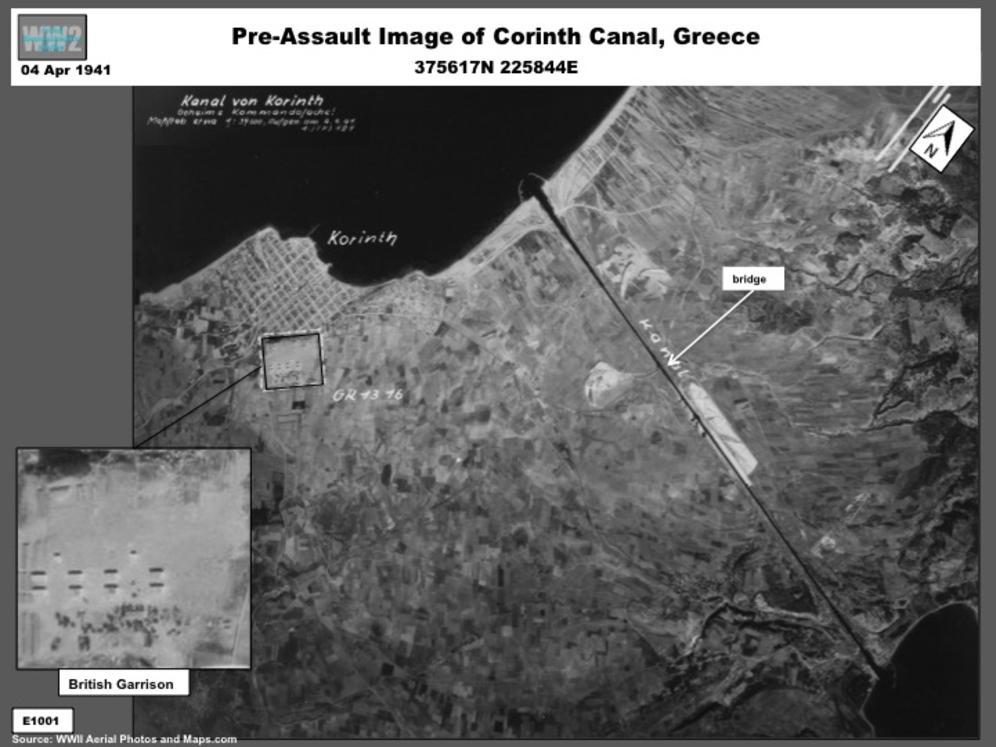 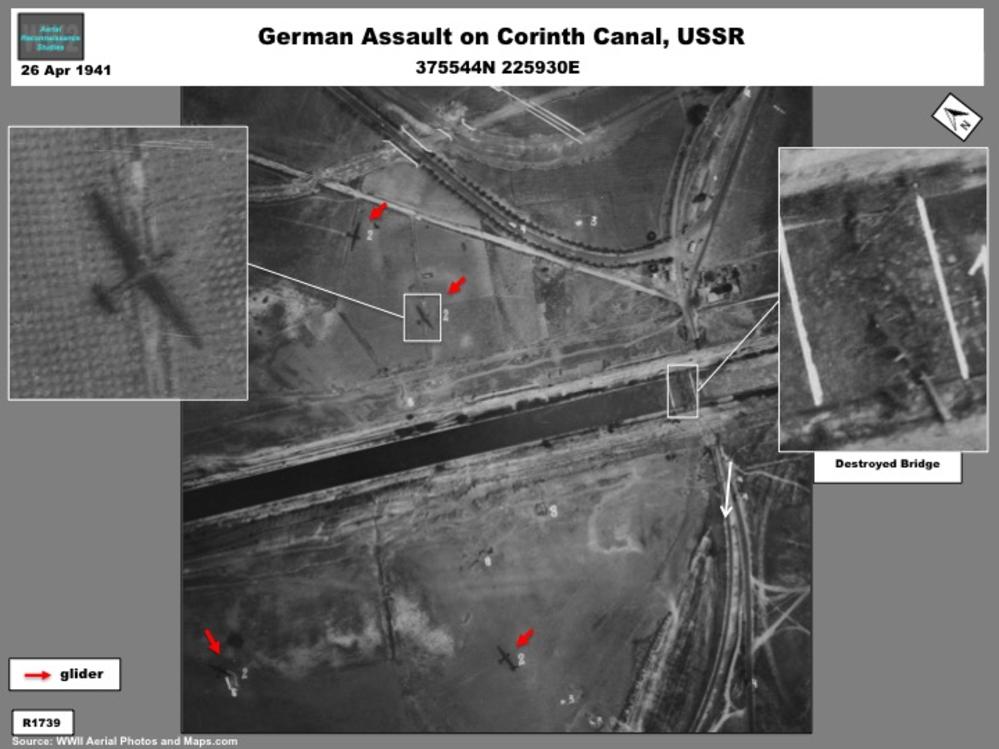 ​​The first of theses graphics depicts the bridge crossing of the Corinth Canal the day after an airborne assault on 25 April 1941 by German special forces.  Two DFS-230 gliders can be seen on either side of the Canal.  The mission was to capture the bridge, which was destroyed by British forces from the nearby garrison.  The second graphic from 4 April is likely a mission planning photo annotated as "Top Secret."