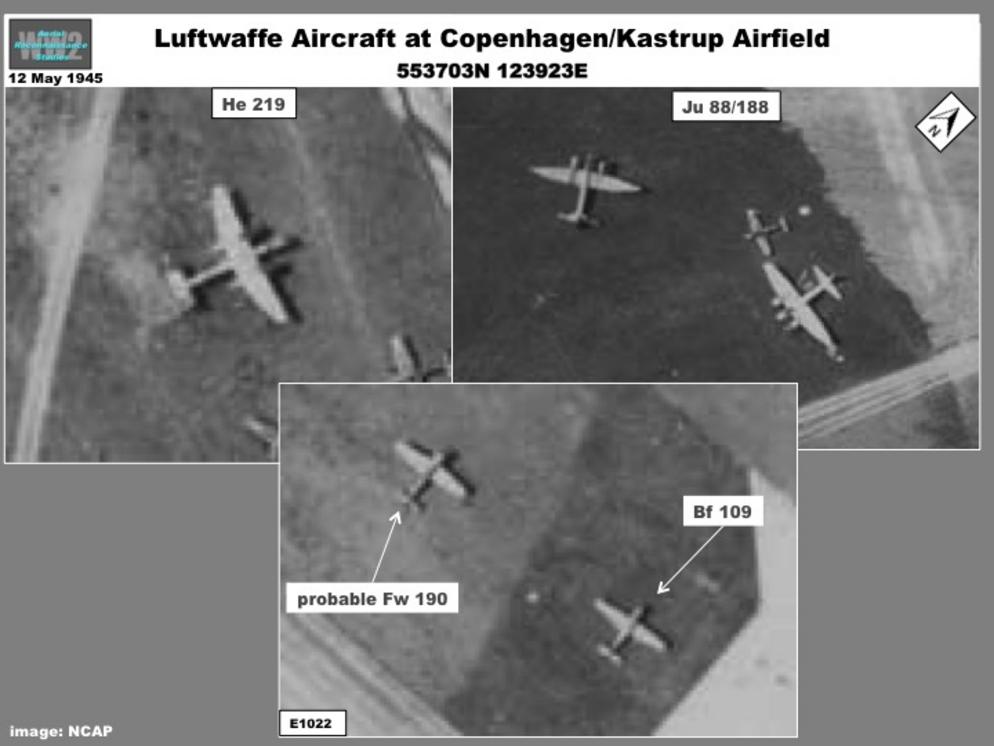 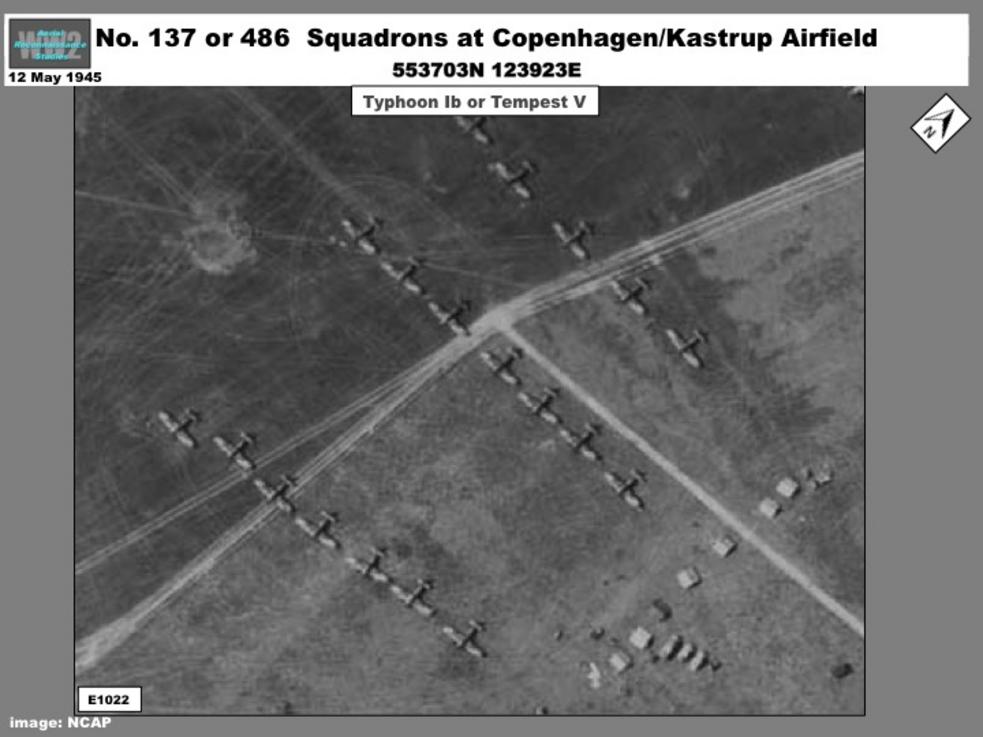 The victory parade that brought Field Marshall Montgomery and other VIPs to Copenhagen on 12 May was about to begin at the time of imaging.  In the city center crowds lined the streets between Amalienborg and Kong's Nytov Squares (Graphic 7).  A number of probable VIP vehicles could be seen outside one of the Amalienborg palaces.

A large number of Luftwaffe aircraft remained at Kastrup; most were Bf 109s and Fw 190s, but others included one He 219, eight 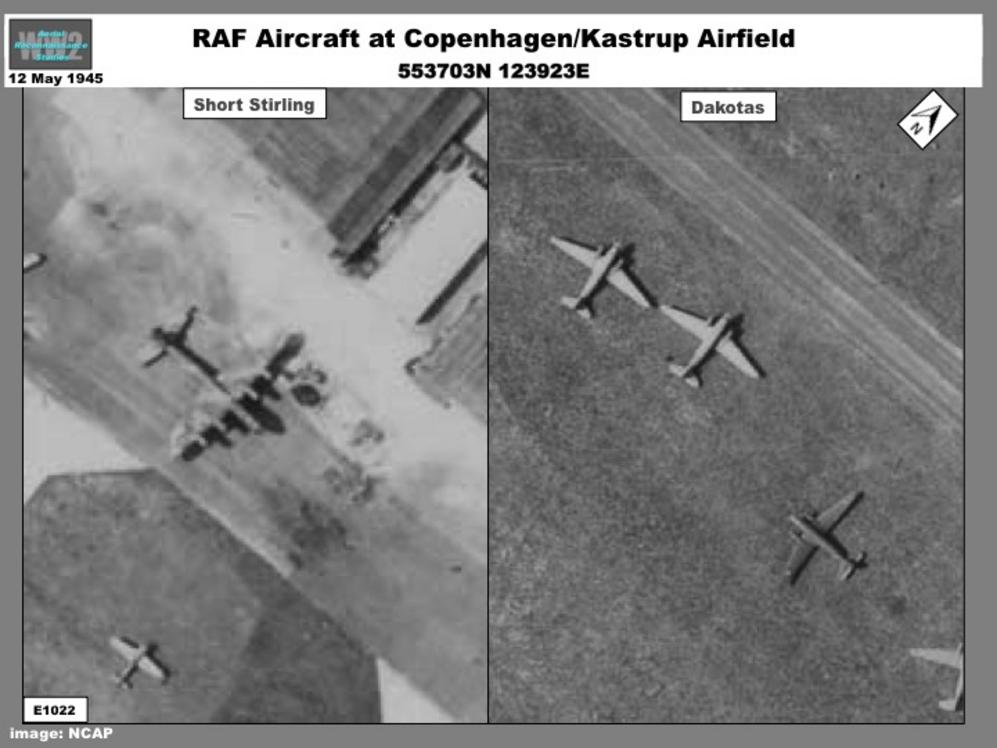 On 12 May1945 elements of the Royal Air Force No.125 Wing were imaged while at Copenhagen/Kastrup Airfield. The wing, then comprised of RAF No. 41 (Spitfire XIV), RAF No. 137 (Typhoon Ib) and  RNZAF No. 486 (Tempest V) squadrons (No. 414 RCAF squadron was not present) deployed to Kastrup on 5 May.  The wing's arrival was accompanied by a group of Dakotas, which was still present.  The squadrons were parked in separate groups, each with a set of tents for ground crews.  Also on 12 May, numerous VIPs including Field Marshal Montgomery, arrived for a victory parade that was in progress at the time of imaging 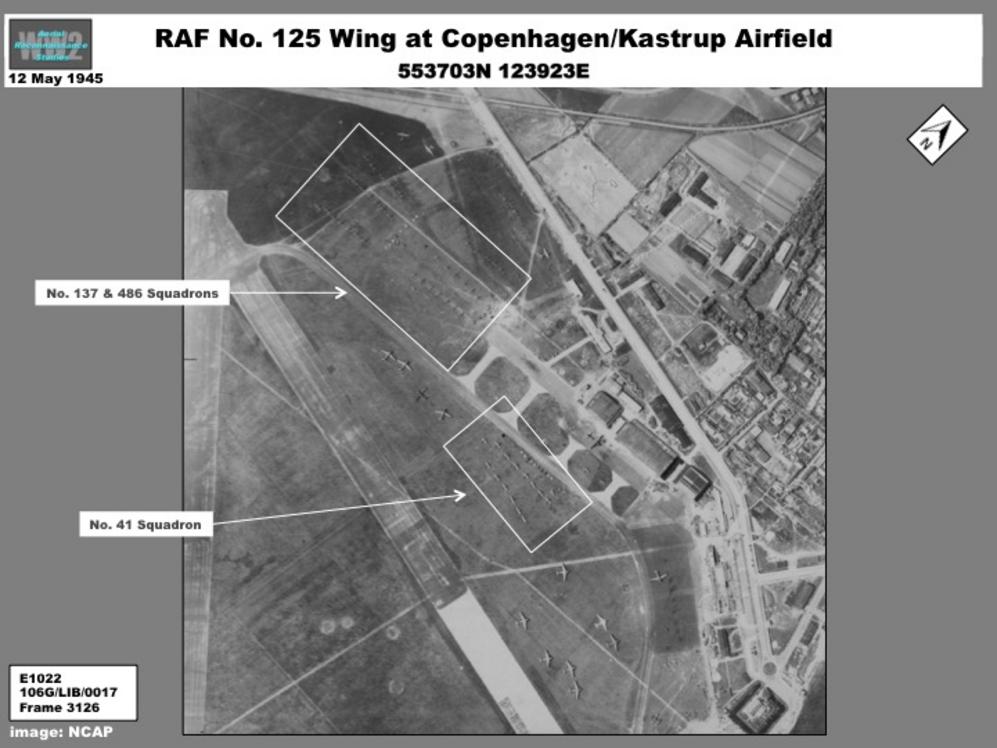 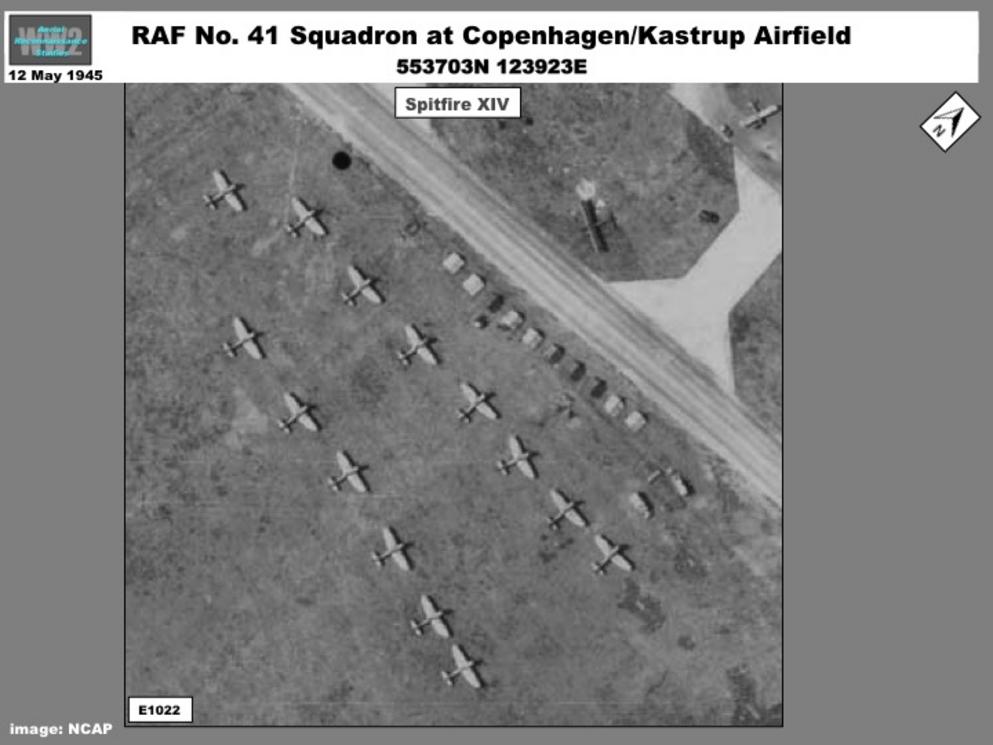 Graphic 5 shows a Short Stirling V transport that may have delivered Field Marshal Montgomery to Copenhagen for the Victory Celebration.  A total of 14 Dakota transports were at the airfield; three (not shown) were on a taxiway possibly preparing for takeoff.  A single B-25 Mitchell at the airfield may also have transported VIPs.

Graphic 2 shows No. 41 Squadron, equipped with 14 Spitfires. The two other squadrons each had of 19 Typhoon/Tempests (Graphics 3 & 4). 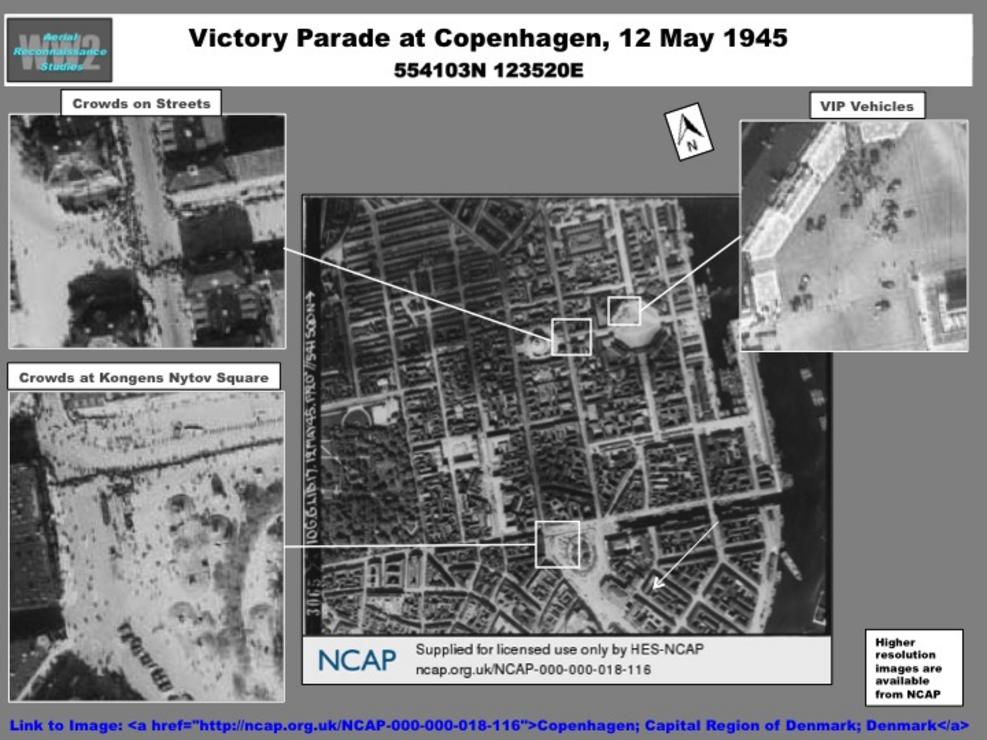 The RAF at Copenhagen/Kastrup Airfield, 12 May 1945 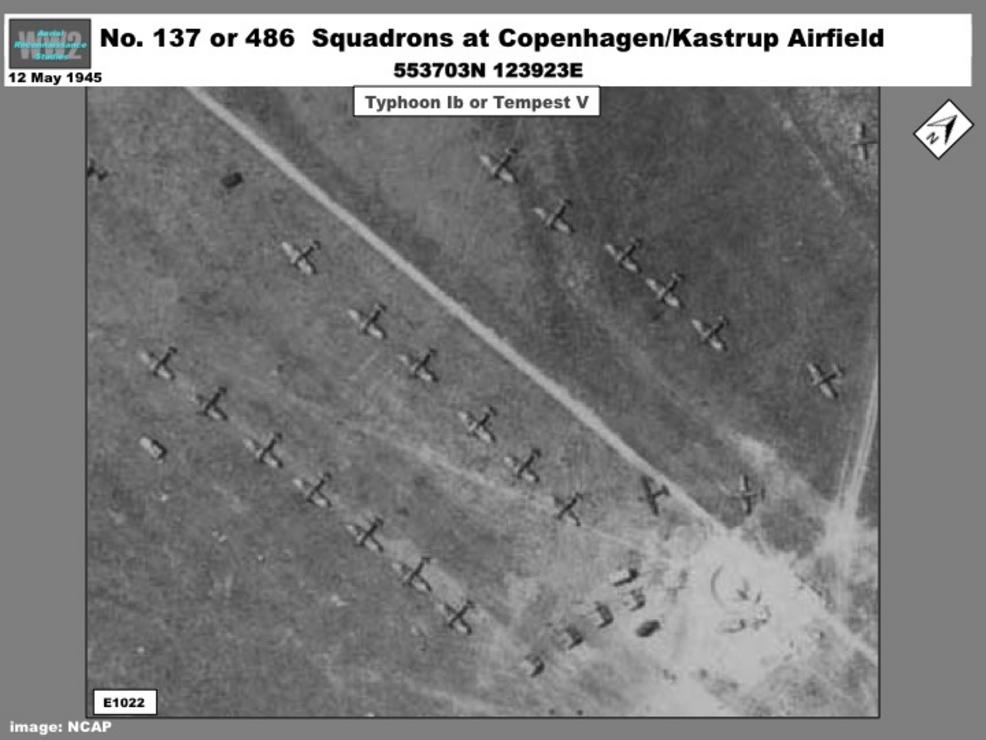