These graphics show STALAG 319 at Chelm after it was liberated by the Soviets in early 1944. The first camp was established in July 1941 for Russian prisoners; two other sections were added later.  STALAG 319A was the largest of the three sections with conventional barracks that appeared to be organized into several groups.  Housing in the adjacent STALAG 319C consisted of dugouts.  The housing in STALAG 319B, located to the south, was possibly similar to that in 319C.  After the start of the war large numbers of Russian prisoners were murdered and buried in the Borek Forest southeast of the town.  The September 1944 coverage shows numerous clearings for possible mass graves. 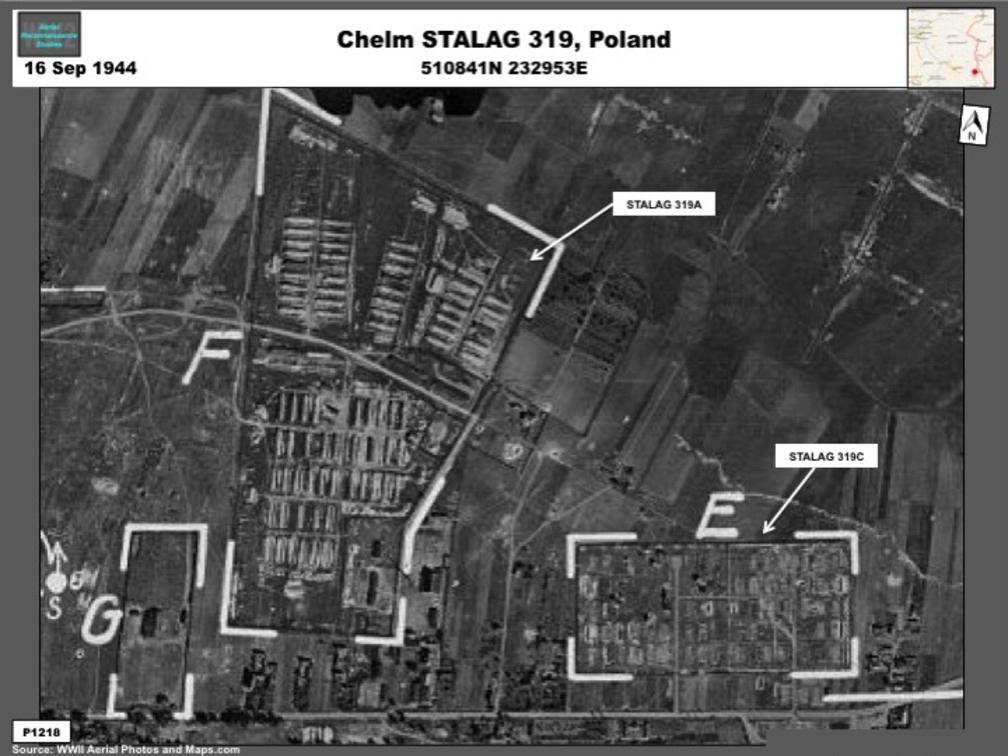 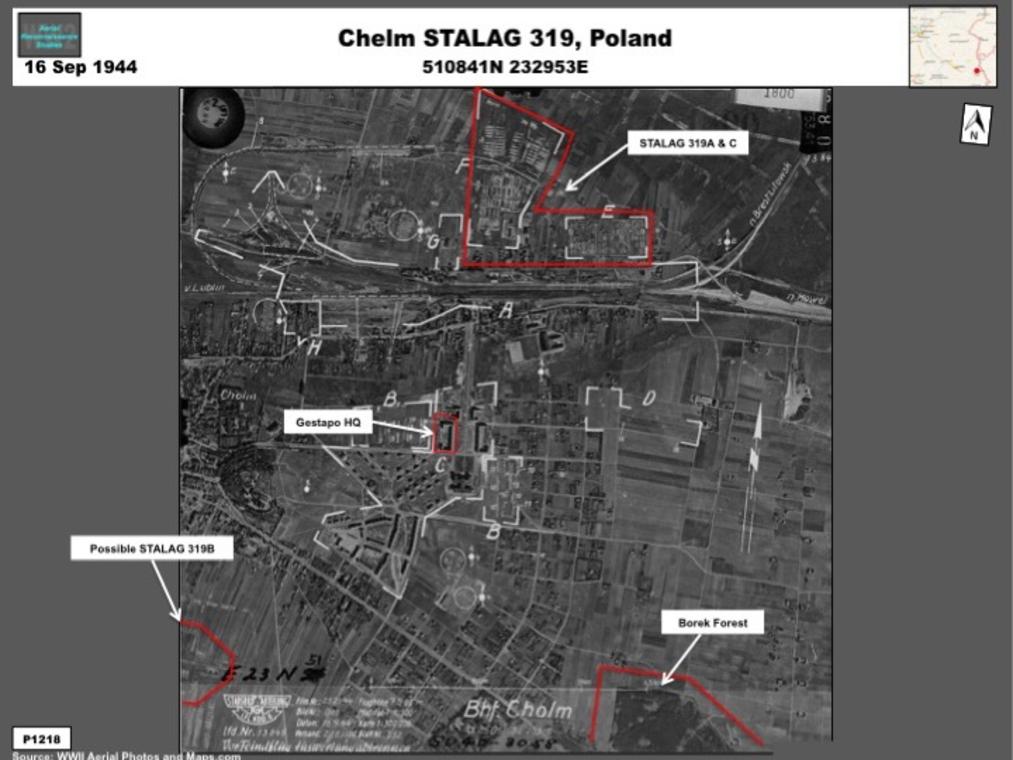