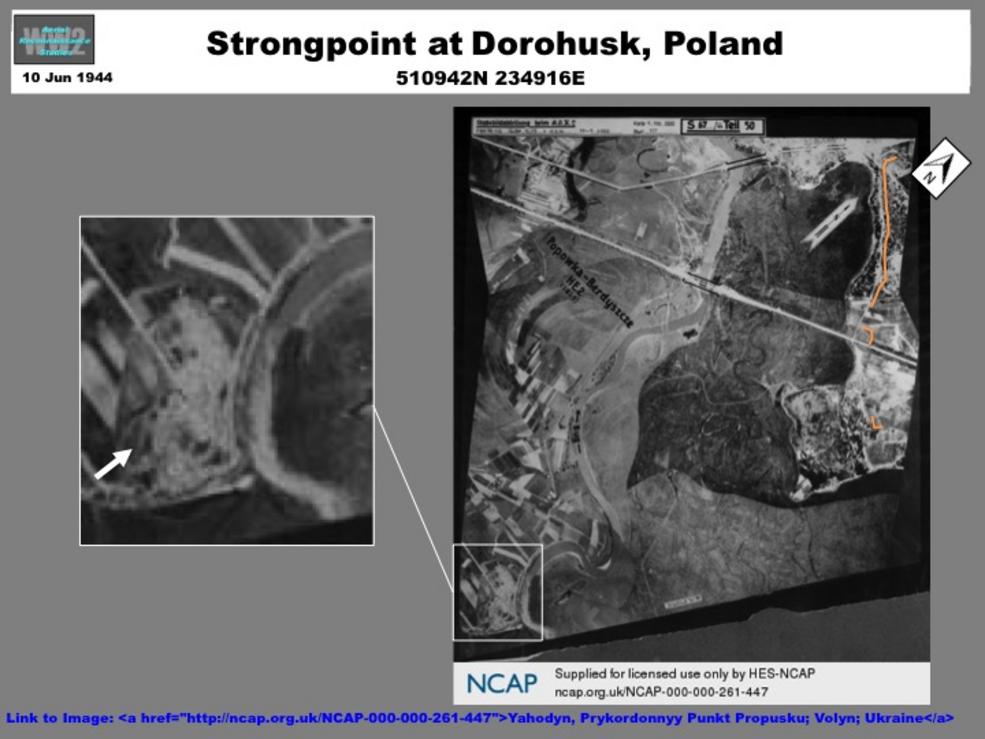 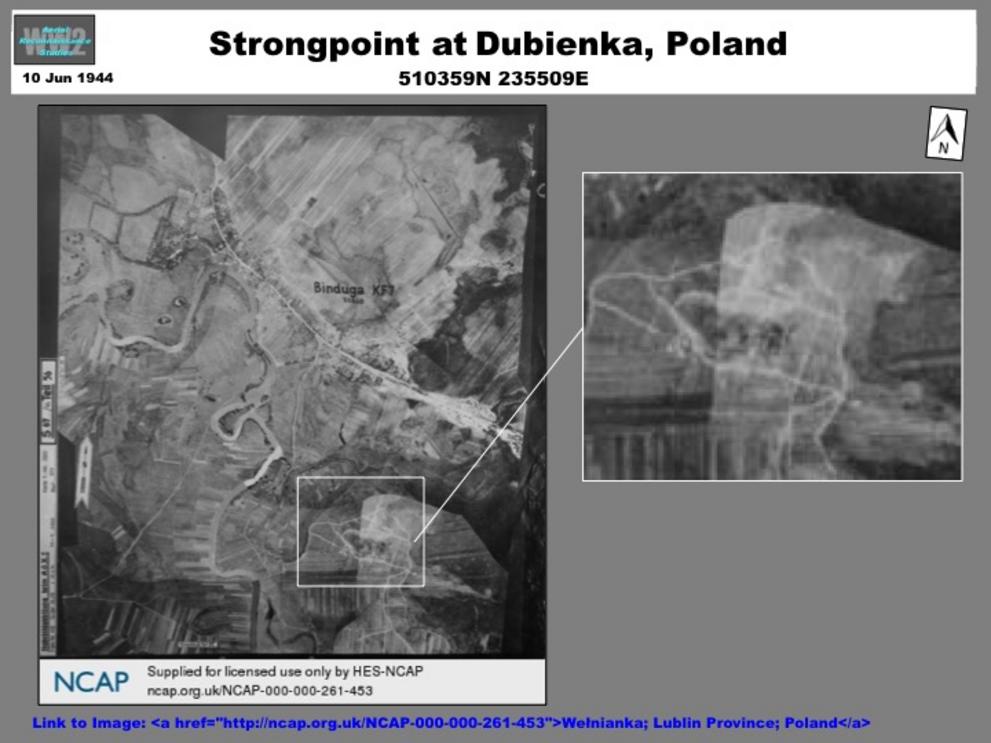 Wehrmacht Defenses on the River Bug, May - June 1944 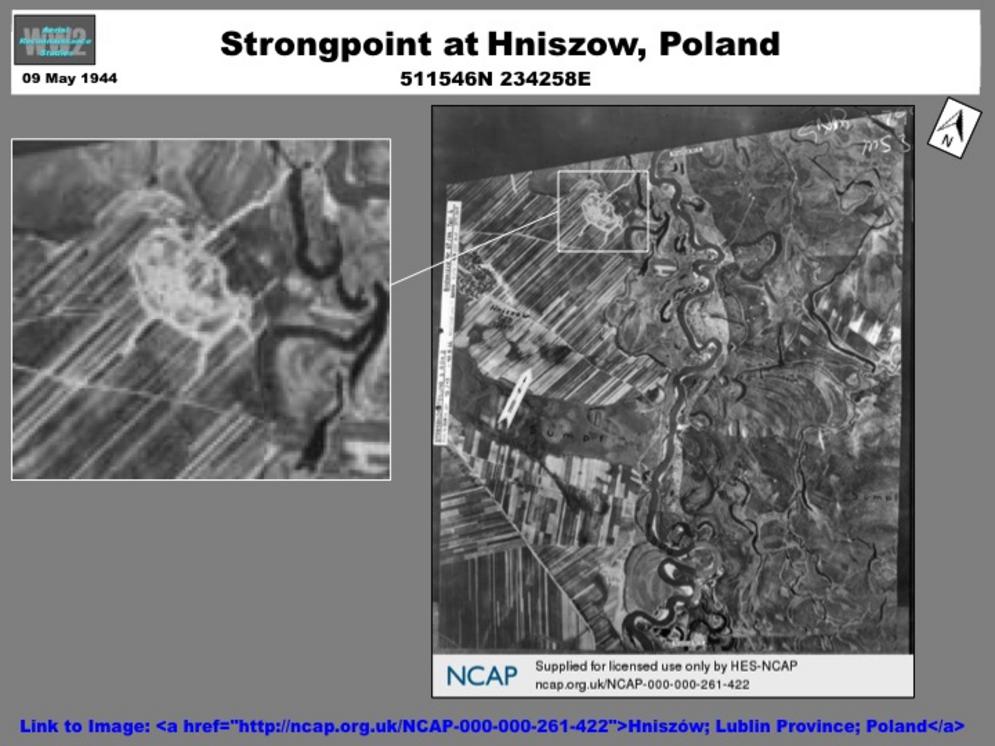 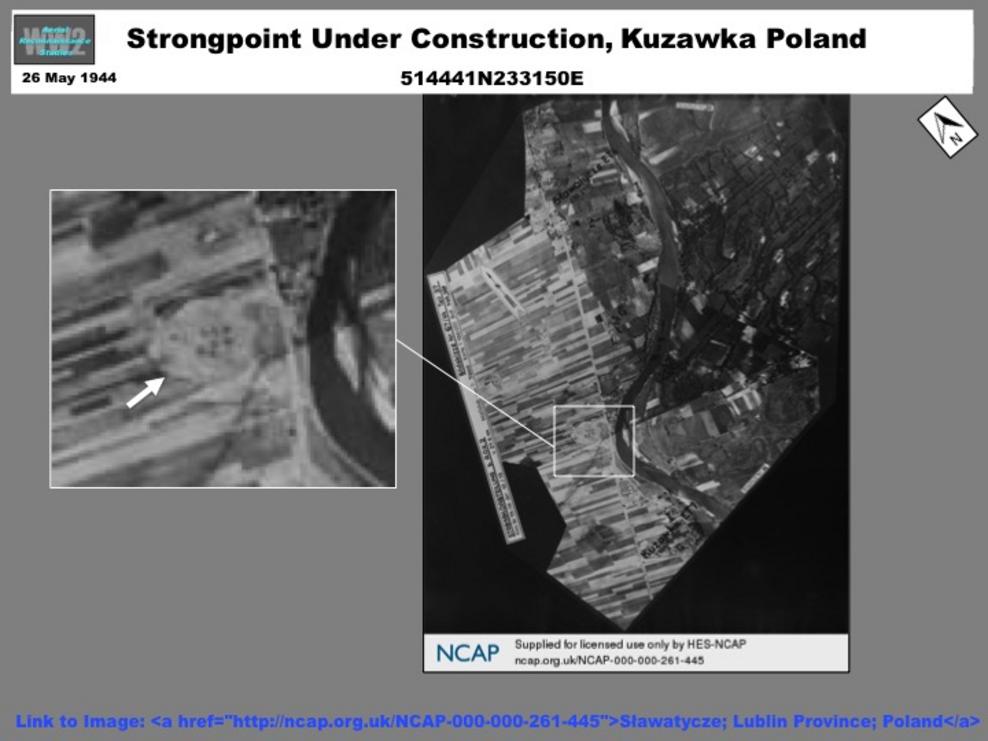 Little attention appears to be paid to Wehrmacht defenses along the River Bug that were swiftly overrun by the Red Army during Operation Bagration in July 1944.  However, analysis of a series of Luftwaffe photomosaics showing a section of the the Bug between 09 May and 10 June revealed the Wehrmacht did prepare significant defenses along the river, where the only military facility was a small barracks at Wlowada. The imagery, covering a 70-km section of the river, was taken to analyze the riverbed for potential crossing points. Sandbars and other features were annotated. In all, 22 strongpoints were identified and these were probably connected by trenching which could be seen intermittently along the river.  Given the small scale and quality of the imagery used for the mosaics, the best example of the fortifications was the site at Hniszow (Graphic 1).  All of the defenses had been recently constructed and appeared complete; however, seven small bunkers were still being added to the site at Kuzawka (Graphic 2). The strongpoint at Dubienka was the only site on the east bank of the Bug (Graphic 3); it was accompanied by the most extensive trenching on the fortifications (map), but some trenching could be seen just east of the major crossing at Dorohusk (Graphic 4) and immediately southeast at Berezhtsi, Ukraine. 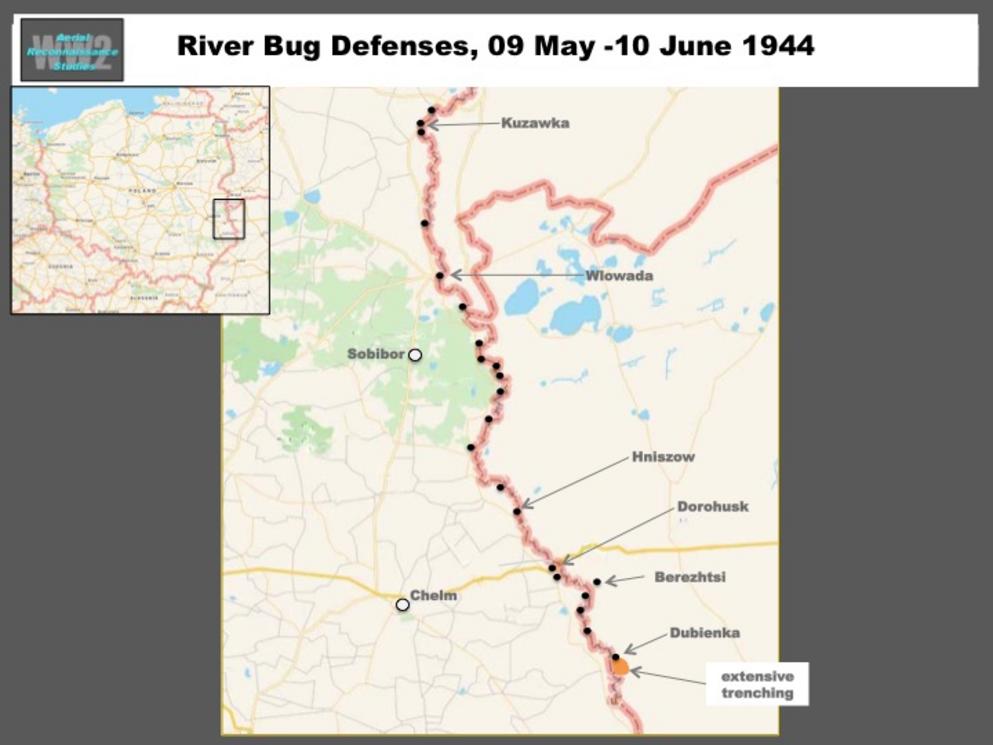