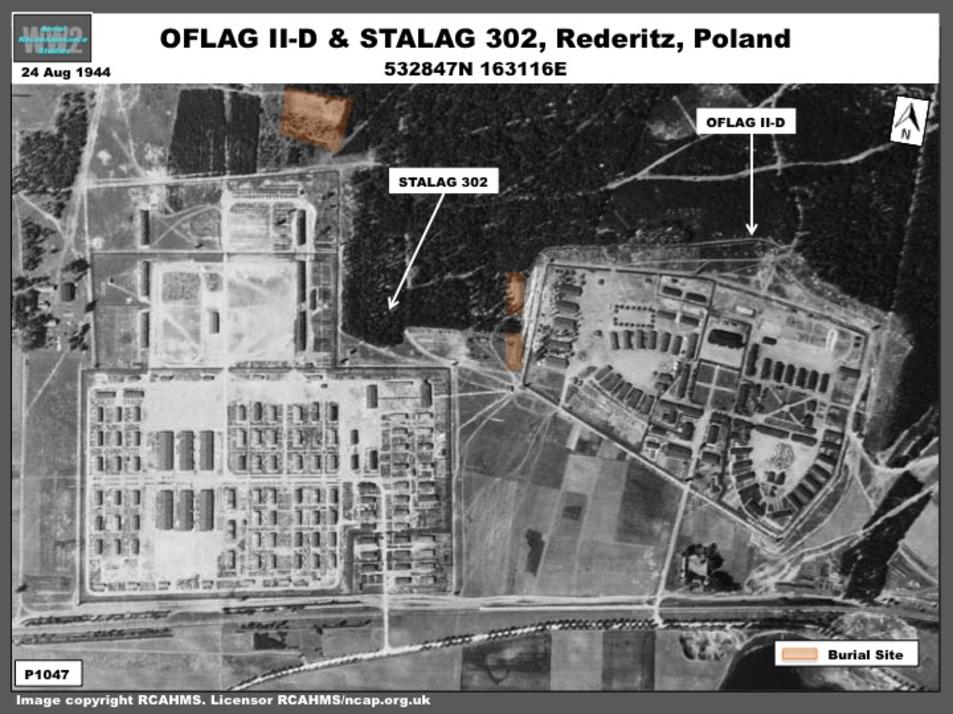 The plans of two camps captured on the imagery are nearly identical to a diagram displayed on a memorial which can be found on the the internet; clearly visible are the burial sites for each camp.

On 24 August 1944, two prisoner of war camps were imaged in the vicinity of two Wehrmacht garrisons at what is now Borne-Sulinowo,   (Gross Born) Poland (see article on the Pomeranian Rampart).  The history of these camps, OFLAG II-D and STALAG 302, plus another, STALAG 323, at nearby Barkenbrugge is somewhat unclear.  What was to become OFLAG II-D was constructed 11 km south of Borne-Sulinowo  near the town of Raderitz (present day Nadarzyce) and a new section of the Borne garrison. The camp first held Polish officers but eventually it housed French officers (1940) and once again, Polish officers (1942).  It is not clear when STALAG 302 was constructed, but its layout suggests it was built somewhat later.  The camp at Barkenbrugge (coverage not available) was built for Soviet POWs.