Coverage of the Bergen-Belsen concentration camp on 14 September 1944 revealed prisoner assemblies in at least two areas.  The largest group could be seen in the so-called "Star Camp" in a quadrangle used for daily roll-calls.  Another assembly in the womens' "Tent Camp" was in front of a large tent that had been erected since the previous day.  Another possible prisoner assembly was in the "Neutral's Camp." 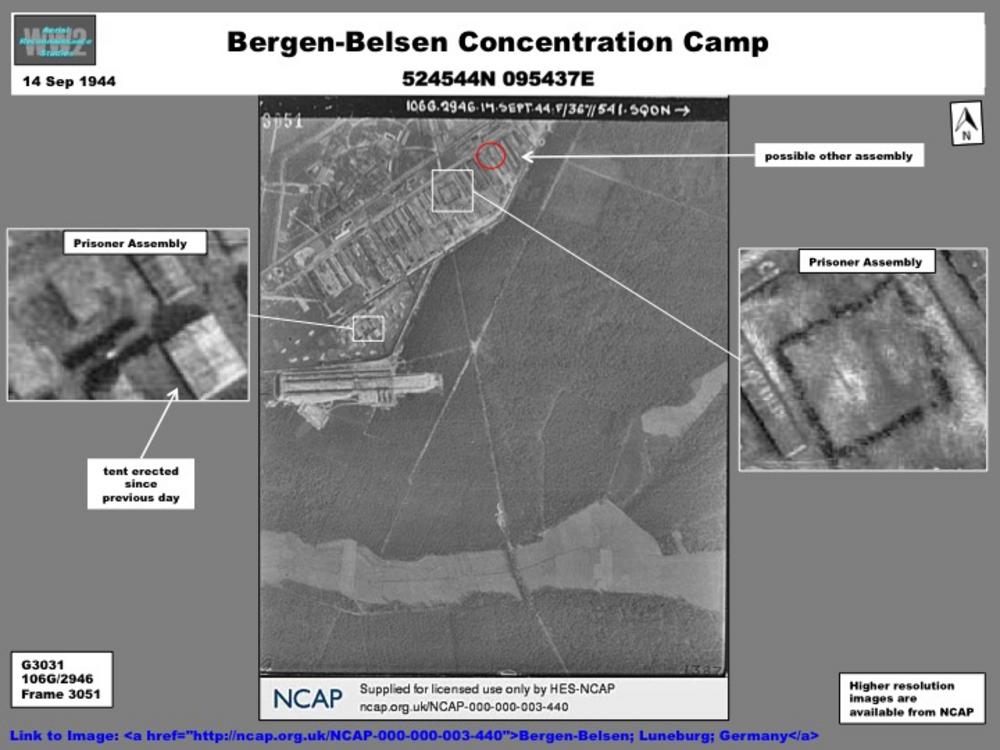