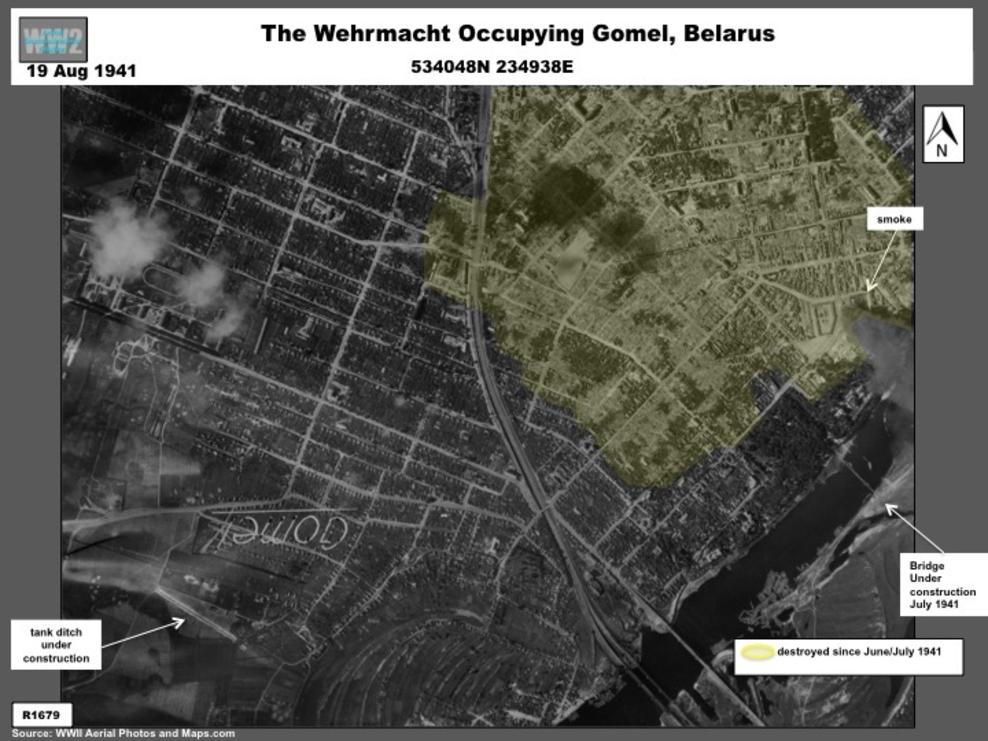 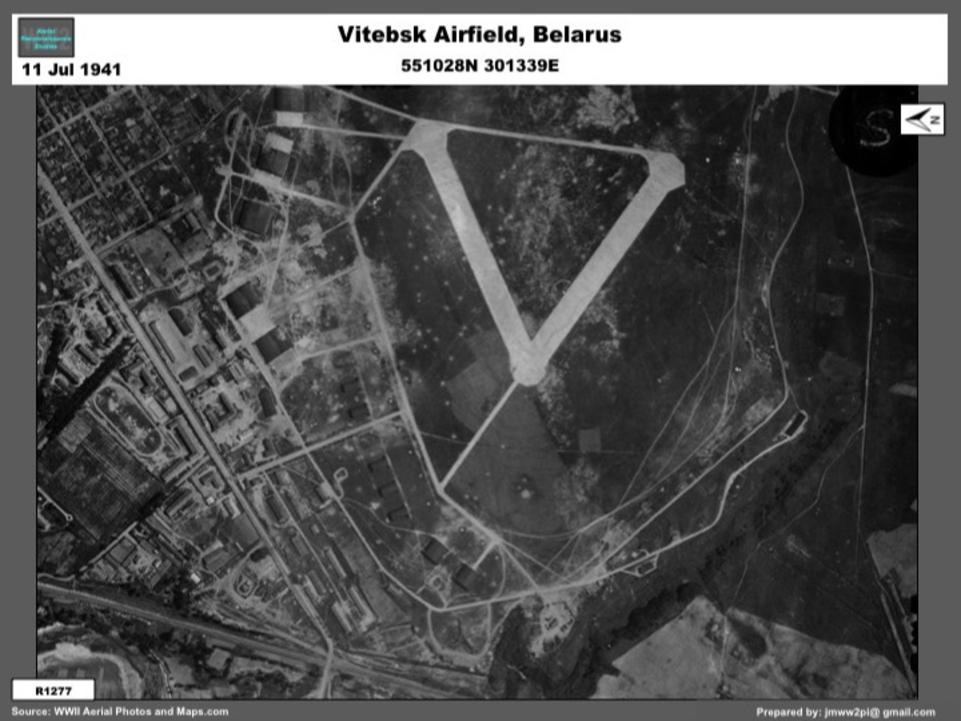 The following graphics show German forces entering the cities Grodno, Gomel, and Vitebsk, Belarus at the outset of Operation Barbarossa.  In an image of Grodno probably taken on 23 June 1941, smoke could be seen in areas where fighting was in progress (Graphic 1).  The area that was to become the Grodno Ghetto is indicated. The image of Gomel shows destruction in the city on 19 August 1941 (Graphic 2).​ 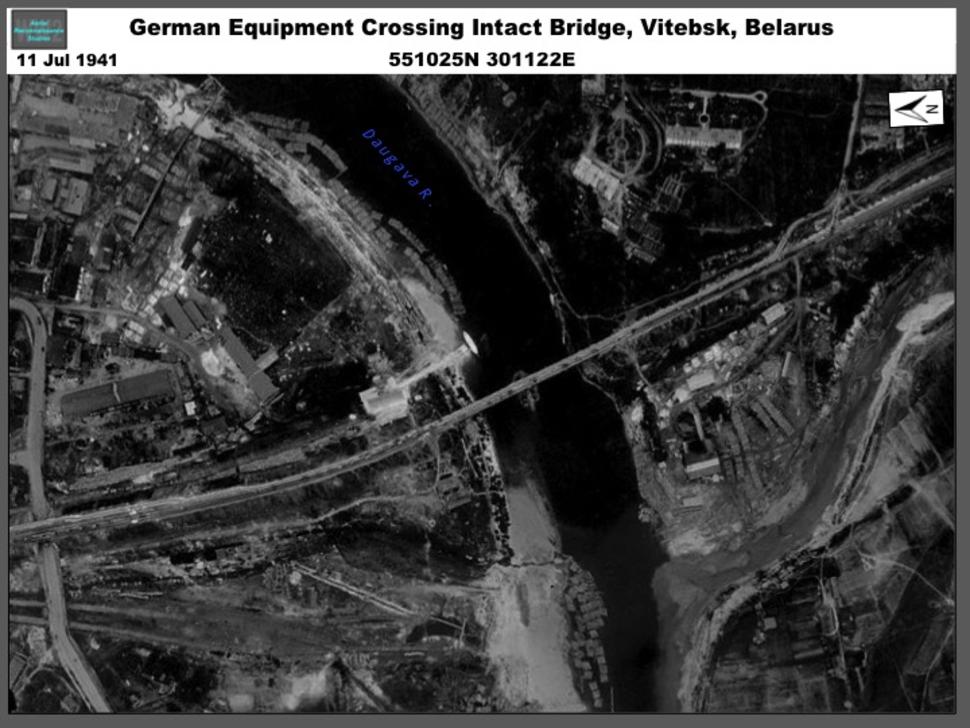 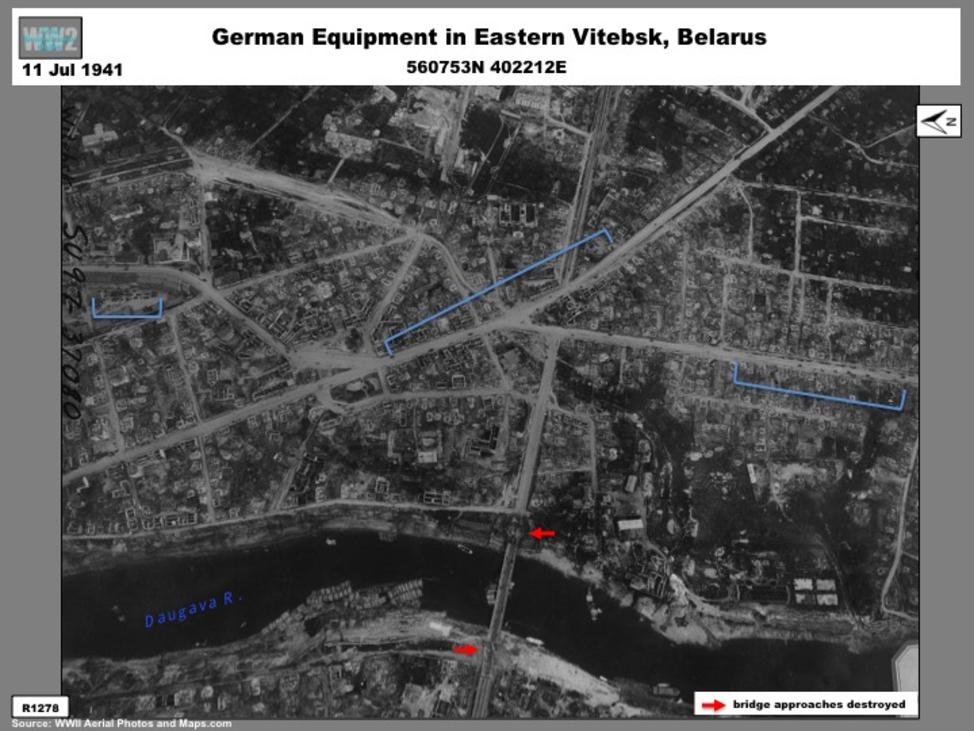 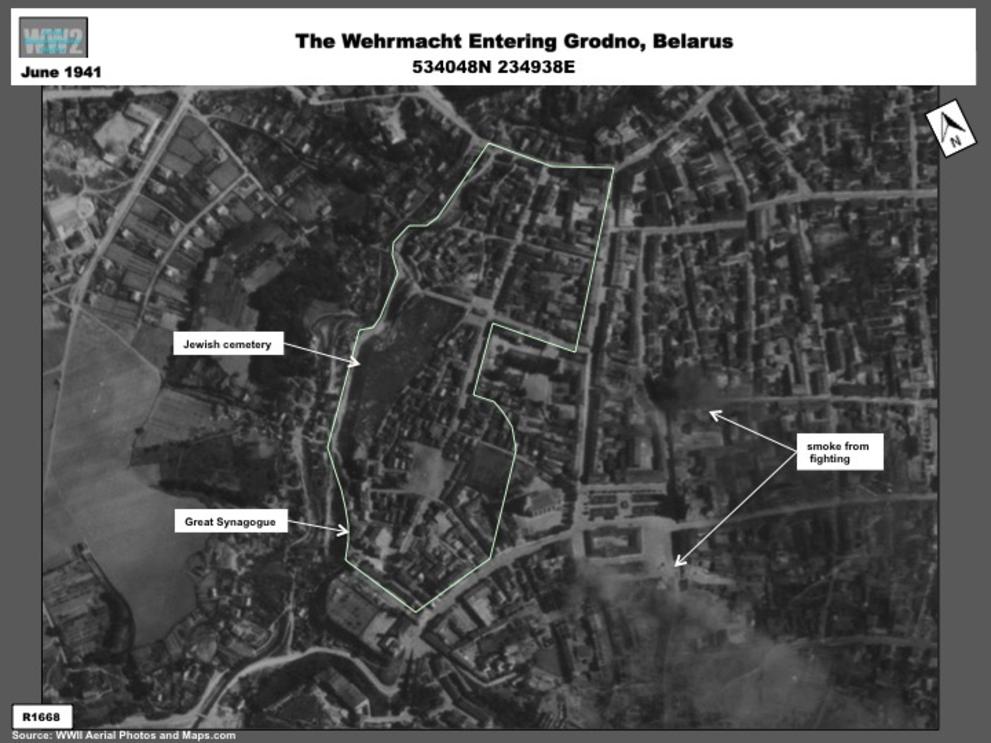 Widespread destruction --probably caused by retreating Soviets troops-- was also evident in Vitebsk on 11 July, the day the Wehrmacht entered the city Graphics 3 & 4).  German vehicles could be seen on roads in the eastern part of the city; a nearby highway bridge was impassable, but equipment was crossing an intact bridge to the south.  Vitebsk Airfield had sustained minimal damage from bombing(Graphic 5)